"Music is life!! it’s entertainment sure, it’s always religion, meditation, lifeblood. Songs are living breathing entities, artists that are lucky enough and have their antennae out and collect songs get to share them to the world to do with them as they feel freely to do. It can power movements, replace tense conversations, bring people together from opposite socio and political backgrounds to dance it out anonymously in clubs and shows."

The Harpoonist & The Axe Murderer

Blues-rock duo extraordinaire The Harpoonist & The Axe Murderer will be released their highly anticipated upcoming album Live At The King Eddy (Release Day: January 28, 2022), with an hour-long documentary to accompany the launch). Recorded on The Rolling Stones mobile studio - Now a marquee component of the Cantos Music Collection at the National Music Centre in Calgary, between 1970 and 1990 the studio was used to record a breathtaking array of classic masterpieces, including four Led Zeppelin albums, three by Deep Purple, two by Peter Green-era Fleetwood Mac, The Who (Who’s Next), Bob Marley & the Wailers (Live!), Santana, Dire Straits, Ten Years After, Iron Maiden, and many more, as well as Sticky Fingers and Exile on Main Street by the Stones themselves. With "Live At The King Eddy", Shawn “The Harpoonist” Hall and Matthew “The Axe Murderer” Rogers, now join that dizzying, legendary company as the first-ever Canadian band to be recorded. Carefully assembled from the most powerful performances of a three-night residency at Calgary’s historically iconic blues mecca, the King Edward Hotel, between February 15th and 17th, 2019, Live At The King Eddy arrives as the latest instalment of an already storied career that has to date produced six stunning studio releases.                          (Photo: The Harpoonist & The Axe Murderer) 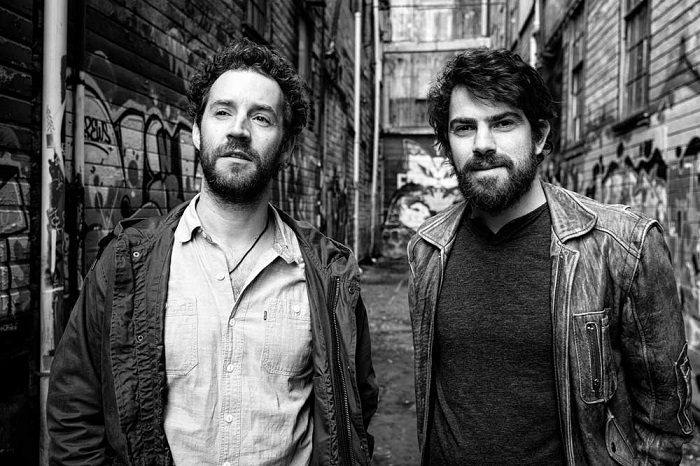 Following the independently released, raw folk and country-blues excursions of 2007’s The Blues Can Kill and the following year’s eponymous album, vocalist and harmonicist Shawn Hall – the Harpoonist – and guitarist Matt Rogers – the Axe Murderer – truly hit their stride and found their sound on 2012’s Checkered Past. This self-released record established a contemporary blues identity entirely their own, leading one fan to sanctify the duo as a 21st-century version of Sonny Terry and Brownie McGee. Featuring powerful contributions from Vancouver soul powerhouse Dawn Pemberton, Winnipeg-based musician Andrina Turenne, and keyboardist Geoff Hilhorst, Live At The King Eddy was mixed by Graham Lessard at the National Music Centre. At this juncture of The Harpoonist & the Axe Murderer’s journey, regardless of their enforced absence from the road a live album is a logical release. Live At The King Eddy closes a 15-year chapter, paving the way for…well, as Shawn ardently hollers on "Get Ready"… who knows what. Whatever may lay ahead for him and Matt musically, it’s certain to deliver good vibes, rock, groove, and soul in abundance.

Matt: At around age 15 blues and rock counterculture was my beacon of hope avoiding the banality of the popular music path. Not that that music was inherently bad at the time, but it gave me a chance to express myself as an individual.

Shawn: That’s a heavy question. I guess you can say it’s taken me down some serious back alleys and roads less travelled in my life, especially coming from a lineage of academics. I used to play cello in an orchestra growing up till I was about 19. When I was around 16, I remember taking my harmonica, a gift from my father’s mum to me 2 yrs. prior, around to clubs in Toronto on school nights to hit open mic jams. That was my 1st major musical detour from classical to the blues. My next detour was 2nd year of university where I was moonlighting with my band on weekends, and I was confronted by my social studies prof and urged to pick an interest, University or the Band. I dropped out and headed off into the world of employment a little early and under prepared but have stuck with my journey in music ever since.

How do you describe duo's sound and songbook? Where does band's creative drive come from?

Matt: Our duo’s sound is our hearts expressed in sound waves, and our song book adds some lyrical context to that. Our drive is just like any other artists’ - we want to communicate and connect in a way beyond words and conversation.

How did that relationship (Matt & Shawn) come about? Do you have any stories about the making of the new live album?

Shawn: We met while doing a radio jingle for a Jamaican Pizza joint in Vancouver around 2002. Matt played guitar and I sang. We simply wanted to try our hands at making a good live record. I know the art of the live record is out of season these days, and we wanted to discover firsthand what it would be like to try that outfit on so to speak. What kind’ve of compromises we’d be faced with, no overdubs, just 3 nights of shows to choose from. We were just more than anything curious to see what the magic would be like to mess with, especially in a digital age of endless takes and edits, and trickery. 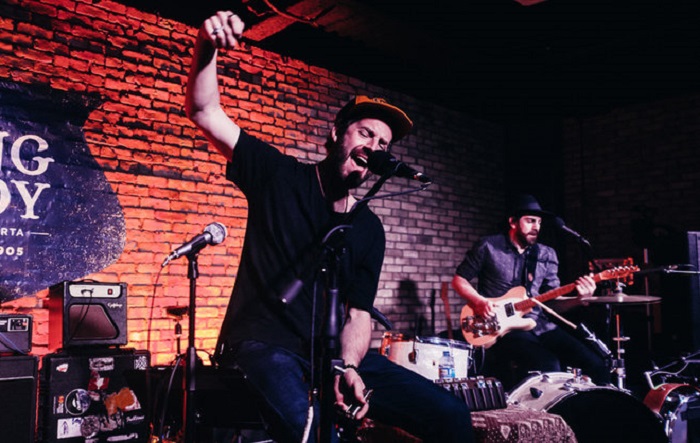 "Our duo’s sound is our hearts expressed in sound waves, and our song book adds some lyrical context to that. Our drive is just like any other artists’ - we want to communicate and connect in a way beyond words and conversation." (The Harpoonist & The Axe Murderer / Photo by Sebastian Buzzalino)

Shawn: Here’s One; You always have a 2nd chance to make a 1st impression, Always!!! I say this because the ego tends to do things sometimes that don’t always suit its owner, all in the name of performance or grandiosity to protect the fragile nature of who we really are underneath. Another one, always be the 1st to break the ice and make everyone genuinely feel comfortable. I’ve done this for years almost selfishly to a point so that I can help set a tone or ground a room and allow folks to feel very good and free to say anything, and myself to do the same.

Matt: I remember us playing for an audience of 5 in Sydney, Australia thinking ‘why did we travel half way across the world for this?’. I remember us opening for Taj Mahal while our just-born sons watched side-stage on a floating stage and thinking ’these are the memories you will cherish for the rest of your life'. I remember us sitting in a Walmart parking lot in Indiana eating arugula and tomatoes waiting,,,, waiting,, waiting… for hours because we didn’t know where our next gig took us. I remember a concert promoter in Spain feeding us fresh truffles. But mostly I remember the joy on people’s faces, and the joy on our faces when we were in the pocket making everyone happy (or maybe it was the booze).

Shawn: I’ll always remember opening up for Taj Mahal at the Kaslo Jazz fest 2012 on a floating stage in the Kootenays in British Columbia and watching my son Quincy yelling at Taj and his band in between songs and seeing his drummer look over and pointing his sticks and smiling at Quincy. That evening was Electric!! Another one that comes to mind was jamming with Bombino at the Winnipeg Folk Fest around 2012 alongside Tony Furtado and witnessing this performer lift off the ground with his band and me and Matt having the ride of our life hanging onto these wonderful north African dessert blues grooves. Unreal!! 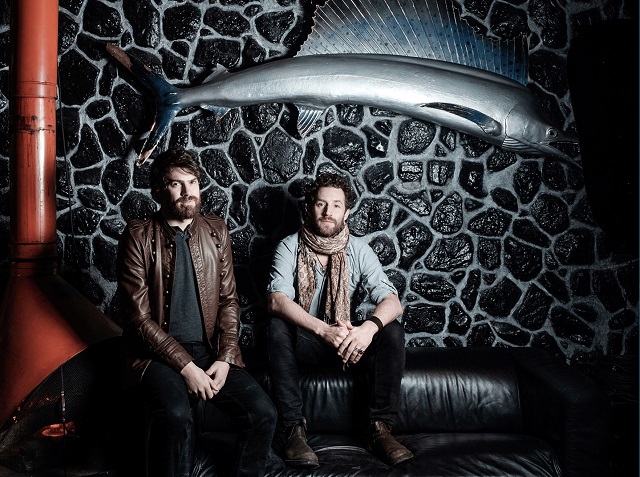 Matt: I don’t miss music of the past. It lives on. I am constantly inspired by it. My hope for music of the future is that it remains human.

Shawn: I miss Shows, outdoor summer shows. I miss big bass sound systems, I miss people losing themselves in the dance. I miss the social interactions of strangers. I miss the summer dresses blowing in after noon wind. I miss beer gardens, and did I mention talking to strangers?! I guess I failed that question, lol. More to the point I miss artists focusing on their art and not their social media score scores. I miss the mystery of the artist, now most of us over share … and that’s boring AF.

Shawn: Music is life!! it’s entertainment sure, it’s always religion, meditation, lifeblood. Songs are living breathing entities, artists that are lucky enough and have their antennae out and collect songs get to share them to the world to do with them as they feel freely to do. It can power movements, replace tense conversations, bring people together from opposite socio and political backgrounds to dance it out anonymously in clubs and shows. It can also polarize, it can heal to, it can cause great irritability etc... It’s a living art and needs to be treated as such, not just a numbers game like Spotify would have you believe.

Matt: Today. Let’s just stay here and stop thinking that the grass is greener and enjoy what we’ve got.

The Harpoonist & The Axe Murderer - Home 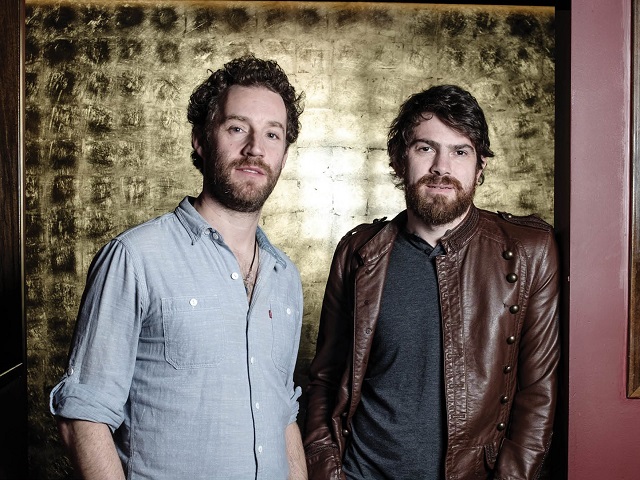