"The blues is the best way to express myself."

After playing for many years in different blues bands, Renaud Villet, a singer/guitarist/producer based in Clermont-Ferrand, France, launched his solo career in 2012 under the name Rivherside. His first album, “Something on My Mind,” with a strong Blues/Roots orientation, was released in 2013 on Keffren Records. Acclaimed by music critics, it allowed Rivherside to perform more than 80 concerts as a One Man Band accompanied by a Farmer Footdrum. In 2014 he decided to broaden his horizons and began to mix Blues with Electro and Hip-Hop sounds, releasing the self-produced, 4-track “Electraw Blues EP.” Rivherside began to perform live in an electro configuration, playing samples using Ableton Live software.                                               Photo by André Hébrard 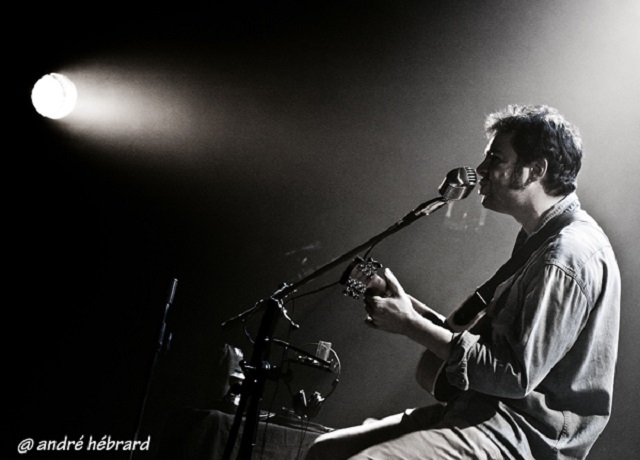 In 2015 he also collaborated with rapper TDB and along with him he released the “Inner Voices” EP in early 2016 on the new electro label Sticks and Stones Records. Now, he’s back with a new 12-track album; the long-awaited Electraw Blues Album (June 2016) by the famous Dutch label Black and Tan Records, as part of Rivherside’s quest to push the envelope of the Blues universe.

To me, the blues is the best way to express myself. I learned that, although I am fascinated by the sound of blues pioneers, I don't have to try to imitate anyone, I just have to find out my own sound.

How do you describe Renaud Villet / Rivherside sound and songbook? What characterize your music philosophy?

Rivherside is the project where I can play any kind of music that I like (Mostly Blues, Rock, Electro and Hip Hop). I'm the only one involved in this, so I can really put what I want, without limits.

Back in 2011, I had the chance to tour with my ex duet (Mellow Blues Duo) in the USA, between Chicago, and the Mississippi, including St-Louis and Memphis. It was a dream that came true. It was even better that I could imagine!

Today, I'm disappointed with the fact that most of actual blues releases don't bring anything new, and that's why I only listen to very few blues in the recent years. I hope that it can change, and that Blues could sound new and different. But on the other hand, I sincerely admire the musicians who play with passion the blues in an authentic way.

What are the lines that connect the legacy of Blues with Electro, Rap and Hip-Hop sounds?

Easy! All these musics were played first by Afro-American people. And they all have the hypnotic vibe that I love.

What touched (emotionally) you and what were the reasons that you started the one-man- band experiments? 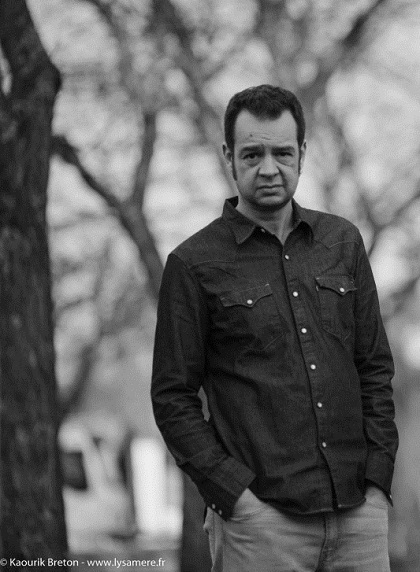 Mainly for practical reasons, because everything is easier when you play alone, and it was also a challenge for me. And of course, being alone allows me to collaborate more easily with other musicians.

"Today, I'm disappointed with the fact that most of actual blues releases don't bring anything new, and that's why I only listen to very few blues in the recent years." (Photo by Kaourik Breton)

Work and perseverance, which are not natural capacities for me.

Very difficult to answer to this question, because I think Blues had an impact a long time ago, in another country, so I can't really explain...

I would like to go back in the 60's, the summer of love, Swinging London...