"Blues music being a true form of musical expression, it transcends all racial and social barriers and unites people regardless of their ethnic background or socio-economic status. That is why people from all over the world are embracing the Blues."

JJ Fields: Walkin' With The Blues

One of South Australia’s best blues and roots guitarist JJ Fields is a solo artist in Adelaide, Australia. Greek origin musician JJ Fields (Sav Palaktsoglou) has been active in the Australian blues scene since 1989 in award winning bands such as The Streamliners, Blind Dog Taylor & The Heat and has also won SA Blues Guitar Player of the year in 2008. He has appeared on the same bill with artists like Junior Wells, Canned Heat, Eric Burdon, Fabulous Thunderbirds and has shared stage with Big Jay McNeely, Carey Bell and many more. As a solo artist he reproduces authentic blues styles with an original touch and a refreshing approach. His solo work has appeared on 'Boogie with Canned Heat' documentary and can be heard on his 2012 release 'Blue No More'. Whenever J.J Fields plays you will hear authentic Blues and Roots styles with an original feel and refreshing approach. His work has also appeared on Boogie with Canned Heat documentary. 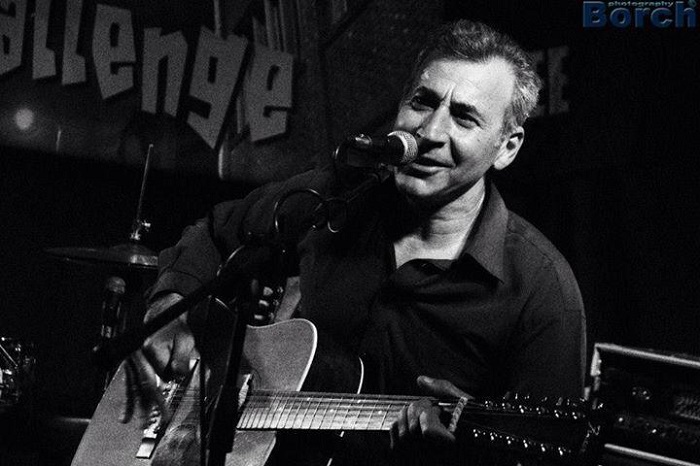 Radio Adelaide producer, Mike Hotz says: J.J. is a master guitarist, moving comfortably between 12 and 6 string acoustic instruments, and singing in an emotionally charged, impassioned manner reminiscent of yesterday’s Bluesmen. Not only does he cover some of the Blues panoply’s more well-known tunes, he effortlessly moves into ragtime guitar, and self-penned material one would swear were written by Blues masters such as Lonnie Johnson or Blind Blake. In between tunes J.J. will beguile you with his open, good humour and humble approach, and you will know that you are witnessing something truly special. Genuine Blues music such as those with which J.J. Fields regales his appreciative audiences are so rare in Australia.

The blues has taught me honesty. You can't fool the blues- you have to be sincere and play from the heart. The blues is a true friend who has been there for me through good and bad times.

What were the reasons that you started the Blues/Roots researches? What characterize your sound & songbook?

Growing up in Greece I was exposed to many types of music: Greek music, classical, early 70's Rock and by my early teens I was gravitating towards Johnny Winter, Rory Gallagher, Allman Brothers, Canned Heat -It was through those bands I got introduced to the sounds of Muddy Waters, John Lee Hooker, then looking further back I found the music of Big Bill Broonzy, Blind Blake, Robert Johnson and so many more. I became so passionate about the blues and I wanted to listen to as much as I could possibly get my hands on. My sound is a combination of all the musical styles I was exposed to with a strong emphasis on rhythm and my songbook is a reflection of life experiences and my love for the blues which I feel is growing stronger. 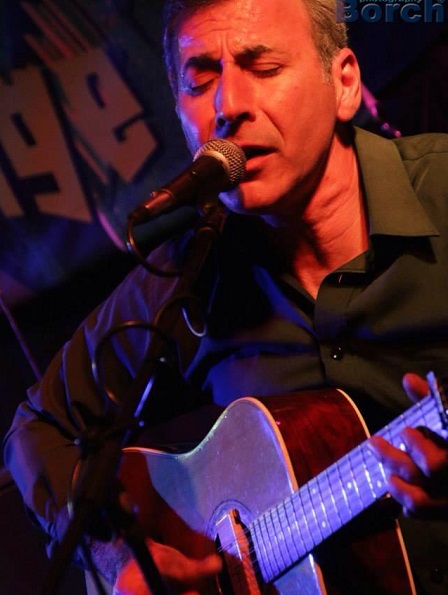 I would have to say being backstage with Junior Wells, hanging with the guys from Canned Heat and playing with Carey Bell and Big Jay McNeely would have to be some of the greatest experiences in my musical career. As far as the best advice goes would be to be true to yourself and never give up.

"I wish that governments would realize the importance of music and make it more of a priority."

Are there any memories from Junior Wells, Canned Heat and Carey Bell which you’d like to share with us?

I remember being backstage with Junior Wells-his band had already started playing and he was talking to me and my friend Nick Kipridis (we were playing in the opening band) and when we suggested that maybe he should be on stage (the band has being playing for 10 minutes), he just laughed, told us not to be concerned about that and started singing to the music while he casually made his way to the stage. What a character!

Being on the road with Canned Heat as a stage manager was a great experience -I even got a bonus at the end of the tour because I didn't lose any of the stage gear! A few years later I got involved in the making of a DVD about the band where I also play some of the background music. It's amazing how this band is still going, after everything they've been through; I suppose that's living the Blues!

I miss the originality from the blues of the past, the fact that every artist had his own sound. Although there some great players around, a lot of blues today is an attempt to recreate that old sound but is not capturing that spontaneity. Nevertheless there is still some great raw blues being recorded and performed and I hope it would help to keep the blues alive in the future

I wish that governments would realize the importance of music and make it more of a priority. By supporting existing venues and creating live music events, musicians could be performing constantly and music culture would flourish. 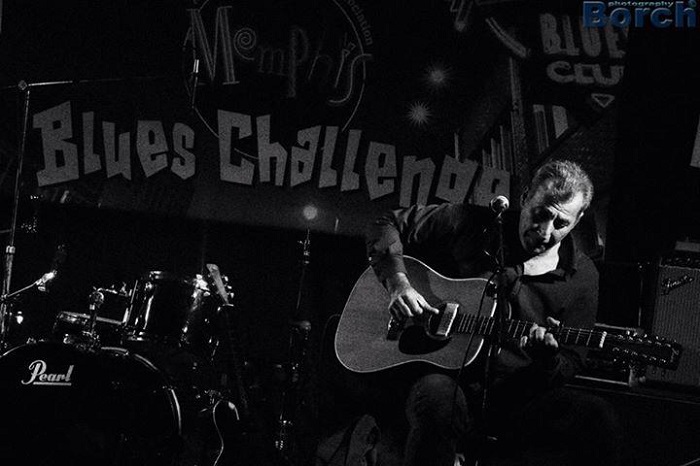 "I miss the originality from the blues of the past, the fact that every artist had his own sound. Although there some great players around, a lot of blues today is an attempt to recreate that old sound but is not capturing that spontaneity."

Blues has had a strong following in Australia and its more popular now than ever especially with the younger generation. The blues scene used to be mainly blues/rock oriented but nowadays it seems that people are becoming more receptive to traditional blues forms as well, so I believe this is the most interesting period and Blues music is gaining a wider audience.

What are the ties that connect the Blues from US/UK to Aussie? What touched (emotionally) you from local scene?

Australia being a British colony was always influenced musically by the UK but there are also strong ties with US through jazz and rock'n'roll. But I would have to say that Australia got introduced to Blues from UK bands mainly, such as the Rolling Stones. Now as far as being touched by the local music scene, it would have to be watching young players laying some great blues! that is special!

Blues music being a true form of musical expression, it transcends all racial and social barriers and unites people regardless of their ethnic background or socio-economic status. That is why people from all over the world are embracing the Blues.

You’re a Greek origin musician, are there any similarities between the blues and genres of Greek music forms? 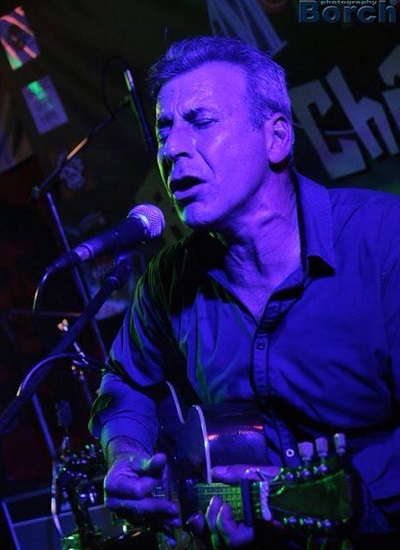 Rebetika a Greek music form, I believe is very close to the blues-it too describes hardship, suffering and it has that soulful heartfelt sound. It was music for the poor people in Greece and like blues it wasn't till much later since its conception that it was excepted by the general public.

"The blues has taught me honesty. You can't fool the blues- you have to be sincere and play from the heart. The blues is a true friend who has been there for me through good and bad times."

I wish I could be in Chicago in the early 40's to see Big Maceo and Tampa Red play.