"Music is a great platform to share important messages and it does bring people together in a very deep way."

Mary Jo Curry is an electrifying, engaging, entertaining, powerhouse blues vocalist based in Central Illinois. Legendary, BMA nominated, international recording artist, James Armstrong, said that “Mary Jo has a voice, confidence, and stage presence that is hard to find these days.” Mary Jo just released her first powerful CD, simply titled “Mary Jo Curry” (by Guitar Angels Records, July 2016). The CD was produced by the incomparable James Armstrong. The CD provides the listener a great cross section of the type of music you will hear when you attend a Mary Jo Curry live performance. The CD features 4 original songs written or co-written by Mary Jo, and 5 outstanding blues compositions where Mary Jo puts her stamp on songs previously recorded by female blues greats that have inspired her. Mary Jo’s talent has been recognized by having the honor of receiving the 2016 Kankakee Area Music Awards, “Best Blues Artist.” 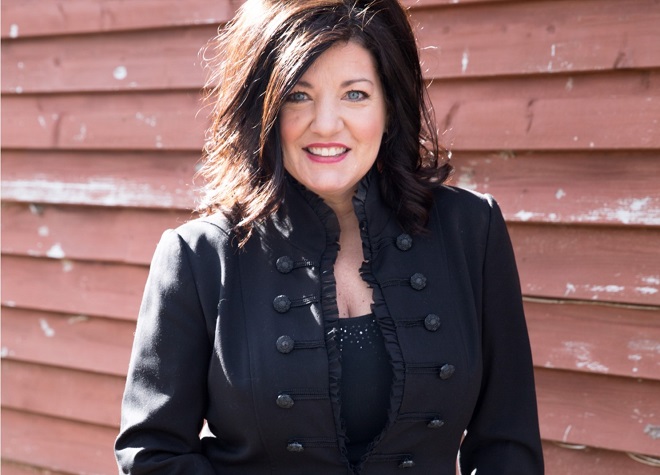 Ms. Curry’s college training was in theater performance and voice. Her professional career started as lead singer in a popular rock cover band. While doing a show with a local theater group, Mary Jo was “discovered” by theater talent scouts who wanted Mary Jo to audition for a role in a major touring troupe; this audition led to a stint as a professional theater performer. Five years ago she fell in love with blues music, and was soon invited to join a Central Illinois blues band. The band quickly realized that Mary Jo was the real deal, and the band restructured itself to feature Mary Jo as the lead vocalist. Mary Jo is joined onstage by her husband, Michael Rapier, who plays lead guitar, acts as band leader, and shares in the songwriting duties. The last 5 years have been the incubator to allow Mary Jo to shape her sound and her direction as a blues performer, and she is now ready to bring her blues to the world.

As a late comer to the blues, having discovered it by accident, I felt like I was home. This music was something that felt so familiar to me, like it was in my bones, but never had a chance to get out. The sound, the grit, took the lid off of who I really am. Blues captured my heart and soul straight out of the gate. It was an instant obsession. As if I was dying of thirst and blues was water. I think the blues, especially the female artists, helped teach me that I was relevant. My life story, like everyone’s life story has worth, it is valuable. I can so relate with the story telling of Koko Taylor, Ruth Brown, Big Mama Thorton, Sugar Pie DeSanto, Ida Cox, Francine Reed. I liked their strength and sass and it finally felt like it was ok to be me. I was raised in a prim and proper home, the youngest and only girl with 7 older brothers. I think I was raised to be seen and not heard, but I was never good at those things. So, the blues to me means home. It means freedom. It means strength. I found myself, who I really am through the blues. And I also found my husband! Ha!

How do you describe Mary Jo Curry sound and songbook? What characterize your music philosophy?

I guess I would say that I strive for quality, and substance. By studying music, I’ve developed a good ear, and I like that my voice is adaptable to many styles and it remains authentic. I’m not striving to sound like anybody else. I have been influenced by many great artists, but I work to keep my sound my own. I really enjoy interacting with an audience and love songs that allow me the space to do that. I would say my songbook ranges from comedic sass and attitude to heartbreak and longing.

My music philosophy is quality on all fronts and it has to come from a place of authenticity. Professor Johnny P’s Juke Joint reviewed my album, and said “She manages to find that line between old school blues and modern songwriting.” I think that’s a pretty good description. And I’m not going to try and sell a gimmick (a certain look) or box myself into a certain sound that’s not authentic to myself.

In regards to this album, first & foremost, the great James Armstrong has been a major influence on me and the catalyst to get recorded and look to a bigger horizon. He believed in me so much that he committed himself to seeing that this project happened. He took me under his wing, and I trusted him to show me how to get this album recorded. He was relentless, “you’ve got to get recorded!” Without James I wouldn’t be here. 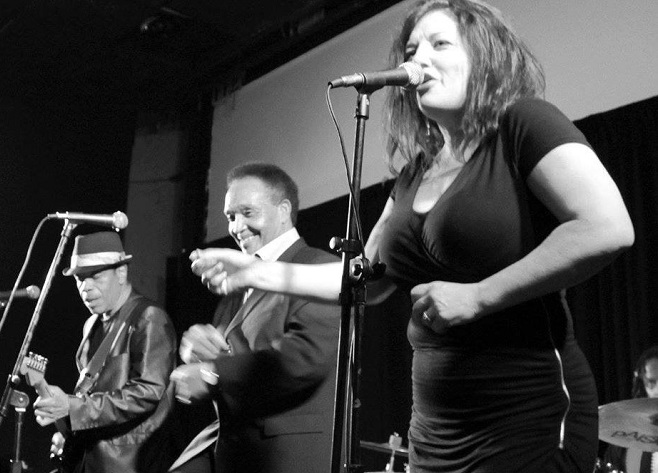 "It’s a great time to be a female artist in the blues and I love it. There are a number of terrific blues women doing well and they are showing up all over the charts." (Photo: Mary Jo Curry with James Armstrong and Johnnny Rawls on stage, The Rockin’ Blue Soul Revue 2016)

There’s been so many great moments performing with great artists that have become close friends. Those moments are always special. There are a few experiences that really stand out though. I had the incredible honor of having Albert Castiglia perform at my wedding reception. The night evolved into a great jam, and at one point during the night I was on stage singing with Albert and James Armstrong on guitar. An incredible experience.

Another great moment, Johnny Rawls was playing at a club, The Alamo, in my hometown. He was singing this great song, and started strolling through the audience, he held the microphone up to me, I guess because he had heard I could sing. (he may have been testing me) I didn’t know the words so I just started riffing. After a few measures he pulled back the microphone, and said to the audience, “she’s good, I mean really good” and then he gave the microphone back to me, to continue singing. A few months later I did a show with James Armstrong and Johnny Rawls, The Rockin’ Blue Soul Revue.

One of my favorite songs to perform live is, “Wait for Me”, made famous by Susan Tedeschi, and written by Felix Reyes. A friend of ours, Luca Giordano, was performing in Springfield for our blues club, and by good fortune, he had Felix Reyes playing bass in his band. I was invited up to sing the song with Felix and the band and it was incredible. The next day he complimented my performance on Facebook, and he tagged Susan Tedeschi on the post. Very exciting and humbling at the same time.

Blues has to come from a place of authenticity. I think in the past, they were less concerned about technical perfection, and more concerned about sharing what was on the inside. I hope blues artists continue to remember to feel it and make the audience feel it, and not let their blues evolve into a slick rock show.

If you have to use auto-tune to record or to perform vocals live you aren’t a singer, and you should take up tambourine instead. 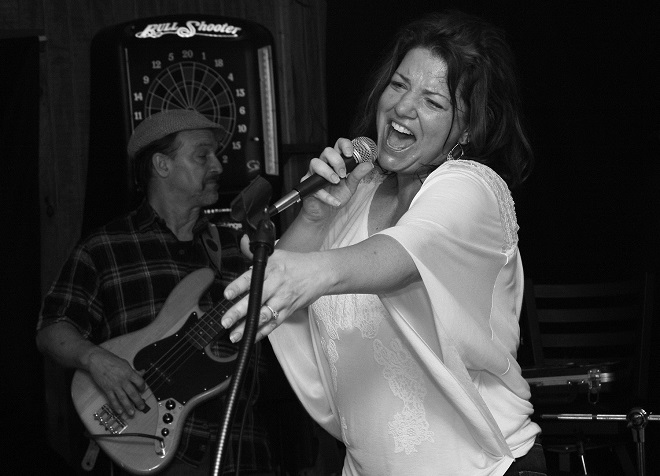 "Blues has to come from a place of authenticity. I think in the past, they were less concerned about technical perfection, and more concerned about sharing what was on the inside."

How has Billy Holiday, Etta James, Bessie Smith and Koko Taylorinfluenced your views of the world and the journeys you’ve taken?

They were all strong women and they said it like it was through their music. They weren’t concerned about fitting into societies mold, and they delivered their songs from a place of strength from a woman’s perspective. I am also influenced by Francine Reed, Denise LaSalle, Susan Tedeschi, Janiva Magness, and the male greats as well. Especially Albert Collins for his great sense of humor in music.

It’s a great time to be a female artist in the blues and I love it. There are a number of terrific blues women doing well and they are showing up all over the charts. And personally, I grew up with 7 older brothers, and a strong father, so I am very used to living in a man’s world. I love pushing back against the stereotypes without being strident, always keeping a good sense of humor, when I want to a make a point.

What is the impact of Blues, R&B and Soul music to the racial, political and socio-cultural implications?

Music is a great platform to share important messages and it does bring people together in a very deep way. I don’t have a lofty political or social agenda. Connecting with people through music on a basic personal level when we are together or when they hear my songs on the radio is my agenda.

I’d go back and spend a day with my Mom in Pensacola Beach, Florida. We’d walk along the beach, talking, singing, laughing, looking for sand dollars. That is where I’d be. 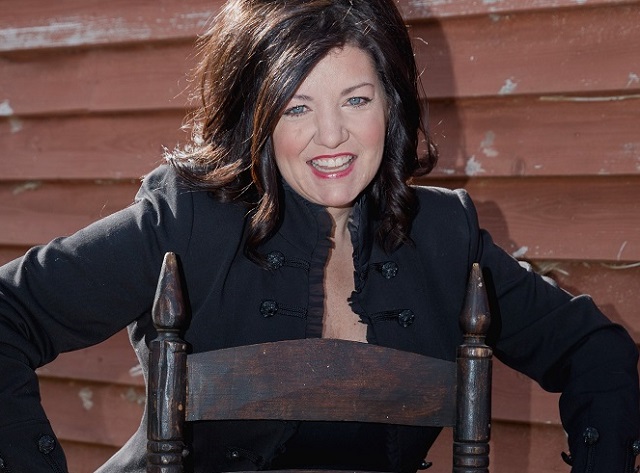