"What do I miss most? Surely not being able to be in the Mississippi, the birthplace of the delta blues, but also in the clubs of Chicago and New Orleans, where the blues has then developed with its different facets."

Adriano Siberna aka zioAdri is an Italian freelance photographer who has always been attracted by nature and landscapes. Since he was a boy he has been interested in photography and expression through images. In the last 15 years - after meeting the president of the Italian Blues River association that involved him in the live music world (in particular the world of blues) - he has combined the two passions for music and photography, trying to capture the moment in which the musician he meets on his path expresses his art. He is engaged in programming and assisting musicians and also as a photographer and videomaker at the Bellagio Blues Festival, an initiative that takes place in July and August in the beautiful town on Lake Como, nicknamed "The Pearl of the Lake". 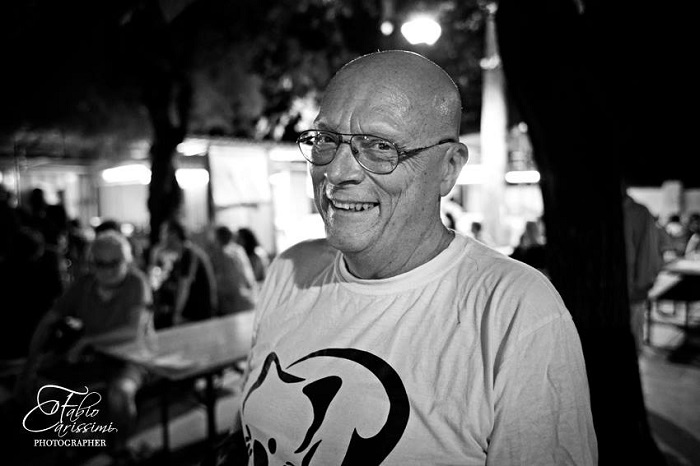 For a year he has been collaborating both in programming and as a photographer and videomaker in the blues evenings at SPIRIT DE MILAN, the new milanese point of reference for music and entertainment. Adriano will be present with his personal photographic exhibition at the festival of Ameno (NO) on September 7-9; this exhibition aims to summarize the emotions and atmospheres that are experienced during the events, told by the eye and above all by the soul of the photographer. Music perceived not only through hearing but also through images. He regularly participates in numerous events and blues festivals throughout Italy - including Ameno Blues, Italian Blues River (Brivio LC), Blues River Festival (Trezzo d'Adda MI), Levico Terme Blues Festival (TN), Pignola Blues (PZ) for finish with the great gathering of Blues Made in Italy (Cerea VR).

I state that my relationship with music began since adolescence, I was and still am a lover of rock and prog, my first album was Deep Purple In Rock. I was always fascinated by the world of music and as a young man I followed my idols in magazines and radio broadcasts (especially “PER VOI GIOVANI”). This led me to follow live the concerts of various Italian musicians, from Pino Daniele to Napoli Centrale, from PFM to Perigeo, Banco del Mutuo Soccorso etc .. up to participate in great shows organized in Milan, where I could attend performances groups like Led Zeppelin, Santana, and characters like Bob Marley and Bruce Springsteen. My dream would have been to participate in the Woodstock festival, but I was too young, even if already influenced by hippie culture.

What were the reasons that you started the photo art researches? How do you describe your philosophy of shooting?

Since I was a boy I had a passion for photography, I shot in b/w and developed the photos in my room: they were photos of my city and the cities I visited, I was fascinated by the architecture of churches and buildings. Later I dedicated myself to nature photography - I am a byrdwatcher - taking part in trips organized by Italian associations or with some friends. Finally, for about fifteen years, I discovered the world of musical photography, which allows me to combine my two great passions. In this context I think that the most important thing is to be able to grasp the moment in which the artist feels the sensations and tries to convey them to the public, my peculiarity lies in interpreting these moments through my shots. I think it is more important to photograph with the soul, with the heart and finally through the eye, that having a great technique without transmitting emotions with your shot. 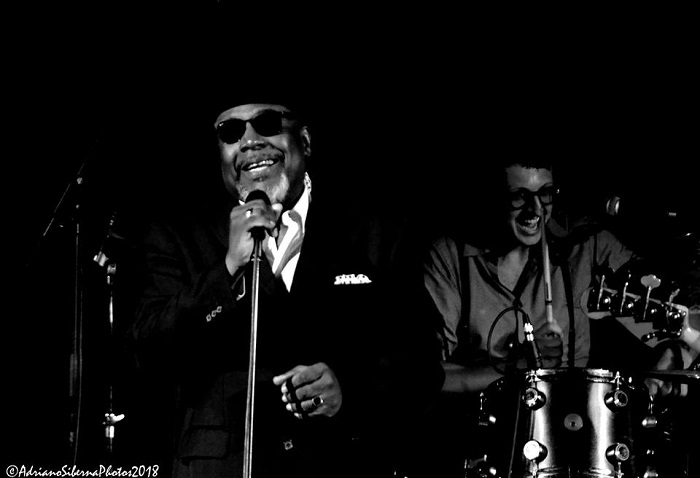 "More than in New Orleans or Memphis, I would like to go back in time to Clarksdale, the true cradle of the Delta blues, where Muddy Waters and John Lee Hooker come from, as well as Robert Johnson. Relive the atmosphere and the musical ferment of those years would be really fantastic!"

I spoke before my approach to the world of live music. In this a friend - unfortunately disappeared - who was also president of an association (Italian Blues River) whose purpose is to spread blues music in the area, has helped me a lot: he was an extraordinary person, enthusiastic about his "mission" and who knew how to transmit positivity to those around him. His advice was: do what you like to do and make you feel good.

Are there any funny memories from gigs, jams, shows and festivals in Italy which you’d like to share with us?

I have a lot of fun memories of the events I attended, but two out of all deserve to be mentioned here: we had organized a blues festival on the banks of the river Adda, in northern Italy, the weather was not good, we mounted the covered stage in the first afternoon and made the sound check of the artists before dinner. While we were at the table hell broke out - on the other hand in the evening they would play the music of the devil - and we ran out to lower the stage and save the equipment. The evening took place then, keeping the public under the gazebo, while it was raining outside. Another funny episode happened in Switzerland - it was January: I accompanied an Italian group, friends I had known for some time, and while waiting for their performance, the tension increased. So I accompanied the singer and the saxophonist to the bar and I ordered an excellent bottle of Chilean Cabernet, which we drank chatting while it started to snow ... after three hours 60 cm of snow had fallen.

What do I miss most? Surely not being able to be in the Mississippi, the birthplace of the delta blues, but also in the clubs of Chicago and New Orleans, where the blues has then developed with its different facets. In Italy I see a growing level of music with great musicians who interpret the blues in their own way, bringing new ideas and new styles of arrangement of both classic songs and their own songs and this gives me confidence for the future, but at the same time I realize that the basics and the structures to increase the movement are lacking, as well as the lack of culture with respect to this kind of music.
But I also trust the interest and expertise of the various associations that deal with spreading the blues in our country. "Attending the Italian blues environment, I met many fantastic people (I do not speak only of musicians) with the same passion of mine, and with whom I shared trips and experiences. I have been invited very often to participate in festivals even in places far from where I live, and this has allowed me to get to know people better by traveling with them." Photo: Lino Muoio, Mario Insenga, Veronica Sbergia and Max De Bernardi - Blues on stage Made In Italy)

If you could change one thing in the "Italian Blues Scene" and it would become a reality, what would that be?

Here I refer to what I was saying before, starting from the basics - then from high school - to let the new generations know the "music of the devil" and above all the culture from which it developed and disseminate the history of the various musicians they approached this genre.

What touched (emotionally) you from the Italian blues? What are some of the most important life's lessons in the circuits?

Attending the Italian blues environment, I met many fantastic people (I do not speak only of musicians) with the same passion of mine, and with whom I shared trips and experiences. I have been invited very often to participate in festivals even in places far from where I live, and this has allowed me to get to know people better by traveling with them.
Speaking of missing musicians, I can’t forget Rudy Rotta, a fantastic guitarist and a wonderful man, always ready to give advice to young musicians and make them play at the opening of his concerts, giving them the chance to play with him and his band.

More than in New Orleans or Memphis, I would like to go back in time to Clarksdale, the true cradle of the Delta blues, where Muddy Waters and John Lee Hooker come from, as well as Robert Johnson. Relive the atmosphere and the musical ferment of those years would be really fantastic! 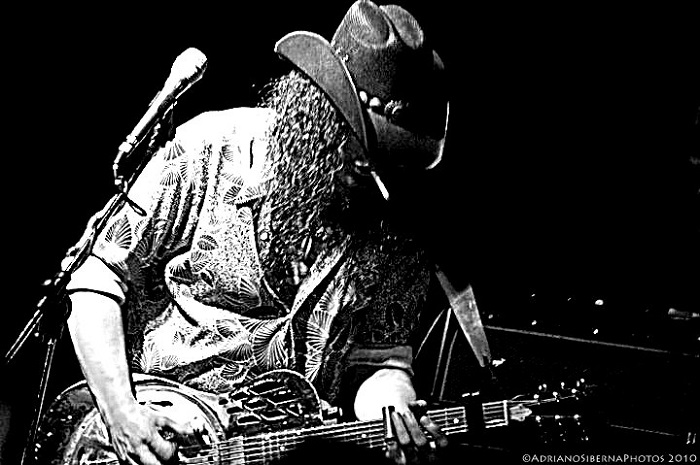