"Jazz and blues music and culture has opened numerous windows of realization for me. It’s been a conduit for spirituality, compassion, creativity, altruism and hope. Through my involvement, I learned to obtain the discipline required to express myself creatively on the drums and in my writing. Growing as a musician is a fascinating journey that continues to teach me invaluable lessons."

Jazz-fusion composer and drummer Bob Holz will be releasing his third album “VISIONS: Coast to Coast Connection,” (2018) featuring  bass legend Stanley Clarke! “This collaboration with the jazz star and Return to Forever bassist/composer, Stanley Clarke involved the recording of new compositions I wrote taken from my roots in jazz, classical, blues and rock music,” says Holz. Joining Holz and Clarke is former Mahavishnu Orchestra bassist Ralphe Armstrong who currently plays in Holz's touring band, Bob Holz and A Vision Forward featuring Jamie Glaser and Ralphe Armstrong. “My compositions have plenty of room for interplay between both bass players,” adds Holz. Bob Holz is presently managed by Roy Holland Productions and is signed to MVD Entertainment Group. “I'm really honored to record with Stanley Clarke as his music has been a strong influence on me,” added Holz. Clarke has written the music for over 70 major motion pictures in addition to his successful solo career and long tenure as a member of Return To Forever with Chick Corea, Al Di Meola and Lenny White. The recording took place in L.A. with famed sound engineer, Dennis Moody recording, mixing and mastering the performances. “Dennis mixed my last album and really knows how to create a world class record,” continued Holz. Moody also helped out with mixing Holz's band live last May at Catalina Bar and Grill Jazz Club in Hollywood, CA. Stanley Clarke also attended that concert which led to the upcoming recording session for Holz's next album. Additionally, Executive Producer Rob Stathis once again contributed his production skills to the making of the record. Rob Stathis has been involved with producing Holz's past collaborations with guitarist/composer the late Larry Coryell. Since the February 2017 release of Holz's second album, “Visions and Friends,” Holz's touring band, Bob Holz and A Vision Forward featuring Jamie Glaser and Ralphe Armstrong has played numerous live concerts from New York to California. The band features guitar guru Jamie Glaser and bass virtuoso Ralphe Armstrong. Los Angeles based keyboardist Billy Steinway has been an integral contributor to Holz's efforts playing both live shows and recording sessions. Steinway also joined Holz, Clarke and Armstrong on the recordings for the new album.

How has the Jazz and Blues music and culture influenced your views of the world and the journeys you’ve taken?

Jazz and blues music and culture has opened numerous windows of realization for me. It’s been a conduit for spirituality, compassion, creativity, altruism and hope. Through my involvement, I learned to obtain the discipline required to express myself creatively on the drums and in my writing. Growing as a musician is a fascinating journey that continues to teach me invaluable lessons.

What do you learn about yourself from the Jazz and Blues people?

At the core, your self- knowledge expands in many ways. You become part of vast desire to create and give art to the world.

The jazz musicians who came before me such as Miles Davis and John Coltrane are my role models. My musical philosophy teaches that it’s all about growth as a player. That comes from listening and practicing then applying your skills to create something new, fresh and beautiful on the spot.

What touched (emotionally) you from “VISIONS: Coast to Coast Connection” studio sessions?

Making a record is a very emotionally charged undertaking. It requires patience and having some faith that the end product will be good. I got a sense of camaraderie by working in a team environment with the other players. 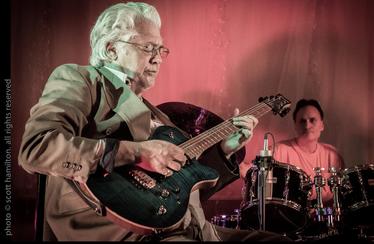 Meeting guitarist Larry Coryell (photo) resulted in my recording and playing shows at an international level.

Very early on, guitarist Mike Stern said that my efforts in music would take me far.

I loved opening for Noel Redding from The Jimi Hendrix Experience. He was really nice and shared a lot of great stories with us about his time playing with Jimi Hendrix.

Dynamics (loud and soft), old mixing techniques and all the soul present in older recordings.

To keep making music and practicing and giving the art to people. Not much fear any more. I take it one day at a time and I know what’s within my own control. I work at accepting things and avoid getting too bent out of shape.

It would be to have pop formats be more eclectic. Similar to the old radio formats where they changed the styles up on the same show and allowed people to get exposed to everything.

The impact is huge. People can learn to love and help each other through art.

Ahead 100 years. As an optimist, I think the best is yet to come. The name of my band is Bob Holz and A Vision Forward. 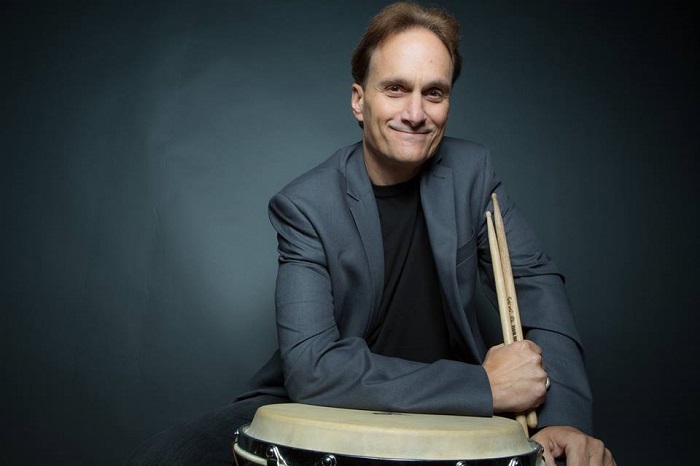