"Blues is a music form that enables to express my feelings and express my deepest emotions."

Savoy Brown was formed by guitarist Kim Simmonds in 1965 in London, England. Savoy Brown fans might be the luckiest fans in the world. No other blues rock act alive today has delivered so much excellent music for so long, and the group shows no signs of slowing down. Their legacy of the godfather of British blues-rock continues with the 2019 release of “City Night,” the band’s 40th album, on the California label Quarto Valley Records. Simmonds has been the group’s guiding hand from the first singles released in 1966 through the band’s newest effort “City Night”. Energetic blues has been the calling card of the band from the beginning. “Blues rock” became the catch-all phrase in the late 1960s to describe the band’s music along with that of contemporaries such as Cream, Fleetwood Mac and Jimi Hendrix.  Along the way, Savoy Brown has toured continuously, making it one of the longest running blues/rock bands in existence. Through the years, the band has headlined concerts at many prestigious venues including Carnegie Hall, the Fillmore East, the Fillmore West and Royal Albert Hall in London. The band, having established national status in the 1970s, provided other groups opportunity. Kiss opened the bill on a Savoy Brown national tour as did ZZ Top, The Doobie Brothers and many, many more acts. 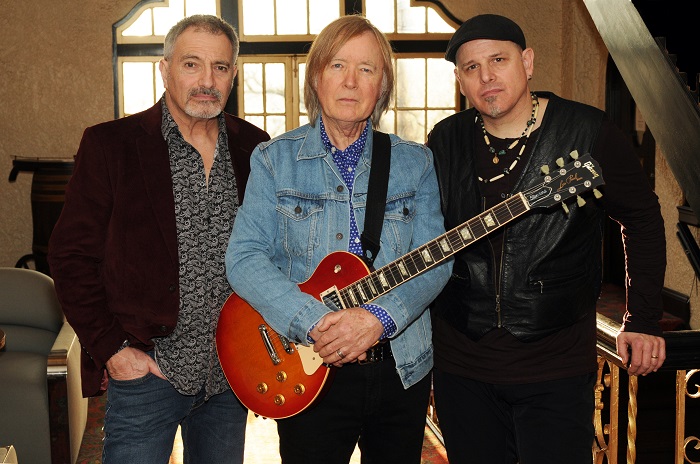 A resident of the USA since 1980, bandleader Simmonds has received many accolades himself. Savoy Brown helped spawn the 1968 UK blues boom and later opened the eyes of many 1970s American teenagers to their own home territory blues artists. More than 50 years later, they still remain a progressive blues/rock force. The three-piece lineup includes Kim Simmonds on guitar and vocals, Pat DeSalvo on bass and Garnet Grimm on drums. This trio has established itself as the longest-running consistent lineup in the band’s history, now going strong for more than 10 years. Savoy Brown and Kim Simmonds have a body of work that is matched by only a small portion of musical artists. As they continue to tour the world, young and old find inspiration in their timeless music, classic style and ageless performances. From the aggressive swagger of the opener “Walking on Hot Stones,” their fortieth album "CITY NIGHT" is an adventure through 12 blistering tracks of scorching guitar, unrelenting rhythms from bassist Pat DeSalvo and drummer Garnet Grimm, and the soul-weary but indomitable grit of Kim Simmonds’ vocals. Throughout, the bluesman who has seen more of the world than any 20 of his peers sorrows at the troubles of the modern era, as in the acerbic vocal and crystalline guitar of “Neighborhood Blues,” then defiantly commits to the struggle, as in the stomping Bo Diddley-esque “Hang in Tough,” before reveling in the joys the word still offers, as in the rollicking celebration of urban life of the title track “City Night.”

I was brought up by my brother on rock and roll music. I loved Elvis Presley and his mix of blues and rock and roll. When I was 13 I started listening specifically to Chicago blues and realized that was want I wanted to play.

There are more similarities than differences. And different countries in Europe have their own personalities and cultures of course. America is more of a freewheeling country that allows you to live more independently and that’s why I emigrated here years ago... and it helps being a blues musician when you live in the country from whence the music came. 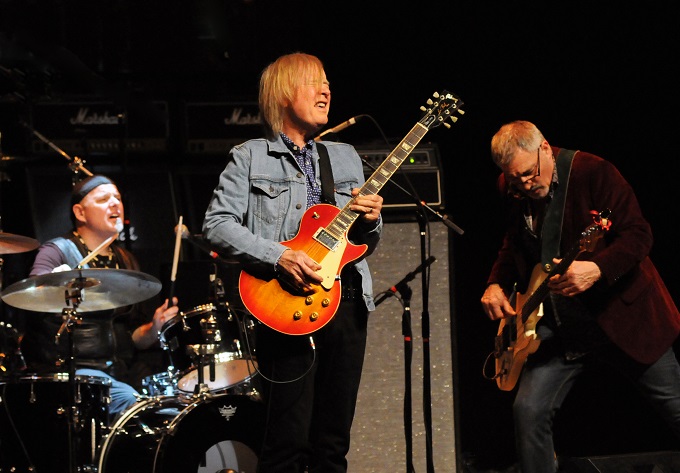 Savoy Brown was formed by guitarist Kim Simmonds in 1965 in London. Simmonds has been the group’s guiding hand from the first singles released in 1966 through the band’s newest effort, their fortieth album, titled “City Night” (2019) on the California label, Quarto Valley Records.

Did you help many artists in the meantime did you found any gratitude from them?

I have helped lots of younger musicians by trying to inspire them. I get lots of compliments from musicians of all ages. That’s more gratifying than any other part of my career.

How was your relationship with the other British blues musicians from ‘60s?

Why did you think that Savoy Brown music continued to generate such a devoted follower?

Not going for the money.

Honesty is what I found in blues music. No smoke and mirrors. That is what I also look for in people.

How do you describe "City Night" songbook and sound? Where does your creative drive come from? 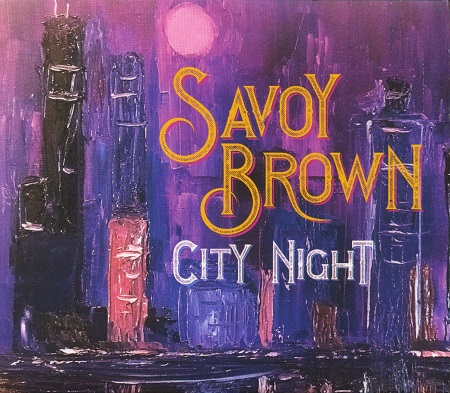 City Night has a minor key approach throughout that gives it a moody feel.

I was born with nervous energy and I put that to good use artistically.  Life (and music) is all about energy. I was also born with a strong work ethic. It’s in my upbringing and DNA.

My wife, Debbie, has been one of the most important persons in my life.

“If you play boogie woogie well, you’ll always make a living” Champion Jack Dupree said that to me when I was nineteen.

I still play the blues from the past and listen to it all the time...I miss the artfulness that was in the music back then. As long as new young musicians continue to play blues I am hopeful for the future of the music. My fears are that they will use it only as a stepping stone.

Multi-racial blues bands in the 1960’s helped to break down color barriers. The music has brought joy and unity to people of various countries irrespective of their political or religious beliefs.

What were the reasons that the UK in the 1960s was the 'Mecca' of Blues Rock researches and experiments?

The down to earth and realness of the music appealed to young British people of the 1960s who were looking for something deeper and with more meaning than what the mainstream music business was often selling. Blues, like jazz, was also an improvised music and appealed to young musicians who wanted to break away from the fixed academic approach. And it was tougher sounding than jazz, which was also an appeal.

Generally speaking, again…That it is kept out of politics.

Being surrounded by incredible talent. 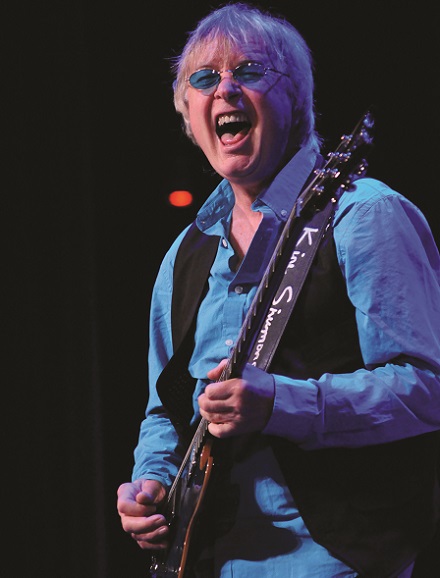 "Blues, for me anyway, is a bit like Religion…it’s hard to do it…well. You have to be hungry to really play blues with any kind of feeling. You have to carry a cross."

Too deep for even me to understand

What does the Blues offer you?

I have been able to follow my heroes such as Buddy Guy from when I was 13 ‘til now. I’m 71. That’s 50 years of following an artist who has never let me down.

That life is only as important as you make it. Guitar playing can be very shallow or very deep. It’s what you make it to be.

It changes from year to year…working class areas seem to be the best.

The last 30 years because I’ve lived life on my own terms.

Acoustic playing helps my electric playing…it’s all the same. 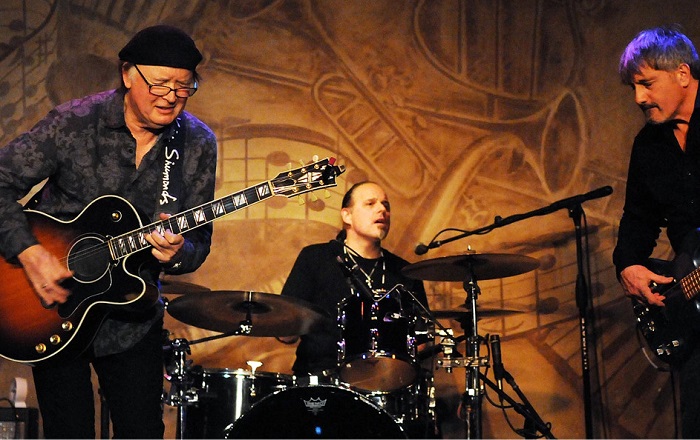 "There are more similarities than differences. And different countries in Europe have their own personalities and cultures of course. America is more of a freewheeling country that allows you to live more independently and that’s why I emigrated here years ago... and it helps being a blues musician when you live in the country from whence the music came."

It makes me work harder. I like where I’m at in life…I’ve fought very hard and have sacrificed to be my own man and not be beholden to anyone. Fact is, I don’t like huge success. It’s a trap.

Blues, for me anyway, is a bit like Religion…it’s hard to do it…well. You have to be hungry to really play blues with any kind of feeling. You have to carry a cross.

1969 was a highlight year playing at the Fillmore East. Worst part was when I was bankrupt in the 1980’s and had lost my feeling for the guitar.

Have you recorded your new CD using a more old-fashioned sound because you believe that there are no new paths of sound?

I use a guitar sound that I like. It’s more traditional because I’m that style of player. 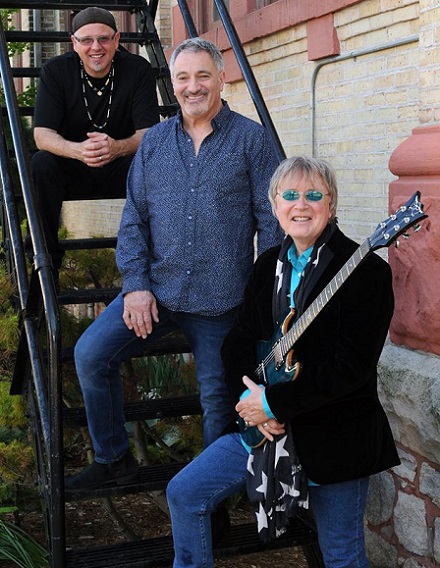 "The guitarist Billy Butler who played with The Bill Doggett Band in the 1950’s and the jazz guitarist Grant Green are two of my biggest influences."

Excellent. I have great admiration for him. He deserves more credit.

You don’t need brains to play the blues…you need suffering somewhere in your life.

Am I getting lazy in my old age? No, I’m not ever retiring! I’m on this train ‘till the end… Another CD and continued touring ‘til I drop.