"The impact of the Blues is positive for everything. I don’t know any racists that love the Blues because that would also likely make them hypocrites as well."

Minnesota based singer, songwriter and guitarist Mark Cameron has been active in live music for over three decades. Mark began his performing career in the rich folk-rock scene of the early 1970’s and brought this influence into several bands he founded during the 1980’s and 1990’s. Today Mark’s focus is centered on crafting original blues songs with strong melodies and memorable lyrics. The range of Mark’s material stretches the blues beyond safe limits with a focus on “foot stompin, butt shakin” music that is built for a live audience. After five studio releases in the 1980’s and 90’s, Mark turned his focus to the blues with “Life of Illusion” in 2009. The song ‘Boxcar Blues’ became an instant classic and packs the dance floor at live performances every time. In 2011 Mark released the ambitious project “Built To Bust” which featured the hipster-swing classic ‘Do Lovin Right’ and the Chicago blues romp ‘Tough All Over.’ Mark’s 2014 release “One Way Ride To The Blues” delivered a raucous blues anthem ‘Life Is Good When You’ve Got The Blues’ and the gospel-inspired classic ‘In This House.’ In 2016 the new release “Playing Rough” available both in digital release and in classic vinyl. 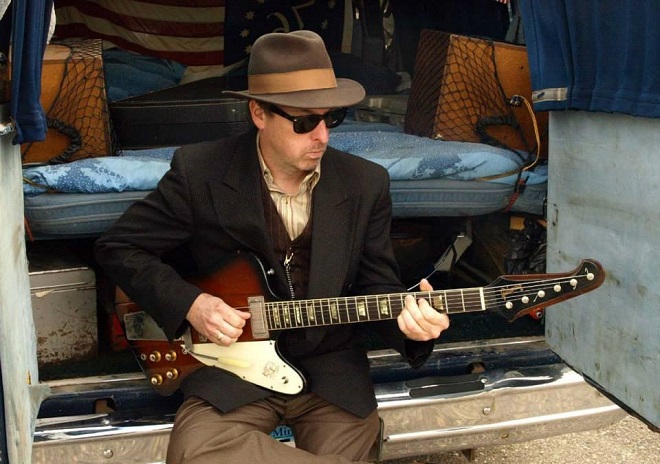 The Mark Cameron Band is consistently a top finisher in blues competitions over the past several years and was featured on the 2012 Minnesota Blues All-Stars album. The band has made over 100 appearances during 2014-15 at nightclubs, concerts and festivals throughout the U.S. Known as a charismatic front man and soulful guitarist, Mark engages his audience directly in live performances and delivers his original compositions with a mix of sincerity, honesty and often a touch of humor. He is equally at home on acoustic or electrified instruments and retains writer/arranger credits on all of his recorded projects. Marks vocal range stretches from basement baritone to full-on growl and his original lyrics draw the listener in and paint a picture of the many worlds within the blues.

What do you learn about yourself from the folk and blues music and culture? What does the blues mean to you?

The biggest lesson in the Blues culture for me is about not being uptight. The Blues has such a great cathartic effect on people that you seldom meet anyone in the Blues who is too uptight for their own good. “Lettin it all hang out” is sometimes a skill that people need to develop for survival. To me the Blues means sharing your feelings with people on a very primal level; not just the stuff you want people to know but everything you have inside.

How do you describe Mark Cameron sound and songbook? What characterize your music philosophy?

The Mark Cameron sound is a moving target. I believe that every song stands as a unique story and I vary the sound and style to match the central theme of each song. This makes The Mark Cameron Band a tough act to describe in a single statement. One song might have a harder edge than another to help drive home the message. The best description I have heard is something like “hipster swing boogie groove blues”. I think that once you try to write material for a certain niche you are heading towards being contrived and lose that genuine connection with an audience. I let the songs happen as they hit me and don’t try to steer them into any particular “box”. 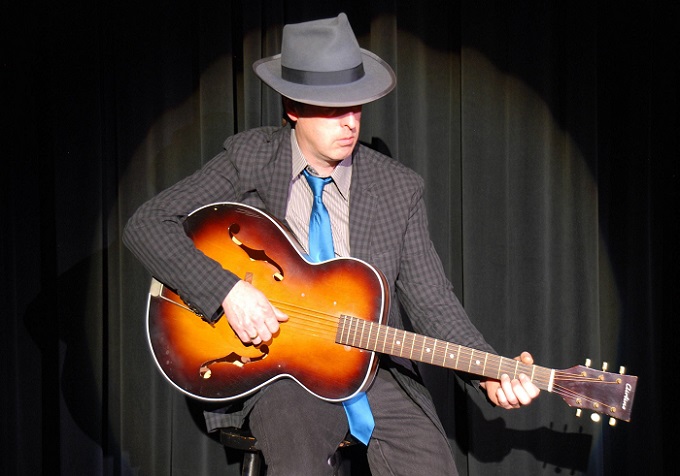 "The biggest lesson in the Blues culture for me is about not being uptight. The Blues has such a great cathartic effect on people that you seldom meet anyone in the Blues who is too uptight for their own good."

What were the reasons that you started the Blues and Folk/Rock researches and experiments?

My earlier years in folk and rock bands were a product of what I heard growing up on the radio. When I turned 30 I made the decision that I was now too old to play that stuff and I gave up music entirely for several years. I had always loved the Blues and I began to notice that age can be a distinct advantage in the Blues so I jumped back in. Music is just something that is a part of you. You can try to bury it or just embrace it and move forward.

My heroes growing up were not the famous musicians, but the ones in the local acts who were on their way up. They had gigs and a following and I wanted very much to be like them. I remember asking one band leader how he could go from one song to the other without stopping to re-tune his guitar and he gave me some of the best advice I have ever heard. He practically screamed at me to “just do it”. Sometimes it’s just that simple.

It seems like there is one real “character” that shows up at every concert we perform. Usually I miss the pageantry while I am busy playing and singing, but my bandmates are always good enough to point them out to me so I can join in on the fun. Audience members are often stars in their own right and we love to give them nicknames like “Sweater girl” or “first time drunk guy”.  We end up forming a real friendship with many of them and they follow us from venue-to-venue. 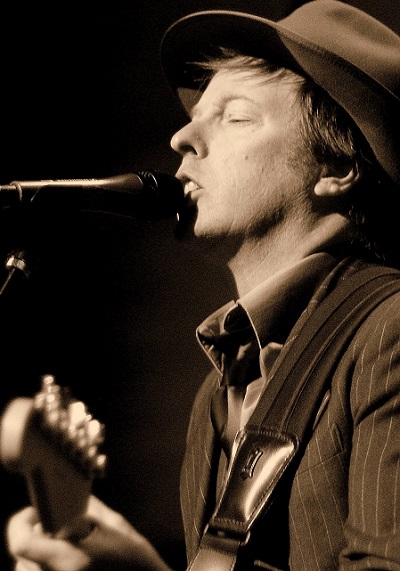 I really miss the days when a Blues recording was just as simple as sticking a microphone in front of someone and hitting the red button. Today musicians and sound engineers have so many tricks at their disposal that they tend to want to pick a recording to death in an effort to make it “perfect”. The best moments in Blues records to me are the little moments that are unscripted or even flat out mistakes. Today it takes more discipline to resist the temptation to dehumanize a recording. I am very encouraged by the resurgence of vinyl. I was very surprised at how much better “Playing Rough” sounds on vinyl. I have not owned a turntable in many years, but I am buying one now.

If I could change one thing in the world of music it would be to swing the pendulum back in the favor of songwriters. The “tribute band” movement has given a few musicians some work, but at what cost to their creative souls? I think audiences need to take more chances on original acts so they can be the driving force behind discovering new talent rather than have a “reality” show on TV tell them who they should like based on singing cover tunes.

What are the lines that connect the legacy of Blues from Southern States to Chicago and continue to Minnesota?

Three lines come to mind: the river, the railroad and of course Hwy 61.  The working class people that brought the Blues north with them were looking for opportunity. That’s what brought them to Chicago to record sides for Chess records, or to Detroit to work for Ford or to Minneapolis to work in the milling district. Minnesota Blues is a unique blend that comes from a narrow river, the great north woods and some really long winters.

The impact of the Blues is positive for everything. I don’t know any racists that love the Blues because that would also likely make them hypocrites as well. It cuts across political and economic lines in a very even handed way. People get the blues for many different reasons, but the feeling is the same and the love for the music is the same. The Blues is the great leveling force in the universe; people who love the Blues just seem to get what being alive really means.

I love the clothes, the cars and the music of the 1940’s. I would love to hang on Beale St. for a day with a young BB King or listen to Billie Holiday live. What an era. And best of all, no cell phones! 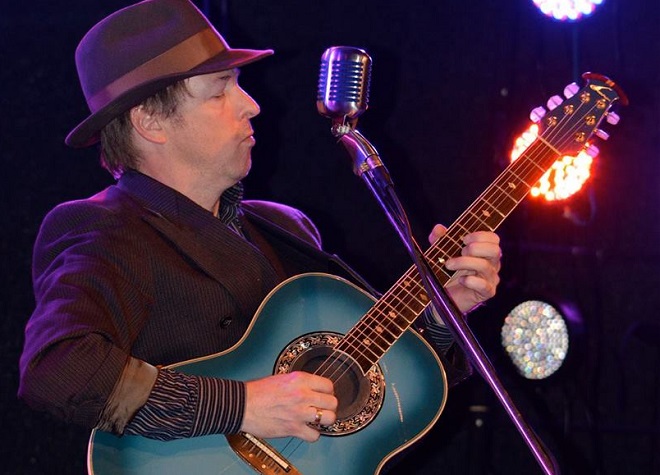