"Music is always based on the spirit of the times, so I strongly believe that the arts are always indissolubly associated with other spheres of social life, even though this might not be obvious at a first glance. Music can be both a safe harbor to escape and a battlefield of social change."

Former Long Noses guitarist/vocal Mića Luković is Ice Cream Man, a one man band from Serbia. He brings the old school Delta blues into the 21st century, stripped back and bare-naked in the most original way. His music is old school, yet, very original author's expression of the blues genre with elements of folk and roots rock. Besides the vocals, he plays guitar, harmonica and a percussion: bass drum, stomp box, hi hat. 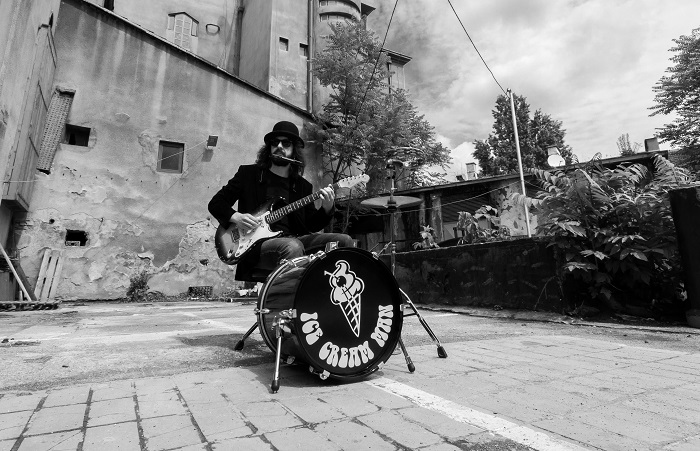 Ice Cream Man recorded his first album, “Souls' Walk” in 2016. It consists of nine original songs and a cover of traditional "Cocaine Blues". In early 2018, released the brand new album "On The Shoot".

What do you learn about yourself from the Blues n' Roots music and culture? What does the blues mean to you?

I’ve crossed many different music genres before I started to appreciate the blues. In my opinion, it takes a dose of maturity to make a person truly understand the message of the blues. As my knowledge about the world expands, and my musical taste has matured, I started to realize that blues is something deeply rooted in everyday life, something that serves as a reminder of the inevitability of death and the invaluable importance of every moment and feeling.

How do you describe Ice Cream Man songbook and sound? Where does your creative drive come from?

My sound is an old school expression of the blues genre with elements of folk, country, and roots rock – but with a modern twist. My creative drive comes directly from my instruments. Each of them has its own life and its own story to tell. Each of them inspires me to explore different sounds, emotions, and music styles. For example, my latest album On The Shoot is strongly influenced by the banjo and cigar box guitar.

What touched (emotionally) you from the one man band? What is the story behind the name of Ice Cream Man?

A decision to become a one-man band was one of the hardest decisions of my lifetime, and emotionally loaded one. My past musical experience taught me that it is very difficult to operate in a band when members have many other obligations and music is not a priority. As I constantly felt the need to dedicate myself to music on a deeper level, I realized this could be made possible only if I started to manage everything by myself - if I become a one-man band. Today, I solely compose my songs, I play all the instruments, and occasionally, from pure pleasure, collaborate with my musician friends and songwriters.

My stage name, Ice Cream Man, is inspired by the namesake song by Tom Waits that goes: “I'm an ice cream man, I'm a one-man band.” 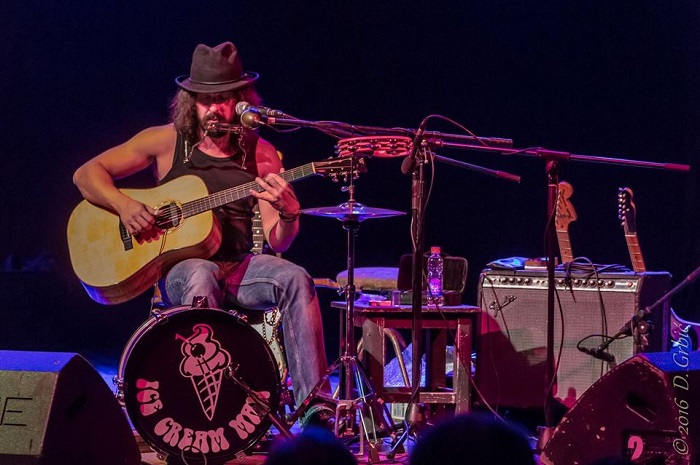 "Music taught me to embrace my deepest feelings, to be passionate and honestly express myself, without faking it. It also taught me a universal language I use to communicate across cultural and linguistic boundaries with people from all over the world. I use melodies, pitch, rhythm, and tempo, to convey emotions in a way that everyone can understand."

I would change the attitude of the publishing industry and managers towards the author. I would make a change that would bring much more appreciation to songwriters, so that anyone who is truly devoted to music, and is doing well, could actually make a living out of this.

Make an account of the case of the blues in Serbia. Which is the most interesting period in local blues scene?

I believe that blues music is hopelessly out of place in today’s music scene in Serbia. There are very few blues bands, some of them even very good, but they’re mostly dedicated to playing covers and mixing different genres – only to entertain and wow the audience. But, when it comes to creative action, nothing much happens.

It seems to me that the most interesting period for the local blues scene was at the time of the Voxstock Festival. This international blues festival was at the epicenter of the blues scene in Serbia from 2002 to -2014. The festival was held in open space, on the first Saturday of summer, and it reminded me a lot of Woodstock. Unfortunately, the festival has not been held for several years, which, in itself, speaks volumes about the state of the blues scene today.

Some great bands, like Smak, for example, were successful at combining traditional folk forms with blues elements. However, for me personally, blending the sounds of Western and Eastern music simply feels wrong. The whole way of thinking is different, and each of them has a completely different ethos, influencing our emotions in a whole different way.

How has the Blues, Rock and Folk influenced your views of the world and the journeys you’ve taken?

Music taught me to embrace my deepest feelings, to be passionate and honestly express myself, without faking it. It also taught me a universal language I use to communicate across cultural and linguistic boundaries with people from all over the world. I use melodies, pitch, rhythm, and tempo, to convey emotions in a way that everyone can understand. 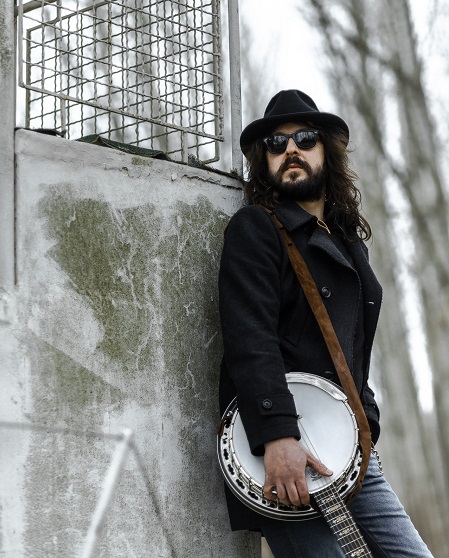 What I miss the most is our attitude towards music, as it used to be – that long gone enthusiasm for music, and the common man's awareness of the importance of music to the world. Modern audience approaches the music on a completely shallow level, and for the most of us it is just another form of entertainment. Subtle distractions are a serious problem of modern life, keeping us from living our lives to their greatest potential. This is where we miss out on much of our lives, because we generally aren’t paying attention. The same goes for the music – whether we talk about composing and creating music, or simply listening to it. I trust that the future brings some sort of a new Renaissance in music and the arts, so that people will pop out to listen, create and explore it on a deeper level.

What is the impact of music and cunterculture to the racial, political, and socio-cultural implications?

Music is always based on the spirit of the times, so I strongly believe that the arts are always indissolubly associated with other spheres of social life, even though this might not be obvious at a first glance. Music can be both a safe harbor to escape and a battlefield of social change.

I’d most definitely travel to Woodstock, because it is the most significant event in the history of rock and roll.