"Music born from adversity, has a whole different meaning than if you’re someone who grew privileged or sheltered. I’d say that still holds true today. Listen to jazz. Listen to blues. Listen to rap. Listen to hip hop. Then listen to pop. There’s an edge to some. There’s a darkness to some. And there’s a lightness in others."

Brigitte DeMeyer is a very visible artist in the Americana movement. The South is more than just a place. It’s a feeling you get when you’re sitting on the porch on a warm summer night sipping sweat tea. It’s the haunting comfort that envelops you when you drive the wooded back roads in your hometown. It’s the sound of cicadas rustling in the trees. It’s the salt, grease and love that goes into every plate of grits served. The South is everywhere, especially in the stories told by Brigitte DeMeyer’s music. If there’s one thing the listener is sure to take away from Brigitte DeMeyer’s music it’s that life is more than a destination, it’s a journey. From opening for Bob Dylan, to playing with the McCrary Sisters and Buddy Miller, to forming lifelong musical friendships with Blade and Kimbrough, the journey is far from over. With each song, each album, each tour, there is a soul-infused story to tell, and Brigitte DeMeyer is here to tell it. Mockingbird Soul, the first co-billed album by soul-blues singer-songwriter Brigitte DeMeyer and esteemed singer-songwriter-guitarist Will Kimbrough, which is scheduled for release on February 17. 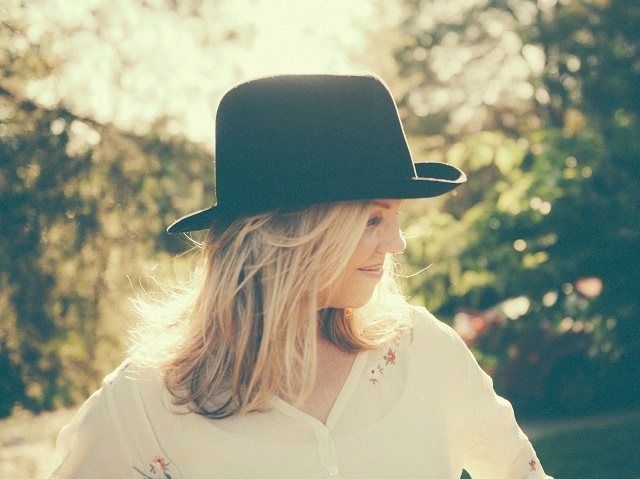 When Brigitte DeMeyer and Will Kimbrough first joined their soulful voices in song six years ago, they knew they were destined to make beautiful music together. Since then, they’ve showcased their instinctive vocal interplay and formidable song-crafting skills throughout North America and Europe, collaborated on two albums, and become the best of friends. But the Nashville-based pair had never released a recording as an official duo - a situation they’ll finally remedy with Mockingbird Soul. Despite their geographically diverse upbringings - he was raised in Mobile, Alabama and she was a surf-loving California girl - both had fallen under similar musical spells. She was bewitched by Etta James, Mavis Staples and Sly Stone, and later Steve Earle, Patty Griffin and the Allman Brothers. He was seduced by the Beatles, Big Star and JJ Cale, and guitar rock from Allman to ZZ. Lightnin’ Hopkins, a touchstone for both, was the source of an early bonding moment. The South is another shared influence; DeMeyer’s vocals carry as much sultriness as a humid evening in New Orleans, where she found lyrical inspiration.

What do you learn about yourself from the Roots music and what does the blues mean to you?

In listening to other artists and writers past and present, Roots music has taught me to be unafraid. To be true to myself. To write how I want, sing how I want, and only do what feels good with regard to music, and with whomever helped create the best vibe is something I learned through it. The blues is a style that’s been around for a long time. It’s an understanding where that music comes from, and a feeling or mood you access while playing it, which influences how you perform it. It’s also cool to think so many have contributed to that style of music. I’m just one more on the pile.

How do you describe Brigitte DeMeyer sound and songbook? What characterize your music philosophy?

I would say, my favorite personal sound description would be “acoustic soul”. It is stripped down. The less instruments the better. With literary imagery for lyrics, a little grease here and there, and hopefully, as much soul or emotion as I can convey vocally, with a reverence for tone. There’s definitely been an evolution. A “dialing in” if you will. Most of my earlier songs are written from emotional experiences. My songs now, are more 3 dimensional I guess.

How has the Southern heritage and culture influenced your views of the world and the journeys you’ve taken?         Brigitte DeMeyer & Will Kimbrough/Photo by David McClister 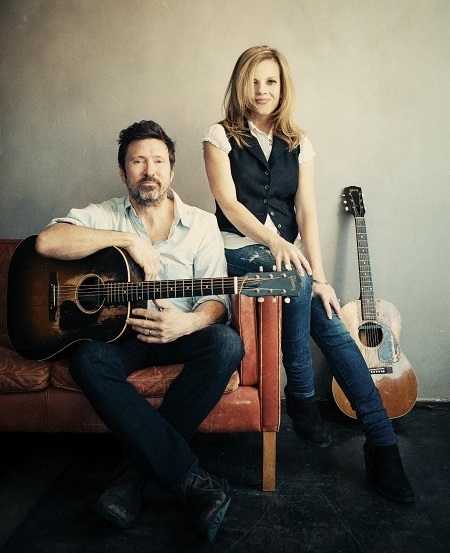 Living in TN and travelling consistently around the South, while not being originally from there, has been a great education. There is a vibe there that infiltrates so much. You can hear it in the music. And you can feel it when you’re there. Could be the weather, could be the history, could be the culture, could be a mixture. There is a sweetness and a saltiness in the people I haven’t found anywhere else. A spookiness and a soulfulness in the land and air and music that creates a feeling in me. That is what has drawn me there.

Hard to narrow down. My initial biggest aquaintence was with my friend and drummer Brady Blade, who was my first experience of real musical creativity. We have a lot of fun together socially or while creating music, and that shows in the performances. He also introduced me to Nashville and the resources there. He taught me about following where the vibe was. Whatever made me feel happy was where I’d find the best sound. He probably doesn’t even know he did that. HA! AND, Always get your sound and mix right. These days and for the past several years, I’d also say, my biggest collaborator to date has been Will Kimbrough. I took what I learned from Brady about vibe, and found it in Will. After years and miles of traveling and gigging and writing and playing together we have built quite a thing together.

Most recently, opening for Gregg Allman, was a highlight. Having him tell me I had a “beautiful voice” really meant a lot, coming from him. But mostly, playing with Will has made me more open as a musician, I think, and more confident, because we are so in compatible musically. It’s a rare thing to find that kind of chemistry. We compliment each other.

Everything in the past has lead to where I am now. I don’t miss much. It’s all been a great journey. I am thankful for all my experiences good and challenging. I am not thankful for what is happening in the U.S. politically right now. I am not alone in this. It is very disconcerting, and stressful to so many to not feel represented in the near future by this person that got himself elected by whatever means. But I digress. 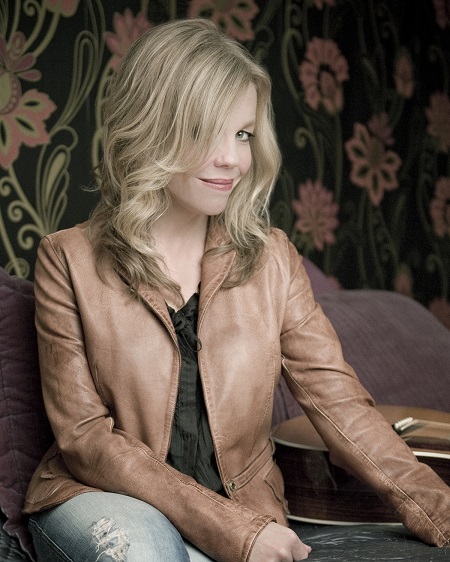 That more artists got the exposure they deserved. That travel would be easier.

"In listening to other artists and writers past and present, Roots music has taught me to be unafraid. To be true to myself."

What are the lines that connect the legacy of American Roots music from California to Nashville and beyond?

I am not sure. I’d say a lot of music from the south, is made up of gospel, blues and soul. It’s my feeling that soul comes in all forms, and really knows no geography. If you think about how Muddy Waters for example, influenced the Stones, or Chuck Berry, influenced the Beach Boys, or Bessie Smith influenced Janis Joplin, you can see historically how far reaching it is. Influence flowed in both directions. Nowadays, southern rock has influenced country music and you have folks like Chris Stapleton singing with Justin Timberlake. Go figure. Although Timberlake I think comes from Memphis, right? I think he was influenced by Michael Jackson! Am I even answering your question? Haha

I think women in music are powerful. If you look at everyone from Aretha, Etta James, Mavis Staples, Bonnie Raitt, to more contemporary, Adele, Patty Griffin, even folks like Joss Stone or Alabama Shakes, Dolly Parton, or in pop, Beyoncé. These are all powerful performers who stand up to any man. If you have the chops, and the sincerity, you will get your point across. You will move people. And if that draws a fan base big enough, you may get industry support. You gotta build it yourself these days before the industry notices you, man or woman, but then what do you need them for? You also have to be independent and hold your own. I’ve never felt intimidated by any man musically. Maybe in awe, but never intimidated. I think and hope that’s for other women in music as well.

Well, it’s a matter of opinion. It’s an interesting time to be asking an American songwriter that question. I like to think real soul in music comes in all forms, and knows no color, or political inclination. I know that’s wishful thinking. In my experience, if you want to be convincing, it helps to come from what you know about.  Folks in the deep south, like during the Civil Rights movement, for example, wrote a whole different deal than the folks on the west coast during that time. Or east coast for that matter. Music born from adversity, has a whole different meaning than if you’re someone who grew privileged or sheltered. I’d say that still holds true today. Listen to jazz. Listen to blues. Listen to rap. Listen to hip hop. Then listen to pop. There’s an edge to some. There’s a darkness to some. And there’s a lightness in others. I think it’s a really tough question. My empathy is great, though my knowledge of what actually goes on cross-culturally is probably limited as hard as I try to stay informed. And with the new election here in the U.S., there’s a whole other level of fear and chaos that I am sure is going to inform a lot of music.

Would I be able to do anything differently? I’d go back to my wedding day and video tape everything. And I would also go back to the day my son was born. If we are talking musically, I’d say, any place where I got that “music high” and really reached the audience. It’s a blast and an addiction to strive for collective soul and connection through music. 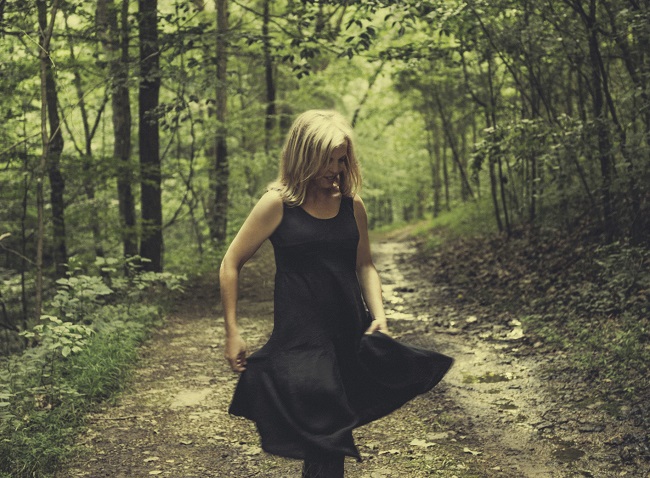