"...in the future we hope people will come up with their very own version of music, regardless of whether it sells or not."

The Picturebooks: The Blues Is Dead, ...All Hail The Blues!

It’s not surprising that The Picturebooks recorded their 2014 album, Imaginary Horse (RidingEasy Records), in the same garage where they regularly refurbish and repair motorcycles and choppers. The German duo Fynn Claus Grabke (vocals, guitar) and Philipp Mirtschink (drums) capture a raw, rich, and real energy befitting of the room’s natural reverb, industrial aura, and spiritual spark. Most importantly, the record also begins to rev up the boys’ career like never before. Fynn and Philipp first crossed paths at a local skate park. Becoming fast friends, they realized their mutual interests extended beyond shredding half-pipes and into music like The Smiths, The Cure, and Minor Threat. Soon, they began writing songs together, utilizing equipment Fynn’s dad Claus had accumulated over his years as a musician and record producer. 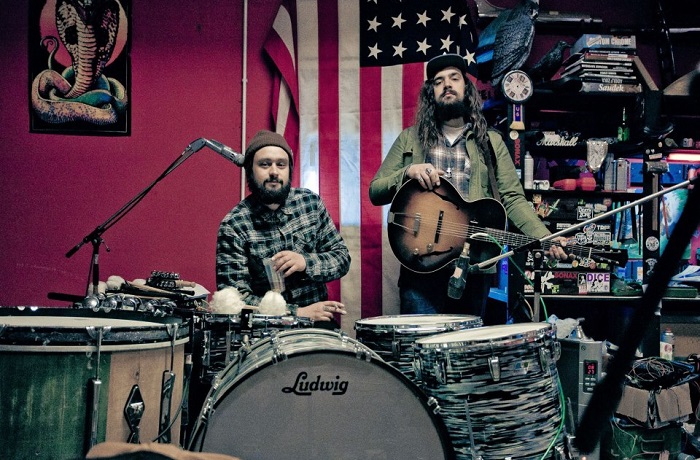 After two independent releases in Europe, the pair played major festivals such as Sziget and toured with everybody from International Noise Conspiracy to Spinnerette. Simultaneously, they garnered international attention for their motorcycle builds and received prominent profiles in tastemaker publications. The Picturebooks retreated to their “garage” in order to record Imaginary Horse during early 2014. Mirroring their daredevil skateboarding ethos, they broke rules while recording. For starters, there was considerable physical space between the musicians and the microphones, and it wasn’t simply a sterile studio environment. The concrete floors and airy expanse contributed to the sound, and the overall atmosphere proved quite a propos. They even constructed their own instruments to boot. Fynn picked up thrift shop guitars in Los Angeles. Influenced by the tribal sounds of Native American music, the frontman built custom percussion and augmented his guitars with bells. Moreover, Philipp decided to eschew playing cymbals and adopted large Toms, which he bashes with mallets instead of sticks. Ultimately, all of these pieces form a blues rock pastiche that’s as individualistic as it is infectious. The Picturebooks’ Imaginary Horse becomes a reality for rock ‘n’ roll now.

Fynn: We hate the blues…at least what has become of it, 10 minute long solos, same scheme every time. For years it was the most boring predictable music out there, until we started digging deeper and found some (but very few) old blues records, like really old blues records. There was a lot of stuff on these records that was very simple and to the point. I would still say we never were that influenced by the blues, but we agree that what our music became is in part a form of blues; it’s just our version of it!

How do you describe The Picturebooks sound and songbook?

What characterize duo’s philosophy? What is the story beside the name of band?

Fynn: We´re best friends and a third person would only water that down. We needed a band name for a show that was offered to us in the beginning and came up with the name in one minute and never changed it. 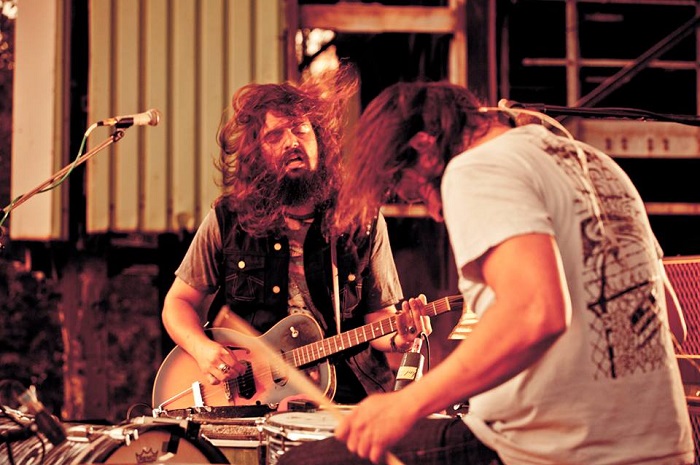 "We hate the blues…at least what has become of it, 10 minute long solos, same scheme every time. For years it was the most boring predictable music out there, until we started digging deeper and found some (but very few) old blues records, like really old blues records."

Fynn: We had for bad ourselves to listen to music from other artists for two years in the process of writing and recording “Imaginary Horse”. We wanted to create a sound as much our own as possible and wanted no influence from the outside world. After a short time and a few experiments we found a sound we loved and from then on recording the songs was an amazing feeling, we recorded everything live to 2” tape and kept everything as raw as possible. We used microphones from far away and used no effects in the mixing process. The reverb on everything is the natural reverb from our motorcycle garage, where we recorded the album. Live, on of the most memorable shows was our recent show in London, where we sold out the “black heart! This was our very first show in the UK and we were very nervous that day, but when the doors opened, the club filled immediately and the reception was amazing!

Maddin: No one dares to be different anymore, chart oriented music sounds like it’s all the same producer and artist, alternative music wants to sound so “oldschool” now and that´s also not cool…in the future we hope people will come up with their very own version of music, regardless of whether it sells or not.

What are the lines that connect the legacy of Blues with Garage Rock and beyond?

Fynn: We don´t owe the legacy of blues anything…or garage rock… are they connected, somewhere along the lines, probably yes, but we´re too young to know…

Fynn: Right here right now! We´re having the best time of our lives! 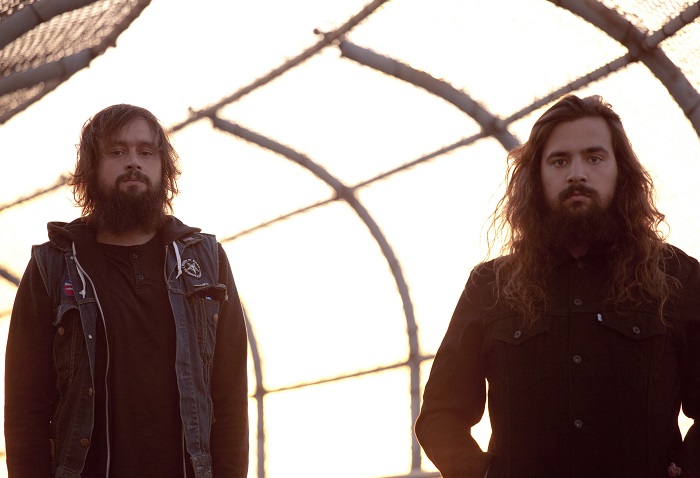