"As any of us from New Orleans will tell you, it is our freedom of expression and joie de vivre that makes us unique."

More than forty years have passed since Brint Anderson first led his own band, The Shades. They played local teen centers and parties in his hometown of Natchez, MS and the surrounding area throughout his adolescence. It was during this time that he found a love for the indigenous Blues of the area. Local Bluesman Papa George Lightfoot was Brint’s earliest inspiration; they met when Papa George was playing harmonica and spoons for a supermarket’s grand opening and radio broadcast. From that point, it was a natural progression to learn the music of other Mississippi greats. In the seventies, after a couple of years in the mostly stale atmosphere of a college music curriculum, Brint returned to Natchez to join the band Blue John that played six nights a week at a local watering hole. 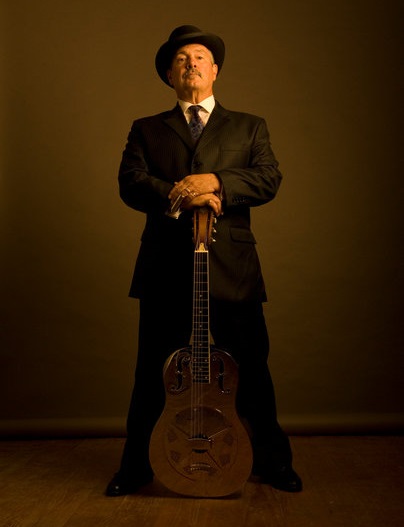 It was during this time that Brint began playing slide guitar on a regular basis. He also learned the finger-picking styles of Mississippi John Hurt and Taj Mahal. Of note, the band once featured the deep sultry voice of Cassandra Wilson. Blue John remained together for eight years until Brint was encouraged by old friends in Austin, Texas to move there and become part of the scene. In Austin, Brint formed his band Coupe de Ville. The band played many shows with SRV, Fabulous Thunderbirds and other popular bands of local scene. However, the most important connections for Brint were when the band played with the Neville Bros and Dr. John. Coupe became Dr. John’s backing band whenever he passed through Texas playing dates in Austin, Houston and Lafayette, LA. This experience later led to Brint moving to New Orleans permanently. Other artists Coupe backed during this time were Stanley Clark, John Lee Hooker, Elvin Bishop, Albert Collins and Screamin’ Jay Hawkins. In 1992, Brint packed up and headed for New Orleans. With the connections he had made with Dr. John and the Nevilles, it wasn’t long before he was working with many of the legends of this cradle of American music. His first break was securing the guitar position in George Porter, Jr’s Runnin’ Pardners, a position he held for fifteen years. Through the gig with Runnin’ Pardners, Brint had the opportunity to back other greats such as Art Neville, The Radiators, Johnny Adams, Earl King, Snooks Eaglin, Eddie Bo and Henry Butler. Brint Anderson Band was formed in the early nineties and was the house band for Levon Helm. Brint has released four CD’s of his own.

What I have learned about myself from the Blues is when I improvise a guitar solo, the less I think about what I am playing, the better. This approach seems to bring out heart-felt expression and a connection with what I consider a Universal musical Spirit that flows through everything. So, this, to me, means I am only receiving and broadcasting that Spirit. It is very comforting.

How do you describe Brint Anderson sound and songbook? What characterize your music philosophy?

As for my sound, naturally it mostly comes from the environment in which I grew up and live: the Mississippi River and its Delta, and the great musicians I collaborate with here in New Orleans. My experiences in Texas also contributed. I am particularly influenced by New Orleans Rhythm & Blues from the 1950’s and 60’s. My philosophy is basically play with the listener’s well-being in mind, and mostly try to deal with topics of Love and humor. I do not like politics or preaching in songs. 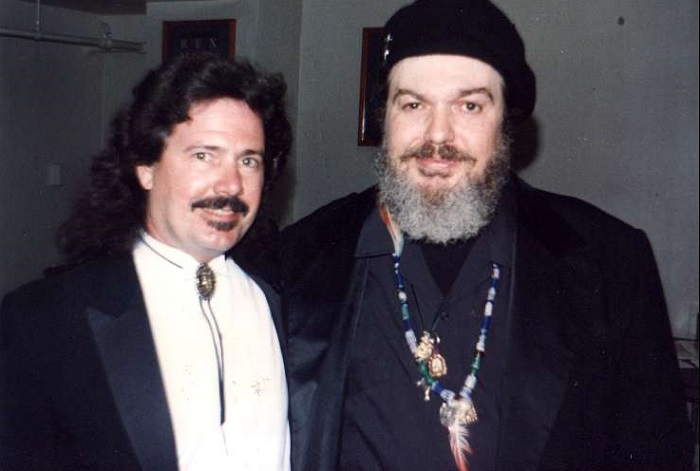 "What I have learned about myself from the Blues is when I improvise a guitar solo, the less I think about what I am playing, the better. This approach seems to bring out heart-felt expression and a connection with what I consider a Universal musical Spirit that flows through everything. So, this, to me, means I am only receiving and broadcasting that Spirit." (Photo: Brint & Dr. John)

All of them have helped shape my existence, but especially Billy Gibbons, John Lee Hooker, Earl King, and Dr. John.

Are there any memories from Stevie Ray Vaughan and Snooks Eaglin which you’d like to share with us?

Well, Stevie was always kind and generous when I was fortunate to play on the same bill with him and Double Trouble; as with anyone who knew him, that was one of the darkest days when he lost his life. Snooks Eaglin was an EDUCATION. I mostly backed him on bass when George Porter, Jr. wasn’t available. I would sit next to him on a barstool when we played and watch his phenomenal technique. I once made the mistake of asking what key a tune was in, and his reply was “you’ll hear it”. You either kept up, or he would leave you behind.

Of the three, the funniest was Screamin’ Jay Hawkins’ gig. When he came out of the coffin to sing I Put a Spell on You, the flash pot didn’t fire. I thought it was a dud and forgot about it until a few moments later when I was too close, it fired and blew me back about five feet. I couldn’t see much for a while, either. Ah, show business! It’s not just a job; it’s an adventure. 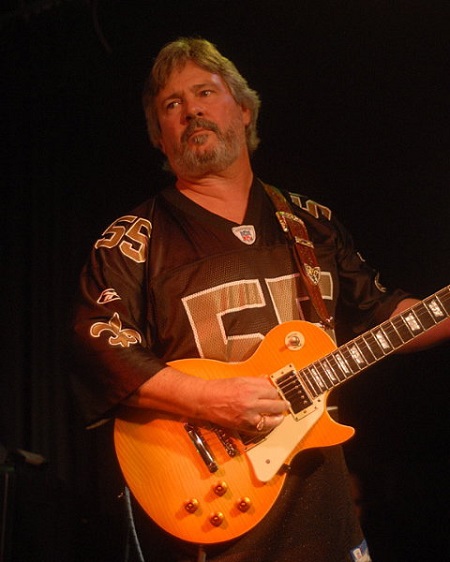 Never give up and keep it fun.

"My philosophy is basically play with the listener’s well-being in mind, and mostly try to deal with topics of Love and humor. I do not like politics or preaching in songs."

I hope to keep playing until my last day, making the people forget their troubles and get up and dance. As far as fears, NO FEAR; it serves no purpose.

Songwriters would start getting paid again for their hard work. In many ways, modern technology has served as a thief to all artists.

I laugh a lot, mostly at those that take themselves seriously. But my wife, Dizzy Miss Lizzy and my dogs are pretty entertaining. I haven’t been around the chitlin’ circuit in quite a while, but those B.B. King homecoming gigs at the Ebony in Indianola, Mississippi years ago when it wasn’t as well-known were always supremely inspiring. I mean, B.B. would just be making the rounds talking to everybody, and then play more guitar than his usual shows. Burnin! The local acts were a kick, too. Time has almost left them unaffected.

What are the differences between the local scenes in USA? Why NOLA music continues to generate such a devoted following?

As any of us from New Orleans will tell you, it is our freedom of expression and joie de vivre that makes us unique. As far as other local scenes, I cannot speak for them, but I do love travelling to play for new audiences. 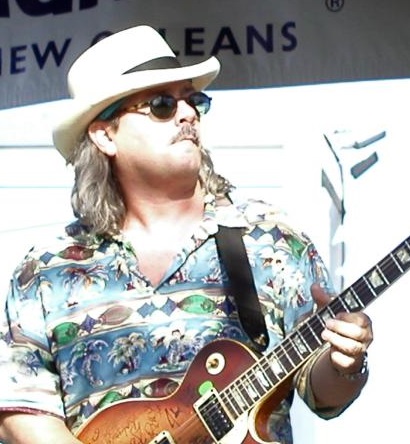 What are the lines that connect the legacy of Blues with Soul and continue to Jazz and New Orleans R&B?

"Never give up and keep it fun."

That’s easy: Dew Drop Inn on Lasalle St. in New Orleans, 50’s and 60’s so I could hang out, maybe even play with Guitar Slim, Earl King, Smiley Lewis, and Eddie Bo among so many others.