"Music itself sees no color and it sees no ethnicities – it can however be used as a bridge to create ideas, questions, and to get conversations started."

Joe Breckenridge is well known throughout the Southeast for his guitar and bass performances with the rock & roll great Bo Diddley and the bands Telluride and Dick's Hat Band. Joe Breckenridge has been a working musician since age 15. Since 1968 Joe has been singing and playing upright bass, electric bass, guitar, and harmonica. As a Bass player he has worked with such artist as Bo Diddley, Lou Christy, Marilee Rush, Cross, Jimi Hall, Telluride, Black Mountain, Dicks Hat Band, Hotel, The Cast, Franky Velvet, Behind The Canvas, to name just a few. He was signed as a songwriter at Muscle Shoals Sound in 1975 where he worked with members of Cross and Jackson Highway. 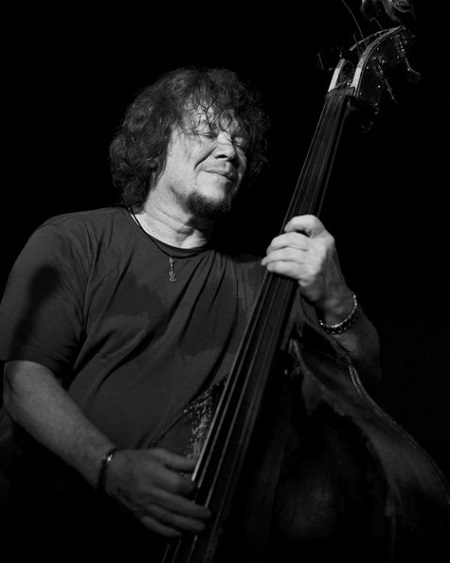 Joe has fronted for such name acts as Bob Dylan, Wet Willy, and Charlie Daniels and has played such venues as Spinnaker (Panama City) B.B. Kings (Memphis), Sloppy Joes (Key West), Brothers Music Hall (B’ham Al), Work Play (B’ham Al). Joe currently plays around 180 shows per year, mostly in the South; most of these gigs are solo, or duo performances, an exciting high energy performer even on solo shows, with original tunes as well as his own way covering tunes of different artists from many different genres. He most certainly has an original style of playing acoustic guitar. Joe Breckenridge has been doing gigs since 1966 and had a stint playing bass in the Southern-pop band Telluride, which was at one time signed to RCA Records. Breckenridge has played on more than 20 albums. As bassist with Loveland Orchestra, Breckenridge opened two early-90s shows for Bob Dylan, one of which was in Birmingham. Breckenridge once played for seven hours straight at the Pelham Mexican restaurant Margarita Grill. In 1975, Breckenridge signed on as a songwriter with Muscle Shoals Sound Studios. Even so, Breckenridge recalls cool Muscle Shoals Sound moments, such as playing Frisbee with Kris Kristofferson and bumping into Rod Stewart. The late blues man Bo Diddley once hired Breckenridge to play in his backing band for about 10 Southeastern shows, including sets in Birmingham and Pensacola, Fla. In his one-man-band performances, Joe offers a wide range of songs, including hits by Jimmy Buffet, Bob Marley, Louis Armstrong and Bob Seegar.

What do you learn about yourself from the rock and roll culture and what does the blues mean to you?

I learned very little about myself from the “Rock & Roll Culture”–except that I love music, although I do enjoy the friendship of “Bandmates” – most “Rock & Roll” players are very self-involved – ego driven – which is something I have never been able to grasp as to why – the band “Cross from the mid-1970’s”  that I was lucky enough to have been a member of did not seen to have these problems as I am still good friends with most all the members today (some 40 or so years down the road). The Blues to me means emotion and to be able to convey that raw emotion by musical expression is a very beautiful thing – it can be sad, reflective, or happy, love gone good, love gone bad, to cover a full range of human feelings - and it is a whole lot cheaper than going to a psychiatrist. How do you describe Joe Breckenridge sound and songbook? What characterizes your music philosophy?

My sound is more than likely a combination of all the players that I have been lucky enough to have been around and giged with –I basically were 2 different hats – if I am giging as Bass player, I am a side man and it is my job to fill the bass part as the artist/band that has hired me wants it to be played -- the other hat (other gigs) I do as a solo performer (guitar, harmonica, footbass, and vocals) as for my cover tunes I try do cover other artist tunes in my own style (percussive, energetic, blusey)   and not to try and sound like the original artist, as for my originals- whatever comes is what comes out but they always evolve and morph in ways I never expected - kind of like watching your child grow up.

Why do you think the Muscle Shoals Sound continues to generate such a devoted following?

That is simple all the great, I mean all the great music that has been  and is still being recorded there – It is never overly produced it is always very emotional (the feeling of the music) much of it makes you move – when I was there most all tracks were done in 2-3 or sometimes the 1st take--if you didn’t get it right by then it was time to skip the tune and go on to another 1st, 2nd or 3rd take tune – this always kept the music sounding fresh - I have worked in so many other studios were they would take forever to make sure any and every mistake was removed and that the track was perfect which usually makes the tune sound lame with no sparkle or any live emotion to it, and in the end it would suck (this never happen in Muscle Shoals the music was never recorded to be perfect only to sound good).     (Photo by Jack Straw) 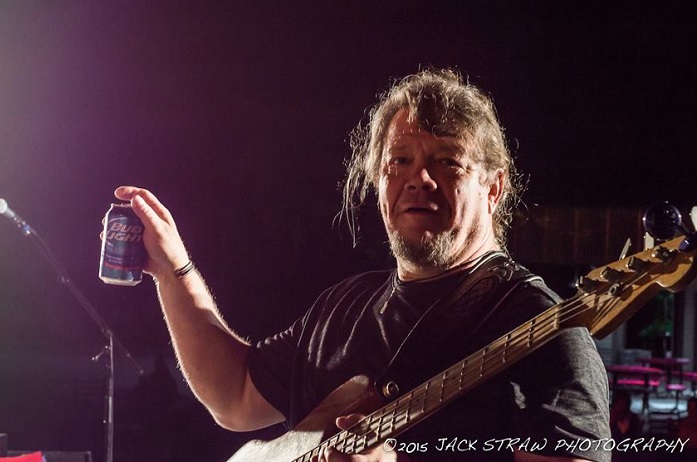 "My fear for music these days is just the opposite – it seem as if one group becomes popular a thousand groups then pop up that sound like clones of that group  and no creativity exists – which I think is why the music business is having so much trouble these days (and not the advent of files sharing, i-tunes etc.)"

What were the reasons that you started the Blues/soul/southern R&B researches and experiments?

I guess the simple most straight forward answer to that is I'm from Alabama in that is the south of the USA and all of those styles are very prevalent  to where I have grown up –other members of Cross were from New Orleans, Florida, and other small towns in Alabama.

Which meetings have been the most important experiences to you? What is the best advice has given you?

I think I have learned something from every meeting and most all the musical experiences I have had weather good or bad –everybody has strengths and weaknesses and you have to figure out what yours are and use then to your advantages – some people have large hands that make it easy to play certain passages –I don’t, so I make most of my chord structures different than most guitar players to compensate for that -- same thing with my voice –you have to find out what works for you.

Are there any memories from Bo Diddley, Wet Willie, and Charlie Daniels which you’d like to share with us?

I only played a few shows with Bo Diddley as a bass player and fill very honored to have been on the stage with him, that was later in his life and I do remember we had a fair amount of time between shows at the same venue the same night and he had fallen asleep so we had to wake him up to go do the 2nd show that night – he was a very good person we talked about our kids and family stuff. As far Wet Willie I was never a part of that band – I only played some shows with Jimmy Hall – although I was in Macon Georgia at “Capricorn Records“ where they recorded the 1st album. I only fronted for Charlie Daniels–at that time I was playing bass in a southern band going by the name of Telluride.                                                                (Photo: Telluride) 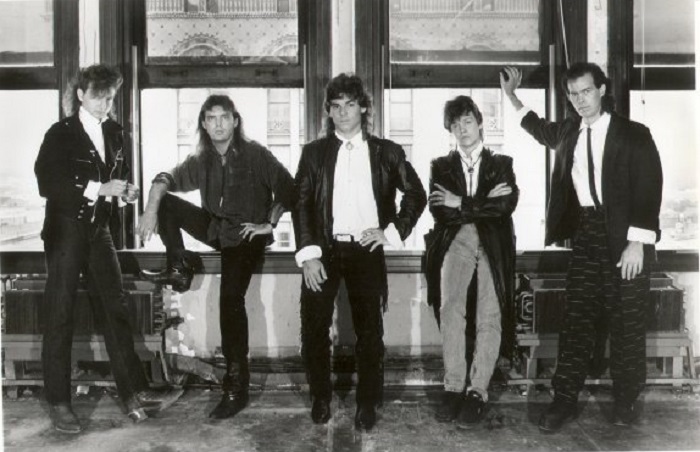 "The Blues to me means emotion and to be able to convey that raw emotion by musical expression is a very beautiful thing – it can be sad, reflective, or happy, love gone good, love gone bad, to cover a full range of human feelings - and it is a whole lot cheaper than going to a psychiatrist."

What do you miss nowadays from the music from the past? What are your hopes and fears for the future of?

My fear for music these days is just the opposite – it seem as if one group becomes popular a thousand groups then pop up that sound like clones of that group  and no creativity exists – which I think is why the music business is having so much trouble these days (and not the advent of files sharing, i-tunes etc.) 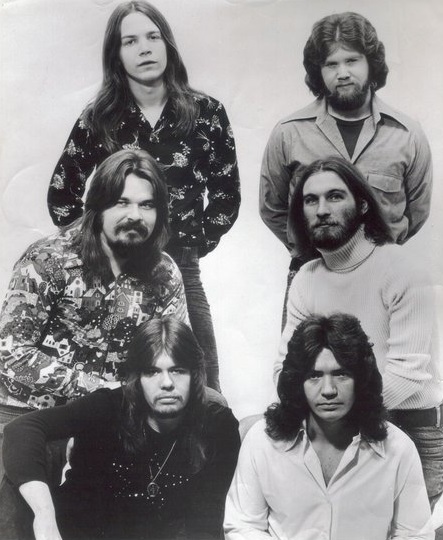 All of the great friends –and yes all of them have at one time or another made me laugh, cry, and be proud of them--one of the biggest things is the way I truly feel--if I needed help from any of them and reached out to any of them they would do their best to help (and yes some of that has happen in the past).

As I would do for any of them--maybe when I was young I was just naïve, but as I said before there did not seem to be the egos or mean competitive spirit there that I have seen in other places –none of that ”I am a better player than you“or “without me you’d be nowhere”--just down to earth good hearted people--who happen to be very talented.

I don’t really know how to answer this one—I have been in many groups with players of many ethnicities and we never seem to have those problems –I realize some people do - I care about people for who they are and not the circumstance they were born into.

Music itself sees no color and it sees no ethnicities – it can however be used as a bridge to create ideas, questions, and to get conversations started.

Let’s take a trip in a time machine; where and why would you really want to go for a whole day?

Ok – I would probably want to be in New Orleans around the early 1900’s – to see jazz get it’s start, it’s foot-hole so to speak -- all of this music (R&B, Soul, Blues) seems to come from that the art, and the  start of improvising -- emotional conversations through music with no real boundaries--what could be better? 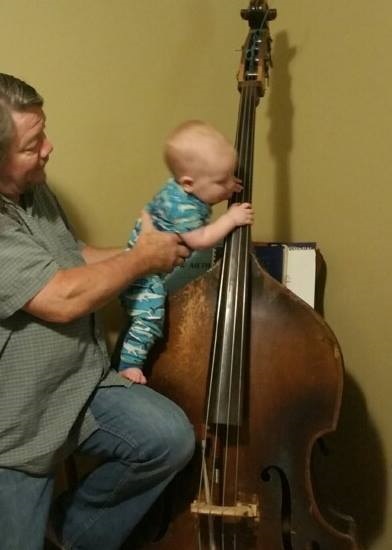 At this point in my life (62 years old) I'm happy that people still pay me to put a guitar in my hands. I truly cannot believe I still make my living doing this…

I'm married (for 38 years) my wife and I have raised two sons (both of them are married) I have one grandson and another on the way that should be here by March of this year I still preform around 200 dates per year and am excited to see what the year 2016 brings our way...

"Music in the past did not to seem to be following a formula – it was not totally about making a ton of money as popular music seems to be focused on these days..."