"Counterculture is the various artistic endeavors that are ahead of their time, often unrecognized, marginalized and resisted especially when they have a political subtext."

Peter Kuper’s illustrations and comics have appeared in newspapers and magazines around the world including Time, The New York Times and MAD where he has written and illustrated SPY vs. SPY every issue since 1997. He is the co-founder of World War 3 Illustrated a political comix magazine and has remained on its editorial board since 1979. He has produced over two dozen books including The System, Stop Forgetting To Remember and Sticks and Stones, which won The Society of Illustrators' gold medal. Peter has also adapted Upton Sinclair's The Jungle and many of Franz Kafka's works into comics including The Metamorphosis, which is used in high school and college curriculums in the US and abroad. 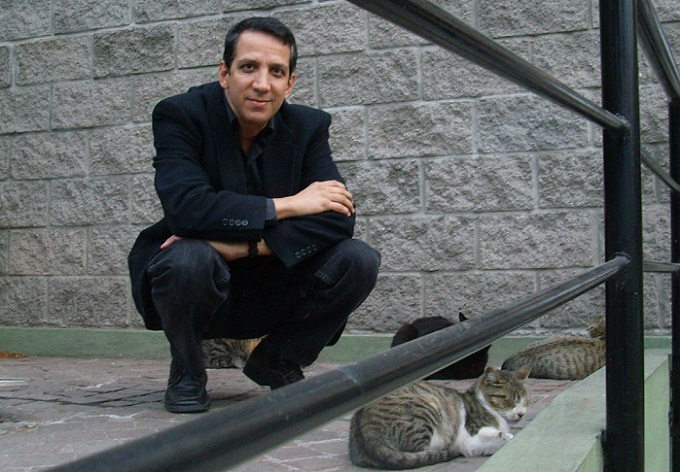 Peter lived in Oaxaca, Mexico from July 2006-2008 during a major teachers’ strike and his work from that time can be seen in can be seen in his book Diario de Oaxaca . His most recent graphic novel Ruins chronicles the migration of the Monarch butterfly interwoven with a couples’ journey to Mexico. He has been teaching comics courses at The School of Visual Arts for over 25 years and is a visiting professor at Harvard University.

What experiences have triggered your ideas most frequently? What characterize the philosophy of your artwork?

World events mixed with personal experience. When the two meet it’s ideal, as it happened to me when I lived in Oaxaca, Mexico for two years. During that time there was a teachers’ strike, which blew up into an international event, and federal troops arrived. Being in the middle of that action made me an eyewitness to the clash and much more. It inspired my graphic novel Ruins and another book, Diario de Oaxaca.

I am trying to do work that reflects my experience living on earth in the 20th-21st century. It serves as a catharsis and a way of processing and capturing my experiences, but I also hope to connect with other people and share my perspective. 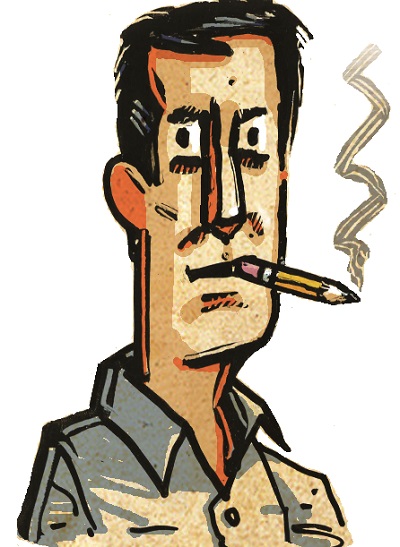 My favorite part of the art process is when I am able to listen to music while I draw. Music feeds my creativity and I often use it to help me give my drawings a particular flavor and energy. Most everything I read from newspapers to fiction drives my work. I wish there were more hours in the day to just sit and read, I’m always backed up with a stack of books and magazines I’m dying to get to.

"I learned that I could do anything I wanted through comix. Politics, sex, autobiography you name it."

I had the good fortune to be interested in comics at a young age and to meet many of my favorite artists. I grew up in Cleveland and met R.Crumb through Harvey Pekar when I was about 13. This was in 1972 before Harvey had done American Splendor. Though my most important meeting was in first grade at the age of six, when I met Seth Tobocman. He and I went on to do a fanzine together, then later both moved to New York City and went to the same art school (Pratt Institute) where we started publishing World War 3 Illustrated in 1979. We are still working together to this day.

As for advice, one of my teachers at Pratt said: “You can’t forget something until you know it.” Which is to say dismiss something. He pushed me to try art forms, like Cubism, that I thought I had no interest in until I actually investigated them. That opened many doors.

I miss the smaller community of people who did it for the love of the form. It was easier to keep up with what was being done! Now it is overwhelming—not that that is bad, it was just easier to be aware of what was out there. My hopes are that there will be more great fully realized adult comics being produced. My fear is that print will be sidelined to make way for more internet. I’m a fan of print.

What do you learn about yourself from the underground culture and what does ‘counterculture’ mean to you?         (Photo © by Holly Kuper) 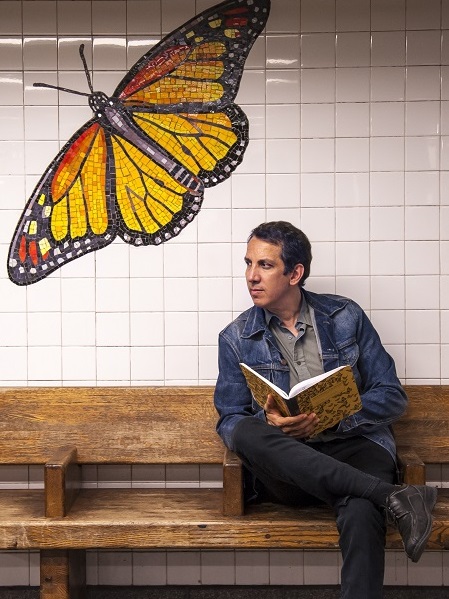 I learned that I could do anything I wanted through comix. Politics, sex, autobiography you name it.

Counterculture is the various artistic endeavors that are ahead of their time, often unrecognized, marginalized and resisted especially when they have a political subtext. When people grew their hair long it was a form of protest against the restricive world. They got beat up for this, but the very people who beat them up would later be growing their hair long. Eventually the “counter” part rises up and changes the culture, but usually gets swallowed whole by the mainstream and embraced eventually. That seems to be consistent and very often de-tooths the power of the alternative and makes it commercial and completely disconnected from its origin.

What are the lines that connect the legacy of alternative comix of 60s with your generation and the new artists?

There are many connections. The 60’s comix addressed the zeitgeist of their era, just as we have been expressing our time period. There was a tremendous amount of self -expression that existed in both and political subtext in many underground comix and that had a huge influence on work that followed.

You have traveled in Latin America, Europe, Africa, and Asia. What has made you laugh and what touched (emotionally) you from your trips?

I’ve laughed at the fact that I’ve gotten to travel all over the world without ever getting hurt or having any really negative situations that could not be overcome. Not haha, laughed as much as relieved and amazed by the good fortune! I’ve been touched by so many encounters with people around the world who have shown me kindness and warmth and rescued me from situations that could have been bad. Picking me up and giving me a ride in remote parts of Africa, giving me places to stay in Indonesia, helping me across raging rivers in New Guinea and on and on. Often these were people who were terribly poor and who were sharing what little they had.

What is the impact of comic art to the racial, political and socio-cultural implications around the world? 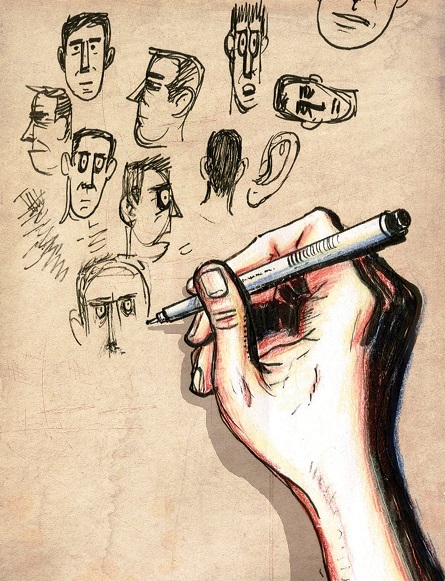 I can’t say exactly what the impact is or will be. In many ways the work many of us do is a message in a bottle and we don’t see whom it reaches and affects. Occasionally I hear from, or encounter people who have seen my work and been moved in various ways, which is a thrill. How that shapes them or impacts what actions they take in their lives is longer range, so it can be simply quantified.

"Music feeds my creativity and I often use it to help me give my drawings a particular flavor and energy."

I wouldn’t mind getting a shot at the “summer of love” as a young adult…naw I’d probably just blow it with girls and be depressed, then get drafted. Seems like every time period has a catch, so I’ll stick with this one.

If I did go and had limited space, I’d take my well-worn copy of Grapes of Wrath, a couple of Vonnegut books, Bob Marley, The Beatles, Rolling Stones, XTC and Charlie Chaplin’s “Modern Times”.

How you would spend a day with Mickey Mouse?

On a steamboat, whistling.

What would you say to next US President?

Act on climate change NOW—not tomorrow or in 15 years, NOW!

Reduce funding to the military, which will easily cover the costs of pretty much everything that actually makes us safer: investing in education through college, infrastructure repair and upkeep, universal healthcare, housing for everyone etc., etc.

End the drug war, release people who are in jail for drug use and give them help not punishment. And about 100 other things…

"I miss the smaller community of people who did it for the love of the form. It was easier to keep up with what was being done! Now it is overwhelming—not that that is bad, it was just easier to be aware of what was out there. My hopes are that there will be more great fully realized adult comics being produced. My fear is that print will be sidelined to make way for more internet. I’m a fan of print."

Did you ever read comics strips—most especially Winsor McCay’s Dream of the Rarebit Fiend?

If so did that influence your work?