"Technology has set back the quality of music in some regards.  Going into a room by yourself and spending years learning your instrument, that’s something a lot of young people may not understand. That experience also changes you as a person."

American guitarist, composer, proucer/arranger, and educator, Stew (Stewart) Cutler born and raised in New York City. He developed a keen interest in the guitar at an early age. Growing proficient, and with confidence, he left for the open road at 19 his first gig being with blues legend Z.Z. Hill. Seeking to push and hone his skills, Cutler also began playing with new music pioneers Bobby Previte and Eliot Sharp. He later moved to Woodstock, NY, to work with bassist Harvey Brooks but would eventually return to New York. As a sideman has performed the world over with the greats: Percy Sledge, Eddie Floyd, Wilson Pickett, Fontella Bass, The Fantastic Johnny C, Earl King, Jimmy Castor, and more recently, Queen Esther Marrow & The Harlem Gospel Singers and Sweet Georgia Brown.   Photo by David Landon 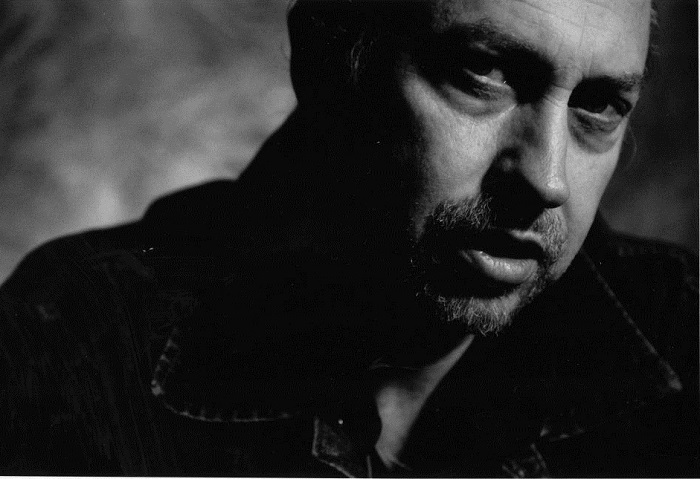 He has worked with artists as diverse as Meatloaf, Jeb Loy Nichols, David Fanshawe and Jimmy Dale Gilmore, Cuter as also worked with many of the greats of Jazz and modern music, including David Sanborn, Bill Frisell, Lester Bowie, Charlie Hunter, Wayne Horvitz, Bobby Previte, Robin Holcomb, Philip Johnston, and Eliot Sharp to name a few. With the success of his first two Cds “Trio Music” on Fountainbleu records and “Insignia” on the Naim label, Stew has developed a unique sound, R& B and Jazz, melody and noise. With “So Many Streams” (Fountainbleu) Cutler shows his Blues and Roots side. Trio Live gives the listener the most exciting side of Cutler yet, his live performance. His latest CD, "After Hours" brings Cutler all the way back to his late night jazz and soul roots. Stew Cutler has always known how to give the people what they want - now he can do so on his own terms.

What do you learn about yourself from the Jazz n’ Soul culture and what does the blues mean to you?

First, it’s important to be you!!! Also For every guitar player in the United States playing Blues is important. There are also a lot of political and social issues that are problematic here in the States. It hits home to me even more because you see and hear a lot of stuff first hand.

How do you describe Stew Cutler sound and songbook? What characterize your music philosophy?

I am a blues based guitar player but I have played so much other music. I cross the lines a lot when it comes to a specific musical genres, so there is Jazz, Country, Gospel, improvised music and more in there. Philosophically I guess I blur the lines between genres. But I am just being myself rather than trying to fit in someplace. Probably not a good business philosophy!! (Laughs)

Early on for me I realized that keeping my mouth closed was the best way to learn. I believe this is true in life in general. I have learned from so many people but Bassist Harvey Brooks and Guitarist James Clark come to mind right away. But there are so many I have learned from the list would go on forever. 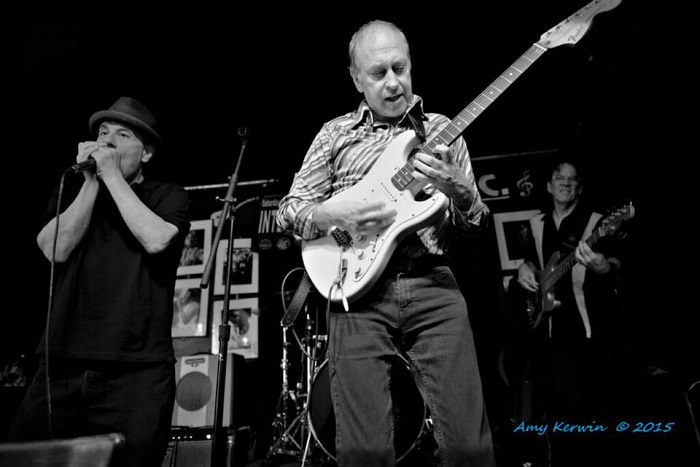 "I do not believe New York is the place that has the best work for musicians. LA & Nashville are probably better places to go to make money. I do think New York still attracts the best musicians." (Stew Cutler and Sonny Hudson on stage, Groove, New York 2015 / Photo by Amy Kerwin)

I would not know where to start, as every gig and session has its own little story to it.

Technology has set back the quality of music in some regards.  Going into a room by yourself and spending years learning your instrument, that’s something a lot of young people may not understand. That experience also changes you as a person. Song composition has also suffered. I also don't like how conservative Jazz has become. I believe it has set the music back, and as a "living art form" it’s very sick and may need medical attention!! Of course there is nothing wrong with playing traditional jazz in all its forms, Bop, Big Band, Organ trio-which I love, so many styles. Keeping that music alive should not come at the expense of playing something new.

What are the lines that connect the legacy of Blues with Jazz, Soul, and continue to Funk, and Rhythm & Blues?

American Gospel music is where it all starts. I am fortune to have played as much as I have with the real people. That would be Fontella Bass and the Harlem Gospel singers with Queen Esther Marrow. 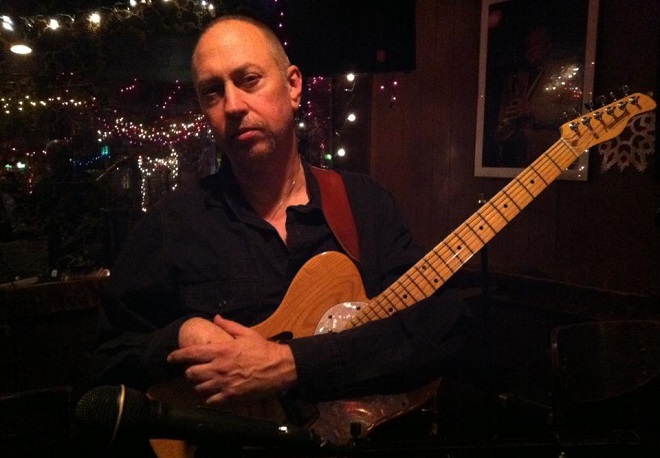 "I am a blues based guitar player but I have played so much other music. I cross the lines a lot when it comes to a specific musical genres, so there is Jazz, Country, Gospel, improvised music and more in there." (Photo: Stew Cutler in Jazz club of Arthur's Tavern, New York City)

What has made you laugh from Z.Z. Hill & Earl King? What touched (emotionally) you from Percy Sledge & Wilson Pickett?

With ZZ Hill I was very young. Both myself and the Drummer Abdul Rahman Qadir had never flown before and we were terrified. We still laugh about it to this day! I think I was a little afraid of Wilson Pickett (laughs)! I enjoyed playing with Earl King and Percy Sledge.

What is the impact of Blues, Soul and Jazz music and culture to the racial, political and socio-cultural implications?

For me unfortunately you see that the States is still a very biased place against people of color, even though we have President Obama.

What were the reasons that made the NYC to be the center of Jazz-Blues-Soul researches and experiments?

I do not believe New York is the place that has the best work for musicians. LA & Nashville are probably better places to go to make money. I do think New York still attracts the best musicians.

Maybe a do recording session with the band at Motown in Detroit. Also I saw Charles Mingus as a teenager at a club, and fell into a little conversation with him. Maybe go back and dig a little deeper. 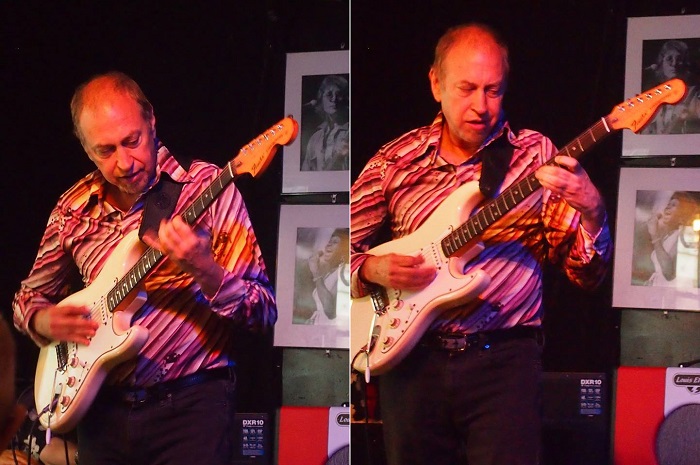