"Music has been at the forefront of social change and it remains that way today. Bands are more integrated between race, gender and nationality than ever before. That is the way forward."

Likho Duo: Blues And The World Beyond

Within a year of forming the duo, Likho Duo has released (2017) its debut instrumental album, “Blues And The World Beyond.” The six original tunes intertwined with eight standards acoustically arranged were recorded in two days earlier this year at Thump Recording in Brooklyn, NY. Likho Duo was formed in the fall of 2016 by Italian guitar and harmonica player Noé Socha and upright bass player Cliff Schmitt. They are an acoustic group and their repertoire consists of blues standards, original music, and a couple of traditional Italian songs. They perform regularly in New York City at venues such as Pete’s Candy Store, Terra Blues, Precious Metal, The Bitter End, Barbes, & Hometown B. 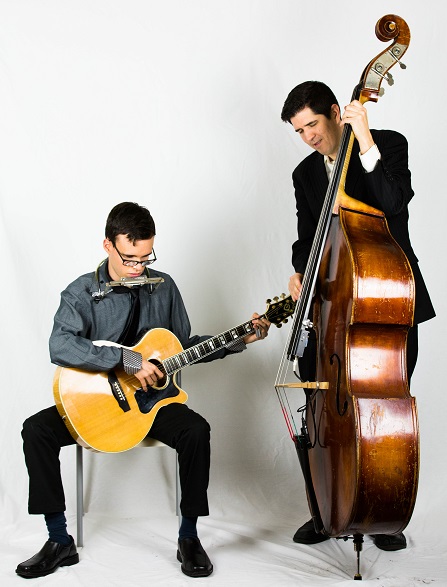 Noé Socha, 26, is a guitar and harmonica player from the small town of Carpi, Italy, who now resides in NYC. Noé began his studies at Conservatorio Vecchi Tonelli in Italy at age seven, where it was discovered he had perfect pitch. He was classically trained on xylophone, piano, cello and guitar. At age 12, at another private music school, Musicology, a guitar teacher introduced him to blues music by teaching him ‘Sweet Home Chicago.’ Noé liked it so much he had his Dad get him every blues record he could find. Influenced by artists such as Bob Dylan and Neil Young, and blues musicians Mississippi John Hurt, Muddy Waters, and Lightnin’ Hopkins, Noé has created his own signature sound. He pairs a fiery guitar technique with virtuoso harmonica playing, channeling the sounds of the Mississippi Delta with a touch of Hendrix-esque flavor. Noé is a graduate from Berklee College of Music on scholarship and has received many awards including the “Jimi Hendrix Award” for the college’s leading guitarist and the “Billboard Magazine Endowed Scholarship” presented to the college’s top student.

Cliff Schmitt, 46, started playing cello at age 12, then switched to electric bass at 15, and started playing upright bass at 18. He attended the University of North Texas studying Jazz and Classical music. His introduction to the blues was through his father’s record collection. When he was in college he worked for an R&B singer named Al “TNT” Braggs, who had written songs for Bobby Bland and Aretha Franklin. This was his first real professional gig. Cliff Schmitt has been based in NYC for the last twenty years and has toured the world with Blues Music Award nominee, Michael Powers, as well as jazz singer Curtis Stigers. Cliff is the house bassist at Terra Blues in NYC, where he performs regularly with some of the best blues artists the world has to offer.

Noé is legally blind. He does have extremely limited vision in one eye and can see shapes and colors if it is not too bright or dark out. Cliff has a vision issue in one eye, so between the two of them they have one good eye. Like a cyclops. But that would be too obvious, so they decided to use the name of a lesser known one-eyed monster. Likho, liho is an embodiment of evil fate and misfortune in Slavic mythology, a creature with one eye, often depicted as an old, skinny woman in black or as an evil male goblin of forests.

How has the Blues and Rock music and culture influenced your views of the world and the journeys you’ve taken?

Noe: Blues and rock music and culture are a big influence on me. I try to channel the spirit of this music in my playing. The feel is the most important thing, if I have two takes of a song I’ll always chose the one with the best feel over the one with less mistakes. I also like how simple this type of music is, sometimes one note means a lot more than twenty.

Cliff: I’ve been lucky enough to travel all over the world playing blues and jazz music. I’ve seen how music is a universal language that can bring people from diverse backgrounds together, that is an amazing thing!

What were the reasons that the duo started the Blues and beyond researches and instrumental experiments?

Cliff: Although we are primarily a blues group, Noé and I both love of all kinds of music. That is why we play music not considered blues- we love music, blues and beyond.

How do you describe Likho Duo sound and songbook? What characterize duo’s music philosophy?

Noe: Likho Duo’s songbook includes a lot of blues standards, original music, some country, rock, and jazz. We play a couple of traditional Italian songs as well. We pick tunes that we think would be effective without vocals, and arrange them so they sound different from other versions. 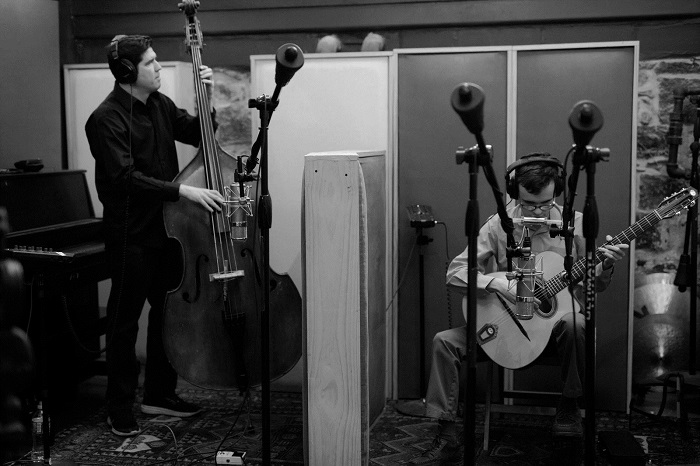 "The music is a great way to unify people of all kinds, because this is what the music is about. Rock music wouldn’t exist if it wasn’t for the blues. It’s common to see bands with people from different countries and backgrounds, and that should be used as a model for everyday life as well."

Noe: We really enjoyed performing at the International Blues Challenge audition in Long Island. It was great to see how people reacted to our music. We were able to have the whole room very quiet, and it made us realize once more that vocals aren’t necessarily needed when playing this kind of music, when what is played is interesting and captures people’s attention.

Cliff: My first rehearsal with R&B legend Al “TNT” Braggs was so eye-opening for me. I was a college kid, I could play alright, but I had been playing with mostly other guys my age though. We would learn music by ear from records, or from sheet music. When I went to rehearse with Al for the first time he sang all the bass lines to me. It was a lot of pressure- everyone was waiting on me to figure out my part so we could get going. I was used to having as much time as I needed to get my part together. I think having that kind of pressure is essential to making progress musically. I was out of my comfort zone and I am much better for it today.

Noe: I miss how real the music was back then. If I listen to the old recordings I can always tell who is playing or singing from the first note. I feel like now a lot of musicians focus on the chops rather than the message, and most bands sound the same. It’s impossible to exactly replicate what the blues musicians were doing back then, but I think we should all try to capture that spirit and make it current, adding our own spin to the music.

Cliff: I miss the authenticity of that era. Too much music these days is made with computers, and it sounds that way. Music without the human element is meaningless. I hope in the future that we don’t lose sight of this fact.

Noe: It would be great to stop labeling artists as something all the time. All kinds of music are beautiful, and musicians should really be allowed to take inspiration from anything they want without being bashed on.

Cliff: I would change the pay structure of streaming services. The music industry was so far behind the curve of changing distribution technology and never caught up. As far as music itself, there are a lot of modern pop artists that I feel aren’t worth the time to complain about! 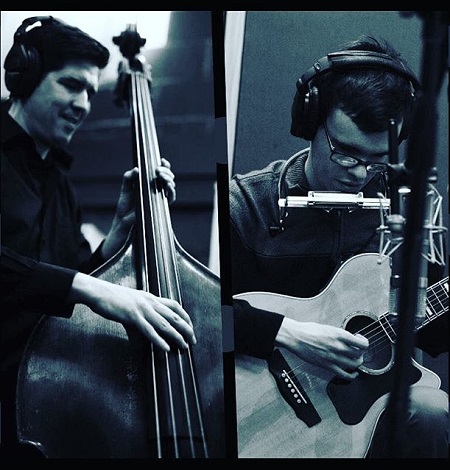 Noe: The 80’s and 90’s were a great time for the blues in Italy. Fabio Treves was the first blues musician from Italy who played with some big names in the US, like Mike Bloomfield. Now there are a lot of great local blues bands, but it’s very hard for musicians to make a living playing this kind of music. Most festivals hire American bands before looking into the local scene.

Noe: Yes, both types of music have very simple forms and messages, and usually the lyrics can be related to by most people.

Noe: The music is a great way to unify people of all kinds, because this is what the music is about. Rock music wouldn’t exist if it wasn’t for the blues. It’s common to see bands with people from different countries and backgrounds, and that should be used as a model for everyday life as well.

Cliff: Music has been at the forefront of social change and it remains that way today. Bands are more integrated between race, gender and nationality than ever before. That is the way forward.

Noe: I’d like to go back to the 30’s, and meet the blues legends like Robert Johnson, Lightnin’ Hopkins, and so on. I’d love to spend a day with them and hear their stories, and really see how their lives were. I think it would give me a different perspective on my own, and I’d be able to relate to the music differently.

Cliff: I would love to go hear music how music sounded before it was able to be recorded. New Orleans in the 1800s would be cool, or hearing Bach, Beethoven or Brahms live would be amazing.