Q&A with electrifying singer Val McKnight - a mixture of Gospel, Soul and Blues with a raw back in the day Mississippi flavor

"A Female in a man world is a vigorous journey although some Females have made great music and received respect from the “Man World”. Woman have always been apart of the Soul Blues Music down through the years. Although there’s more men than woman in the music business."

Electrifying soul and blues singer Val McKnight almost stubbornly unstudied, as if her audiences wouldn't put up with the pretension, Val McKnight hasn't the slightest interest in melisma or coloration on the opening (and title cut) of her debut 2011 CD, "Red Hot Lover." Her long notes slide flat, and her tone has all the subtlety of a screeching alley cat cornered by a pack of dogs. But hold on! In Southern Soul, as in the Bible, the last--by virtue of their righteousness--shall frequently go "first," and in Val McKnight's case that is the conclusion one almost begrudgingly grants the feisty singer as she drops one authentically memorable track after another. 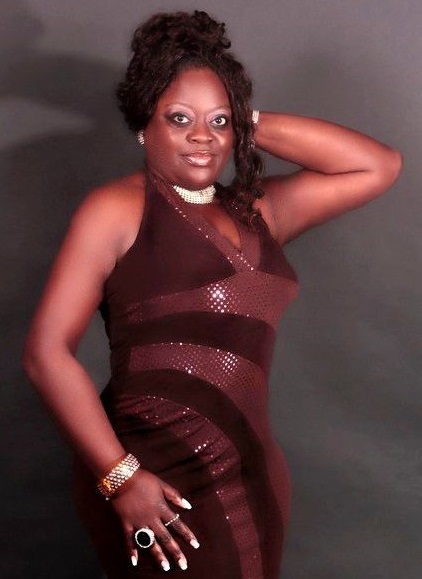 No stranger to Daddy B. Nice's Concert Calendar, Val McKnight has been an entertainer in the Jackson, Mississippi area (including Vicksburg) for years, and, as Vick Allen recently said in an interview with DJ Cadillac Zack (WMPR) regarding success in the Southern Soul world: "If you can make it in Jackson, you can make it anywhere."  Listen to Valerie McKnight singing "Hoo Doo Woman" Live Onstage at the E&E in Jackson, Mississippi on YouTube. Seasoned in the ways of juke-joint southern soul, McKnight's first charting single, southern soul-certified, was "You Bring Out The Freak In Me" way back in 2009, so this album has been a long time coming.  McKnight is equally adept at hole-in-the-wall blues ("Hoodoo Woman," "Juke Joint Party," "Blues Is A Serious Thing") and southern soul ("Two Is Company," "Jody Got The Job Done," "Red Hot Lover").  "Two Is Company" was Daddy B. Nice's #4 "Breaking" Southern Soul Single for February '14. Even with a king-sized bed, Val McKnight is in no mood for "3-N-A-Bed" with her husband and best friend. The longtime, dues-paying, Jackson-area diva shines on her CD, Red Hot Lover. The chorus has an accurate and street-wise, southern-soul feel. The set includes a couple of respectful covers, Etta James' "Wet Match" (featuring George Jackson) and Bobby "Blue" Bland's "Members Only" (featuring Larry Addison), on which Valerie's vocal sounds almost conventional, proving that her wild-and-touch un-schooled-ness on "Red Hot Lover" and other rowdy numbers is a calculated one. Val even "stoops" to urban r&b in "Flicker In The Flame" with another corresponding loss of vocal identity. Nothing sounds better than the segue into the first notes of "Jody Got The Job Done" and a return to the Vivacious One's true metier: alley-cat passion.  Harrison Calloway Jr. and Forrest Gordon provide the adept and flexible production, including most of the musical backgrounds, with the inimitable and ubiquitous Stevie J. on guitar. (Bio by Daddy B. Nice)

What do you learn about yourself from the Soul& Blues culture? What does the Blues mean to you?

I learn what’s truly rooted within me is coming out. I’ve also learned to use my talent and ability strive to better my gift by working hard. The Blues is apart of me and singing the Blues comes natural. The Blues to me is saying what I feel. It provides away of freely expressing myself.

How do you describe Valerie McKnight sound and songbook? What characterize your music philosophy?

Val sound is a mixture of Gospel, Soul and Blues with a raw back in the day Mississippi flavor. My Music Philosophy is based on making sure every song is simple and ease to relate to and understand.

Why do you think that the Southern Soul and Blues music continues to generate such a devoted following?

People need and want to embrace what is real and genuine. Soul and Blues has a nature feeling not like any other music. As people get older they can still identify with the stories that are being told in the songs and the melodies. 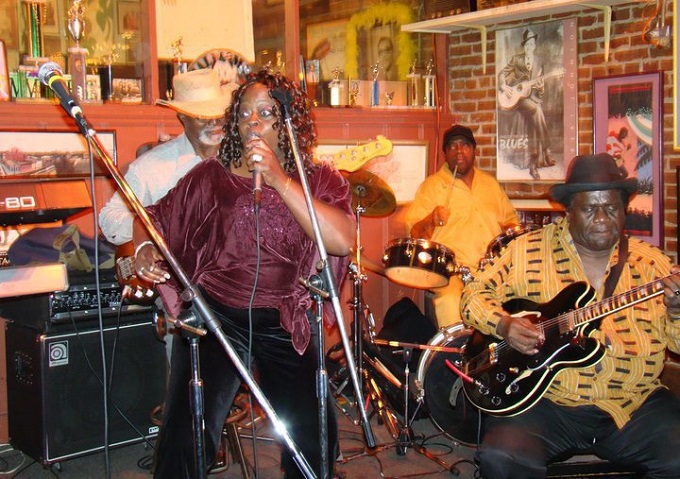 "I learn what’s truly rooted within me is coming out. I’ve also learned to use my talent and ability strive to better my gift by working hard. The Blues is apart of me and singing the Blues comes natural. The Blues to me is saying what I feel. It provides away of freely expressing myself."

Which collaborations have been the most important experiences? What is the best advice ever given you?

The Late Great Harrison “Cap”Callloway the producer on my first CD “Red Hot Lover”. He worked with me through the recording session as well as instructed and directed me. Cap advice me to have total confidence in my singing and to put my heart and soul into what I love and shoot for the stars.

Which meeting have been the most important experiences for you? What is the best advice even given you?

Performing on stage with the great performers and legends of the soul and blues market and signing a contract with ECKO Records. If you are going to be an artist you have to give it your all in studio and on stage.

Are there any memories from shows, Festivals and recording time which you’d like to share with us?

Being on Shows with Denise Lasalle, Millie Jackson, Bobby Rush Artist I listen to as a child just to name a few. In the studio with Harrison Calloway as my producer and working with John Ward of Ecko Records.

What do you miss nowadays from the music of the past? What are your hopes and fears for the future of?

I miss the simplicity and the delivery of the music the strong lyrics with a good stories. Very few artist these days have there on style and sound. I hope and fear that the artist and musicians of this era will not lose respect for the great legacy of the past and the music that they left us. For they were the one’s who paved the way and laid the foundation for them to have an opportunity in this music industry.

My changes would be that Soul Blues or Southern Soul get acknowledge and treated fairly by radio as well as Billboard magazine and others in the industry. The connector is that they all came from the Black Gospel music. The blues is the first off spring that produced the legacy like Robert Johnson, Muddy Waters, Howling Wolf  to name a few legacies. Then came Rhythm and Blues giving birth to Soul Music they all came with a story in the lyrics of the songs.

What does to be a female artist in a “Man World” James Brown says? What is the status of woman in Soul?

A Female in a man world is a vigorous journey although some Females have made great music and received respect from the “Man World”. Woman have always been apart of the Soul Blues Music down through the years. Although there’s more men than woman in the music business. The contribution from woman have been enormous that can’t be over looked and woman play a very important part out front as artist and behind the scene as writers, Promoters Productors, Managers and etc.

I would love to go back in time to the studio and juke joints at the time of Chess Record.When Etta James, Howlin Wolf, Little Walter, Chuck Berry and others were making musical history. So I could just see and feel the electrifying atmosphere of pure genuine talent at work.