Q&A with Ilya Portnov one of the most innovative and technically advanced harmonica players in the world.

"Since the Blues plays such an important role in the American music and culture and the American culture is so influential all over the world nowadays I think listening to the Blues and learning about its history can be beneficial to pretty much anyone."

Ilya Portnov is among the most innovative and technically advanced harmonica players in the world. Having chosen the diatonic harmonica as his instrumental voice, Ilya transforms its rustic simplicity into a sophisticated, expressive sound capable of conveying the most challenging music. As a world citizen, Ilya is equally comfortable swinging a Brazilian choro, navigating a sinewy Balkan dance, or celebrating harmonica’s roots in the blues. Ilya Portnov was born in Russia and grew up in the suburbs of Moscow. As he was born in 1989, all his documents say that his place of birth is the USSR. He came to study at the New England Conservatory in Boston, where he obtained his Master’s degree, as the first person to be accepted with the diatonic harmonica as the main instrument. After graduating from NEC in 2014, Ilya moved to the West Coast. At first to San Francisco and now he’s based in Los Angeles. Ilya started out playing piano at the age of four, mostly classical music. His dad is really into rock music, so he always heard a lot of British rock (Beatles, Rolling Stones, etc.) growing up. He also had a couple of friends, who played blues on the harmonica, and he was really into its sound. Finding an old harmonica that belonged to his dad, he was hooked and spent all his free time practicing, even skipping college just to stay home and practice. As he already had theoretical knowledge about music, he progressed swiftly on the harmonica and five years later was accepted into the Master’s program at the Contemporary Improvisation department of New England Conservatory, one of the most prestigious music schools in the US. His first harmonica teacher in Russia, Alex Bratetsky, greatly influenced Ilya’s technique, developing an excellent basic foundation and introducing him to the “overblow” technique, which allows one to play a full chromatic scale on a diatonic harmonica. His teacher also introduced Ilya to the music of Jason Ricci, Howard Levy and Carlos del Junco, a major turning point in his development. “Strong Brew” (2017) is his debut solo project. A few years ago, Ilya recorded an album with one of his bands called Choro Bastardo, which plays Brazilian music, and he has also recorded on a bunch of other people’s albums. Some of them are released in the US, some in Brazil, and some in Russia.

I think the Blues is a very pure and deep form of expression. Even though I wasn’t born into this culture I believe the feelings and emotions that this music is filled with are quite universal so I think I can still understand it. Maybe not in the same exact way as someone who was born into the blues culture and lived in it all their life but in a quite similar way probably.

What were the reasons that you started harmonica researches and experiments? How do you describe your sound?

I had a couple of friends in Moscow who played the blues harmonica and I always liked its sound. Then I found an old harmonica someone gave to my dad as a gift when he was on a business trip to the US on the year that I was born actually. I started fooling around with that harmonica and learned a few blues licks. At that point I still wasn’t really serious about it because the only thing I’d heard on harmonica was the blues and I really liked the music but because I was living in Moscow and grew up there I just couldn’t see it as the only thing I would do because of my background and the culture that was surrounding me. And then I heard some recordings of Howard Levy and Jason Ricci. They play a lot of different styles of music on the instrument so that was the moment when I realized that I could do it too, got super excited about it and started practicing all the time. Then I was accepted to the New England Conservatory in Boston and got a Masters Degree in music there and that influenced my playing a lot too.

Sometimes when people hear me play they say that my harmonica sounded more like a saxophone, clarinet, accordion or violin. I think it’s because a lot of music that I play on the harmonica wasn’t written for the instrument and often I in a way try to imitate another instrument when playing that music. 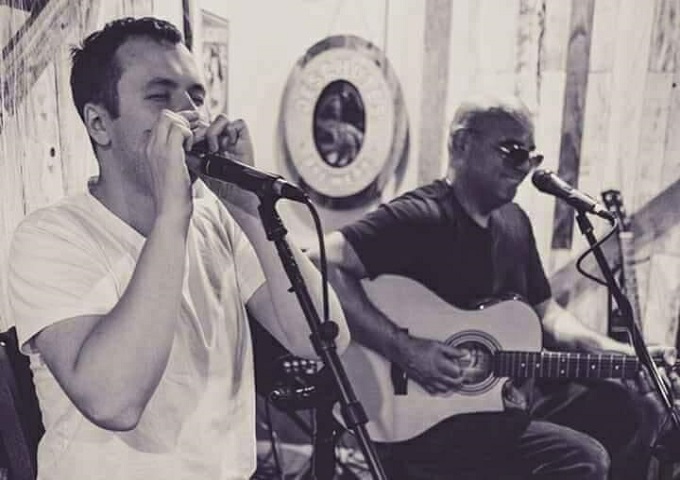 "I think the Blues is a very pure and deep form of expression. Even though I wasn’t born into this culture I believe the feelings and emotions that this music is filled with are quite universal so I think I can still understand it. Maybe not in the same exact way as someone who was born into the blues culture and lived in it all their life but in a quite similar way probably."

I was playing this afternoon gig with my blues duo a few months ago and at the table right in front of the stage there was a family with a little girl. At some point I noticed that she would cover her ears with her hands every time I would start playing harmonica so I got a bit confused for a couple of minutes, didn’t how to act, but I had to keep playing. We weren’t loud so I still don’t know why she was doing it –probably just wasn’t a big harmonica fan.

It’s hard for me to answer this question because I can only know about the blues of the past from recordings, books, movies and stories I hear from people who were around then. One thing that I think is very important is trying to be as knowledgeable as possible and also willing to try new things, experiment. I think it’s beneficial for the musicians and for the audience too.

What touched (emotionally) you from the Brazilian and Balkan and Afro-American music?

I think all of these counties and places have music that has some very deep and strong emotional content. That’s probably what I like about it. Other places of course have music with such qualities too.

How has the World music influenced your views of the world and the journeys you’ve taken? 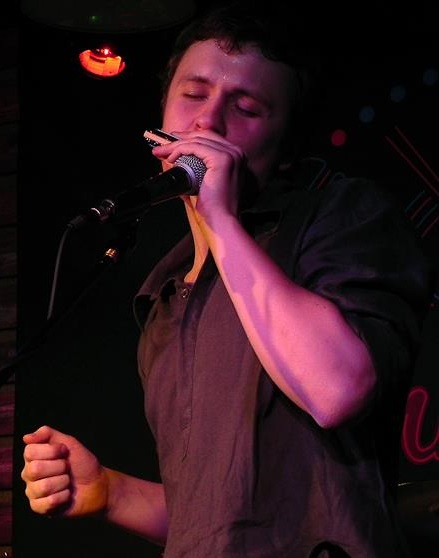 I don’t really like the term World Music – it’s not very specific, but my life was and is still very influenced by different kinds of music from different parts of the world. I don’t know if I would be in the US right now if it wasn’t for the music that was born here and that I’m interested in. Same with Brazil – no sure if I would have ever gone there if I didn’t get interested in this style of Brazilian music called “Choro”. I’ve been very fortunate to travel quite a lot and music is definitely responsible for many of the journeys and adventures I’ve had in recent years.

Traveling, seeing how people live, learning about their culture of course changes the way you see things, gives you more perspective.

There is a Blues scene in Russia nowadays. There is a number of Blues clubs in Moscow and Saint-Petersburg and some good musicians too. I’m sure it exists in other Russian cities too, but I just don’t know. Russia is so big and I haven’t been there for a few years so I’m not sure how things are exactly going right now.

Nineties was probably an interesting moment for the Blues in Russia. I was a kid and didn’t really know much about this music then but it was the time when the records and the information coming from other countries became widely available and I think that actually was the time when the Blues scene was born in Russia. Some people there of course heard and played that music before too but I don’t think there was a real scene for it. Nowadays quite a lot of the Blues artists from the US come to play in Russia and it helps to popularize the music too.

Since the Blues plays such an important role in the American music and culture and the American culture is so influential all over the world nowadays I think listening to the Blues and learning about its history can be beneficial to pretty much anyone.

Can I be traveling to different places and times all day? Still wouldn’t be enough time, but I’ll try. I’ll go hear Johann Sebastian Bach play organ for a church service in the morning, then go to Brazil to attend an afternoon roda de choro (jamsession) with some of the greatest Brazilian musicians and composers like Pixinguinha and Jacob do Bandolim. At night I would go to 1950s to see a Muddy Waters concert and I would invite Amy Winehouse to see the concert with me. She’d probably like it. 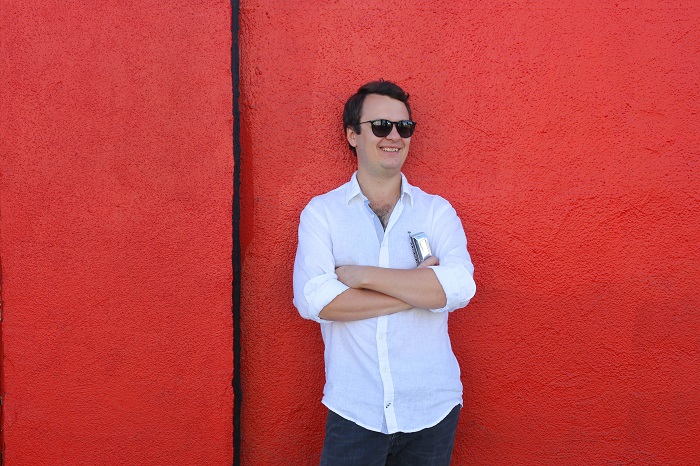