"The cliché is true: Blues is a feeling. Rhythmically and lyrically it hits you smack dab in the middle. It’s a form of music that can seem very simple and uniform, yet it’s deceptively complex with layers and layers of nuance."

The Milwaukee-based quintet Altered Five Blues Band is the first artist to join the roster of the esteemed blues/roots label Blind Pig Records since it was acquired by The Orchard, one of the largest independent distributors in the world. The band’s label debut, “Charmed & Dangerous” (2017), was produced by multi-Grammy-winner Tom Hambridge (Buddy Guy, Susan Tedeschi, George Thorogood, James Cotton) and released worldwide August 11. This highly anticipated reunion of Hambridge, who also played drums on the album, and the A5 songwriting team marks the fourth full-length album for the band. The 13 new tunes cover the gamut of hard driving blues, house rocking soul, and classic R&B all designed to feature the infectious vocals of Jeff Taylor, whose bravado and full-throated baritone sounds like B.B. King, Big Joe Turner and Bobby “Blue” Bland all rolled into one. The band are: Jeef Taylor (Vocals), Jeef Schroedl (Guitar), Mark Solverson (Bass), Raymond Tevich (Keys)​, and Alan Arber (Drums). Taylor spells out all his manly attributes that read like a rock-star resume in the opening title track, then keeps the positive vibes flowing on the upbeat shuffle ‘Mint Condition.’ For the foot stomping blues ‘Three Forks’ the band delivers a clever reworking of Robert Johnson’s seminal classic ‘Crossroads,’ by writing a new set of lyrics that pay tribute to the Delta Blues of 1938 and all those how have ventured down to Clarksdale seeking to uncover her mysteries. A sharp guitar riff from Jeff Schroedl sets up the angular blues confessional ‘On My List to Quit,’ and Taylor plays the bard with quick witted prose on the sonnet ‘If Your Heart Went Public.’  The jumpin’ track ‘Gonna Lose My Lady’ is a hip shaking boogie and the greasy slow blues ‘Cookin’ In Your Kitchen’ is a tasty treat full of hot licks on piano from Raymond Tevich and more scorching leads from Schroedl.  The gang ramps up the energy for ‘She’s Still Crazy,’ adding harmonica from Steve Cohen to create a very Junior Wells like vibe, while bassist Mark Solveson propels the groove with a steady, angular line. Look for an upcoming video for the sentimental ballad ‘Eighth Wonder,’ that features Candice Smith on soaring backup vocals.

The band gets down to business for the driving blues rocker ‘Three Alarm Desire,’ followed by more grit and groove on the straight-ahead mover ‘Small Talk’ that features sweet Hammond B3 from Tevich. The band goes deeper for the heavy rocker ‘Rotten,’ laying down a bit of Deep Purple styled thunder. Finally, the happy go lucky swing of the sardonic ‘Look What You Made Me Do’ closes out the set with Taylor leading the crew through some old timey blues. The new album from Altered Five Blues Band is perfectly titled, as this team is exactly as advertised, a “Charmed & Dangerous” group of very talented players, who are on their game. (Intro by Rick J Bowen / Photo by Brooke Billick)

J.T: Blues is the interpretation of the human condition. That being said, with the telling of these universal stories, I along with every listener, can reflect on my human condition, the journey here and the joys and sorrows that make each journey unique. I’ve learned from other artists to develop my own personal sound and the band, too, has developed a unique sound through the influence of great blues men and women.

J.S: The cliché is true: Blues is a feeling. Rhythmically and lyrically it hits you smack dab in the middle. It’s a form of music that can seem very simple and uniform, yet it’s deceptively complex with layers and layers of nuance. For us, the blues is a common ground. The music feels good, blues fans are genuine and the whole scene is pure.

How has the Blues and Soul music and culture influenced your views of the world and the journeys you’ve taken?

J.T: Growing up in the late sixties and early seventies, watching how culture changes music and music changes culture has hugely impacted me. The events of my life have a unique soundtrack. I found I could connect to the struggles of people’s stories in the blues. I would have to say music was more segregated into category and listener when I was growing up. Now it is more of a global experience and all sorts of folks listen to all sorts of music. As far as blues in concerned, the genre has become music more diverse in styles. The contemporary blues artists can dabble with rock and rhythm & blues, and artists have more leeway to mix sounds and genres.

J.S: The music has introduced me to many great people – blues and soul tends to find a lot of kind folks. Everyone can relate to the lyrics and the vibe of the music. I think we all learn something from our travels, and different people we meet, and somehow it naturally makes us who we are. "Blues is the interpretation of the human condition. That being said, with the telling of these universal stories, I along with every listener, can reflect on my human condition, the journey here and the joys and sorrows that make each journey unique." (Photo by Brooke Billick)

How do you describe Charmed & Dangerous sound and songbook? What characterize album’s philosophy?

J.S: We try to write and play to our strengths. It’s taken a long time for each of us to find our own style and do what we do best, and I think that really comes through in this recording. We’re not trying to follow a certain formula or sound that’s been done before; the music is very much grounded in the blues but we’re trying to play it in our own way. As for the philosophy, it all really starts with the songs. You can have a nice recording but without strong songs, it doesn’t matter. More than anything, we spent our time writing lyrics and music that we feel really good about.

J.S: Tracking JT’s vocals on the title track comes to mind. There was just something about a couple of lines, such as “walk a bloodhound dog” and “I promise you darling,” that had us laughing. “Look What You Made Me Do” was also memorable, with Mark on upright bass and such a different sound for us. The song was initially not working very well, instrumental-wise, but it eventually came together really well. It’s always a great moment when a song finally clicks. “Gonna Lose My Lady” was similar. We tried a number of grooves with that one before finally getting it right.

J.T: Working with Tom Hambridge has been most influential. The experience he brings is incredible. Working with him really required us to think about what we wanted the songs to say and what stories we’re trying to tell. Before he came in the picture, our songs were not as clear and cohesive. The skill needed to be a good songwriter demands that you constantly hone your craft. The best advice that anyone ever gave to me personally was to always keep your music alive. Whether it’s singing in the shower or performing on stage, keep music in your heart.

J.S: The band has had support from so many people of the years that it’s hard to single a few out. Our producer, Tom Hambridge, certainly had an impact on how we write and arrange songs. He opened our eyes to a lot of things. Best advice? There’s a phrase that goes something like, “If you do what you’ve always done you’ll get what you’ve always gotten.” For some reason that always stuck with me as a reminder that we need to try new things, take chances, and keep pushing the envelope so to speak. 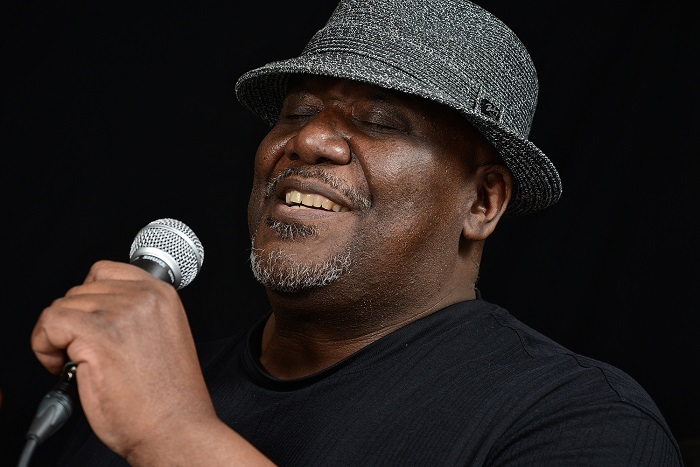 "What I find odd is that blues and soul comes out of the black tradition. But now you go to the average festival or gig and it’s mostly a white, older crowed. Not a lot of millennials, not a lot of diversity. I think this is due to economics because the cost to get into a club is triple what it used to be."

J.T: Miss blues clubs. Miss live music venues that you could count on having a great blues band every night of the weekend. A couple of bucks and you could spend all night hanging out with blues people. Bands let people sit in and used those clubs to nurture new blues artists. Now it’s all festivals or bars that have blues bands only once in a while. I think the future of blues depends on how we nurture it. Right now blues is hardly recognized by national media. You hardly ever see a blues album review or blues chart in the NYT or USA Today. Every other genre is represented but not the blues. One thing that hopeful is all of the blues societies around the country and the festivals they hold. They are a way to keep blues alive.

J.S: There are lots of great things happening today in blues, so I’m not fearful of anything. As long as blues fans keep an open mind and allow the music to evolve, all will be well.

J.T: Make more places for musicians to play, make enough money with their craft to be able to hone their skills and to be heard.

J.S: That’s a tough one. Less piracy of music would help create more revenue to writers and artists, and in turn allow them to focus on make more music—and better music. I’ll go with that.

J.T: What I find odd is that blues and soul comes out of the black tradition. But now you go to the average festival or gig and it’s mostly a white, older crowed. Not a lot of millennials, not a lot of diversity. I think this is due to economics because the cost to get into a club is triple what it used to be.

J.S: I’m not sure I’m qualified to even speculate on that but the music is a melting pot of sounds and traditions so I believe it brings people from all walks of life together in a positive way.

J.S: The song “Three Forks” talks about going back in time to the juke joint in Mississippi, 1938, where Robert Johnson played his final performance on August 13 of that year. That would be very high on the list, for sure!