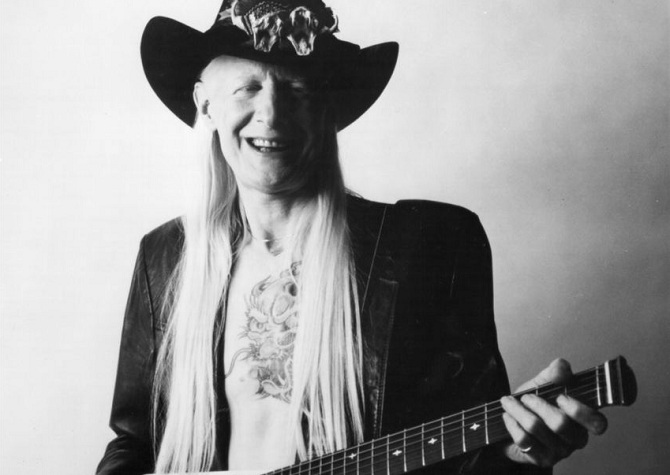 Johnny Winter has been a guitar hero without equal. Johnny has always been one of the most respected singers and guitar players in rock and the clear link between British blues-rock and American Southern rock. Throughout the ’70s and ’80s, Johnny was the unofficial torch-bearer for the blues, championing and aiding the careers of his idols like Muddy Waters and John Lee Hooker. He was/is the definitive “blues man” !

Recording with Johnny Winter was amazing, meeting him and talking about dope and life and recovery and Pat Ramsey etc…was crazy…

Just meeting Johnny and swapping stories about Pat and all the dumb shit I've done was cool. Johnny is telepathic, he sees right through your bullshit, theres no use lying with that guy, he knows, he's one of the most amazing people I have ever met!

Well, there was the night I first met Johnny at a Louisiana Red gig here in New York City, and the three of us jammed together until 4 in the morning! The time Johnny invited me to play a special homecoming show with him down in Beaumont, Texas. I got to stay with him and his wonderful parents…

I always smiled when I saw that Firebird reverse headstock coming out from behind the stage before a show. I always liked it when his brother Edgar would join Johnny. I think they are both extremely talented and together it was always a great experience.

When I was a teenager living in Houston, I saw Johnny Winter for the very 1st time at a small club called Love Street Light Circus by the Buffalo Bayou in downtown Houston… I’ve been hooked every since!

With Johnny Winter there are so many great memories that there is not enough paper to write on. One memorable moment was when I was his target for bow and arrow practice. We were at the Circle Kay Ranch in Bogalusa, La and we were up all night and target practicing with bow and arrows. Johnny’s eyesight was poor and wanted a target so I told him since you can’t see I will run around and be your target. It was about 7:00 am and he never hit me.

During the sound check I sang "little by Little" (a song by one of my idols, Junior Wells) and when we came off stage Johnny Winter said to me "You sounded great – you sounded just like Junior Wells up there…" – that was a great compliment, from a legendary musician.

Johnny loved to watch movies on the tour bus. One night, after a gig, we were all feeling pretty good and we were watching Rock Around The Clock with Alan Freed, an early rock’n’roll film. Johnny was making comments all through the film. It was hilarious.

I remember seeing Johnny Winter live many times as a teenager and then we got to do a tour with him about 2008 and he was super nice.

Playing shows with Johnny Winter was something I'll never forget. He was one of my father's favorites that I can remember listening to even before I started playing guitar. I was deeply saddened to learn of his recent passing. He will surely be missed.

Hanging out with Johnny Winter backstage an afternoon before our show was a great privilege, especially as he blessed my old Les Paul with some serious Mojo playing the real Mississippi stuff....All of the Top Blues Cats I have performed with left an impact and it’s been a blessing to play the Blues with them....

To start with warming up for Johnny Winter was a total gas! He's always been one of my favorite guitar players. At the time he had James Montgomery playing harp in his band. James is from the Detroit area and I had done a gig with James about 6 months earlier. So after the show James took me to meet Johnny I shook his hand and said "Johnny it's great to meet you, you’ve always been one of my favorite guitarists". He looked at me and said "I heard you, you're pretty good yourself". Needless to say I was honored! We ended up hanging out in the dressing room talking guitar and sharing stories for about an hour or more.

I will always be amazed from the gig at Brookhaven Amphitheater when Johnny Winter was sitting down in a chair making his guitar scream. I couldn’t believe all the energy he possessed in his fingers.

Johnny Winter was also a very shy quiet sort. I met him backstage and it was a nice chat but he's also getting frail.

I think that got a little mixed up in translation. I only met him the once, but I definitely think I got “schooled” when I did. We went onstage and felt really good about ourselves. We really served up a solid set and sat back a little overconfident. When Johnny went onstage, he had to be helped up to his seat. He’s practically blind now. I thought to myself, “Wow, how is he going to follow the set we just played? He looks so frail.” Then he plugged in and just lit the place up. He was incredible, and completely buried us. I learned that you have to always respect the older players. They may look like they have lost a little something over the years, but they will definitely kick your ass, and you won’t even know what hit you. 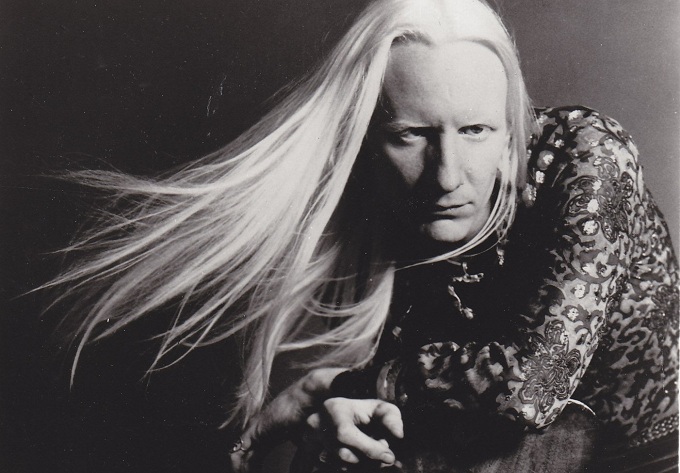