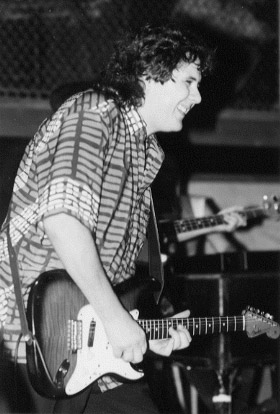 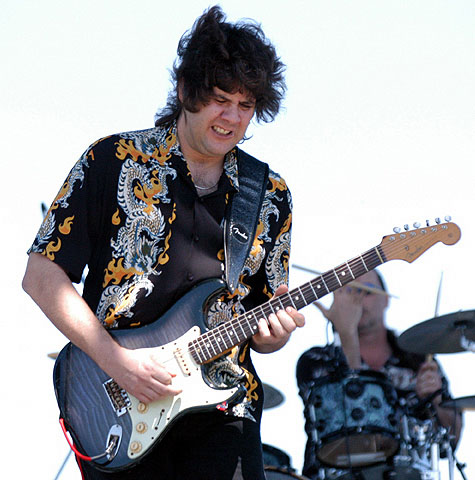 BM-Sean welcome to our site

1. BM-Tell us please who inspired you and made you express yourself through music?

As a young kid, I listened to mostly Rock N Roll. When I was around 13 years old I discovered Jimi Hendrix. Then in my mid teen years I started listening to a lot of the Texas guitar players such as Johnny Winter, Albert Collins, Stevie Ray and Freddie King among others. From there I discovered their influences such as Muddy Waters, Howlin' Wolf, Lightnin Hopkins, etc. So, I would say that the majority of my musical influence came from the blues. All styles of it...

2. BM-How would you call the style of music you play?

I think all of my influences come through in one way or another in my music. Some maybe more than others. I guess you could say my style is Blues with a twist of Rock, or Rock with a twist of Blues. Some folks just call it Blues Rock. Hopefully to most it will just be called good music...

3. BM-What Blues means to you?

Blues can mean so many different things to people. To me it is inspirational music. It's the way I express myself. This music has taken me around the world. It has allowed me to meet and perform with some of my greatest influences. It has really been good to me. I enjoy every minute of it. So i guess it means everything to me...

4. BM-You have released these records:

Is in your plans a new record?

Yes, we plan on releasing another one around this time next year.

4. BM-What is your opinion about Internet? Do you thing can help artists to have a good relationship with the audience?

It is really important now days for bands to have a strong internet presence. I think the internet is the most powerful tool to keep in touch with your audience. There are so many different ways to promote yourself and your music through the internet. One of my most valuable assets online is my mailing list. This is how I communicate with my fans and keep them up to date with what's happening in our world, Tourdates, new cd info and so on. People should be able to go to your website and have access to anything and everything about you, and/or your band right there at their fingertips...

5. BM-Your tone is amazing. A lot of people would like to know about your gear. What gear do you use?


Thank you! Here is primarily what i use live and in the studio:

usually run a little reverb and delay from the 5212

I like to run the floor effects with Duracell 9 volt batteries. The tone is a little warmer than running an AC adaptor

6. BM- Have you ever been to Greece for a concert or Holidays?

No not yet. I would love to come to Greece some day and see your beautiful country!

7. BM- How many members are in you band?

My band consists of Myself, Tim Blair on Bass guitar, and Paul Broderick on drums. We have been a three piece for the last several years. However, on "Ten Til Midnight" our newest cd, I have a few other musicians playing some different instruments.

8. BM-What do you want to say to the new starting blues bands?

Have fun. Always try to get better at your craft. Pay attention to people at your shows and let them know how much you appreciate them! Be ready to work hard and pay your dues, and it will pay off if you stay with it. I consider this a lifetime committment. It doesn't happen over night...

9. Do you think that blues (as the great J.Hendrix) said is easy to play but hard to feel?


I like that saying a lot. I don't think it is always easy for everyone to play. But i do think it is ALL about the way you feel. As long as you are expressing yourself in your music then you are doing it right in my opinion. You may not feel like you have the blues every day, but blues music is a great outlet in which to express yourself. Some of us have the blues more than others. Some people play happy blues, some play a sadder version of the blues. It's all about feeling at the end of the day....Either way, play the blues and it will make you feel better. And, if you can start making other people feel better through your music too, then you're really on the right track...

We want to thank you for your time, and we hope to see you soon in Greece for a great concert.