"I know the blues will always be around. There’s no way it won’t. This is where all music is derived."

Shari Puorto: The Scent of Blues

Shari Puorto residing in Los Angeles and has been compared to such artists as, Melissa Ethridge, Etta James, Bonnie Rait, and the soul of Janis Joplin. You would think Shari’s been doing this forever. She has the sensibility of an old soul reborn and is undeniably passionate. She possesses a deeply expressive and soulful voice. One that catches you off guard! She is a powerful and dynamic live performer who quickly and quite naturally connects with her audience. Her infectious enthusiasm overcomes you, you have no choice but to get pulled in. Her intensity and warm nature shines through her singing and performances. 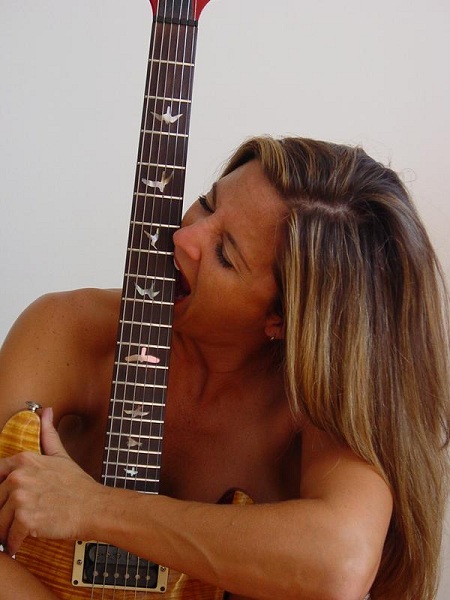 Shari’s 2011 work "Real" (in addition to performing with her band, The Shari Puorto Band), is co-writing, performing and currently in the studio with legendary Barry Goldberg. Additional wok by this duo is heard on Shari's second release, "Down the Road" (2008). At a very young age Shari was consumed by the power and expression of rhythm and blues and southern rock. Early memories are of Bill Haley & The Comets to the Doors to Led Zeppelin. Her influences range from Etta James, Aretha Franklin, Susan Tedeschi, Black Crowes, Pat Benatar, Doobie Brothers, Lynyrd Skynyrd, Koko Taylor and Eva Cassidy. Among many past credits, Shari has been the supporting show and has graced the stage with such bands as, Dickey Betts, Robin Trower, Coco Montoya, Larry Carlton, Robben Ford, Dave Mason, Walter Trout, Ike Turner, Leon Russell, Eric Sardinas, Fabulous T-birds, the list keeps growing. In 2015 Shari released her fourth album MY OBSESSIONS.

At a young age, I loved to sing along with my favorite artists and bands. I also performed a little in plays when I was young. As an adult, in Venice Beach I would listen to live music and became addicted to how it made me feel. It was a rush, from my ears to my toes!

From whom have you have learned the most secrets about the music? What does the BLUES mean to you and what does music offered you?

More than one person, but at the top of my head, Etta James. Just by listening to her. What all music offers me is an avenue to express myself. It allows me to reach people through lyric and emotion in a way I’d never be able to just by talking.

What do you learn about yourself from the Rock n’ Blues music and culture? How do you describe your songbook?

That you can dig deeper on each and every new song written. Getting your true story out and in a song is so powerful! My songbook is a Storybook of my life. Even the songs I cover I have a connection with. "My belief about music is…nothing else can reach you like music can. It can take you back to a moment in time and remind you of (hopefully) a wonderful moment in the past. I think music is cathartic."

What has made you laugh from “MY Obsession” sessions and what touched (emotionally) you from your new album?

What made me laugh; Recording “What’s the Matter with the World” and seeing Tony Braunagel dancing thru the vocal booth. You can hear my laughing on the track (at the beginning). We kept it because it was such a fun moment and we laughed so hard! What touched me the most from ‘MY Obsession”: singing my song, “Old Silo Road”. This song is about my childhood and growing up on a street that holds many wonderful memories. Singing this song is emotional for me.

How do you describe your music philosophy and what characterize Shari’s sound and progress?

My belief about music is…nothing else can reach you like music can. It can take you back to a moment in time and remind you of (hopefully) a wonderful moment in the past. I think music is cathartic. My sound is always evolving while sticking to the blues roots. I love singing the blues, I love singing Americana, I love singing Rock, it’s all about how I’m feeling at that time.

One of the most memorable moments is when the entire band is jamming together, like we’re riding the same wave during a live performance. It’s like we didn’t have to look at each other, we just knew. We felt it, the audience felt it…it was amazing. This has happened quite a few times…The worst? When someone doesn’t see that we put our hearts and souls on the stage and in the music, that’s hard for me to handle.

Are there any memories from Barry Goldberg, Dickey Betts, and Robben Ford which you’d like to share with us? 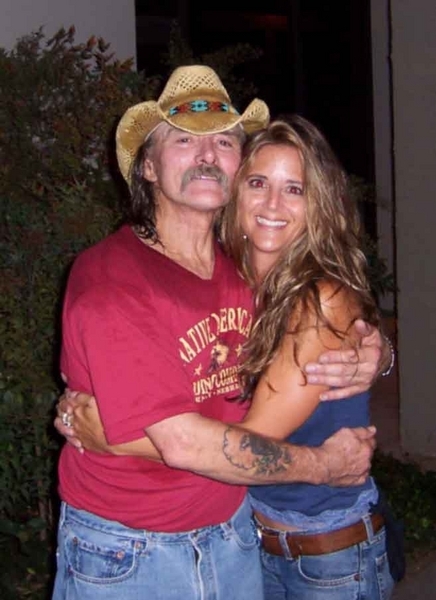 Many memories and still making them with Barry Goldberg. We get together almost every week to write songs. We have so much fun writing and performing together. It will continue for sometime to come!

Singing a song with Dickey Betts onstage was a highlight, I’ll never forget it! Just watching Robben Ford perform is a highlight in itself. Talking to him a few times before a performance was a high as well (and him remembering me!)

That’s a tough one to answer in a short few sentences! When Michael, Coco & Walter would get in “their moment” you can see how the music touches their souls. It’s so awesome to see…it makes me smile. When Ike Turner directed his band without saying a word, that made me smile- he was magical onstage. Rod knows how to work a crowd. That makes me smile!

What experiences in your life make you a GOOD musician? What is the best advice a bluesman ever gave you?

Being able to tap into an emotion or situation that has happened in my life, being able to write about it and express it in a song.

I miss how some artists souls aren’t intune with the song/music. They may be great singers, or performers, but the song it’s connecting with the artist, and/or the song isn’t being performed like bands in the past used to perform songs. Back in the day, artists and bands were deeply touched in their music and by their music. They were a part of the music. The first band that comes to mind is Zeppelin. And I don’t necessarily mean through the lyrics. But by the way they sang and performed on stage. You could feel the music thru them. But overall, that’s lost in most of today’s music. Makes me very sad. 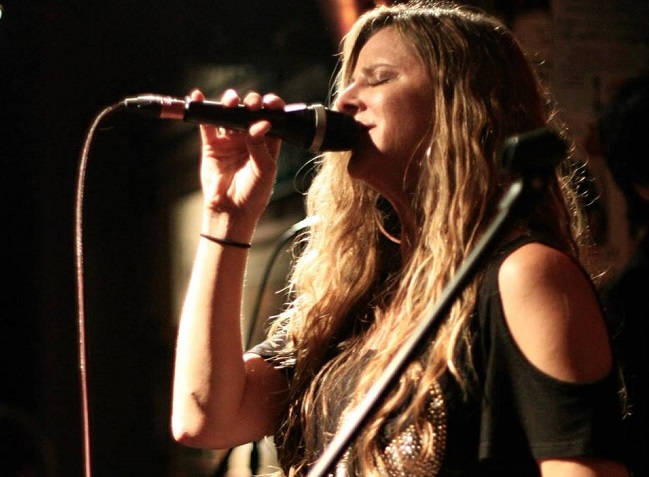 "I think all music is connected by the emotion one feels and the deep emotion that songs can express…we are all connected by emotion and storytelling."

I know the blues will always be around. There’s no way it won’t. This is where all music is derived. My only wish is that Blues, or Blues/Rock was more universally listened to. We need to go back to the schools and start with the very young kids to show them where the music needs to come from…them. And how it’s supposed to be delivered.

What are the lines that connect the legacy of Blues with Soul and Rock n’ Roll and continue to Country and Folk?

I think all music is connected by the emotion one feels and the deep emotion that songs can express…we are all connected by emotion and storytelling.

What do you learn about yourself from the music and how has the music changed your life?

Music is such a big part of me now, I can’t imagine ever being without it.

Are there any memories from Johnny Winter, Dave Mason, and Robin Trower which you’d like to share with us?

Memories from Johnny Winter, etc….Just having the opportunity to meet them, perform on the same stage with them on the same bill, was such a blessing. Being able to watch them perform in close range was such a treat too! My most memorable was when Dickie Betts had me join him on stage and sing a song with him. That was fun! "Happiness is touring and live performances. Meeting people across the world who GET our music and who get turned on by it. When they tell me how a particular song moved them to tears or moved them to a moment of time in their past…well, that’s just about the best compliment I can get."

Keep at it and stay focused and be the best you can be. Always watch who your favorite artists are and ask yourself ‘how can I be better”, ‘what can I bring to the table”?

Are there any differences between: bluesman & blueswoman? How do you get inspiration for your songs?

Happiness is touring and live performances. Meeting people across the world who GET our music and who get turned on by it. When they tell me how a particular song moved them to tears or moved them to a moment of time in their past...well, that’s just about the best compliment I can get.

I always thinking, are they having fun? Are they grooving to the music? Then I blast out my best and take the ride….

My contact? I try to reach them thru the feeling of the song and lyrics. 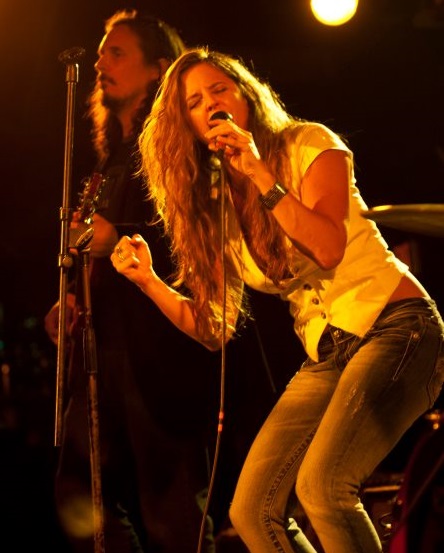 "What all music offers me is an avenue to express myself. It allows me to reach people through lyric and emotion in a way I’d never be able to just by talking."

I think all good music impacts everyone in a deep emotional way.

I would love to ask Etta if the church had a big part of her soul. Was it her belief in religion? How are you able to sing with such strength and softness all at once? What did she think about when she was singing/performing?

If I were with Janis, I would want to know where did she reach from when she was singing/performing? Did she think of her hardships? Is that what I felt when I would watch a video of her performing? She got to the depths of her soul. That’s the key.