“It is the music that is directly from the heart and soul and the feeling is like nothing else I have ever experienced.”
Barry Goldberg: Born and Raised to Play the Blues
Barry Goldberg  is a legendary blues and rock keyboardist, songwriter and record producer. As a teenager in Chicago, Goldberg sat in with Muddy Waters, Otis Rush, and Howlin' Wolf. He played keyboards in the band supporting Bob Dylan during his 1965 'electrified' appearance at the Newport Folk Festival. He formed The Electric Flag with Mike Bloomfield in 1967, and later formed the Barry Goldberg Reunion in 1968. Goldberg's songs (some of which co-written with Gerry Goffin) have been recorded by many musicians including Gladys Knight, Percy Sledge, Joe Cocker, Steve Miller, Bobby "Blue" Bland, Gram Parsons and B. J. Thomas. 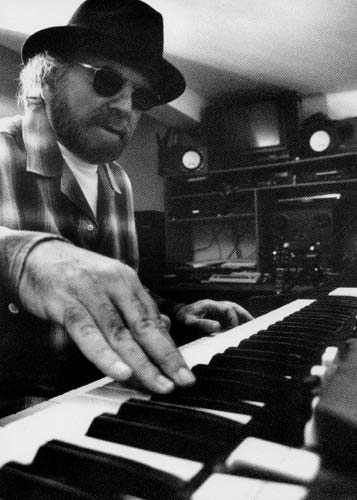 Goldberg's first professional recording session was "Devil with the Blue Dress On" / "Good Golly Miss Molly" by Mitch Ryder & the Detroit Wheels. Among the albums he contributed to are Leonard Cohen's Death of a Ladies' Man, The Ramones' End of the Century, Gram Parson's The Gilded Palace of Sin, and Super Session which featured Michael Bloomfield, Stephen Stills, and Al Kooper. Goldberg also has produced albums by Percy Sledge including Blue Night (Grammy nominated and WC Handy soul album of the year) as well as Shining Through the Rain, Charlie Musselwhite, James Cotton, The Textones plus Bob Dylan's version of Curtis Mayfield's "People Get Ready". In 1992, he played keyboards with the Carla Olson & Mick Taylor band, which resulted in the live CD "Too Hot for Snakes". In 1999, he wrote and performed the theme to the Disney Channel original movie Smart House, entitled "The House is Jumpin". He wrote the song with Jill Wisoff and Joel Diamond. In 2004, shining Through The Rain by Percy also co-produced by Barry. In 2002, he was featured on the Bo Diddley tribute album Hey Bo Diddley - A Tribute! He toured with the Chicago Blues Reunion featuring Nick Gravenites, Harvey Mandel, and Corky Siegel. On July 2009 Goldberg's self-titled 1974 album was reissued with never before released tracks and a restored sound. The album was produced by Bob Dylan and Jerry Wexler! Barry is currently producing a documentary, "White, Black & Blues," detailing the rock-blues explosion of the 1960s. The film is set to be released in the spring of 2012. From his early days playing in Chicago blues houses, Barry has stayed true to his blues roots. “Born and raised in Chicago, born and raised to play the blues”: A slogan songwriter, producer, composer Barry Goldberg carries with him to this day. 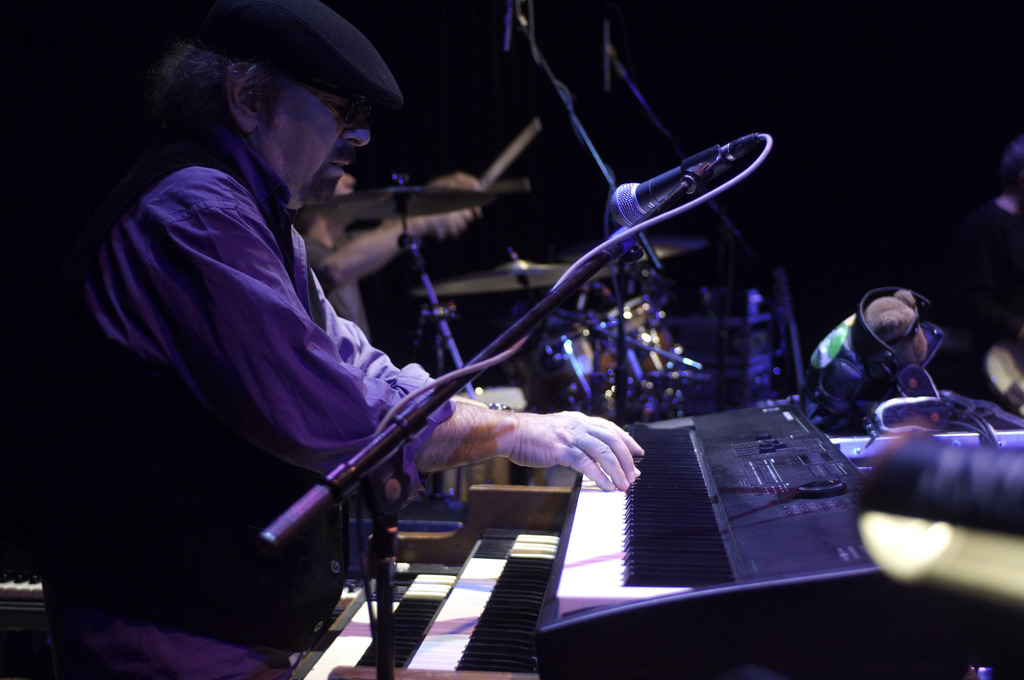 "The great artists that came from the South who brought their Delta roots to an urban environment creating an electric sound."

Sitting in with Jerry Lee, playing with Dylan at Newport, playing with Chuck Berry and on the Ramones Spector session and Montery Pop with Electric Flag and playing "hey Joe" with Hendrix at the Cafe au GO GO
Worst: Ten people showing up to an early concert of mine in a room that held 5000.

All Blues is Local but it was a very magical time backs them so many great masters to play with and learn from.

The great artists that came from the South who brought their Delta roots to an urban environment creating an electric sound. 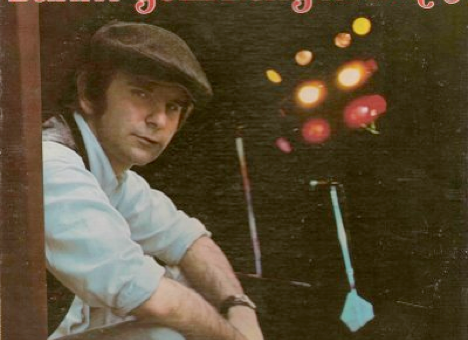 Did you help many artist in the meantime did you found any gratitude from them?
Yes, after learning from Muddy, Wolf, Otis Rush, James Cotton, Otis Spann et. all, we left Chicago for the rock arena and spread the word to promoters like Bill Graham to book these great artists which brought them more visibility and expanded their audience.  And they really appreciated it.

What does the BLUES mean to you & why do you play the blues?
It is the music that is directly from the heart and soul and the feeling is like nothing else I have ever experienced.

What do you learn about yourself from music?
That no matter what kind of music I play I always come back to the simplest and truest form of music... the blues which keeps you humble.

Which is the most interesting period in your life and why?
My whole world turned around when I met my wife Gail forty years ago. She gave me vision, taught me kindness and fulfilled my empty soul.

How start the story of “Blues Gang”, with Gravenites, Bloomfield & Goldberg?

Michael and I were buddies from High School and we used to sit in with Muddy, Wolf and others, that was our initiation to the blues. Concurrently Nick, the Greek was playing with Butterfield with whom I sat in with as well and Michael eventually joined. Nick was the leader of the white boy blues gang. You really had to play and gain his respect.

Tell me about the Goldberg/Miller Band. When did you get together?

I was walking down the street in Chicago when I heard this amazing guitar playing  coming out of a storefront, I ran in and it was Steve Miller. Butterfield was ending his stint at the cool club Big Johns and they needed a new band I asked Steve if he wanted to join forces and audition for the gig. We did and got the gig which lasted a year. We had the magic together.

I wonder if you could tell me a few things about the story of Newport Folk Festival.

I left with the Butterfield band for Newport to play with them. When we got there Butterfields producer said he did not hear keyboards with the band. Michael who had recorded with Dylan (who was headlining) earlier suggested to Bob that I would be great to play with keyboards along with Al Kooper. Bob agreed, I was blown away the rest is history. Folk Rock was born.

Do you remember the recording hours for Barry Goldberg Reunion?

No not too much, but we had some cool musical moments !!

Do you have any interesting stories from studio?

After the reunion I did TWO JEWS BLUES with Michael and Duane Allman who was at Muscle Shoals Sound Studios, where we recorded some of the album, sat in on slide. He was a great guy.

"Concurrently Nick (Gravenites), the Greek was playing with Butterfield with whom I sat in with as well and Michael eventually joined. Nick was the leader of the white boy blues gang. You really had to play and gain his respect."

Tell me about the beginning of the Electric Flag. How did you get together and where did it start & how did you choose the name?

I was playing with Mitch Ryder (recording Devil With a Blue Dress, when Michael came to visit, he had a concept to start a new band. I would encompass all types of American music. He knew I was into Stax and Motown and the spector sound and he had the  blues covered. Next Nick joined along the great NY session player Harvey Brooks. We needed a drummer so I took Michael to a rock and roll show where Wilson Pickett was performing.

The theater was rocking from the beat of the drummer whose name was Buddy Miles at that moment we knew we had a band and a drummer! We all went to San Francisco and a friend of Nick's Ron Polte had an American flag that plugged in and waved and suggested we call the band the Electric Flag. We debuted at the Monterey Pop Festival.

Do you have any amusing tales to tell of Monterey Pop Festival?
I got to hang out with Brian Jones and see Otis Redding live and blow people away. How would you characterize Mike Bloomfield?

Do you have any interesting stories from studio?
Not really hard work and plenty of stress to come through

Let’s go back even further. What do you like about your very first sessions with Mitch Ryder & The Detroit Wheel?

Bob Crewe gave me free reign to play my licks!

What business? There used to be heads of record labels who knew music and loved it now for the most part it’s all the bottom line. 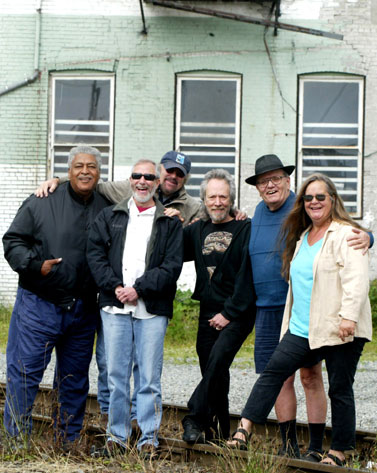 Newport, Monterey, gigging with Chuck Berry, Muddy Waters, Howlin Wolf at Silvios on the south side of Chicago and the new band the Chicago Blues Reunion at last year’s Chicago Blues festival.

Why did he think that Chicago Blues Reunion, continued to generate such a devoted following?

Because of the history we represent and the admiration we have for each other is palpable every time we play.

In which album can someone hear the best of your work like producer?

Do you have any funny stories from” Super Session” and how is your relationship with Al Kooper?

Not really Michael brought me in to play electric piano on Stop and Albert's shuffle. My relationship with Kooper is cordial.

Tell me about your meeting with Hendrix in Café Au Go-Go. Do you have any interesting stories?

He called me Piano Man! And when we played HEY JOE it was a religious experience