"Most popular music now days owes a lot to the blues. You can hear it in almost everything if you know what to listen for. And of course, blues owes everything to African music from which it was derived. Blues is the thread that sews all that music together."

Alan Moe Monsarrat was born in the midst of mysterious and unbelievably bizarre circumstances in August of 1951. There were many babies such as Moe in Phenix City, Alabama, the town known at the time as The Wickedest City in America, babies were bought or stolen on a regular basis, then sold. Moe was raised as their own by his parents of record, George and Wilma Monsarrat. George was a distinguished military man and Wilma was a prominent local resident. Moe grew up on military posts across the United States and in Japan. He started down the path of public performance at a very early age, singing in the church choir. Having barely reached his teens, he was recruited by older members of a local band who heard him singing in the showers during gym class.                                 Photo by Natalya Madolora 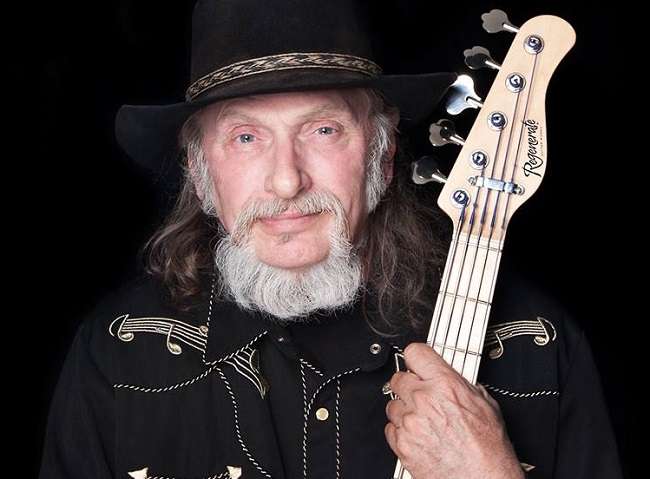 Moe played his first professional gig in 1964, singing Western pop to an enthralled pack of locals and expatriates at a Tokyo nightclub. Landing in San Antonio for his high school years, Moe joined the Texas music scene, singing and playing in a myriad of bands. He has been at it ever since then, pretty much nonstop, writing, singing, and playing five-string bass. He was a founding member of The Lotions, the first reggae band in Texas. As well as performing in Stop the Truck, Moe also fronts The Mau-Mau Chaplains, Austin's premier reggae outfit. Moe lives on Lake Travis in Austin.

My musical efforts with The Mau Mau Chaplains center on roots reggae music. With Stop The Truck it's original country music. I also make records with a studio outfit called The Frijole Ghosts, who play a variety of genres encompassing Latin, hard rock, blues and reggae. My philosophy is that music is a healing force in this world. It heals both the listener and the artist simultaneously. Like those in the medical profession, we make people feel better!

I started playing professionally at age 13 in Tokyo, Japan in 1964. We played mostly R&B and blues music. The 1960s was a time of cultural change that affected all popular music. The era of the big bands was over and rock and roll was king. The idea of 4 or more guys with electric instruments and drums making blues oriented music became fashionable. When I moved back to the US in 1966 I joined a band in San Antonio, Texas. We played songs on the radio and worked regularly all through high school. In 1969 I moved to San Francisco and then Hawaii playing all the while.

While there are too many memories to list here, I will give you one. I had a girlfriend who worked as a bartender at Soap Creek Saloon in Austin back in the 1970s. John Lee Hooker was a regular performer who came in every few months. He didn't like hotels and so he stayed at our house. I got up every morning and had breakfast with John Lee. I asked him what his favorite thing to do was when he wasn't playing. He told me he loved to go out and sit in his car in the driveway and listen to The Oakland A's baseball game on the radio! "Roots music to me is the original style of the music before it mutated into what it has become in the modern world. Music is always changing. It's what the phrase 'old school' is about."

What do I miss? I miss many of my friends and other artists who have passed on. Many at a young age. Bob Marley (whom I never met) and Peter Tosh (whom I knew and toured with), Dennis Brown, Lloyd Knibb and so many others. I miss their huge talent.

I would change the way radio selects which songs to play and who selects them. I would change that whole system because it is crooked. Bribery is part and parcel of it and the artists lose.

What are the lines that connect the Blues with Country, Americana and continue to Reggae and Rock music?

Most popular music now days owes a lot to the blues. You can hear it in almost everything if you know what to listen for. And of course, blues owes everything to African music from which it was derived. Blues is the thread that sews all that music together.

What has made you laugh and what touched (emotionally) you from your experience in Japanese music scene?                  Photo by Natalya Madolora 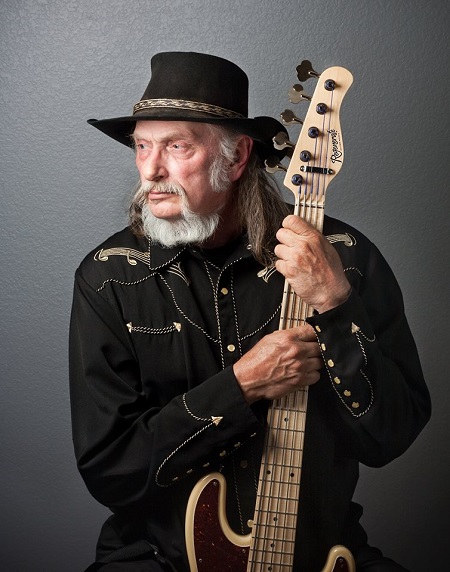 Japanese traditional music is something I cannot grasp. However, Japanese pop music is very much like western pop except for the language. Once my parents took me to a supper club in Tokyo which had a big band playing Glen Miller & Duke Ellington tunes and other stuff like that. The band leader got on the mic to announce the next song which was “Take The A Train”. He said “We will now play “Take A Train”. Pretty funny to me at the time.

What is the impact of music (and special of Reggae) to the racial and socio-cultural implications?

The impact of music on society is huge. Reggae music has changed the world. Anywhere you go you hear Bob Marley songs just like you hear Beatles songs. It made everyone understand the problems that exist like racism, poverty and equal human rights. Very powerful stuff and very politically oriented. It has changed many hearts and healed many old wounds in the community. There is much left to be done but it's a start.

What do you learned about yourself from the Rock & Roll culture and what does Roots music mean to you?

Roots music to me is the original style of the music before it mutated into what it has become in the modern world. Music is always changing. It's what the phrase “old school” is about.

If I could turn back the clock and be somewhere I'd like to be at The Wailer's first rehearsal.