"Older Blues musicians helped me and I want to do that for younger ones I meet."

Bob Margolin was born and raised in Brookline. He started playing guitar in 1964, and his first appearance on record was with Boston psychedelic band Freeborne, and their 1967 album Peak Impressions. Margolin was a backing musician for Muddy Waters from 1973 to 1980, performing with Waters and The Band in The Last Waltz. As a solo recording artist, he has recorded albums for Alligator Records, Blind Pig, Telarc and his own Steady Rollin' record label. In 1979 he made a guest appearance, along with Pinetop Perkins, on The Nighthawks album, Jacks & Kings.

In 1994, he appeared with Jerry Portnoy as guest musicians on the album, Ice Cream Man by John Brim. It received a W. C. Handy Award nomination as the best 'Traditional Blues Album of the Year'. Margolin is a columnist for the Blues Revue magazine.
This is a very short bio about the man who offers his whole life to the blues. Let’s talk about the blues with Steady Rollin' Bob Margolin.

When was your first desire to become involved in the blues?
I heard Rock ‘n’ Roll and Pop music on the radio and Chuck Berry made me want to play guitar. I followed the path of Chuck Berry’s inspiration to Blues music in the mid-1960s. I was in a band trying to play Blues in 1966.

Which of the people you have worked with do you consider the best like a friend?
Most of them really — from the old Blues legends to the young players I meet today who love Blues too. 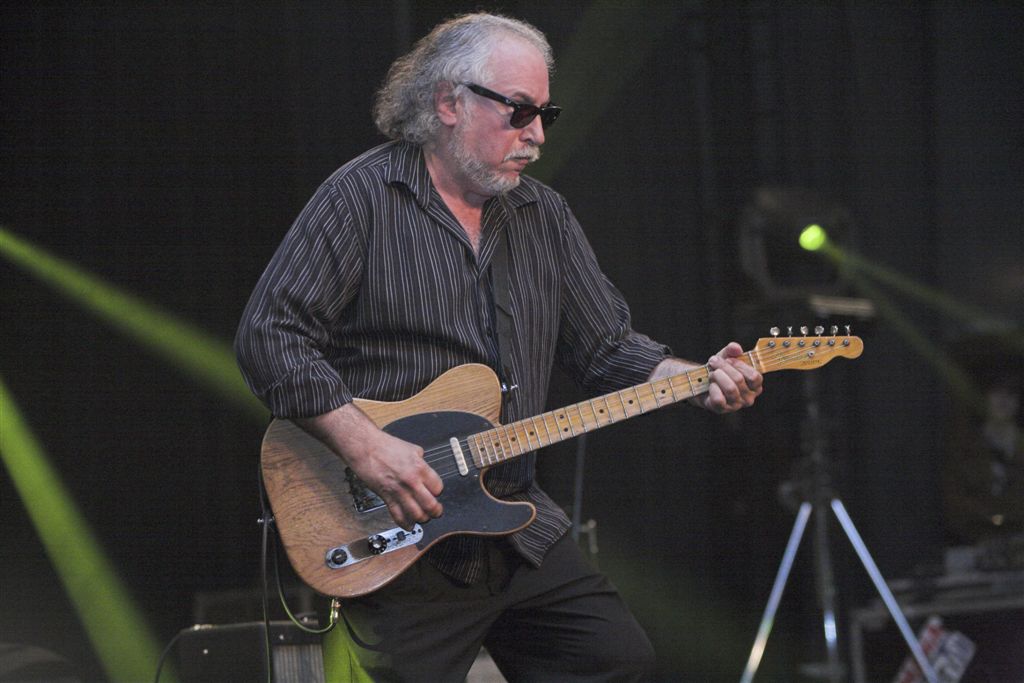 Which was the best moment of your career and which was the worst?
Any time I am playing music and people are enjoying themselves is the best moment. It is when nothing hurts and nothing else matters. The worst for me is to be embarrassed on a bandstand because of some problem. I try to make sure that it is not me that causes the problem.

Is there any similarity between the blues today and the blues of 70s?
For traditional players, both are similar to even older Blues. Some folks prefer certain styles. I enjoy all the styles if they are played well.

What does Blues offered you?
It is soulful music and I enjoy sharing it as a fan and a player. 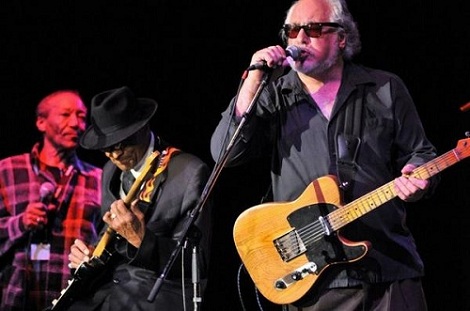 What do you think were the reasons for the blues boom at the end of the sixties?

People my age (born in 1949) were discovering and enjoying all kinds of music beyond what was played on commercial radio. Promoters like Bill Graham were putting Blues bands on shows with Rock and Jazz bands. I think that was good for music lovers and it doesn’t happen much anymore.

Did you help many artist in the meantime did you found any gratitude from them?
Older Blues musicians helped me and I want to do that for younger ones I meet. These younger ones become my friends and most express appreciation for help I give them. I thank them for their inspiration too! Sometimes younger ones help me: Derek Trucks arranged for me to sit in with The Allman Brothers in 2009.

Do you feel like a walker or a talker?
I feel like I am making music with honesty and passion. You can judge for yourself.

How was your relationship with Muddy Waters?
Muddy was a boss, employer, great musician, and a friend. He treated me well and I loved him for who he was and all he did. 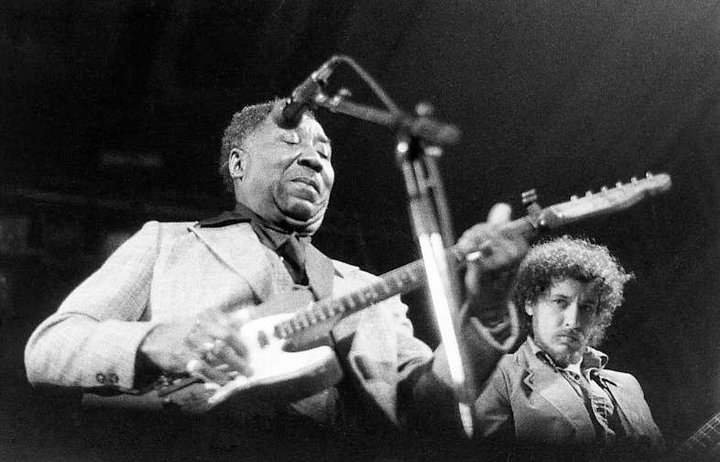 Tell me about the beginning of the Muddy’s band. How did you get together and where did it start?
All of that is explained on my website. I don’t have any better words for it: http://bobmargolin.com/muddylike.html You can quote from the website for this question.

What's been their experience of Last Waltz?
That is on my website too because I get asked so often. I don’t have any other words to say it. You certainly may quote: http://bobmargolin.com/last_waltz.html

Do you feel more like a singer, a guitarist or producer?
They are different things I do, often at the same time. I wonder if you could tell me a few things about the story of Freeborne
There were a few bands with that name between 1966-1971. One, in late 1966, was a Blues band. The most famous version is the one that recorded an album called Peak Impressions, released in 1968. It featured Nick Carstoiu, Dave Codd, Mike Spiros (Spilios Spiros — Greek-American, very talented on all instruments, still playing in Massachusetts), me, and the late Lew Lipson. It featured songs of great originality and and was very free about musical styles. I hear that collectors of ‘60s psychedelic music value the album.

What do you learn about yourself from music?
I am proud of my profession. I also find that I love the music but hate the business part, even when I am doing business with good people. I have to do the business work or I will not be able to play the music. As Pinetop Perkins said, “It’s a tough titty, but you sure have to suck it.”

Which of historical personalities would you like to meet?
Robert Johnson, Elvis, Elmore James, Little Walter. Which is the most interesting period in your life and why?
I am working harder, playing more, and accomplishing more than I ever did right now. I have to try to do everything I can to continue to play shows and make recordings. I want to accomplish that, and I also need to earn money to live. I also know that I have to do my best every time, both for myself and my audience. I think I can do everything I do better than I ever could now. That is the benefit of my experience and my hard work. I am 62 years old but I am healthy and I feel like I am both wilder and deeper on the bandstand than I ever was.

What was the first gig you ever went to?
I saw a live young rock band play at my high school when I was 14. I loved it.

What experiences in your life make you a GOOD musician?
All the good and bad experiences I have on a bandstand and in the rest of my life make me who I am. As a musician, I prefer to listen and collaborate, not compete, with those I work with. I like that approach better than deciding what I want to do and trying to do it, without regard for those I work with. How was your recording time with Muddy, Cotton, "Big Eyes" & Winter?

It was very exciting to record and do my best to help these fine musicians that I admired very much. To share their music and friendship was a thrill.

You have traveling all around the world. What are your conclusions?
Blues is everywhere now. It is one of the few things in the world that brings people from all countries together — and all ages, races, and rich & poor. There are fans who love it everywhere but now there are great players everywhere too. Most of the time, in the United States or all over the world, I fly alone and meet a band of musicians for the first time. We play good Blues together because they are experienced players and we speak the language of Blues together.

Give one wish for the music
Blues is alive and there are fine players today who are original, creative and passionate. I wish it was easier for them to make a living playing the Blues they love.

Do you know anything about Greek blues (rembetiko music)?

No, I know nothing at all about it. I have a new friend from 2 years ago, Papa George who is Greek and lives in London. He is a fine Blues musician and I’m sure he carries the heritage of Greek music inside him. 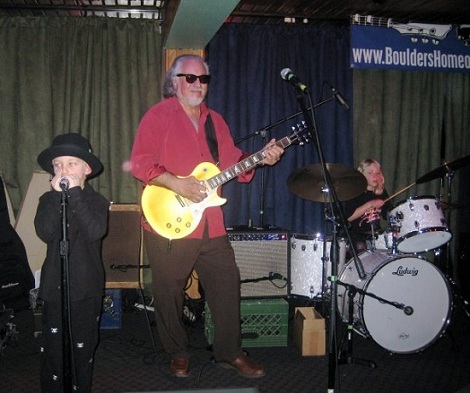 Do you think the younger generations are interested in the blues?
Some young people love it as much as anyone ever did and live to play it. I find people of all ages become passionate about Blues.

Media or talent plays the most important role for an artist to get discovered?
Talent, I think. If someone is so talented that they are exciting, the media will come someday. But it has to be a great talent!

What is the “think” you mist most of the 60s?
The 60s were a very exciting time to be a musician. People’s minds and hearts were free and creativity and originality were valued along with commercial attraction. Today, not so much.

What do you think is the characteristic of you personality that made you bluesman?
I loved music and Blues was the kind that touched me the most. I was open, and I was taken. 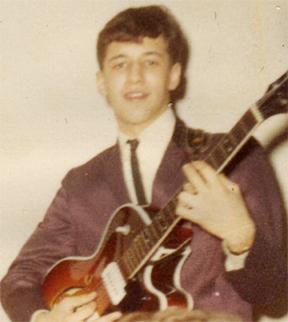 How did you begin playing music and when did you know you would do this for a living?
I was in bands when I was in high school in 1965-66. I liked playing guitar and making music. When I was out of college in 1970 I quickly had only jobs playing Blues in Boston. I was a professional Bluesman since the end of 1971 ($80/week playing 6 days a week, 6 sets a night, and 3 on Sunday afternoons).

How has the music business changed over the years since you first started in music?
Much more about money, and now when you ask anyone in the music business “How are you?” they answer: crazybusy!!! even if they’re not making any money. 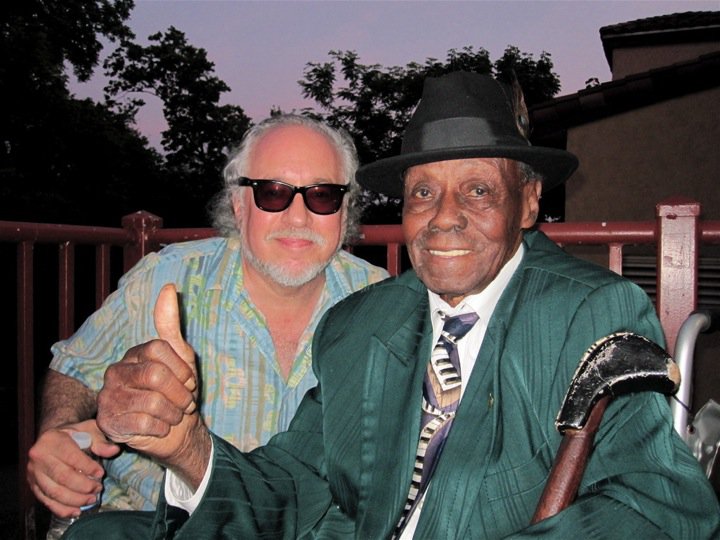