"It (Rock n' Roll) is no longer a culture. It is a business. There is real rock out there but mainstream audiences don’t get to hear it."

Leigh Stephens: The Melody of Falcons

Rock guitarist Leigh Stephens was a founding member of the power trio Blue Cheer, a hard rock band based in San Francisco, along with Dickie Peterson and Paul Whaley. He was ranked number 98 on Rolling Stone magazine's list of the 100 greatest guitarists of all time. He has claimed to have been the only member of the band who did not use drugs. The group was signed to Philips Records and released its debut album, Vincebus Eruptum, in 1968. Less successful was the follow-up, Outsideinside, released in 1968, which reached the Top 100. In late 1968, Stephens, was asked to leave the group after criticizing the behavior of his bandmates. 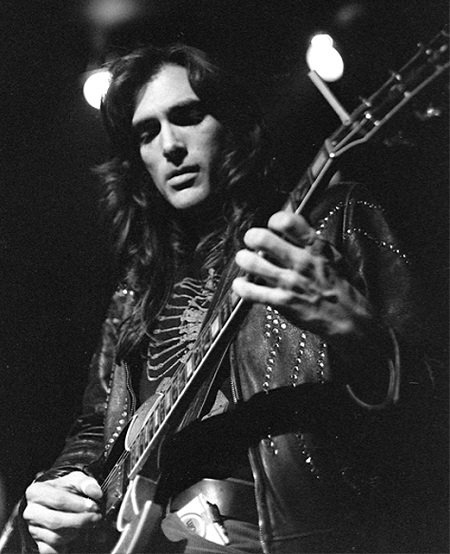 He signed a solo deal with Philips and moved to Great Britain, where he recorded his debut solo album, Red Weather (1969). Returning to San Francisco, he formed a new band, Silver Metre. The band signed to National General Records and released one self-titled album. Silver Metre broke up in 1970, and Stephens recorded a second solo album, Cast of Thousands (1971). He then formed a new band, Pilot. They signed to RCA Victor Records and released a self-titled debut album in 1972, after which Stephens left the group. His next band was called Foxtrot. They signed to Motown Records and recorded an album in 1974, but it was never released. More abortive projects followed during the '70s and into the ‘80s, but Stephens did not have another legitimate record release until 1998, when he was a member of a band called “Chronic with a K" that released Ride the Thunder on ChroniCorp Records. In 2004, Stephens self-released his third solo album, High Strung/Low Key.

In his other life as a special effects technician and artist, Leigh fabricated and painted a variety of creatures, animals, automobiles and insects for the motion picture industry. Films include: Dances With Wolves, Honey I Shrunk the Kids, The Abyss, License to Kill, Gross Anatomy and Tremors to name a few. Leigh is also an accomplished artist and is currently working on a series of fine art paintings. Leigh has released a new CD "A Rocket Down Falcon Street".

How do you describe Leigh Stephens sound and progress, what characterize your music philosophy?

My sound has taken years to develop. My goal was to develop a sound that when heard along other guitarists, you would know it was me. Today my philosophy is melody. If it’s just an empty riff then forget it. If it’s a riff that has melody then you have said something.

This time is my most interesting. I am really enjoying everything. Finishing this new CD “A Rocket Down Falcon Street” has been the best moment in my career. As for the worst, I can’t look back only forward.

Why did you think that the Blues and Rock n Roll culture continues to generate such a devoted following? 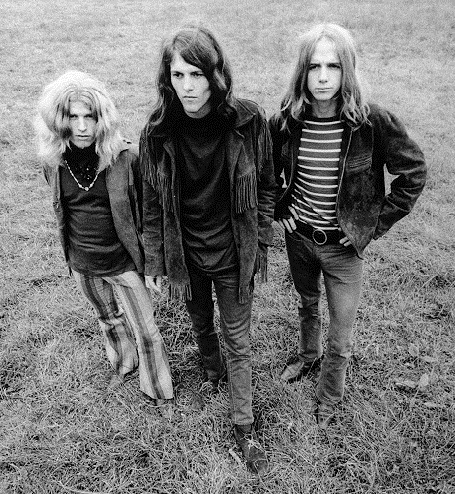 I think it is because every new generation is discovering both for the first time and realizing that it’s good stuff.

What's been you experience from the Monterey Pop Festival and the famous Bill Graham’s Fillmore?

I was very lucky to have been there and of course Hendrix was jaw dropping. The Fillmore was the place everyone wanted to play.

Do you remember anything funny from Gut Turk and Ken Kesey & the Merry Pranksters’ magic bus?

I have several stories posted on my music website some of which include Gut, Kesey and the Pranksters.

One day Blue Cheer decided to move out to Marin. We rented a house in Novato. At that time Novato was semi-rural. We had a long gravel driveway and were fairly isolated. We could rehearse there and not bother anyone. This was the same house that Janis J. and our drummer put the scorpion on my sink next to my toothbrush. Well one day after we had been there for several months, the bus you see below, came to rest in front of our house. The Merry Pranksters and come to visit...for a month or so. Mind you, we were used to Kesey and Cassidy coming over to the house in the city all the time but not the whole gang for weeks. It was like a Fellini movie on steroids. I moved back to the city.

Recent events have reminded me of another story. Blue Cheer rehearsed at a Head Shop in the Mission District run by Gut Turk, who, in addition to being our manager was also an ex-Hell's Angel. Two frequent visitors to our rehearsals were, Ken Kesey and a Hell's Angel named Chocolate George. Kesey would play his flute and George would drink copious amounts of chocolate milk while either prankster Page or Cassidy would regail us with stories during our breaks. Well one day Chocolate George passed away and there was a wake in Golden Gate Park. Everyone went. In those days and possibly even today the Hell's Angel greeting for each other was not a secret handshake it was a sloppy, full-on tongue, french kiss. After receiving several of these at the wake, Gut turned to us and said "That's why I quit the Angels". True story. 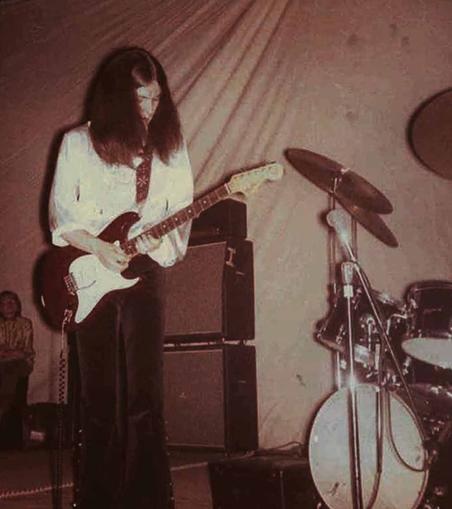 We used to get together twice a year in a barn in Northern California. We had some great jams there with a lot of local musicians. One of the most memorable gigs was the Chet Helms Memorial concert in Golden Gate Park with myself, Dickie Peterson and Prairie Prince on drums. We only did three songs but that day was how they should have sounded.

I can’t really say. Back in day I met almost everyone at one time or another. I can’t pick out any one person that was more important than the rest. The best advice I ever got. “Do not embark on any creative project, whether it be music or art, with the sole intention of making money”. I forget who said that but it’s very true.

Are there any memories from Blue Cheer and Silver Metre which you’d like to share with us?

Again there are Blue Cheer stories and Silver Metre stories on my site under Stories and Stuff.

I tend to be a very punctual person. As a matter of fact I usually end up getting places early. One of these places was the Fillmore East in May of 1968. We were to play with Country Joe and The Fish. Dickie was in the bands dressing room. I was standing off stage with Linda Eastman watching the opening act. Paul, our drummer was nowhere to be seen. One of Bill Graham's rules was to be there well before your set was to begin. All of sudden a booming voice rings out. "Leigh, where's Paul?". We both turned around and it was Bill Graham and he was livid. He started yelling at me saying that if it were not for him we would be nobody. He said "I made you guys and this is how you repay me?' We stood there dumbfounded until Linda, bless her soul, piped up and said "Bill, why are you yelling at Leigh, he's standing right here and has been for over an hour?" Just at that moment Paul walks in. Bill turned sharply around and walked away muttering under his breath. Mr. Graham could be volatile at times. I saw him later in a television interview wherein he was asked about Blue Cheer. He said "The only reason they made it is because they didn't wear underwear". Those were' the days my friends.

When I lived in London, I was invited by a photographer friend to attend the filming of the Rolling Stones' Rock and Roll Circus. We arrived, sat down, and watched as Eric Clapton, Mitch Mitchell, Keith Richards and John Lennon took the the stage for a performance of "Yer Blues". What you don't see in this photograph is a big black bag writhing onstage to and fro to the music. Turns out after the song was over the bag was opened and out pops Yoko. Later I go back stage to sit... and wait while my friend takes more photos. I hear from the next room "Hey, Blue Cheer". It was Pete Townsend sitting in the dressing room with Charlie Watts and Bill Wyman. I was reading a Melody Maker Magazine which I quickly covered my face with. They all laughed. I was an extremely shy person back then and had just left Blue Cheer and didn't quite know how to respond. My friend later said, "Leigh, you don't talk enough". I said "I know, but sometimes words seem to fail me when I need them the most". I have since gained more self esteem. It was hard being in Blue Cheer. We were easy to hate. After Blue Cheer I formed another band (Silver Metre), with Mickey Waller, and Pete Sears. We ended up in Santa Monica, California and rehearsed at Whale Rehearsal Studios, which was an old speakeasy nightclub at the end of the Venice Pier. You had to enter through the backs of a bank of old fashioned phone booths in the lobby. During some of this time we stayed in a friends' apartment above the carousel at the Santa Monica Pier. If you didn't mind calliope music played at a very loud volume, it was a great place to stay. It did not take long before we knew the entire repertoire of the carousel. It's funny what you can get used to.

The bands of the past were not manufactured money machines that we have today. Today the money people put together what their demographics tell them is trending and shove it down the throats of the gullible public. I wish radio would come back and they could play anything they wanted at anytime. I wish MTV played music videos.

What were the reasons that made 60s to be the center of the music searches and social conquests?

It was a one of a kind movement that just happened and it was first.

What we should keep or forget of the Haight-Ashbury era?  Which memory makes you smile?

I am glad I was there for the beginning and also the end. It was a one in a lifetime moment in history. I hope there is another someday. 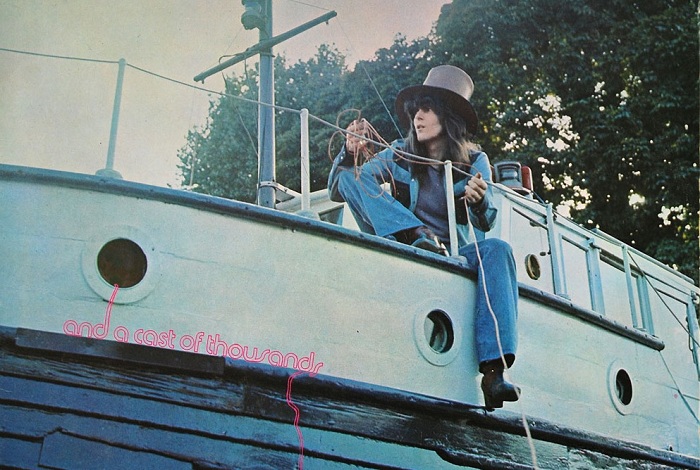 "The bands of the past were not manufactured money machines that we have today. Today the money people put together what their demographics tell them is trending and shove it down the throats of the gullible public."

What are the lines that connect the legacy of Blues with Psychedelic and continue to Rock n’ Roll and Surf music?

These three genres are music that began in The United States. Truly American music.

How has the Rock n’ Roll culture changed over the years? Do you believe in the existence of real rock nowadays?

It is no longer a culture. It is a business. There is real rock out there but mainstream audiences don’t get to hear it.

I laugh at just about everything. Music that is played well touches me emotionally. 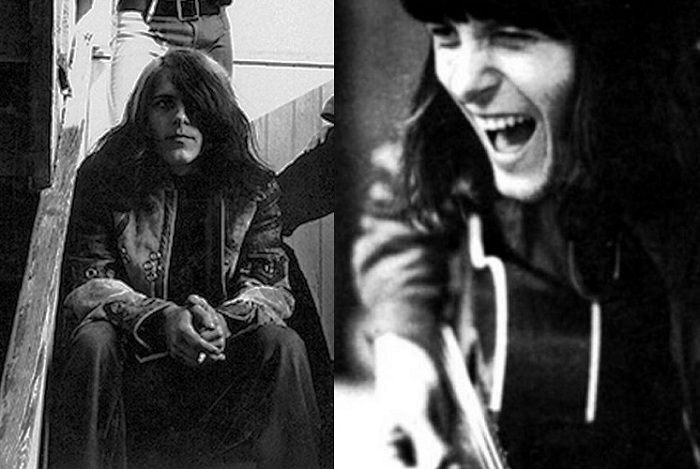