An Interview with drummer Andrew Campanelli of The Revivalists: New Orleans, The City of Sound

"Soul, to me, is the connection between all forms of music. The Blues is a feeling that comes from the soul and is expressed in a certain way."

Revivalists drummer Andrew Campanelli was born in Virginia. The formation of The Revivalists was all about chance, but everything since then has been a combination of hard work, awesome music, and friendship. The septet has been playing nonstop since 2007, crafting a genre-hopping sound that rounds out traditional rock instrumentation with horns and pedal steel guitar and mixes the divergent backgrounds of its individual members with the humid, funky undercurrents of the band’s New Orleans home. The result is like English spoken with an exotic accent: familiar, yet difficult to pin down. 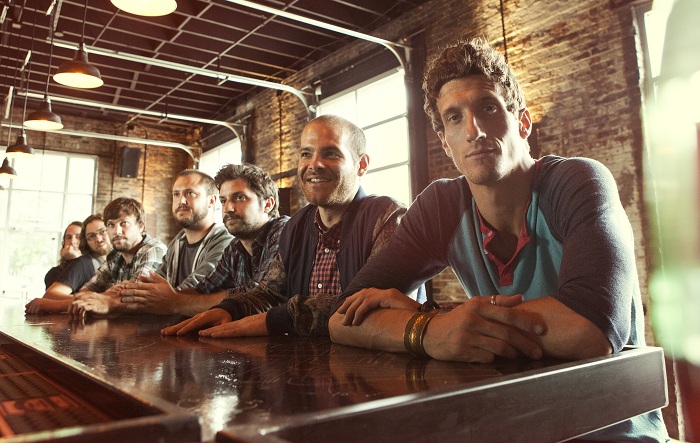 Religion aside, a revival is all about the tangible electricity that can only be created when enough like minds are crammed under a single roof for a singular purpose. It’s a spiritual spectacle, a carnival of the divine, a whole greater than the sum of its parts. The same could be said for The Revivalists’ searing live performances. The band has a knack for bringing music to life on a stage, and they have tuned their talents to Swiss-watch precision over years of relentless touring. Their bombastic showmanship is the outgrowth of a desire to connect with audiences on a personal level, and that intimate connection is what elevates their shows above simple entertainment. Andrew talks about his music paths and New Orleans.

Why did you think that the New Orleans culture and music continues to generate such a devoted following?

Andrew: New Orleans music stems from the mixing of different people and various cultures. Today the improvisational spirit that synthesized Jazz in the early 1900s and turned R&B into Rock & Roll in the 1950s continues to flow through the narrow streets of America's most unique city. There's a thickness to the air that melts the notes together and carries the pulse of Brass Bands and Mardi Gras Indians. People flock to New York, Nashville, or Los Angeles with dreams of making it big, but the focus of the New Orleans music scene is wholly based in the music. The culture of improvisation leads to an inclusive musical landscape where other musicians build each other up and make each other better by listening to each other and allowing anyone the chance to sit in. Be it joyful or heart wrenching New Orleans music is authentic, made for what it says rather than what it sells. People respond to the creative spark that exists in the improvisational moment and recognize it as different from much of what is going on in the music industry today. In short, people are drawn to New Orleans music because of the unique authenticity that stems from a culture steeped in the joy of creating music with other people. "One of the most exciting things about music for me is the moment the spark of creativity solidifies." (Photo: Andrew Campanelli at New Orleans Jazz Festival 2012)

Andrew: In the past few years we've been fortunate enough to play a lot of really memorable gigs. It's hard to compare playing a festival like Bonnaroo with a sold out show at Tipitina's or our recent trip to India but the most memorable gigs are the ones where the musicians on stage most connect with the people in the audience. In May this year we played the kind of show that can only happen in New Orleans at a Jazz Fest night show. During a marathon set that lasted from 2 to 5 AM we invited many of our friends who were in town for the festival to join us on stage throughout the night. Jamming with Ben Ellman (Galactic), Roosevelt Collier (Lee Boys), Mike Dillon (Mike Dillon Band), Jesus Coomes, Eric Bloom, Ryan Zoidis, and Nigel Hall (Lettuce) amongst others that night was really a dream come true. The excitement of having all those great musicians in the same room at the same time took over the stage and infected the crowd whose energy carried us into the early morning hours.

I have to mention two other jams that left me smiling from ear to ear, as the videos of those performances clearly show. On the last night of our first tour with Gov't Mule, Warren Haynes joined us for the first time and later that night he invited all of us out to play "Take Me To The River" with them. Words can't really express how it feels to play with someone who has had his kind of influence on me, let alone the music community at large but the way he listened to the song and the humility in his playing was a lesson I'll never forget. Just over a year later we had 10 year old guitar prodigy Brandon Niederauer play with us at Brooklyn Bowl in New York City. Sitting in on the Allman Brothers classic "Whipping Post" Brandon played with a maturity and technical ability impressive for a musician of any age. At the end of the song the sold out crowd lost it filling the room with so much excited disbelief that we had to take a minute to let it really sink in. Andrew: Moving to New Orleans from Washington DC when I was 18 exposed me to a world that I didn't know existed. Fortunately for me, the accessibility that makes New Orleans so unique is the same thing that allowed me to become part of that world. I got to know Johnny Vidacovich who is a legendary drummer and world class educator. His philosophy of music transcends genre and gets at the heart of what it is musicians do. Through many of our espresso fueled conversations Johnny taught me about listening and playing to serve the song and the moment. At the most basic level we musicians are making sounds that reach the other musicians on stage and the audience in the room equally. Thinking about my role as a musician in terms of trying to mesh as much as possible with all those moving parts takes the ego out of the performance. Eliminating the ego causes the musician to play what fits the mood of the song at that moment instead of trying to show off hours of practice and technical ability. That lesson transformed my entire approach to playing music.

Andrew: I wouldn't really say that I miss the music of the past. There's no question that popular music today often lacks the depth of soul that existed in the era when bands like The Beatles, Allman Brothers, and Led Zeppelin dominated the airwaves but I don't think that spirit is gone from music today so much as it now exists in a different arena. Being in a touring band has exposed me to many artists that I would never have heard on the radio. There will never be a substitute for sharing the live experience with the other people in the room so there will always be an outlet for people who write and play from the heart. In recent years pop music has been lacking in authenticity but with sirius/XM radio, the accessibility of music on the internet, and the ever expanding festival circuits there are outlets for people to find music that speaks to them.

I'll admit that living in New Orleans gives me an optimistic bias in this regard. Trends in popular music come and go but the soul and spirit that drives real musical expression is still displayed daily on our street corners.

What are the lines that connect the legacy of Blues with Soul and continue to Rock and Caribbean music? Andrew: Soul, to me, is the connection between all forms of music. The Blues is a feeling that comes from the soul and is expressed in a certain way. The Blues was born out of racial oppression and poverty in the American south. Denied even the most basic human rights, the Blues represents the need for the soul to be expressed. Repressed in every way imaginable, the soul of those people came out sounding like the Blues. Soul music evolved from Rhythm & Blues stemming from the same cultural current that spawned the Civil Rights movement. Artists like Otis Redding and James Brown represented the explosive nature of the times. Weather singing about love, loss, or just letting loose, the Soul music of the 60s and 70s represented and often lead the tides of change during those years.

The same applies to Rock and Caribbean music as well. During the years of slavery in America New Orleans' Congo Square was the only place in the country where slaves could congregate and engage in their different religious ceremonies. This lead to a mixing of rhythms from Haitian and African backgrounds, which eventually mixed with French military music to form Jazz. From Louis Armstrong to Professor Longhair and The Meters, New Orleans music exudes Caribbean influence. In the 1950s a producer named Cosimo Matassa ran a little studio on Rampart Street in the French Quarter. It was there that Little Richard and Fats Domino, aided by Earl Palmers' newly minted back beat, first created what we now call Rock & Roll.

Let’s take a trip with a time machine so where and why would you really wanna go for a whole day..?

Andrew: If I could go back in time for one day I would go back to Sept. 14, 1955. That was the day when Little Richard recorded "Tutti Frutti" in Cosimo Matassa's J&M Studio. One of the most exciting things about music for me is the moment the spark of creativity solidifies. It can't be planned or explained, but if you're there when it happens, you feel it. It would be so amazing to be in that studio when Little Richard went from singing to screaming while banging on the keys with all ten fingers in a way that forced Earl Palmer into a straight ahead rock & roll beat for the first time. Either that or I would go back and hang out with Dinosaurs for a day and try not to get eaten. 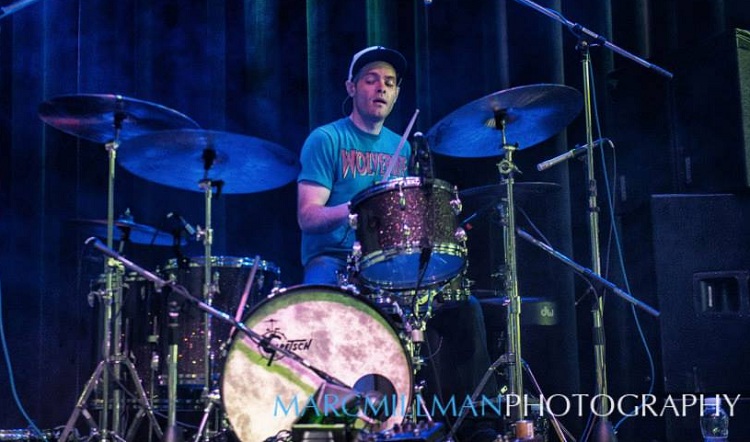