"Music as an art form should always lead and never follow. Rock n’ Roll was a leading art form because it was one of the first modern social medias. It was invented to get people together."

Tim Gorman: The Keys of Music

Tim Gorman is an award-winning music producer, arranger, composer, keyboardist, and vocalist. In thirty years in the Music and Film Industry, Tim has worked with major artists including The Who, The Rolling Stones, Duane Eddy, John Hiatt and is a successful solo artist. Film scoring credits include James Cameron’s “Titanic,” and Columbia Pictures “No Small Affair.” Gaming Industry contributing works include Electronic Arts, The Sims, and Spore. Tim Gorman’s remarkable career began in the Pacific Northwest as a session musician at Recording Associates in Portland and Kaye-Smith Studios in Seattle. At Kaye-Smith he worked with producer/engineers Jim Gaines, Buzz Richmond and the legendary R&B producer songwriter Thom Bell. While at Kaye-Smith, Tim collaborated with songwriter Bill Lamb and was introduced to iconic British producer Glyn Johns, who soon gave him his first production and recording contract. This break catapulted Tim’s career into the heart of the rock music industry where he would go on to make significant contributions in both recording and live performance. Tim worked with Elton John, John Entwistle, Dusty Springfield, Levon Helm, Johnny Cash, Emmy Lou Harris, Charlie Daniels, Journey, Paul Kantner, and Greg Kihn. This list continues to grow. 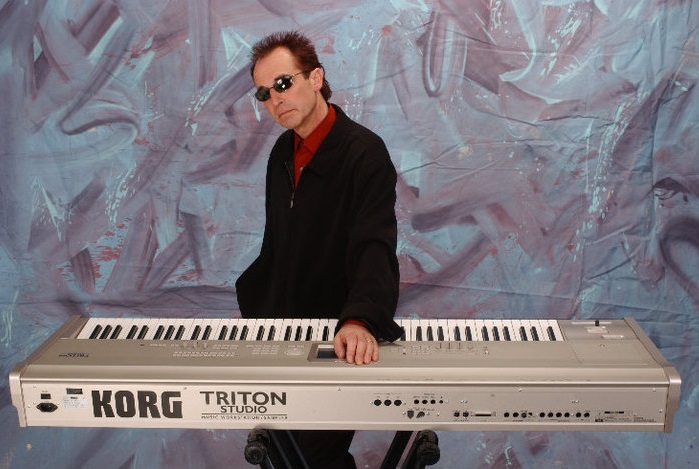 A true “Musician’s Musician,” Tim’s composition and production background and mastery of piano, organ, synthesizer and the latest software sets him apart from his peers. His natural musical talent and varied skill set have enabled him to rise to high levels in many different genres of music. Tim has recorded and performed with a diverse list of legendary artists, from Celtic master fiddler Alasdair Fraser, to psychedelic overlords The Jefferson Airplane/Starship. Other collaborators include guitar giant Duane Eddy, Levon Helm, Johnny Cash, Emmy Lou Harris, Charlie Daniels, John Hiatt, Journey, Paul Kantner, Greg Kihn. This list continues to grow. Tim’s personal career as a recording artist and composer began in 1979 when he was awarded a recording contract with A&M Records through Glyn Johns and his partner, entertainment attorney Eric Kronfeld. Dubbing themselves “Lazy Racer,” he and a select group of musicians released the self-titled album “Lazy Racer” and the 1980 follow up “Lazy Racer- Formula 2.”  In 1996 Tim released his first solo record, “Classical Daydreams”. A return to decades of classical music study. In 2004 Tim released his second solo offering, “Celtic Loop” with credit as composer, producer, and engineer. In 2011 Tim released his third solo album on Timtone Records, “Cowboy.” Again, acting as composer, producer and engineer, “Cowboy” is a collection of acoustic piano performances deeply rooted in traditional Country and Americana.

Simplicity, transparency and clarity of thought. Creating music in this genre requires that it be straight forward and contain some surprises along the way. It is not about lots of hair and tight pants.

Economy. Keep things clear in your composition. Say what you mean lyrically. Learn to become a good decision maker. Don’t talk too much. Listen to other people. Keep your sense of humor at all times. There is no writer’s block, you just haven’t written anything you like yet. Get an accountant. Keep the Cellos a tenth away from the Basses. Hire the girl.  Practice everyday. Your human, it will never be perfect.

"Simplicity, transparency and clarity of thought. Creating music in this genre requires that it be straight forward and contain some surprises along the way. It is not about lots of hair and tight pants."

Shea Stadium 1982 with, The Who. The NY Fire Dept. showed up with water cannons to hose the audience down while we were playing. Any live solo sections with Jefferson Airplane/Starship or The Who.  The solos would take off and not really follow any structure. It was musically dangerous and then, somehow we would find a way back to the song. Herbie Hancock told me, "This is your moment of truth as a musician". Audiences loved it because it was never the same way twice.

The sound of tape machines in rewind or fast forward in the studio. The creative interaction with other people in the studio. I love working and recording on the computer but it gets somewhat solitary after a while. I like working with other musicians online but it is a completely different experience.

That music streaming services pay the songwriters and composers a larger royalty share. That musician artists never forget to push their creative boundaries. That music will become further devalued by the listening public.

That I will become a better guitar player. Hah! Being a Keyboardist, it gets frustrating trying to get great guitar parts from software. It’s all good, it just takes a little longer. That Dave Gilmour keeps making solo recordings. 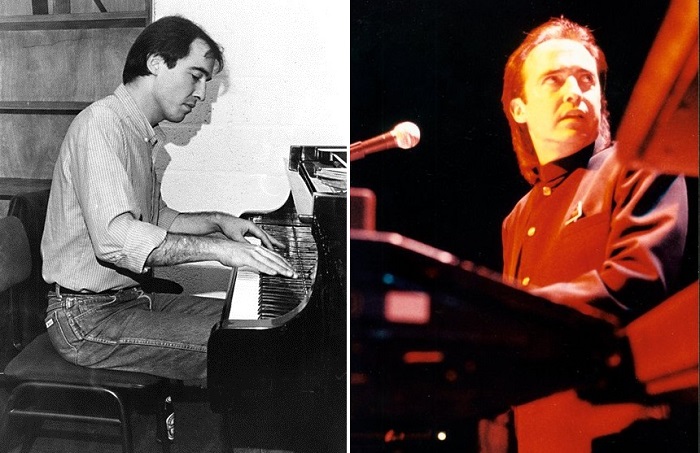 "The sound of tape machines in rewind or fast forward in the studio. The creative interaction with other people in the studio. I love working and recording on the computer but it gets somewhat solitary after a while. I like working with other musicians online but it is a completely different experience."

What are the lines that connect the Rock music with Jazz, Blues, Film Scoring and continue to Celtic and Classical?

I started classical lessons at age four. I studied with John Heirsouix from Brussels. John moved to San Francisco and I was lucky enough to be accepted as a student. John was an orchestra conductor as well so I spent a lot of time around his rehearsals and concerts. When I was thirteen I started jazz studies with John Marabuto and kept my classical studies going as well. When I went to music school at University of Portland, Oregon I met Paul Beaver who was a guest artist and clinician. Paul was from the famous, "Wrecking Crew" in Los Angeles. He brought a very large, Moog Modular 900 Series System and taught me how to program. The next year, I bought my first Moog and started working as a session musician in the Northwest. Paul helped guide my early days as a musician and got me into film scoring. It felt natural with my classical background. Blues was something I just loved and tried to listen to as much as possible. Learning to play the Hammond B3 helped out a lot. I am a big Otis Spann fan. His piano playing and vocals really influenced me. Celtic music came into view partly because of my family heritage at home and meeting Celtic musicians through the years and getting to record with them.

What were the reasons that made San Francisco area to be the center of music researches and experiments?

I think because of educational schools like UC Berkeley and Stanford’s music departments. Also, many inventors like Don Buchla, Ray Dolby etc. lived and worked there and the fact that it had always been known as an artists community. It’s a very free thinking place. Always open to new ideas.

What has made you laugh from the late Papa John Creach and what touched (emotionally) you from Duane Eddy?                (Photo: Jefferson Starship) 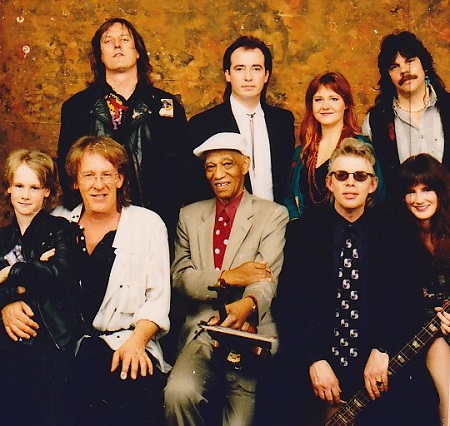 Papa would describe and remark about things in a unique way. Like a, ferry ride in Switzerland he called a submarine. Papa talked in blues terms to describe to me what he wanted from the piano as well. He was classically trained and really new his music as well as being a great blues player.

Duane was a real highlight to play with. All those famous instrumentals and the band was a killer. Robin Ford, Steve Douglas, Robin Sylvester and John Kinchloe. He didn’t have a giant guitar collection. Just the three famous ones and he played them. Lots of guys retire their famous axes and get a throw away for the road. Not Duane. He was fearless and audiences loved him. He was/is, a caring human being. Duane honored my Aunt at a concert on her Eightieth Birthday by having Wayne Newton sing happy birthday to her. It was big surprise. That’s the kind person he is.

What is the impact of music and Rock n’ Roll culture to the racial, political and socio-cultural implications?

Music as an art form should always lead and never follow. Rock n’ Roll was a leading art form because it was one of the first modern social medias. It was invented to get people together. That’s how it started out. The music was a shared connection to young people wanting to spend time with each other and share their feelings and ideas. As most of us know, the scale and chord systems and song forms come from many ethnic cultures. That is the great gift of including other cultures into a society. You get all that art creating new art, new musical genres and it keeps bringing us together as people. 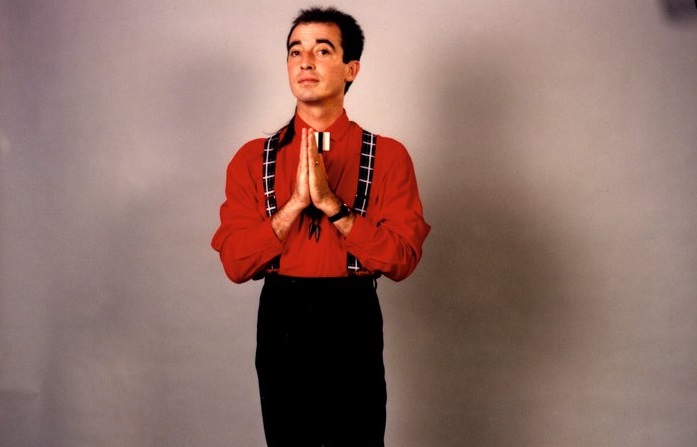