"I hope people start to get back into songs that have strong melodies, and great chord changes. Somehow the future of music seems to be in a total different direction where the melody is very hard to find."

The Farina brothers, Santo & Johnny, were born in Brooklyn, New York. Santo, October 24, 1937 and Johnny, April 30, 1941. Years later, they formed a band, playing at church dances, weddings and clubs. The Farina brothers began to gather fans from Brooklyn to Long Island. As their popularity grew locally they recorded a couple of demo tapes. Johnny made the rounds of the New York record companies. One day Johnny decided to try a music publishing company and there is where the history of "Sleep Walk" started, they signed a song writer's contracts which later on lead them to Canadian American Records. Their first release in 1959 was "Sleep Walk" which was written by Santo & Johnny.  It was the last #1 instrumental of the 50's and earned them a Gold Record. Santo & Johnny were now International artists.  They had recorded and released over 40 albums worldwide.  They worked these 14 years playing clubs and casinos all over Europe.  They also had their own TV Show in Italy. Johnny has kept the magical steel guitar sound alive performing as a solo artist all over the country since the early 70's.

1999 was a great year for "Sleep Walk", it earned BMI's Millionaires Award symbolizing 2 million airplays on the radio.  Also in 1999 a version of "Sleep Walk" by Brian Setzer earned the song a Grammy Award for best instrumental of 1999.  In 2002 Santo & Johnny were inducted into the International Steel Guitar Hall of Fame.  Hanging proudly on his wall, Johnny has 2 Gold Records, one for "Sleep Walk" and on for "The Godfather". Because of constant radio airplay and play in numerous TV shows and commercials, "Sleep Walk" continues to be one of the most popular and quickly recognized instrumentals of the 20th century. Johnny's performance is an energy packed show with great memories guaranteed!

How do you describe Johnny Farina sound and progress, what characterize your music philosophy?

I believe the best way to describe the Santo & Johnny Farina sound, is as a very intimate and sensual steel guitar sound. We have a different style of playing and phrasing developed through years of playing the steel guitar, an instrument that was primarily used for country and Hawaiian music, mostly in the background, until Santo and I brought it into Rock n' Roll in the 50’s in our own style as the lead instrument.

The early years when “Sleep Walk” became #1. We wrote and recorded so many songs. 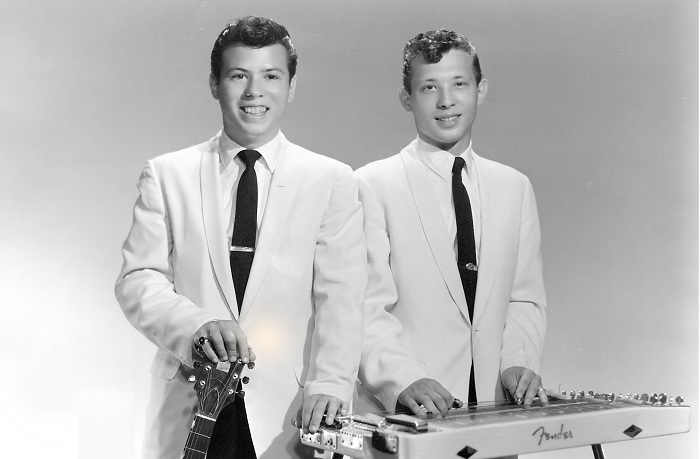 "I believe the best way to describe the Santo & Johnny Farina sound, is as a very intimate and sensual steel guitar sound."

The best time of my career is when I heard “Sleep Walk” on the radio for the first time. The worst, so far no worst time in my career.

What's the best jam you ever played in?

Really don’t have a favorite jam.

In Italy in 2012, performing The Godfather (Ill Padrino) with a 23 piece orchestra, live.

My first meeting, when I brought a demo of “Sleep Walk” around, and found someone to finally listen to it, and he really thought it was a great record and would be a big hit.

My first manager said, “Always be early and prepared to give a great performance, no matter what the conditions are, and never leave the venue until after the performance”.

Are there any memories from recording and show time with Santo and Johnny which you'd like to share with us? 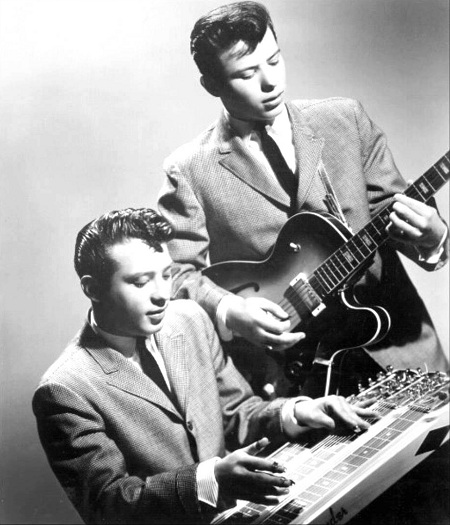 Our first record session, when we recorded “Sleep Walk”. And the first time Santo and I did the Alan Freed Show in Brooklyn, New York.

What are the secrets of sound of the steel guitar?

No secret, we played it from our heart, not from a book or music lessons.

What are the differences from the normal slide guitar?

It’s a total different instrument. A regular guitar has frets, a steel guitar you must make the frets with a steel bar, and also has different tunings, and some steel guitars have more strings.

How started the thought of "Sleep Walk"?

Couldn’t sleep one night after a gig, and came up with the melody.

We recorded The Godfather because of the excitement of such a film coming out, knowing it would be such a success, and then hearing the theme, it was just a great piece of music to record. And for us, Santo & Johnny it reached #1 and held that position for 26 weeks on the Italian Hit Parade.

What is your favorite cover of "Sleep Walk"?

I would have to say Larry Carlton is my favorite cover of “Sleep Walk”.

It was real in the early days.

I hope people start to get back into songs that have strong melodies, and great chord changes. Somehow the future of music seems to be in a total different direction where the melody is very hard to find. My first manager said, “Always be early and prepared to give a great performance, no matter what the conditions are, and never leave the venue until after the performance”. (Photo: Johnny and Bo Diddley)

Which memory from the late Bo Diddley makes you smile?

Bo Diddley, playing a violin backstage in his shorts at The Alan Freed Show in Brooklyn, New York. It made me laugh a lot because he was a guitar player, and him walking around with the violin in his shorts was something to see.

How has the music industry changed over the years?

Turn the radio on and listen how it changed.

Do you believe in the existence of real music nowadays?

The Strange Dave Show made me laugh. Here’s the link please watch it.

Let's take a trip with a time machine, so where and why would you really wanna go for a whole day ..?

(1959 Coney Island, New York) Because that’s where I heard “Sleep Walk” on the radio for the first time. I had no money in my pocket, but I felt like a star. 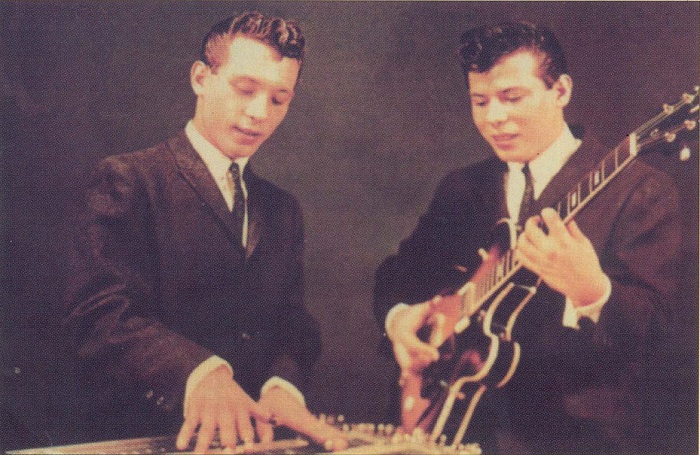