"Bukowski in his late poems kept saying this over and over again: be yourself. Or as you Greeks like to say: gnothi seauton."

David Stephen Calonne was born in Los Angeles, 1953. At UCLA he majored in Ancient Greek, is a philhellene and has traveled throughout Greece. Dr. David Calonne has spent most of his life reading and studying the American beat writers and the author who inspired them. 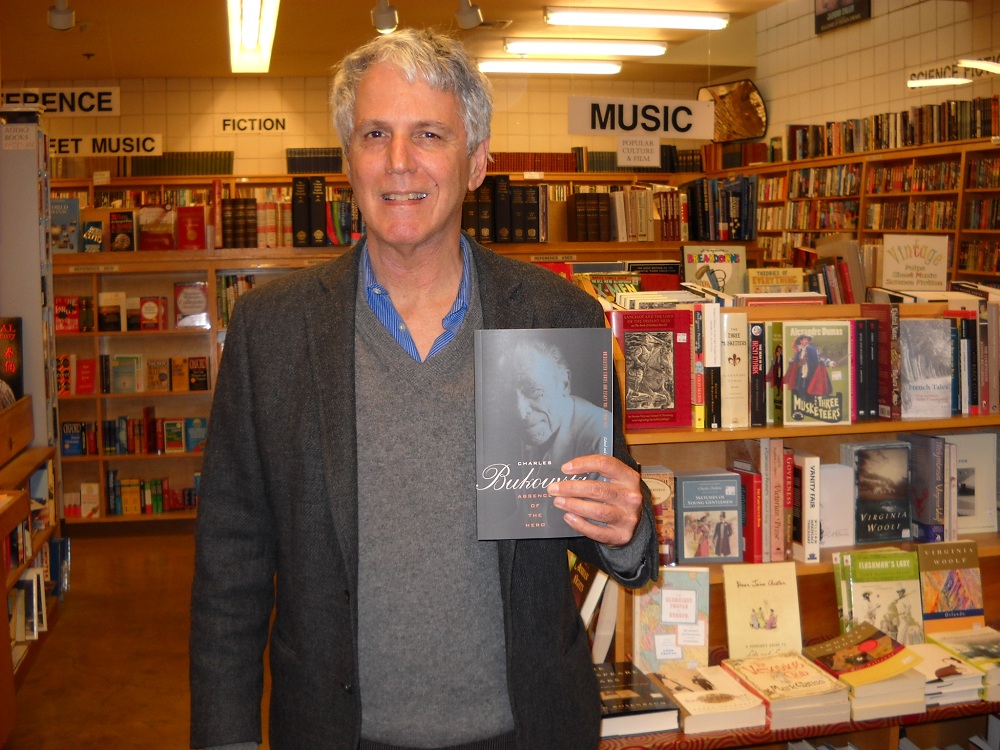 Here he talks about the Beats, Henry Miller, Greece, Nikos Kazantzakis, William Saroyan, Jack Kerouac, Jazz and "Hank" Bukowski, the writer who continues to fascinate him. 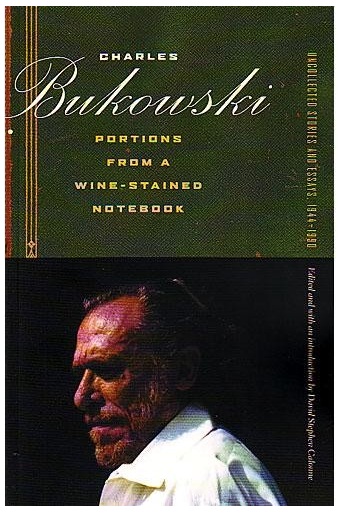 What MOTTO of Charles Bukowski you would like to stay forever?
Many of Charles Bukowski’s aphorisms and quotations are wonderful: I don’t know where to begin. But I’ve always liked the following from Factotum: “Frankly, I was horrified by life; by what a man had to do simply in order to eat, sleep and keep himself clothed. So I stayed in bed and drank. When you drank the world was still out there, but for the moment it didn’t have you by the throat”.

How do you describe Charles Bukowski’s philosophy of life? What characterize Charles Bukowski’s way of life?
I think Bukowski was a kind of “romantic existentialist.” He wanted to try to live life “authentically” as Jean-Paul Sartre would say. And although he seems sometimes — or often — to be an absurdist or a nihilist, I think underneath the tough pose he was actually a romantic. That is, he wanted life to be better than it is, he wanted the structure of reality to be other than it is, he wanted to love and be loved.

Which is the most interesting period in Charles Bukowski’s life and why?
To me each period is interesting. His late period works are as good or better than the writing he did earlier in his life. He kept growing and changing. And during each period of his life he faced great obstacles and challenges which he successfully overcame through heroic acts of will and courage. His early life was dominated by abusive and uncaring parents; he then faced life alone on the road, travelling throughout America writing, drinking and doing menial jobs. He had a near-death health crisis at age 34 from which he emerged stronger, and more creative and more resilient. He survived his tragic love affair with Jane Cooney Baker. And he emerged into middle age as a successful writer, one of the very few American writers able to earn a living by his pen—or by his typewriter. And he found love with Linda Lee Beighle and kept creating to the very end of his life.

Which memory from Charles Bukowski makes you smile?
I’m not sure by “memory” here whether you are referring to his life or to his work. I think he is a great comic writer, and was a great comic speaker as well, which you can confirm if you watch The Bukowski Tapes. He laughed a great deal and made others laugh. He often said that the problem with Hemingway was Hemingway’s lack of humor. I love the scene in Barfly where the old timer tries to rig up a long piece of string so he can draw his hand up to his mouth to drink; or when Henry rams the California couple in front of him because of their unedurable phoniness. So much of Bukowski is laugh out loud funny, again it’s hard to know where to begin or end. But what is amazing is how he balances this laughter with the most horrible pain and tragedy. Women for example is a very funny novel and at the same time a terribly tragic one. Not many writers can do both of these things at the same time, but Bukowski does. 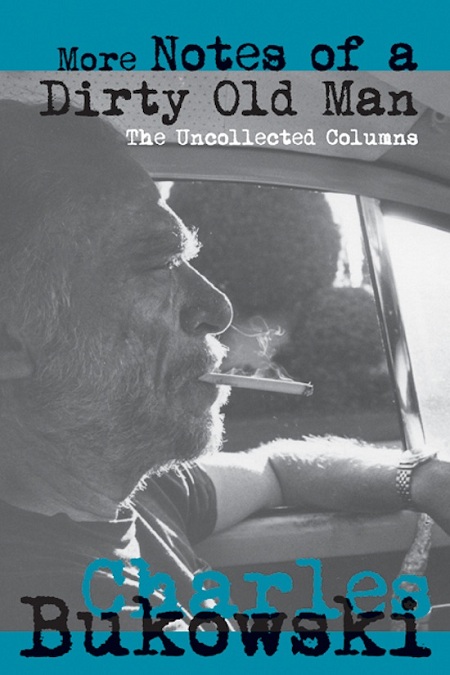 Do you have met personal “Hank”? Which was the best and the worst moment of Charles Bukowski’s life?
I never met Bukowski. It would be difficult to say what the best and worst times of someone else’s life are.

What was Hank’s DREAM…and what was his nightmare?
I think his dream was to be able to live by his writing, which he accomplished. I suppose his dream also was to be love and be loved. This sometimes turned into a “nightmare”, but as he wisely said, this is part of the ecstasy and anguish of romantic love and must be accepted as the price one pays.

If Hank “was going” back to the past what things he would do better and what things would a void to do again?
I can’t answer this. Kierkegaard famously said “life must be lived forwards but can only be understood backwards.”

When was your first desire to become involved in the Beat literary & what does the Beats mean to you?
I first read Jack Kerouac’s On the Road at the age of sixteen or seventeen when I was an adolescent in California. I also read Ginsberg’s poetry during this time. I had begun reading serious literature at the age of fourteen: Charles Dickens, and then Thoreau, Dostoyevsky, Nietzsche, Saroyan, Henry Miller, Whitman and many others. I wasn’t particularly interested at this point in “The Beats" as a literary group, but rather Kerouac and Ginsberg spoke to me during a time of spiritual and political upheaval in America.

Why did you think that the BEATS continued to generate such a devoted following?
I think the Beats continue to generate interest because their desire to find alternatives to American materialism, racism, homophobia, environmental destruction, militarism, etc speak to the desires of young people today to lead lives which are more authentic, less aggressive, more loving, more respectful of Nature. The conflict today between Mitt Romney’s vision of America and Barack Obama’s vision demonstrates that this struggle for the “soul of America” continues. There will always be young people who — as Thoreau said — “hear the beat of a different drummer” — and who seek to live lives of authentic existential meaning and spiritual depth. I think for these people, the Beats continue to be of great interest.

How did the idea for the “Bebop Buddhist Ecstasy: Saroyan’s Influence on Kerouac and the Beats” come about?
As I said before, I read Kerouac and Saroyan as an adolescent. When I was writing my PhD thesis on Saroyan, I began to discover how much Kerouac admired Saroyan’s work and I devoted some space to the question. Later I wrote a longer essay about the subject and recently expanded the essay. Soheyl Dahi in San Francisco asked to publish it and Lawrence Ferlinghetti kindly wrote an Introduction. 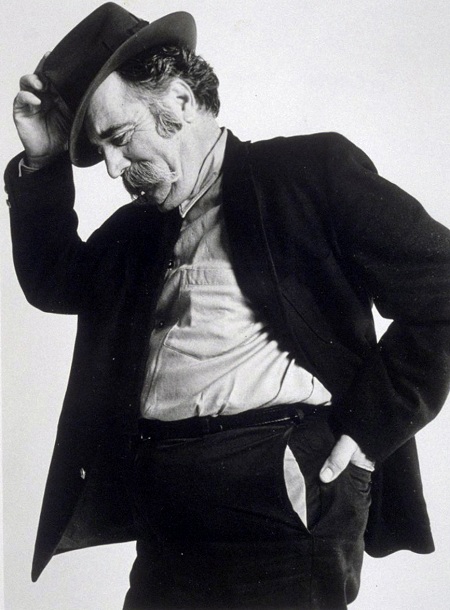 How important was the role of Saroyan played in the case of Buddhism in BEAT generation? How does the jazz music come out of Saroyan’s texts?
Saroyan’s highly lyrical, jazz inflected prose poetry showed Kerouac the way to the hip swift style of On the Road. Saroyan was not interested in Buddhism per se, but there are many aspects in common between Saroyan’s philosophy and Buddhism. Saroyan’s great play The Time of Your Life depicts a character named Joe who sits and observes throughout the play and practices a kind of Zen-like detachment yet empathy for the other characters and their sufferings. As far as jazz, if you look at a passage like the following from a short story called “Baby” written in 1936, you can hear it singing through the lines: “Sang baby. O maybe. Sang motors and wheels till Saturday night in America, and a hundred thousand jazz orchestras sang So come sit by my side if you love me, and the sad-eyed, weary-lipped Mexican girl silenced Manhattan uproar with soft, velvet-petaled signing of darkness and death, O heart there is no end to the river’s flowing. Sang locomotive north through snow to Albany and west to Chicago, O baby maybe.”  Notice the syncopated rhythm of “Sang baby. O maybe.” It is as if a train is starting and stopping. The prose has the forward spontaneous improvised quality of jazz, and indeed Saroyan is here depicting “a hundred thousand jazz orchestras” in the act of making music.

Who from THE BEATS had the most passion for the Blues & Jazz?
Bukowski loved classical music: Beethoven, Mahler, Sibelius, Shostakovich, Haydn….I would guess Kerouac was the most devoted jazz enthusiast. I don’t think Ginsberg was very musical, although he tried to sing but it was pretty awful. And I don’t think Burroughs knew much about music.

What mistakes of the Beats would you want to correct? Did Beats played an important role to the youth today?
By “mistakes” I suppose you might be referring to the excessive drug use, the violence (Burroughs shooting his wife, the killing of David Kammerer by Lucien Carr, the death of William Burroughs’ son Billy by drugs and alcohol, etc. Yes, I think the Beats are still important to young people today. I have taught a course on Saroyan at the University of Michigan as well as the University of Chicago and students are very curious about the history of the Beats and as you probably know a new movie of On the Road is scheduled to be released this Fall. I’m afraid it isn’t going to be very good, but hopefully I am wrong… 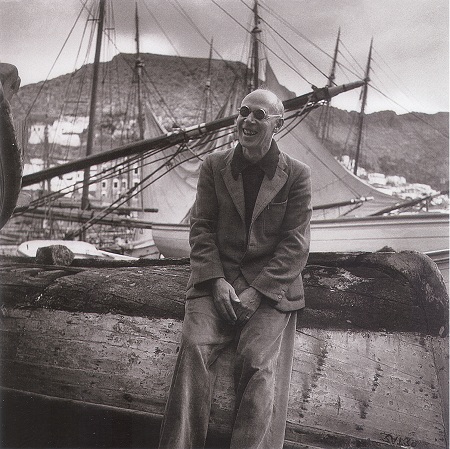 How Henry Miller would spend a day in Greece, nowadays?
Henry Miller visited Greece in the late Thirties and visited Athens, Piraeus, Hydra, Delphi, Epidaurus, and several other places. He wrote The Colossus of Maroussi about George Katsimbalis and met several Greek poets including George Seferis. Miller loved Greece. I suppose were he to return to Greece, he might want to visit some places he had not visited previously. How would he spend the day? At the beach nude perhaps, as in the wonderful photo taken of Lawrence Durrell and himself on the cover of their letters. At a tavern sampling the lamb chops, French fries, souvlakia, ouzo, retsina, dolmades, yaourti…I better stop now I’m getting very hungry…

Which of historical personalities would you like to meet?
Not sure if by “historical personalities” you mean anyone in history. If that’s what you mean, I would like to meet Alexander the Great and Nikos Kazantzakis. As for the Beats, I met Ginsberg briefly at a poetry reading in Austin, Texas. I was carrying a plate of nachos and he asked if he could have some and I said sure. I read a poem of mine to Gary Snyder, also in Austin. And I’ve met Lawrence Ferlinghetti at UC Berkeley when I gave a lecture on Bukowski and Saroyan and again at City Lights.

If Bukowski, Henry Miller and William Saroyan were between us nowadays, what do you think he would tell us?
If Bukowski Miller and Saroyan were alive today, they would most likely be telling us the same things they were telling us before: follow your heart, be yourself, don’t follow the crowd, praise and affirm the tenderness and innocence of the human heart, celebrate the miracle of life. Bukowski in his late poems kept saying this over and over again: be yourself. Or as you Greeks like to say: gnothi seauton.