"I have found that of all the different music genre’s the Blues R&B and Soul music is the music that bridges the gap between all people. It is the expression of feelings in the music that brings people together."

Corte': Got My Mojo Workin'

As a young boy attending elementary school (Al) Corte’ sang lead alto in his church choir. His dad was a hobby honky tonk singer, his uncle Mike was a night-club singer and his uncle Raymond was a professional opera singer. Uncle Raymond, upon hearing Al’s natural talent, arranged Bel Canto singing lessons by his own personal vocal coach from the Julliard School of music. The vocal coaching educated Al on the mechanics of vocalization giving him the ability to sing properly with power and tone. But Corte’ was into soulful blues and rock ‘n’ roll music more than opera. So Al took his training and applied it into the music he loves. As a teenager Al sang acapella with his high school buddies in the alley behind the five & dime store at the shopping plaza practicing “Doo Wop.” At the age of fifteen he was singing soulful blues & rock n roll with various bands in bowling alley lounges, neighborhood honky tonks and frat parties. He tried his hand at drumming, football, gymnastics, construction, drama classes, and auto mechanics, but he kept coming back to singing. His singing career kicked off in the 60’s as the front man for “The Cavemen,” a pop group out of Buffalo, NY that opened for many of the stars of the day – Young Rascals, The Hollies, Jerry Lee Lewis, Chuck Berry, just to name a few. After the act’s dissolution and a stint at motorcycle racing, Corte’ went back to his singing, which took him to Florida. While there he performed in several different bands, toured the US and the Caribbean, did stunt work, studied photography and horticulture. Then on to Arizona, via Texas, where he engaged in acting classes followed by work in commercials and a cowboy on “The Arizona Gunfighters,” as well having his own band, Corte’. In the early 90’s, Corte’ took a behind-the-scenes role establishing his own production company producing videos and TV programming. He also continued his motorcycle racing and was an artist manager. Upon retirement to Arkansas, Corte’ resurrected his singing, while working construction, a volunteer firefighter and K9 handler. Al Corte’s sophomore album, “Mojo” (2017), is a full-blown Memphis affair, recorded at Willie Mitchell’s Royal studios, with the High Rhythm Section, the Royal Singers, Royal Horns, Royal Strings and The Tennessee Choir. It’s also a total 180 from his debut album, “Seasoned Soul” (2015), that was all arrangements of classic tunes. “Mojo” contains all original tunes written by his music partner, Ron Miller.

What do you learn about yourself from the blues & rock n’ roll culture and what does the blues mean to you?

What I have learned from the Blues and Rock n Roll culture is that you become a part of the music and the music becomes part of you. What the Blues means to me is a form of expression. The Blues is an expression of many feelings that effect people and is brought out through the music. Blues is a way to share emotions from performer to audience.

How do you describe Corte’ sound and songbook? What characterize your music philosophy?

My sound is universal and my songbook is jam packed with a wide template of music. I believe all music is related as humans are and I have always been open to explore all music genres. I have found that Blues is the foundation of many musical styles.

How do you describe MOJO sound and songbook? What characterize album’s philosophy?

The Mojo sound is a powerfully smooth blend of songs crossing musical genres sung by a seasoned vocalist accompanied by veteran musicians that deliver the authentic Memphis Sound. The Mojo songbook is jam packed with songs sharing a variety of emotions for the listener. Mojo is an authentic recording by Memphis musicians performing original musical arrangements encompassing genres of our American music and culture. 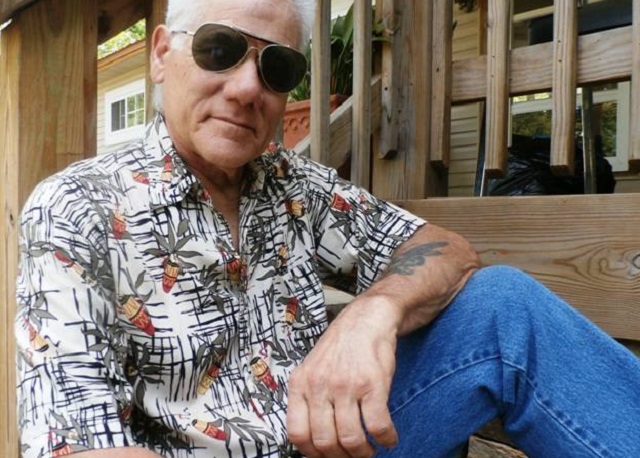 "The Blues is an expression of many feelings that effect people and is brought out through the music. Blues is a way to share emotions from performer to audience."

There were numerous memorable moments during the recording process however singing live in studio with the Hi Rhythm Section was an incredibly very fulfilling and inspirational experience for me. It was Steve Potts on drums, Leroy “flick” Hodges on bass, Michael Toles on guitar, Rev. Charles Hodges Sr. on Hammond B3 organ and myself performing songs that have never been performed. I believe we inspired each other musically embracing each song and giving each song a life of their own. It truly was a magical recording session.

What were the reasons that you started the Blues/R&B/Soul and Rock n’ Roll researches and experiments?

I did not start researching until I committed to record Seasoned Soul. Blues, Soul, and Rock n Roll was the music I grew up not only as a young boy but also through my years of performing. This music has made a huge impression on me and will always be a part of me.

Throughout my career I have had the opportunity to meet numerous artists on many different levels and find that most of them were great experiences and some that were very motivating! Best advice I was ever given was from my grandpa who said become a sponge and soak up life!

There are so many great gigs and Jams that all have great memories plus there were a few recording studio sessions. One that comes to mind is the session in Florida I performed in an all original progressive fusion jazz act that recorded an album at Bee Jay Recording Studio in fact we shared the studio with Molly Hatchet. I will never forget how much booze they had stacked in the hallway outside studio A. I believe that I lived through a very special time in music. The music of the 50’s 60’s 70’s and 80’s was an explosive creative time for modern music. I hope that there are still some young writers and artist that continue writing and performing great music however based on what is happening today in the music industry does not live up to the great music of the past.

From what I see happening in the business today is that the working musician is being taken advantage of and not being compensated in a fair and equitable manner. Most young artist and groups are finding it very difficult to find steady work where they can hone their craft. There are no booking circuits for bands to perform and get paid a decent wage. Even in major music cities like Nashville performing artist are finding themselves having to pay establishments to perform. Many are performing in establishments for only a bucket of tips. If I could I would help bring respect back to the accomplished professional musician.

Meeting the love of my life!

Performing live across the country Canada and the Caribbean for over three decades! And what I just did! Record at Royal Studios and sing live with the Hi Rhythm Section.

What has made you laugh The Cavemen years and what touched (emotionally) you from the 60’s Buffalo era?

I found that being in a band is a fulfilling experience where you learn a lot about life and people. The best part is the teamwork and bonding that came from playing music with musicians that share the same aspirations. Playing music is therapeutic and keeps one well grounded and happy. Working with the Cavemen was full of great memories and good times filled with fun and hard work, we were young guns making a living doing what we loved.

What is the impact of Blues/R&B/Soul music and culture to the racial and socio-cultural implications?          (Photo: Corte' & Earl “The Pearl” Banks) I have found that of all the different music genre’s the Blues R&B and Soul music is the music that bridges the gap between all people. It is the expression of feelings in the music that brings people together. Blues is music that comes from the soul and touches people like no other music.

How has the Soul n’ Blues Counterculture influenced your views of the world and the journeys you’ve taken?

I was part of the culture before it counted. I was singing blues, doo wop, gospel, rock n roll as a kid in the 50’s and moved on to explore all the genres. I have seen the genres change from decade to decade with all the sub cultures and its distortion of the genres. I have been singing songs from every genre and it doesn’t matter what the genre or the song they each have a specific musical feel but most important a story. I have lived many stories because I become one with the songs that I sing! However today I don’t have to explain where the counterculture has influenced or taken me Mojo can do it for me!

What has been the hardest obstacle for you to overcome as a person and as artist and has this helped you become a better soul/blues musician?

During the 60’s – 70’s & 80’s there was plenty of work for a career musician but today it is tuff making money! Just like in any business it takes money to make money and the music business is no different. Just like any business you get out of it what you put into it, so it has made me work harder and be more creative in order to obtain results and reach my musical goals.

I would love to bring back the Blues & Soul artist that have passed away to spend a day with them performing with them the music they gave to all of us.