Ambassador of the Blues Stoney B Stone talks about Chicago, Grandpa Elliott, Lil' Howling Wolf, and his Blues life

"The music stays the same.... people change!! A lot of people like the Blues."

Stoney B Stone: Heartbeat of Blues

Stoney B (Michael Stone) was born in Chicago, Illinois. He grew up listening to the blues with his father Lil' Howling Wolf.
Stoney B not only has lots of talent but that wonderful gift of communication which grabs people’s attention as he brings them into a truly enjoyable, masterful and often humorous experience as he entertains them with the Down Home Blues. After a number of years in the Army, where in his spare time he continued his self-education on his Fender Stratocaster guitar, he came back to Chicago and started playing rhythm guitar around the Southside of Chicago. This began a number of years of playing in bands in Chicago including Junior Wells, James Cotton, Koko Taylor, Lefty Dizz, Johnny Littlejohn, Lovie Lee, who backed up Buddy Guy. Stoney B Blues captured the interest of Johnny Winters and Albert King who came to see his band perform. Stoney B left Chicago in 1986 and headed south to Greenville, Mississippi. In his 3 years there he played in Roosevelt Boobie Barnes band performing as his opening act and rhythm guitarist. He also played with other local musicians Willie Mississippi Foster, Jessie Clay and T-Model Ford. In 1989 Stoney B moved to Atlanta, Georgia where he met Eric King who was a DJ on WRFG and booked the acts for Blind Willies, Atlanta’s most noted Blues Club. He quickly created a new Stoney B Blues band and played at Blind Willies along with well known blues artists Luther Houserocker Johnson, Chicago Bob Nelson, Sandra Hall and Butch Travette. On the move again Stoney B landed in New Orleans in late 1992. He began playing as a street musician and soon after his next Stoney B Blues Band was formed. He met another well known street musician, Elliott Small, during this time and the act known by many as Stoney B and Grampa was born. Stoney B has been moving between San Diego and New Orleans for a couple of years and has decided to settle in San Diego for now. The new Stoney B Blues Band is now hitting the popular venues around San Diego and Stoney B is ready this time to take his musical career to the next level. San Diego is starting to discover just who Stoney B Blues is: A blue blood musician? For sure.  An entertainer and crowd pleaser? Most definitely. A talented ambassador of the Down Home Blues? Without question. 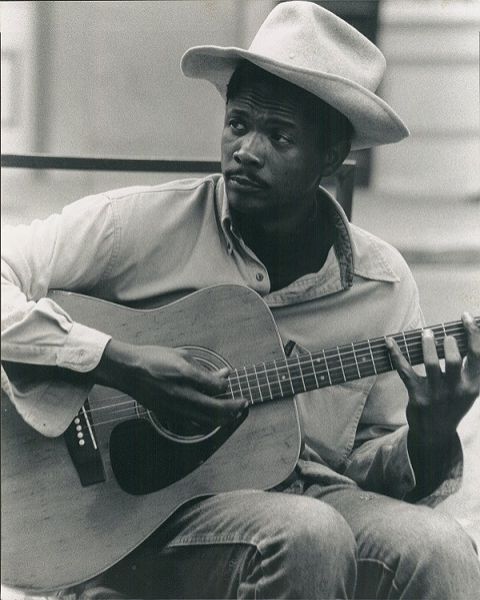 How do you describe your philosophy for the blues music?
The Blues is in my heart and soul. It's music that I can feel, and pass that feeling on to other people. A Blues Man is a story teller. It's just an added edition to his Blues if he or she can play an instrument (guitar, harmonica, piano, etc.) Blues is about life !!!!

What characterize the sound of Stoney B?
The BEAT!! The music is solid and tight, and bounces in time. The guitar plays with meaning, and purpose. It's not what I play; it's HOW I play it. With feeling!!

Which is the most interesting period in your life and why?
From the age of 13 to 17 ... At this time in my life, I was being molded into who I am today. I was exposed to playing and learning music. I took a hold of it, and it took a hold of me. We never let each other go. Music gave me hope of what could be. Not have to work hard, and be free to do what I feel I was meant to do. I love the stage, and love to perform.

How has the music business changed over the years since you first started in music?
I don't think that the business has changed much. The concept is still the same. You sound good, others think you sound good, a mgr. or promoter represent you to show more people that you sound good, record this good sound, make it a money making project etc. 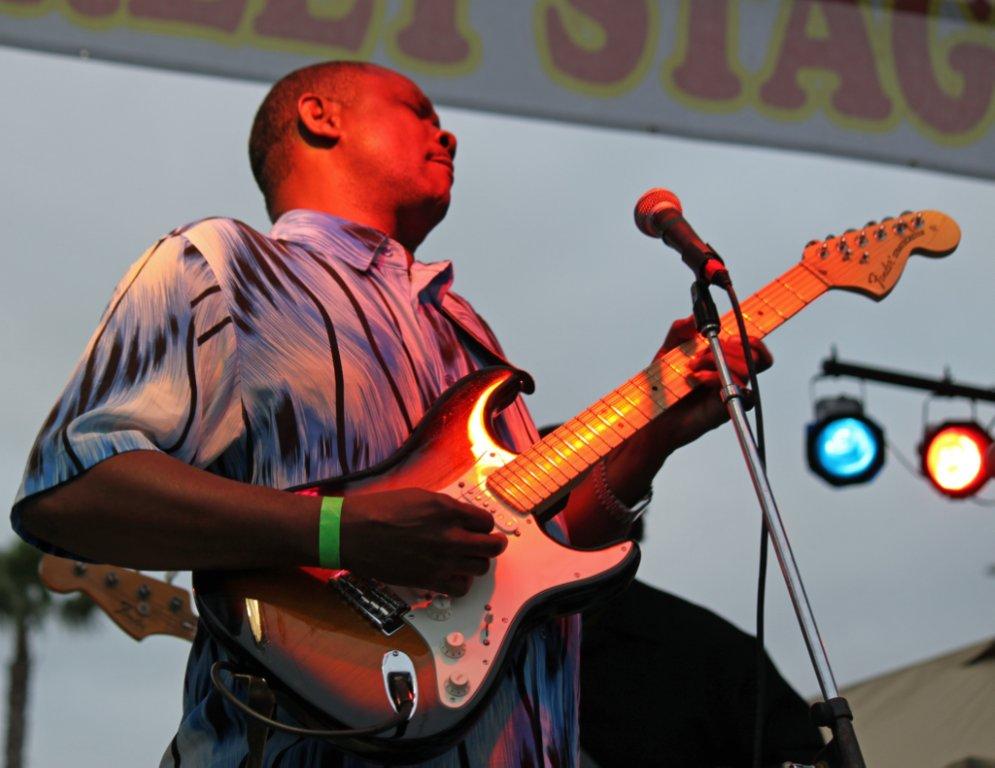 Which was the best moment of your career and which was the worst?
My best was performing at the Mississippi Delta Blues Festival. To see thousands of people scream and clap for me./ My worst was in Atlanta Ga., when I was almost electrocuted to death, by holding my guitar with one hand and I grabbed the microphone with my other hand. The current had me and I couldn’t let go. While falling my foot kicked the cord out of the microphone, and stopped the current.

What experiences in your life make you a GOOD bluesman?
I've played with so many different people in the Blues arena. So many styles, tempos, rhythms, breaks, etc. I was a good follower, which today makes me a good leader. I've learned the do's and don'ts about performing in front of a audience. I've played over 40 yrs.

Some music styles can be fads but the blues & New Orleans music is always with us.  Why do think that is?
Blues music has been the foundation of American Music. The Blues don't change. It's been tested, and remains true to what it does. The music makes you FEEL GOOD! The same goes with New Orleans Jazz. (Which is modified Blues) Just NO ELECTRICTY !!! 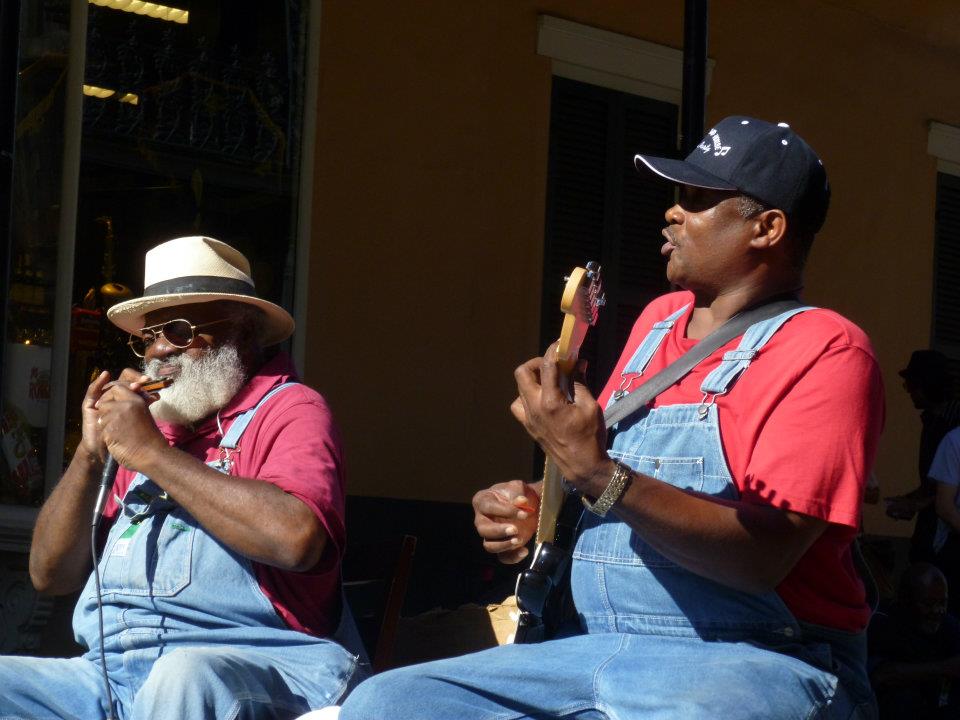 Of all the people you’ve meeting with, who do you admire the most?
There are two..... BB King and Albert King

From whom have you have learned the most secrets about the music?
I've learned a lot from Jimmy Reed, BB King, Muddy Waters, and Elmore James......

Are there any memories from Grandpa Elliott, which you’d like to share with us?
Grandpa Elliott and I were a partnership for 13 yrs. We would meet up every morning in the French Quarter, have breakfast, and start playing music at 11:00am  We would play music off & on for many hrs. Before calling it quits until the next day. 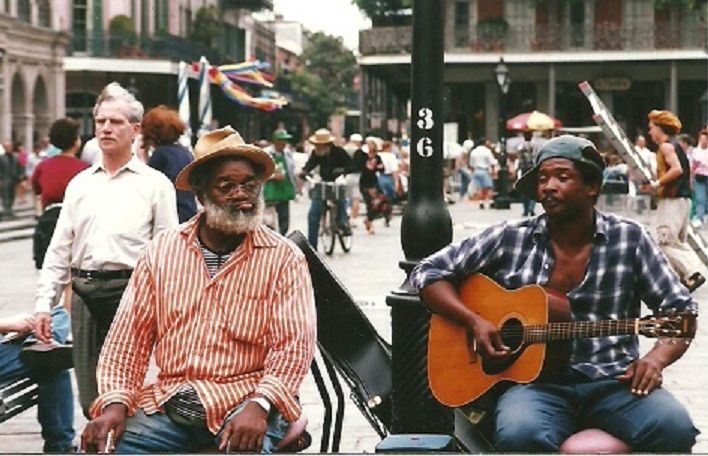 What is the “think” you miss most from Chicago of 80s?
Playing with Buddy Guy at the Checkerboard. I really miss playing at JEWTOWN every Sunday morning on Maxwell Street. I miss my old band members. In those years, I got a chance to perform with a lot of different Blues performers. It made me better!!

Do you remember anything fanny or interesting from The Kingston Mines, Lee’s Unleaded Blues, B.L.U.E.S., Momma Roseas and Wise Fools?
The Kingston Mines was like a second home for me. Not only was I in the Kingston Mines All-Stars Band, my band played there behind other well known artist.. Momma Rosa's was the home of my friend Homesick James. Years later, we wound up playing a club called Blind Willies in Atlanta Ga. Lee's Unleaded Blues was my first steady gig.

Are there any memories from Mississippi, which you’d like to share with us?
I left my wife and family in September 1986 in Chicago. I took a Greyhound bus to Greenville Miss.  I had been there twice but didn’t know anybody. All I knew was they liked the Blues. I'd never had the Blues so bad in my life. The people there embraced me, and helped me survive. I was their new Blues Hero. Performing in the juke-joints, and do-drop-ins. It was Blues in the RAW for me, and I loved it!!!! 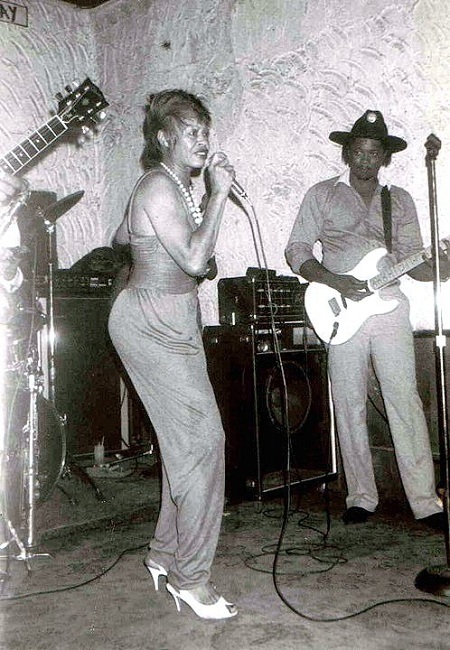 Junior Wells, James Cotton, Koko Taylor, Johnny Dollar, Lefty Dizz, Johnny Littlejohn, Lavelle White, Lovie Lee, Buddy Guy, is there any memories, which you’d like to share with us?
Jr. Wells was the coolest Blues Man in Chicago to me. James Cotton would get a drink and then blow his ass off. Koko Taylor was the Queen of the Blues. She always gave it her all. Johnny Dollar was a good Band Leader and friend. We drank a lot of Gin together. Lefty Dizz was a good performing alcoholic, & a good person. Johnny Littlejohn was a man that believed in me. I respected him, and we traveled to many gigs. Lavelle White still is a great lady, who knows how to deliver the Blues. Lovie Lee played piano and sang the Blues from his heart. He was like a father figure. Buddy Guy likes to laugh. (me too) at his club The Checkerboard , I was always welcome there.

What advice father your Lil' Howling Wolf given to you, which memory from Lil Howling Wolf makes you smile?
My dad said" play the Blues from your heart "... My father has a heart of GOLD. He is liked by many people. I smile when I think about the jive talk he tells people. He makes rhymes like a rapper, but 100% old school. (It's funny)

You have been traveling all around the US. What are your conclusions?
The music stays the same.... people change!! A lot of people like the Blues. Some people stereotype the music with a race of people. (Their option) Different parts of this country simply love the Blues because it was music that they grew up listening to. I don't have a conclusion, because I'm not through traveling... There are still many places that want to go to here in the USA... 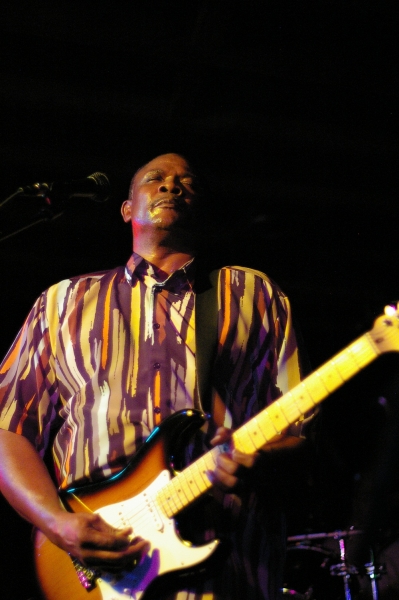 How would you describe your contact to people when you are on stage?
I present myself as a down-to-earth real person. I don't talk to people trying to impress them. I'm humble and honest in a funny way. It's OK for me to laugh at myself. I think that people believe me when I'm talking to them. I let them know that I am there for THEM!

What advice would you give to aspiring musicians thinking of pursuing a career in the craft?
Go at it like your life depends on it! Learn all you can. Keep an open mind. Stay teachable. I followed my heart, and it worked out for me. I'm not rich, but I am happy with the way my life has turned out.

What does the BLUES mean to you & what does offered you?
I am an ambassador of the Blues. I live the Blues, sing the Blues, play the Blues, support the Blues, and listen to the Blues. (All stages) The Blues supports me and my family. …(Also the other band members)… (My friends) 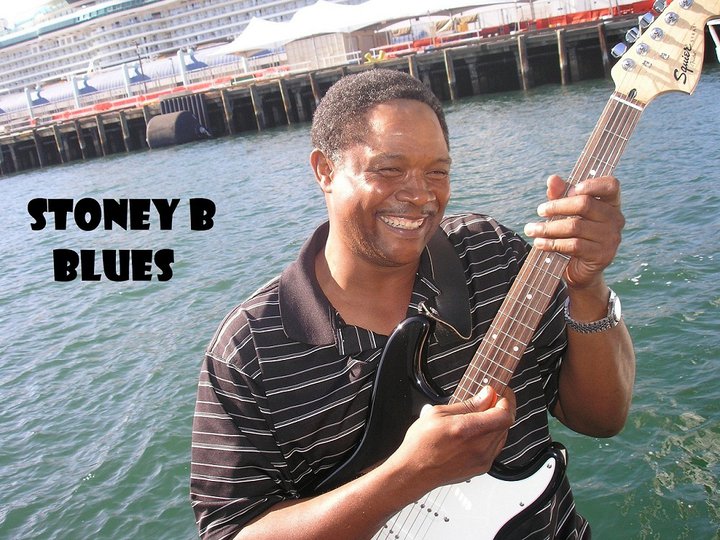