An Interview with Alan Shacklock of Babe Ruth, a marvelous guitarist who left his sign in rock music

"Listening, believing you’re never the best but may make a difference in someone’s life."

Alan Shacklock: The Lord of the Guitar

Alan Shacklock is an English musician, composer, arranger and recording producer who currently lives and works in Nashville, Tennessee. His song "The Mexican" is an anthem of rock culture. Alan Shacklock was born in London and began playing guitar as a child, first playing with the band The Juniors with Mick Taylor and Jethro Tull bassist John Glascock and then with Chris Farlowe's Thunderbirds. He later completed classical guitar and lute studies at the Royal Academy of Music in London, graduating with a master's degree in music. 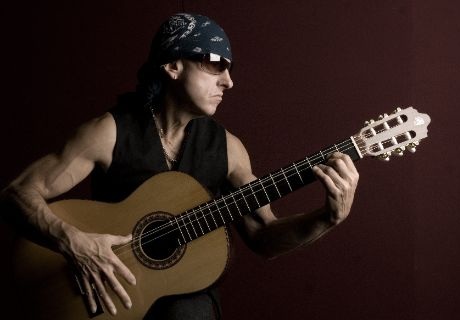 In 1969 Shacklock played in a band called The Gods, and in 1971 formed the British band Babe Ruth. He worked as the band's songwriter and producer from 1971–75, and then left the band to work as a solo songwriter and record producer. He has received three nominations for Grammy awards and has produced a number of silver, gold and platinum recordings for artists including Mike Oldfield, Bonnie Tyler, Jeff Beck, Meat Loaf, The Alarm, Roger Daltrey, and Sir Andrew Lloyd-Webber.

Shacklock has also produced music for films including Quicksilver, Doc Hollywood and Buddy's Song. He composed original scores for the BBC/PBS wildlife documentaries Puffins and One Man's Island for The Natural World. The scores were performed by the London Symphony and Royal Philharmonic Orchestras, and premiered at the Royal Festival Hall in London. In 1994 Shacklock also composed the original score for the FIFA World Cup. With Sir George Martin, he was a founder of the British Record Producers Guild.

What first attracted you to the Blues?

What does the BLUES means to you?

Which was best moment of your career and which was the worst? 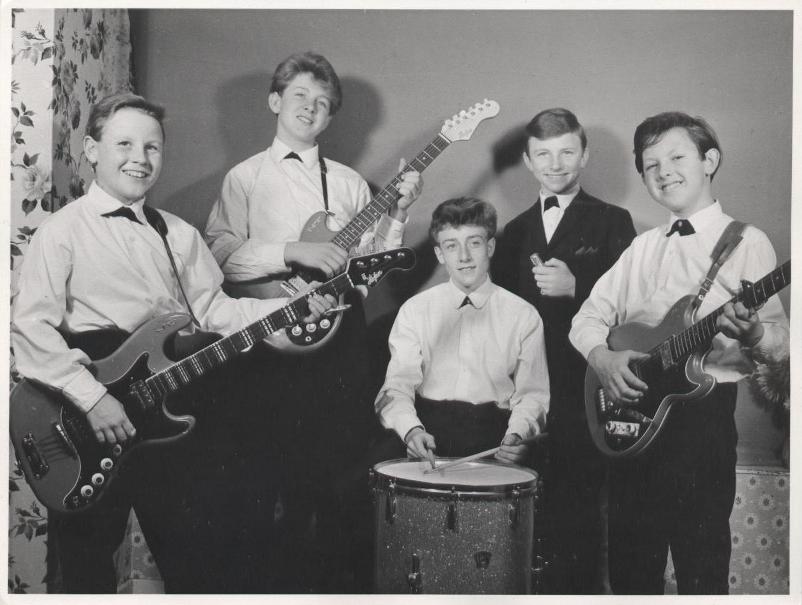 The Juniors, who have started as The Strangers (name from a tune of Shadows)

Tell me a few things about the story of “Juniors” and how that came about?

John Glascock (The Gods, Chicken Shack, Toe Fat, Carmen  Jethro Tull) was a friend, outside of music just kids playing around the age of 10 and 11 years old, introduced me to his elder brother Brian (Motels, Gods, Toe Fat) and we had common interests in Archery, (Robin Hood) Music, The Shadows, Buddy Holly, Eddie Cochran, Elvis, etc. John informed me that he and his brother had Bass & Drums for Christmas, I had a broadway guitar and home made custom amp (5 watt) we started to practice Shadows / Ventures / Duane Eddy stuff , with some Joe Brown etc instrumental mainly. My mother knew Mick Taylor’s Mother from work and introduced us. Mick was reluctant at first but had great gear Hofner Guitars, Watkins Westminster amp, so he automatically got a place in the band as rhythm guitarist. I showed a few more chords than the 2 he knew and we were a band named “The Strangers” (named after a Shadows “b” side we used to play). We already started to play as an instrumental  group and through various outside influences Malcolm Collins (a school friend of Mick’s) showed up at my door and pretty much told us he was the man for the vocal chair, and seemed to have what it took to deliver so .. a whole new repertoire had to be developed. Comprising of UK pop some US stuff Cliff (now Sir) etc. “The Juniors” name was thrust on us by Edward White and Lew Hart Managers. They knew our local music shop owner told he knew someone who knew someone at EMI records and we did an audition and got a deal to make a single, “There’s a Pretty Girl” / "Pocket Size" written by Roger Webb. We hired Beatles Publicity Manager Brian Sommerville, who with the management was probably responsible for the one of the biggest concerts we did “NME Jazz Poll Winners” 1964 at Wembley Arena with Manfred Mann.

What are your experiences with THE GODS?

They were my friends - had some good material with Ken (Hensley) later of Uriah Heep.

Practice!... Listening, believing you’re never the best but may make a difference in someone’s life "...if I made some folks happy with my music then I’m happy"

What is the “feeling” you miss most nowadays from the ‘70s?

Hmm, this is interesting one. Probably the making of “First Base” and “Amar Caballero” at Abbey Road, you can’t recapture those moments - magical.

Why did he think that Alan Shacklock continued to generate such a devoted following?

Ah - In all modesty I really didn’t know I had one?... But if I made some folks happy with my music then I’m happy.

Tell me about the beginning of Babe Ruth. How did you choose the name and where did it start?

Babe Ruth was “Shacklock” originally modesty forbad me carrying that name when Jenny (Janita Haan) Joined. Again, it was manager Dave Crowe (Anglo American) who thought of the name Babe Ruth. “Shacklock” was a result of my composition experiments. I formed what I could of my favourite musicians, Dave Punshon - Keys, Dave Hewitt -Bass, and Dick Powell on drums, all from very diverse backgrounds and we `tried to fuse a direction. I had a concept, which again was 50/50% Instrumental and vocal. I was doing the vocals at the time - simply because they were my songs. No disrespect but Dick (Powell) was a big fan of Clive Bunker (Jethro Tull) and facilitated technically but was a little frustrated when I insisted he didn’t detract from the groove, and keep a constant beat (no fills), (easier later for our very own Ed Spevock a natural groove drummer)  Dave (Hewitt) was ostensibly rooted in “The Blues” stylistically and added a beautiful but simple “McVie” style foundation, and Dave (Punshon) was really a Jazz Player, and he and I would run crazy modal lines over the Rhythm and that was it really. 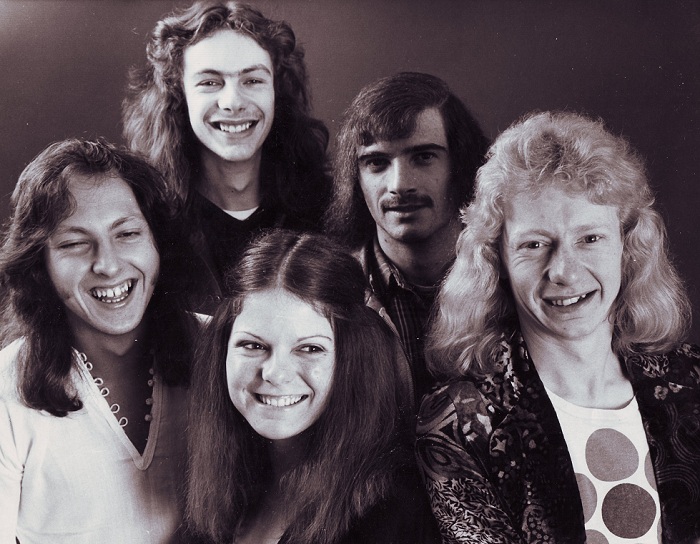 "Babe Ruth are still very much together! as a band and as lifelong friends."

Some I can - Not to embarrass her, But there was one particular Canadian TV special where we were doing “Black Dog” (Jesse Winchester) and Jen (janita) had a sort of Dracular style hooded cape on the director at the rehearsal suggested after the first dramatic moody verse and at first “Band Hit” she takes off the cape swings it around and throws it into the abyss, well.. she got confused being on the hydrolic riser (must have been the altitude-ha!) but she swung and threw her microphone instead - lucky it was just the rehearsal and the mic didn’t kill anyone!

What is the “feeling” you miss most nowadays of Babe Ruth?

Babe Ruth are still very much together! as a band and as lifelong friends. We have made a relatively new album “Que Pasa” this Millennium . This was a result of a fabulous reunion in 2002 at Brixton Academy, and closing out the 10th Anniversary of the international B-Boy (breakdancing) awards. And we played at the Cisco Blues Festival in Canada 2010. I am honoured and celebrate every time we get to make music together.

What are some of the memorable stories from Babes Ruth you've had?

Well - we all survived a near fatal car crash on the M1 (UK) and ironically this is the band that is together today, Ed Spevock, Dave Punshon, Janita, Dave Hewitt and myself.

How came the idea for the legendary Babe Ruth’s tunes from “Spaghetti westerns”? 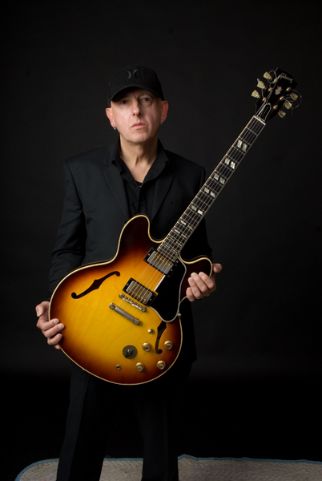 I was a big fan (still am!) of old western movies and a lot of the influence lyrically and musically came from that base. Elmer Bernstein, Ennio Morricone etc. Also I am a lover of the music of Spain and the South Americas, so with my classical background I tried to throw all this in the pot and see what came out!

How did you first meet Jeff Beck?

He phoned me at home and asked if were interested in producing an album for him .

How did you first meet Sir George Henry Martin, tell me about British Record Producers Guild?

The British producers guild, was formed in 1986. I was on the original executive committe, with Alan Parsons, Hugh Padgham, The late dear Gus Dudgeon, Robin Millar, Peter Collins etc Sir George (Martin) was really a figure head who lent his name to the guild and would show up to the annual Christmas dinner.

Do you remember any interesting from the recording hours?

All of it, every hour is unique - just grateful I could be a part.

Like any great genre, Classical / Jazz etc., they are more a feeling of expression... Blues is the fundamental to all modern music - nowadays what we lump in and term “Rock ’n’ Roll” which was a term for Sexual Intercourse! so blues must be the source of the pro-creation of the race ha!. The African Americans’ lament then wittingly stolen - (hopefully honoured), and arguably brought back to light by white UK musicians in the 60’s Alexis Korner, Graham Bond, John Mayall, Eric Clapton, Jeff Beck, The Yardbirds, The Animals, Peter Green sorry if I left out some gaping ommisions. Like Jimmy Page.. 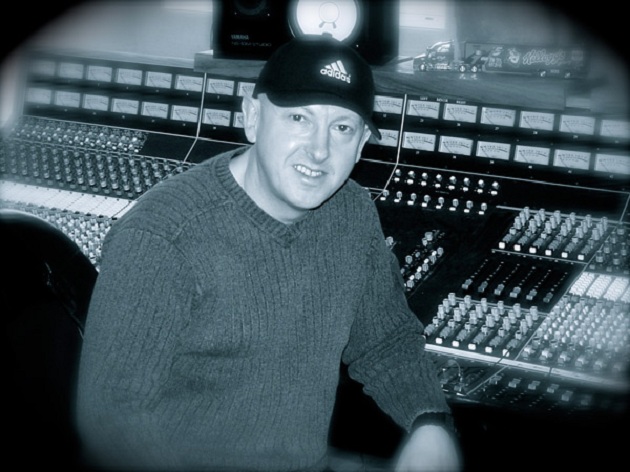