An Interview with Blooklyn bluesman Calvin B. Streets: The blues means my livelihood and my life

"The blues is a living art form that expresses the moment."

During the 1960's and 1970's, Mr. Streets grew up amongst the angst, broken glass and sharp edges of the Brooklyn streets he was named after. And the first lesson he learned on those very streets was that life is all about sharp edges and broken glass, and you have to find a soft spot every now and again. It was no place for the faint of heart. 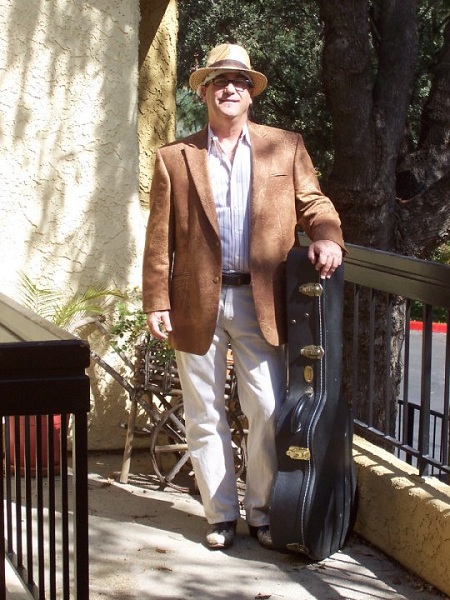 This is evident by his angry, and at the same time sensitive and emotional, no holds barred style of rockin' blues, as well as the artistry of the guitar that Mr. Streets embodies. The feelings of those sharp edges and broken glass, concrete and brick streets along with the hope and despair that is the mortar that binds is almost unparalleled in the blues genre.
His city influenced style of blues, mixed with equal parts of his childhood guitar heroes, makes his hybrid style recognizable.
His ability to write original blues and rag time tunes, as well as his flirting with jazz make him a truly unique American composer and interpreter of THE truly unique American Musical Art Form, and the seminal influence of all that came after, The Blues.
And to this he is personally dedicated. His composing ability didn't really get to what you hear today until he met Deuce Dawtas and Junior Reed, Jr. at an after hours blues jam in New York City in 1973.

When was your first desire to become involved in the blues & who were your first idols?
Initially I was introduce to the blues by  John Mayall and The Bluesbreakers in several of their incarnations including what is now referred to as The Beano Album with Eric Clapton, which really changed things for me. Not too long after I was looking for the original recordings by the original masters, including Robert Johnson, Willie Dixon and Muddy Waters. That pretty much opened the flood gates. 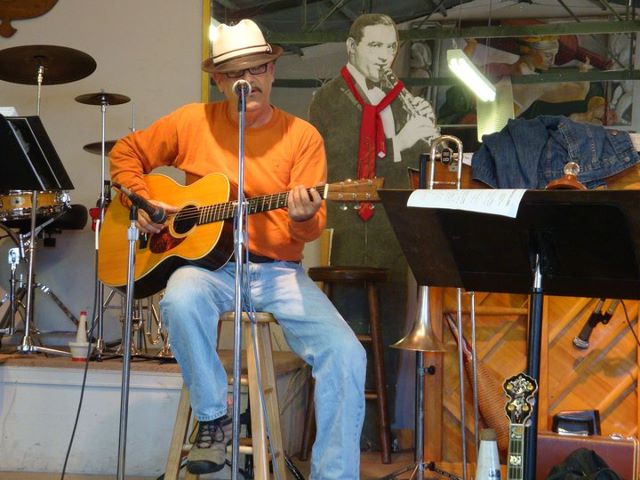 What made you fall in love with the blues music?
The pure emotion of the voice and a guitar.  The complex sounds and chord shapes fascinated me then and still do now. Blind Boy Fuller, Mance Lipscomb, Robert Johnson. That’s a lifetime of listening right there. This is not meant to be an all-inclusive list by any means, but if you’re gonna start somewhere, this is a good place.

What characterize your music philosophy?
Every day I wake up in this big round world I try to represent the blues with class, dignity and musicianship. I wouldn’t want to let anyone down.

How do you describe “The Brooklyn Bluesman‘s blues”?
The blues is a living art form that expresses the moment.  Rarely if ever will a tune be played or interpreted the same twice. That is the beauty of the blues. My first album, “He Ain’t Done With Me Yet”, has everything from Chicago and Texas blues with rockin’ and rippin’ blues guitar to delta and ragtime acoustic roots blues. My new album which is slated for release later this summer called “I’m Just Sayin’” is a volume of original and cover acoustic roots blues classics. 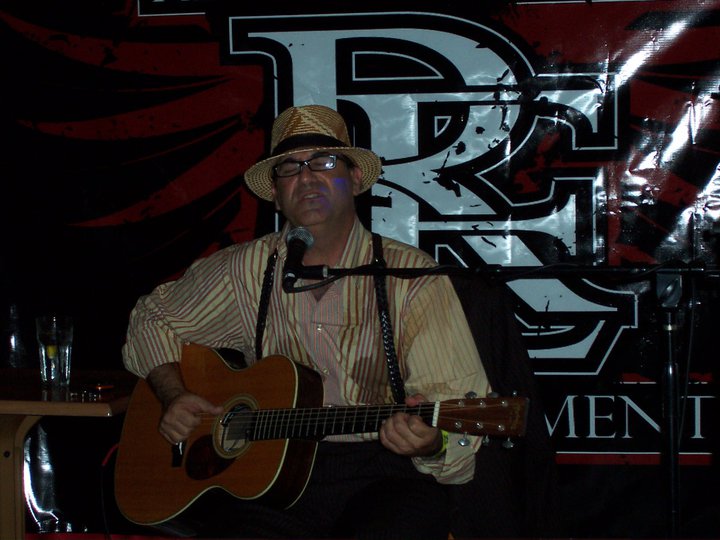 How/where do you get inspiration for your songs & who were your mentors in songwriting?
My mentors in song writing are as diverse as what I took from each one. I listened to The Beatles and The Stones, Willie Dixon and Muddy Waters, Robert Johnson and Blind Boy Fuller. I learned from the great Broadway writer of hit plays and so many hit songs Marshall Barer. My inspiration comes from everyday life and usually an idea will come to me and I have a finished tune when the smoke clears. They always need fine tuning and then I will think about the voicings and maybe some production notes so I don’t forget. A very important point is to come to a session, practice or recording, with a complete well thought out tune and no hesitation on your part as you let the session guys know what you want them to play. Then you have to let them run with it. 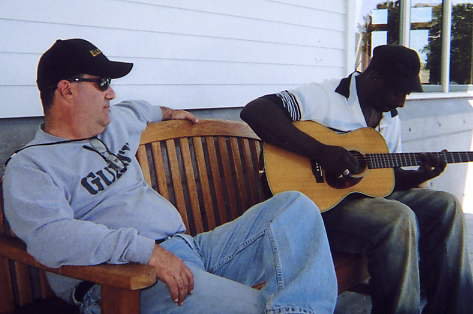 What does the BLUES mean to you & what does Blues offered you?
The blues means my livelihood and my life. It’s what I do as a career. It’s how I express things that words alone won’t say and hopefully in a relatable way that others get. It is also a way to hold up a mirror to society to let the powers that be know that we see what’s going on…Like in my single “ Change Is A’Comin’” which is done in the 1960’s Bob Dylan protest song style.

What experiences in your life make you a GOOD bluesman and songwriter?
Living life and experiencing the good, the bad and the ugly…maybe being a little of each of those. As a bluesman, a lived life with some years behind you makes you believable, gives you credibility, let’s you show off your scars, emotional and otherwise...

Are there any memories from Deuce Dawtas and Junior Reed, Jr, which you’d like to share with us?
I’m gonna give you an exclusive right here, something I’ve never said before. When I was making my first album, sometimes musicians, for whatever reason, didn’t show up to the sessions. Most did. So on a lot of the tunes, I not only wrote them and sing them, but I also play all the instruments on them.  And I just made up those names for a goof and put it on the credits. Duece and Junior are me 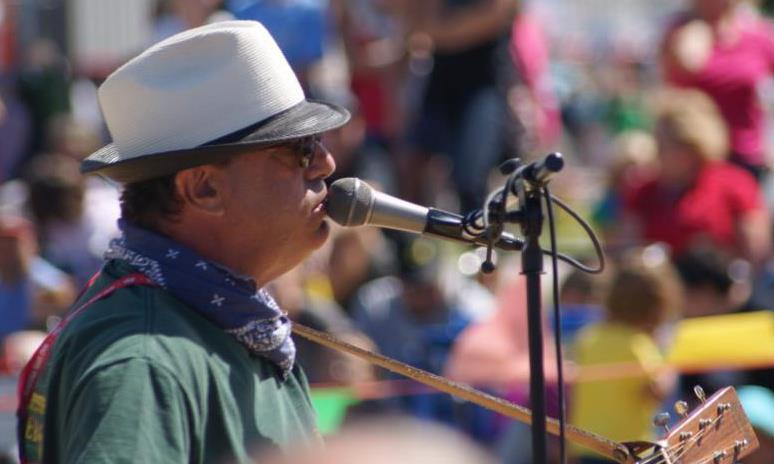 Which memory from New York’s streets of 70s makes you smile?
Wow, my great childhood growing up at an exciting time in history.  It makes my head swim to think of it all.I saw Mickey Mantle and Bullet Bob Hayes play in Yankee Stadium. Stickball in the schoolyard and snow up to my hips. Egg creams and pizza and Greenwich Village and Times Square and hanging with my friends in Manhattan all night long.

From whom have you have learned the most secrets about the blues music?
Well, besides the masters from their recordings, and a rich life lived, and 2 standout mentors and friends of mine that are no longer with us, Louisiana Red and John Cephas. 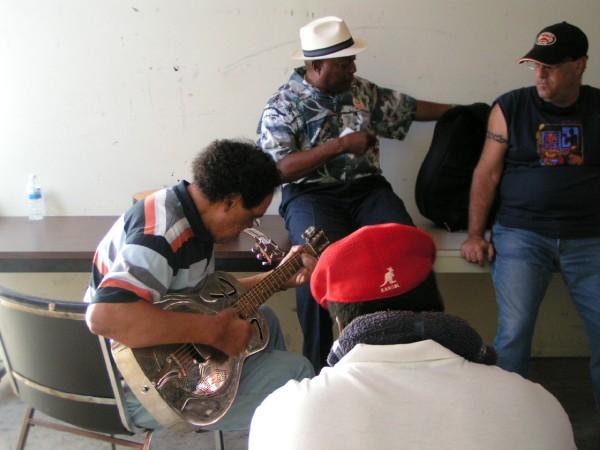 What do you think is the main characteristic of you personality that made you a bluesman?
The main characteristic I can think of is the fact that this is just what I do. I love to practice, write, change strings, go to blues shows, jam and perform. To me this is not tedious. It a reward and a blessing that I get to do this. I thank God every day and I do not take it lightly.

Some music styles can be fads but the blues is always with us.  Why do think that is? Give one wish for the BLUES
Because the blues is real. It is everyone’s life told in different styles, but all recognizable as the blues. Haunting melodies and bravado, celebrations and devastations are all in the blues. From birth to death. It is real life.

Tell me a few things about your meet with Spencer Davis. Would you mind telling me your most vivid memory of him
Mr. Davis is first and foremost a gentlemen and a great family man. I respect and admire him in too many ways to put here. He is a working class musician with hits that will be around for the rest of civilization and associated with a particular time period, the 1960’s. His graciousness to invite me into his home to collaborate on “Blue Ox Blues” from my first album could never be repaid. I met him for the first time when I was 12 in 1969. He knew my parents and that is how we met. That is the cliff note version. 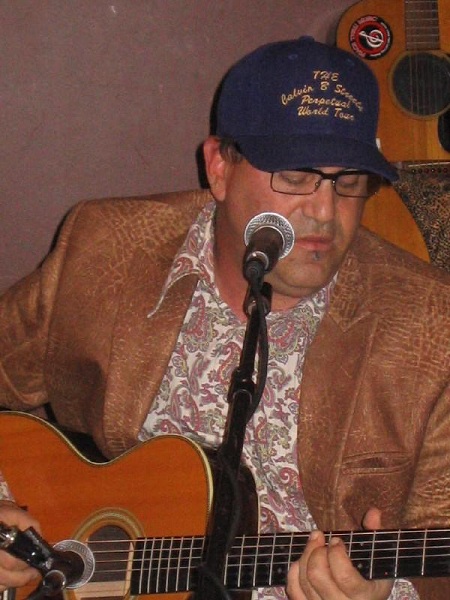 What advice would you give to aspiring musicians thinking of pursuing a career in the craft?
First and foremost, get your chops together and don’t take shortcuts.  If you are at a jam session, and the band leader says let’s do a 1-4-5 shuffle in A, you better know every permutation of that progression. Also, I would learn chords and learn to at least read a chord chart, if not become fluent in reading music.

How has the music business changed over the years since you first started in music?
When I started in music in the late 1970’s if you wanted to make a record, you needed to be signed and get a budget that would feed a small country and sign a contract that may keep you tied to that label forever.  Now you can get some great home studio equipment and pro tolls and release some music on your own label. But one thing hasn’t changed. You need to be prepared, on time and ready to kick ass, no matter what that takes. A blues audience may know a tune better then you so you better get ready to get ready every time.

What do you learn about yourself from the blues music?
Well, to put it bluntly….”is you is or is you ain’t?” I can’t say it any better.

Calvin B. Streets - The Brooklyn Bluesman 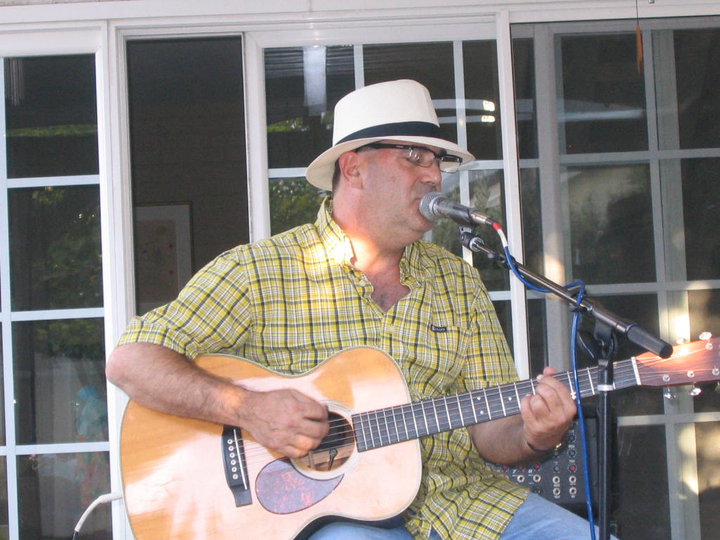