Interview with Canadian Chris Antonik, one from the best new artists with moral code in the blues world

"I think the key distinction these days needs to be made between traditional and contemporary blues."

Chris Antonik: Talkin with the Blues

In 2010, Canadian blues guitarist, singer and songwriter Chris Antonik arrived onto the National and International blues scene with his self-titled debut album which received widespread critical acclaim, placed in the Roots Music Report Top 100 charts for over a year, and garnered Antonik a nomination for Best New Artist of the Year at Canada’s national Maple Blues Awards.  After extensive touring and major blues festival, Chris now returns with his highly anticipated follow-up new album “Better For You”. 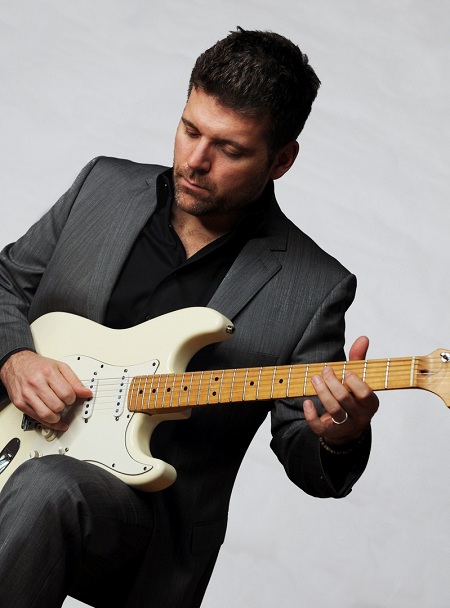 The new release is a highly personal and reflective album for Antonik, dealing with rebuilding relationships, learning to put others first, and developing a positive moral code in a world full of blues. With Antonik on the majority of lead vocals, guest vocalists include: Mike Mattison (Derek Trucks Band, Tedeschi-Trucks Band), Shakura S’Aida, and the incredibly soulful Josh Williams (The Fat Cats), who also features on keyboards throughout the album.  The electrifying and eternally funky Chris Chiarelli (drums) and Andrew Taylor (bass) once again hold down the rhythm section.  Other guest artists include: Steve Marriner (MonkeyJunk) and Julian Fauth, as well as Canadian music veterans Suzie Vinnick, and Richard Underhill, who arranged all the horns on the album.

​Co-produced by Antonik and Ted Onyszczak, the album was recorded by Grammy award-winning engineer Jeremy Darby (U2, Mick Jagger, Colin Linden) at Toronto’s Canterbury Studios, and includes 10 original songs written and co-written by Antonik, and one cover song.

In my late teens I started with classic rock. I traced back to the blues through acts like Jimi Hendrix, Led Zeppelin, Clapton, etc.  Throuh these acts, I discovered Muddy Waters, Buddy Guy, Albert King, BB King, Robert Johnson and just kept going from there.  I have been playing blues guitar in mostly cover bands since I was about 19.  It wasn’t until my early 30’s that I started writing my own material and recording seriously (I am 37 now).

Blues is a language to me, a way of communicating and expressing myself.  It’s the art form that allows me to do that.

What experiences in life make you a good musician and songwriter?

Relationships, being a parent, travelling, and anything that works.  There have to be stories to tell and experiences to draw from. 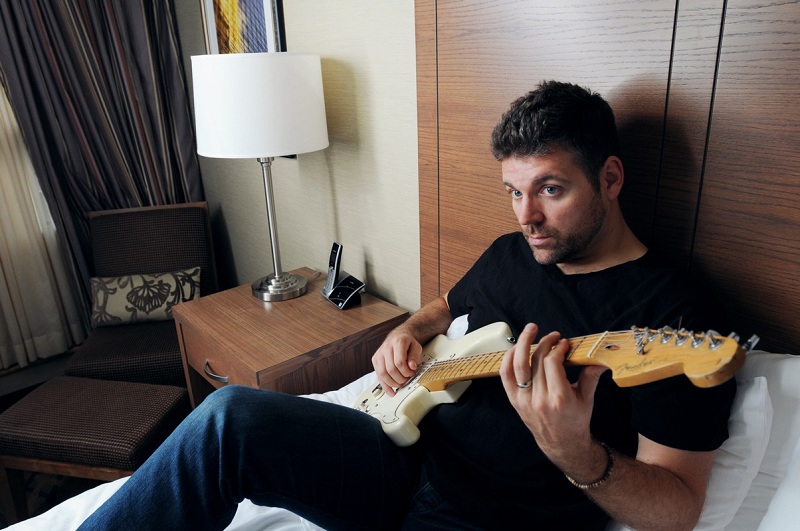 Musically, ideas just sort of happen. I capture them and hold onto them for months as they emerge, usually by recording the basic riff idea or progression with an acoustic guitar. I usually incubate ideas for months, sometimes a year.  Rarely do I finish a song on one sitting. I also co-write alot with other people. My songwriting mentors would include people like Bob Dylan, Neil Young, JJ Cale, Robbie Robertson, Doyle Bramhall, Derek Trucks/Susan Tedeschi, and my own co-writers – Ben Fisher, Henry Lees, Heather Hill, Paul Olsen, etc. I have a songwriting book by Pat Pattison of the Berklee College of Music that I Iike to re-read.

How do you describe Chris Antonik sound and progress, what characterize your music philosophy?

I would say contemporary blues-rock with a focus on songwriting.  I am very disciplined, I practice alot and and always working on my craft, whether thats guitar playing, writing, singing or being a better live performer.  At the end of the day, you can always be better at what you do. I know I am young and I have a long time to play blues, yet you only live once.  I am pushing myself pretty hard these days.

I would say it has been more practical advice than anything particularly mystical or philisophical. Many generous people here in the Toronto blues community have provided some good advice. For example, it was a harmonica player here in Toronto named Mark Stafford that pushed me to sing. I used to just play guitar. I have also learned alot of practical things about being a front-man and a «name» to tour under – for example, not getting caught in a corner because your main touring band has a conflict (it happens). Be ready to hire plaers in different regions of the country that have your material and are ready to go. This seems like common sense but I have only started realizing it since I have started to tour more expansively. 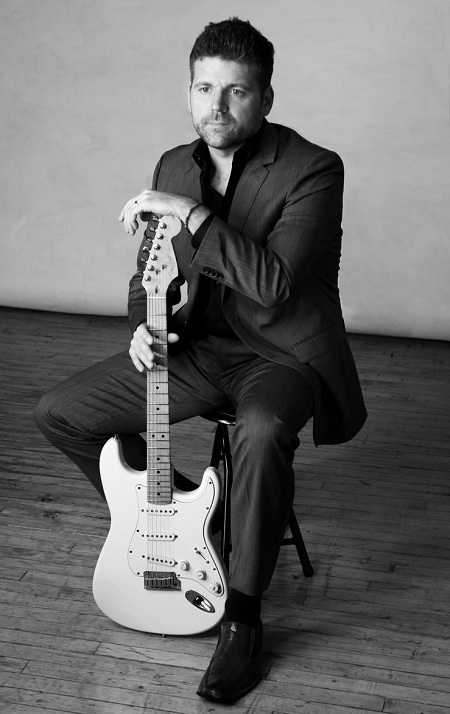 I would think I still have many best and worst moments to come.  I am still relatively new to the game.  My new album «Better For You» is the best moment for me so far.

Work hard and practice.  But be realistic – know our strengths and weaknesses.  If you’re a guitarist, focus on songwriting and have your own material. There’s no more room for Hendrix or Stevie Ray Vaughan wannabees. Thats been done. And dont be a macho guitarist. That’s so cliche. Be sensitive and write about anything. Know when to have your artist hat on and when to have your business hat on. They are two separate worlds but you need to do them both well, especialy if you’re an independent.

Yes, while recording this album, the engineer had some copies of the mixes from some classic albums, such as Led Zeppelin I and Sgt. Peppers. They were not the original tapes, but some versions thereof. Apparently these things circulate in certain recording circles. We got to re-mix a few songs for fun. That was great!

It’s hard to say.  Last year, I got to play a festival with Tinsley Ellis, which was cool.  I haven’t been at this long believe it or not.  In that sense, I hope there are more memorable ones to come.

I think that’s because blues is more a fundamental feeling than just a form of music. It’s an energy supply that you tap into. Some people just have a technical ability to feed into the supply. For the blues, I wish it could have just a bit more commercial critical mass.  I mean, the industry does self-sustain now with festivals, radio, etc. but it could always use more.

I have only recently started to realize that long-term success and sustainability in this business will result from connection to an audience and a solid live show. I didn’t used to think that way.  So I have been working on how to be a more effective front-man and bandleader.  You need to give the audience a good time and create moments for them, without sacrificing your art. 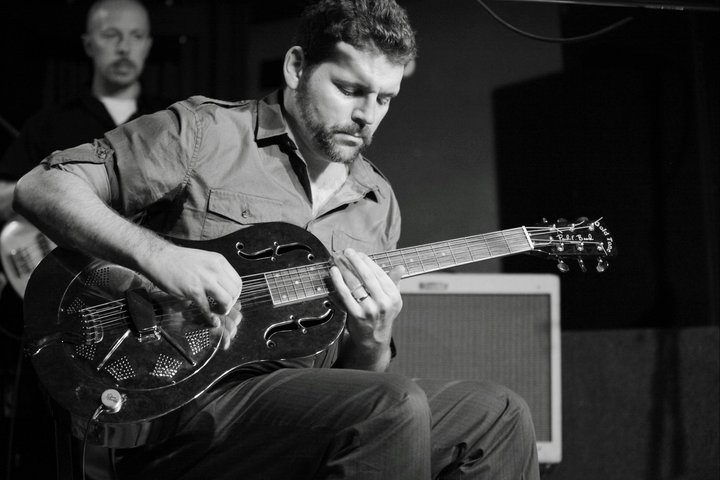 I do think that the term is thrown around quite liberally when certain festivals are promoting themselves, but I guess the same could be said for “folk” music. I think the key distinction these days needs to be made between traditional and contemporary blues.  I also prefer to think in terms of “sub-genres” of blues, of which my new album has several.

Make an account for the case of Canadian Blues. What characterize the sound of local blues?

As a large country, Canada has many different regions full of blues artists, with varying sounds. I do think there is somewhat of a renaissance going on and there are so many talented artists working in a range of blues styles.

From the music point of view what are the differences and similarities between the local and US Blues scene? What's been their experience from the New Canadian Blues scene?

I’m kind of learning about that as I go along, so I’m not sure.  I do know that US radio stations tend to play a lot of Canadian artists (including myself) and there is a general recognition that there I something in the water up north. The music is strong.

Books – a few books by Hermann Hesse and a few books on Buddhism. Music - an album each by Muddy Waters and Buddy Guy, plus the Derek & the Dominos “Layla” album.  For my son, when he was born, I bought him three vinyl albums to check out when he gets older: Hendrix’s “Electric Ladyland,” the Stones’ “Exile on Main Street” and a Doug Paisley album, to give him a sense of some contemporary Canadian sounds. He can have all my blues records too one day!