An Interview with Chicagoan singer "Brother Jacob" Schulz: The next generation of Windy City Blues

"The Blues is a way of expressing yourself, it’s a feeling that everyone can understand. It’s a way of life!"

Jacob “Brother Jacob” Schulz is a young Blues Singer from Chicago, Illinois. He was introduced to the Blues, at an early age, by an elderly babysitter. When he was little, his babysitter used to play Pervis Spann “The Blues Man” on WVON-AM. By the time Jacob was 9, he was calling Spann at the station, requesting his favorite Muddy Waters and Koko Taylor tunes. 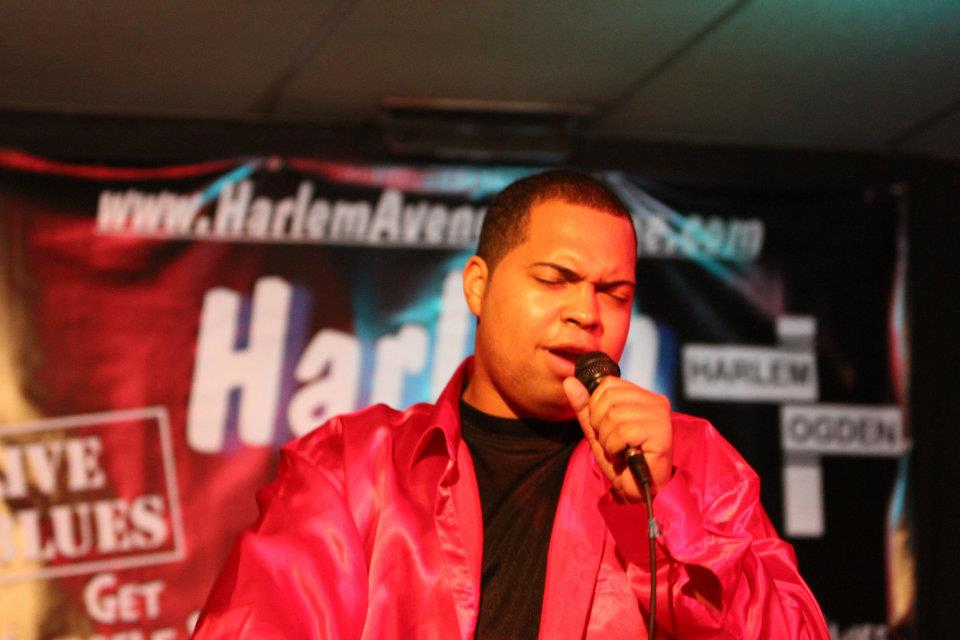 When he was 11, he met Blues Professor Caleb Dube of Depaul University. Professor Dube was so impressed by Jacob’s knowledge of the Blues that he invited Jacob to lecture to his students. It was a rare and unique sight for Depaul Students, as Jacob spoke about his experiences and the history of the Blues. On June 10, 2004, Jacob made his official debut as a Blues Singer at the Chicago Blues Festival. He appeared with the “Oscar Mayer Wieners” in affiliation with the Blues in the School Programs. Schulz has shared the stage with Blues Greats: Bobby Rush, Billy Branch and the SOB's, Deitra Farr , Nellie "Tiger" Travis, James Wheeler, Shirley Johnson, Demetria Taylor,Toronzo Cannon, Billy Flynn, Charlie Love, Killa Ray Allison, Walter Scott, Hollywood Scott, Jimmy Pryor, Harry Garner and Gary Gand.
As time progressed, he became more active in the Blues world. Sitting in at open jams and becoming acquainted with the legends he admired the most. These legends supported and encouraged him to continue singing the Blues. Jacob currently attends the University of Illinois at Chicago. When he is not in class or at home studying, he is out somewhere doing what he loves the best, singing the Blues. "Blues From Below" (2013) is Jacob’s debut recording. Jacob has assembled some of Chicago’s finest blues musicians for this recording: Toronzo Cannon (guitar), Matthew Skoller (harmonica), Dave Forte (bass), Neal O’Hara (keyboards), Chris Alexander (drums), Deitra Farr and Katherine Davis (vocals). 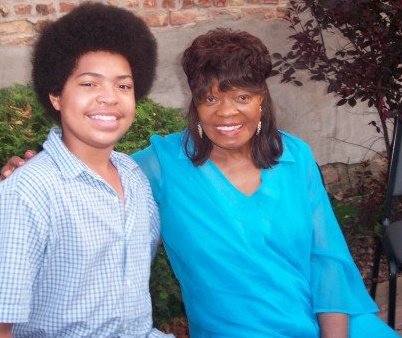 Who were your first idols & what have been some of your musical influences?
Koko Taylor (Idol & Influence), she was a very nice lady. I had the pleasure of knowing her and her family.  More influences: Muddy Waters, Howlin’ Wolf, Bobby Rush, Bobby “Blue” Bland & Jimmy Reed.

When was your first desire to become involved in the blues & what are your first musical memories?
My first desire to become involved in the Blues happened around the age of nine, I was in the third grade. My teacher announced to the class that we were going on a field trip to the “House of Blues”.  She then told us that we would be learning about Blues Music and played some popular Blues songs. She played “The Thrill Is Gone” and I immediately became excited because I recognized it. When we went to the “House of Blues” there was a House Band and they invited the kids up to see a Blues Song we had learned earlier in the day. I went up there, sang a verse of the song and I instantly felt something light up my soul. That’s when I became interested into singing Blues Music. Musical Memory: Dancing in the living room with my Godmother listening to the Blues on WVON-AM in Chicago.

What was the first gig you ever went to & what were the first songs you learned?
The first gig I went to was at a Theatre in Indiana. It was a Blues Show: B.B. King, Bobby “Blue” Bland and Koko Taylor, all in one night! My first gig that I did was at the Chicago Blues Festival. I appeared with the Oscar Mayer Wieners through the Blues in the Schools Program.  Deitra Farr was the instructor. 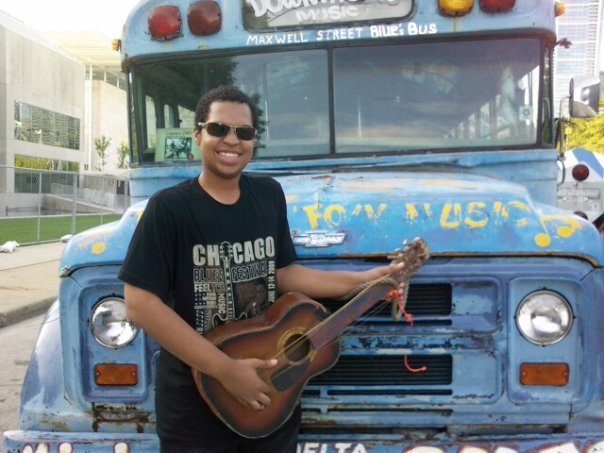 What does the BLUES mean to you? What does the BLUES offered you?
This is a very deep question, but I will try to keep it simple. The Blues is a way of expressing yourself, it’s a feeling that everyone can understand. It’s a way of life! The Blues has offered me a shoulder to lean on when I am down and out. It is a healing power.

How do you describe Brother Jacob’s sound? From whom have you have learned the most secrets about the blues?
Brother Jacob’s sound is still evolving.  I’ve learned a lot from my mentors: Zora Young and Deitra Farr. I tend to listen to a variety of Blues Artists to develop a unique style. People like Demetria Taylor and Toronzo Cannon.

What experiences in your life make you a GOOD musician, songwriter…and bluesman?
My mistakes are what make me a good Vocalist and Bluesman. When you know better, you do better. My personal life is what makes me a good songwriter (I think)….hahaha. 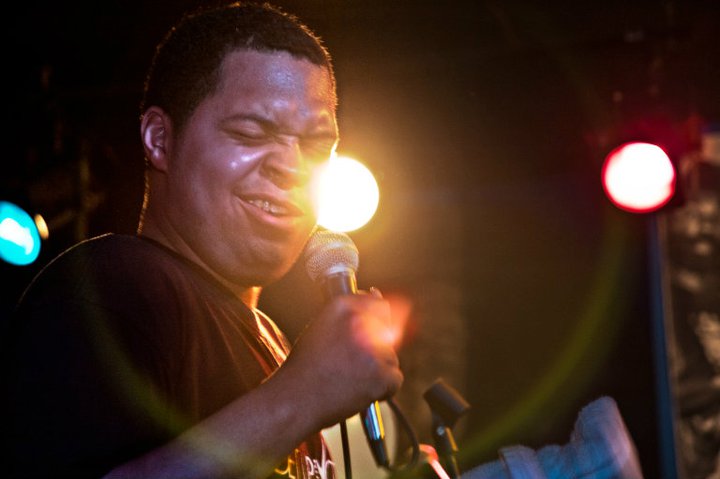 What characterize the philosophy of Jacob’s about the blues?
My philosophy of the Blues: As I previously stated, the Blues is something that you have to feel! The Blues accepts all people of every creed, color and background.

Some music styles can be fads but the Chicago blues is always with us.  Why do think that is?
Because, the “Blues is the Roots, and everything else is the fruits” (Willie Dixon). If you get rid of the roots, then you won’t have your fruits!

Which artists have you worked with & which of the people you have worked with do you consider the good friend?
I have worked with many artists: Otis Clay, Zora Young, Billy Branch, Deitra Farr, Katherine Davis, Nellie Tiger Travis, James Wheeler, Demetria Taylor, Toronzo Cannon, Killa Ray Allison, Jimmy Pryor and probably a few more.  Ms. Young, Ms. Farr and Ms. Davis are my mentors. I always go to Demetria and Toronzo for advice too! And I like working with Killa Ray because of his love for the Blues. 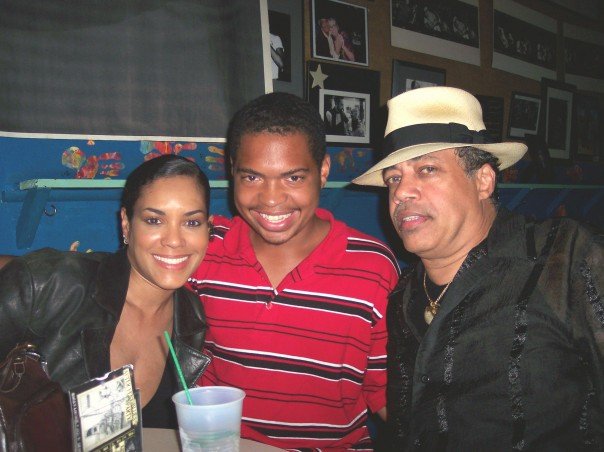 Do you have any amusing tales to tell from Deitra Farr?
Ms. Farr is going to kill me…..haha. When she was the instructor of the “Blues in the Schools” Program, she had the hardest time working with me. I had a bad case of stage fright. I remember one time during rehearsal, we were singing “Key To The Highway” and I had the second verse all by myself. I remember when it was time for me to sing, I said, “uh-uh-uh I need a glass of water Ms. Farr”. Ms. Farr was so mad!! She said “You don’t need any glass of water!” HAHAHA!! Ms. Farr and I like to joke about that!

What is the best advice a bluesman ever gave you?
It actually came from a Blues woman, (Zora Young) “Be yourself, before you be by yourself”.

Do you remember any interesting stories from the Chicago Blues Festival?
At the first Chicago Blues Festival I ever attended, I had the opportunity to meet Mrs. Marie Dixon and Koko Taylor. Marie Dixon was so nice to me and impressed at how much I knew about the Blues (at such a young age). She told me that she would introduce me to one of her best friends Koko Taylor. So... when Koko came down to the festival. Marie told her that I was one of her biggest fans. Koko looked at me and asked "What's My Name?  «I said “Koko Taylor". She said “Oh come here baby" and gave me some sugar. That's more like my favorite personal moment at the Festival. 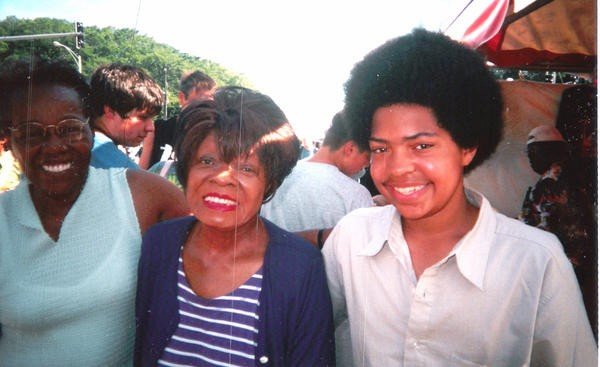 What is the think you miss most from the original blues era with Kings, Willie, Muddy & Wolf of nowadays Chicago?
Unfortunately, I was nowhere around during that time. However, from what I heard, many of these people like the Kings, Willie, Muddy and the Wolf all “lived” the Blues, which made it genuine.

Why did you think that Chicago Blues continued to generate such a devoted following?
-Because many people can still relate to the Blues! In addition to that, Chicago is the home of the Blues, so it would only make sense for us to continue to generate a following.

How do you see the future of Chicago blues music? Give one wish for the BLUES
I honestly believe that Chicago Blues Music will make a rebound! Not only is it a part of history, but it reflects on a certain way of life.  We’ve got younger people trying to carry the tradition! Blues will never die!! 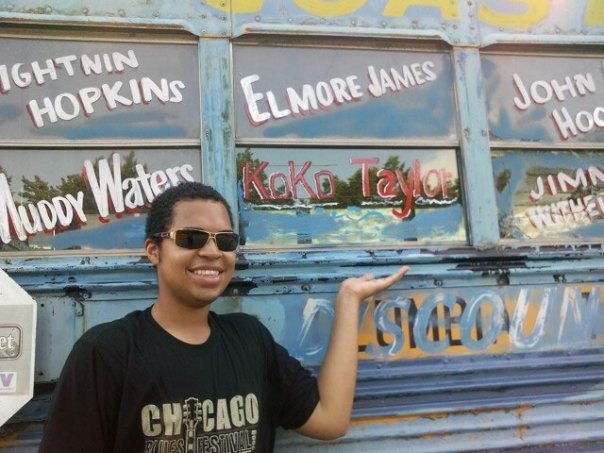