"Blues is the first sound a baby makes"

The Spin Doctors is a rock group from New York City, best known for its 1992 hit, “Two Princes”. The album Pocket Full of Kryptonite eventually went gold, and then received another boost in sales after the band’s appearance on Saturday Night Live in October 1992, ultimately selling five million copies in the United States and peaking at #3 on the Billboard top 200 album chart. The current members are Chris Barron (vocals), Eric Schenkman (guitar and vocals), Aaron Comess (drums and percussion), and Mark White (bass guitar). 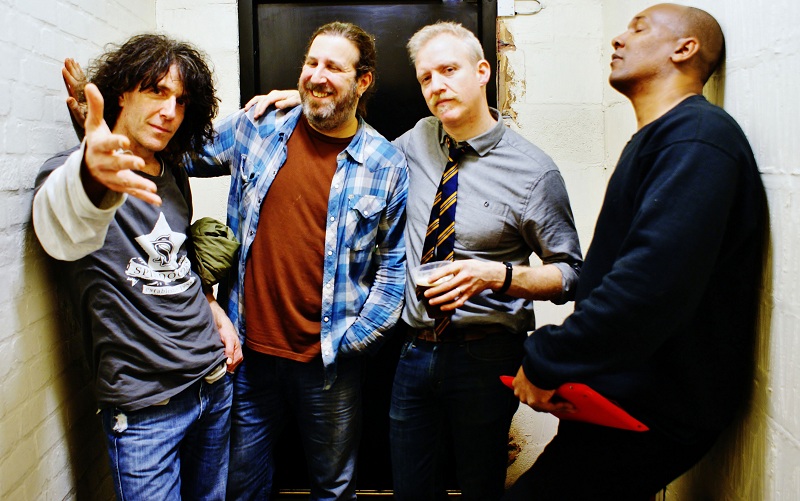 Chris, after the Spin Doctors went on hiatus in 1999, lead singer Chris Barron set off on what he calls "a journeyman songwriting experience," composing tunes with Blues Traveler's John Popper (a close high-school friend from Barron's teenage days in Princeton, NJ) and with former BMI executive Jeff Cohen. He also returned to his early roots as a solo singer/guitarist, performing acoustic sets in some of the downtown Manhattan clubs where the Spin Doctors got their start.

In addition to his work with the Spin Doctors, guitarist Eric Schenkman has built an impressive musical resume that includes work with his own groups the Chrysalids, which released the album Make A Sound in 1995; Cork (with ex-Mountain drummer Corky Laing and former Jimi Hendrix bassist Noel Redding), which released Speed of Thought in 1998; and High Plains Drifter, with the late Blues Traveler bassist Bobby Sheehan. Schenkman also participated in the all-star Symphonic Works of Jimi Hendrix album and its accompanying tour, alongside Hendrix's producer Eddie Kramer and Hendrix bandmate Billy Cox. He's also work with Jack Bruce, Roger Daltrey, Natalie Merchant, Carly Simon, and Chico Hamilton. He's also taught blues workshops for the Toronto District School Board with Ontario bluesman Jerome Godboo. Schenkman is currently performing and recording as part of the Canadian rock-folk trio the Openhearts Society.Spin Doctors new album “If The River Was Whiskey” release from Ruf Records. 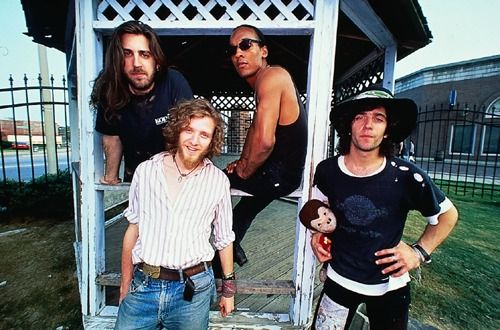 When was your first desire to become involved in the music & who were your first idols?
Chris: I've wanted to be a performer since I was very small. I liked Fred Astaire a lot as a kid.
Eric: My dad was a cellist, so I wanted to play music too. I guess he was my first idol too.

What was the first gig you ever went to & what were the first songs you learned?
Chris: The first concert I went to was John Denver in Sydney, Australia. The first tune I learned was Fleetwood Mac "I Don't Want To Know".
Rick Derringer .... Rock and Roll Hoochie Koo !

What advice would you give to aspiring musicians thinking of pursuing a career in the craft?
Chris: Work hard!

Why did you think that Spin Doctors continued to generate such a devoted following?
Chris: We we're lucky to strike some kind of universal chord with people. I don't know how we did it but I'm grateful that we did.
Eric: Great songs, tight combo, natural chemistry

Are there any memories from Spin Doctors, which you’d like to share with us?
Eric: The time we all got stuck in a tiny elevator in Madrid in between floors in the middle of the night with our large road manager...

I wonder if you could tell me a few things about your experience with Trucking Company.
Chris: I was only in the band for a couple of rehearsals. I never got to do a gig with them!
Eric: Great times hanging, writing and playing with john popper....we wrote hard to exist together in that band 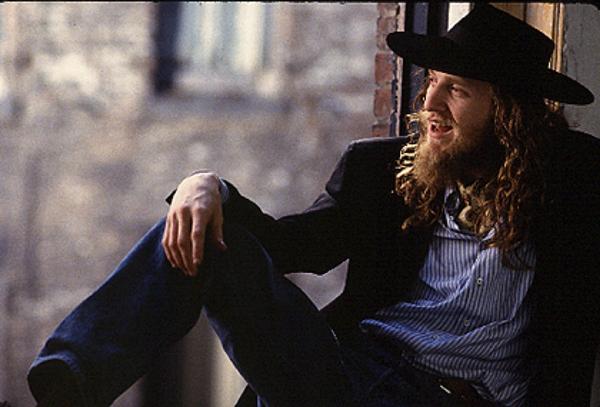 Chris, would you mind telling me your most vivid memory from John Popper?
Chris: The first time we hung out he let me drive his car and I ran over a stop sign!

Do you have any amusing tales to tell of your gigs, jams and recording time?
Eric: Yes too many...!!!

Eric, tell me a few things about “Cork” album, how that came about? What is the “think” you miss most from this project?
Corky and Noel Redding and I had a trio " cork" it was put together when Eddie k brought in  noel to record " Burning the Midnight Lamp" with Dave Abbrusezze and Doug Pinnick and I for his disc " the symphonic works of Jimi Hendrix" ..... Noel showed up with corky and that was it we've been pals since then and we took it upon ourselves to write and record two discs for viceroy records in NYC... I miss Noel.... loved playing with those two guys when they were both on... 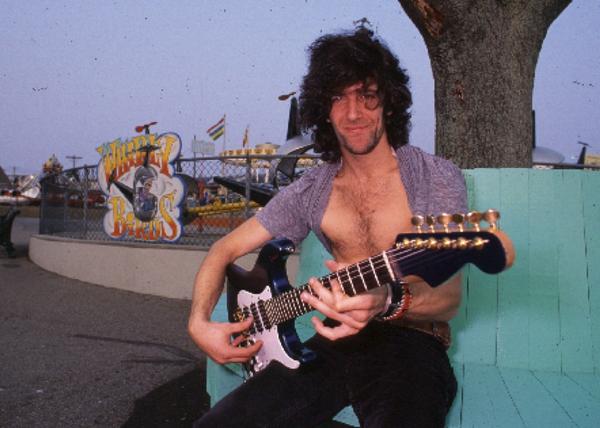 Eric, would you mind telling me your most vivid memory from Eddie Kramer?
Asking him how he recorded Hendrix, to which he responded "his roadie came in with a 4x12 and a Marshall and I put a mike on it"

Chris, how do you get inspiration for your songs & what do you think is the main characteristic of you personality that made you a songwriter?
I had a great creative writing teacher in school. I always had some talent as a writer. I lived in Australia when I was a little kid so I ended up traveling a lot when I was still impressionable and they gave me an artistic perspective.

From whom have you have learned the most secrets about the music? Of all the people you’ve meeting with, who do you admire the most?
Chris: I've learned the most from the other Spin Doctors. Playing for years with guys who are such great musicians has been super enlightening.
Eric: Chico Hamilton the great jazz drummer 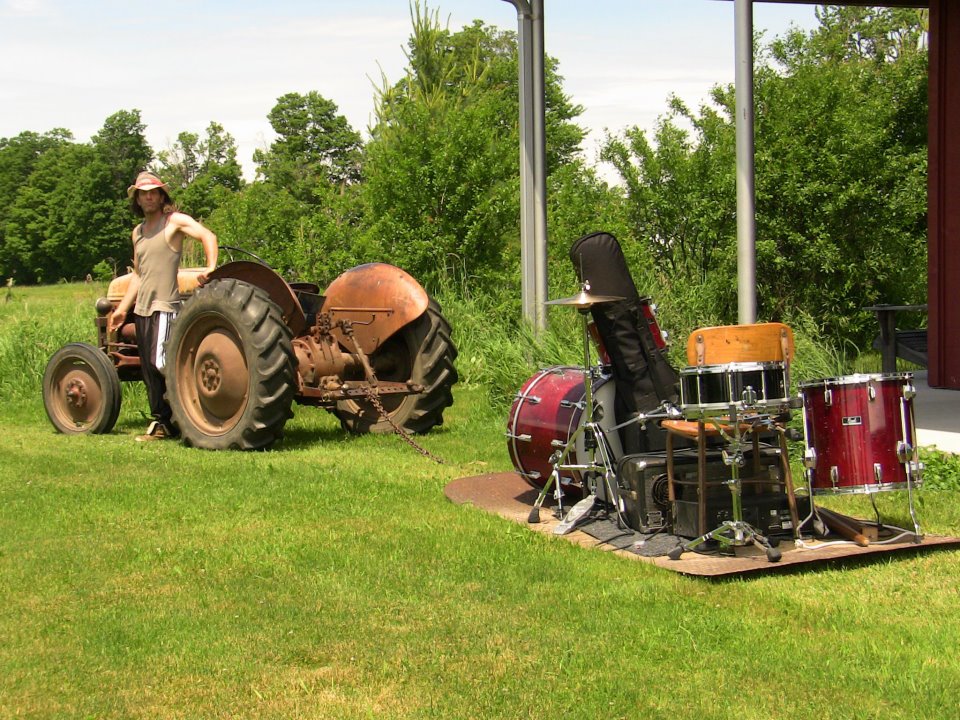 How has the blues business changed over the years since you first started in music?
Eric: Thankfully it's still there ... it's how I keep my sanity in music...

Some music styles can be fads but the blues is always with us.  Why do think that is?
Eric: Blues is the first sound a baby makes

Would you like to tell something about new album "If The River Was Whiskey"?

Which of historical personalities would you like to meet?
Chris: Oscar Wilde, Ε.Ε. Cummings, Jimmy Stewart, Odysseus, Herodotus. What advice would you give to aspiring musicians thinking of pursuing a career in the craft?
Chris: Work hard.
Eric: Learn the music that turns you on

What is your “secret” music DREAM? What turns you on? Happiness is……
Chris: To play golf all the time. (Don’t tell anyone, ok?)
Eric: …a good rock in' group

Eric, how you would spend a day with Hendrix?  What would you like to ask Leslie West?
Me and Jimi would smoke a joint and jam all night long at a club with lots of cool cats around to play with....
...... I would ask Les what corky was like when he was 18 and new to Mountain comin in with his tune “Mississippi Queen" 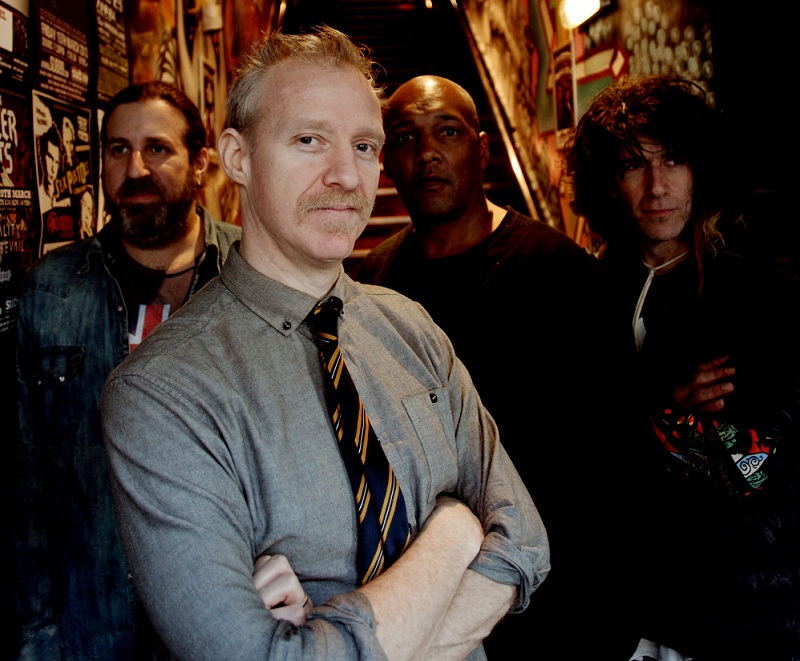