"What is missing today is the FEEL from the old days.  They don’t play Blues with a feeling anymore."

As a youth in eastern Tennessee where country & western music still prevails, Wallace Coleman was instead captivated by the sounds he heard late at night from Nashville’s WLAC….the Blues. 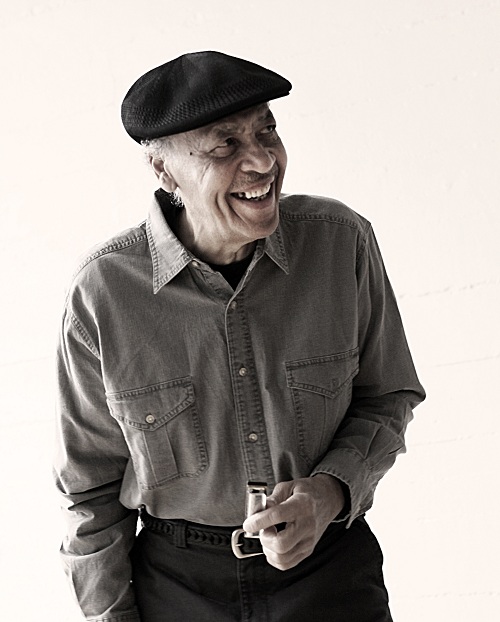 It was on WLAC that Coleman first heard those who would become Blues Legends and greatest musical influences: Little Walter, Sonny Boy Williamson, Howlin’ Wolf, Muddy Waters. Laying the guitar foundation on many of those recordings was Robert Jr. Lockwood - a man who, some 25 years in Coleman’s future, would play a role in his musical career.
Coleman left Tennessee in 1956 to find work in Cleveland, Ohio. He found steady work and, to his delight, an active Blues community where Jimmy Reed, Sonny Boy Williamson, Muddy Waters, Elmore James, B.B. King and others came to perform.
A self-taught musician, Coleman played the harmonica on his breaks at work. One day a co-worker brought his cousin to the jobsite to hear Coleman play. That meeting sparked a year-long pairing with Cleveland’s Guitar Slim at the Cascade Lounge. It was there that Coleman caught the ear of audience member Robert Jr. Lockwood. Asked by Lockwood to join his band, Coleman expressed that he first wanted to retire from his day job. Two years later, in 1987, a newly-retired Coleman did indeed contact Lockwood. That call initiated a 10 year position in Lockwood’s band. Performing and traveling in the U.S., Canada and overseas with Lockwood were Coleman’s first steps onto his own professional musical path. By 1996, bandmates formed the Wallace Coleman Band and later informed Coleman himself! In 1997, Coleman left Lockwood’s band and graduated to the post of full-time bandleader. In 2000, Coleman’s own record label, Pinto Blue Music, was established.

What first attracted you to the Blues & how has the blues music changed your life?
Hearing Little Walter play “Juke.”
It provided me with a whole new life after retirement at the age of 51.  It has taken me around the world and has put me on the stage with some of the musicians I admire most in life. 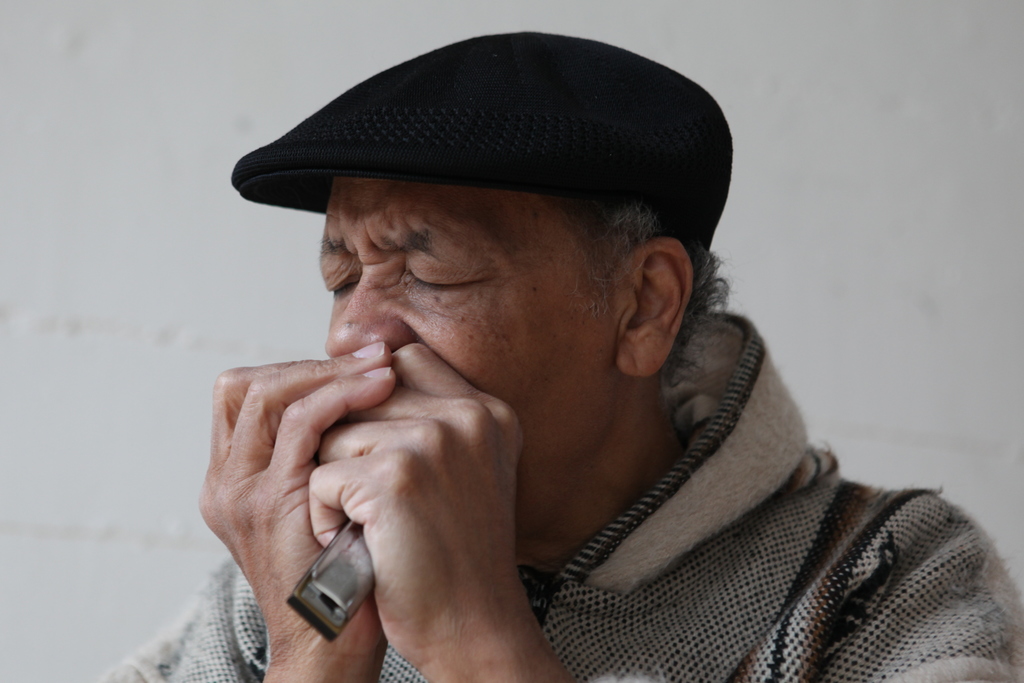 What experiences in your life make you a GOOD BLUESMAN?
The experiences that I had when I played with the great Robert Jr. Lockwood.  What I learned about the music while I was playing in his band.  Because of my love for the music, I stay true to what I believe. 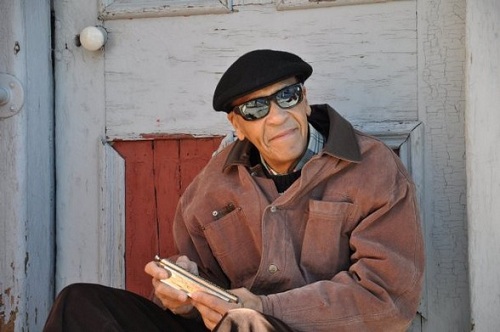 Is there any similarity between the blues today and the old days? What is the “think” you miss from the “OLD DAYS”?
Not much similarity
What is missing today is the FEEL from the old days.  They don’t play Blues with a feeling anymore.

What's been their experience from “studies” with Cleveland, Ohio, Blues community?
In the 1950’s and early 1960’s quite a few older major Blues acts came to Cleveland to perform.  And the city was much more musical in general back then.  Today, it is not like that.

What are some of the most memorable tales with Cleveland’s Guitar Slim, how do you characterize him?
Getting my start playing out with his band - one night a week while I was still working - but that started it all.
Slim is a natural out of the old school.  He is a character on stage and off.  He’s the only one of his kind in Cleveland.

Do you know why the sound of Wallace Coleman, is connected to the blues?
I’ve never been drawn to any other kind of music to perform.  There is other music that I love to hear. 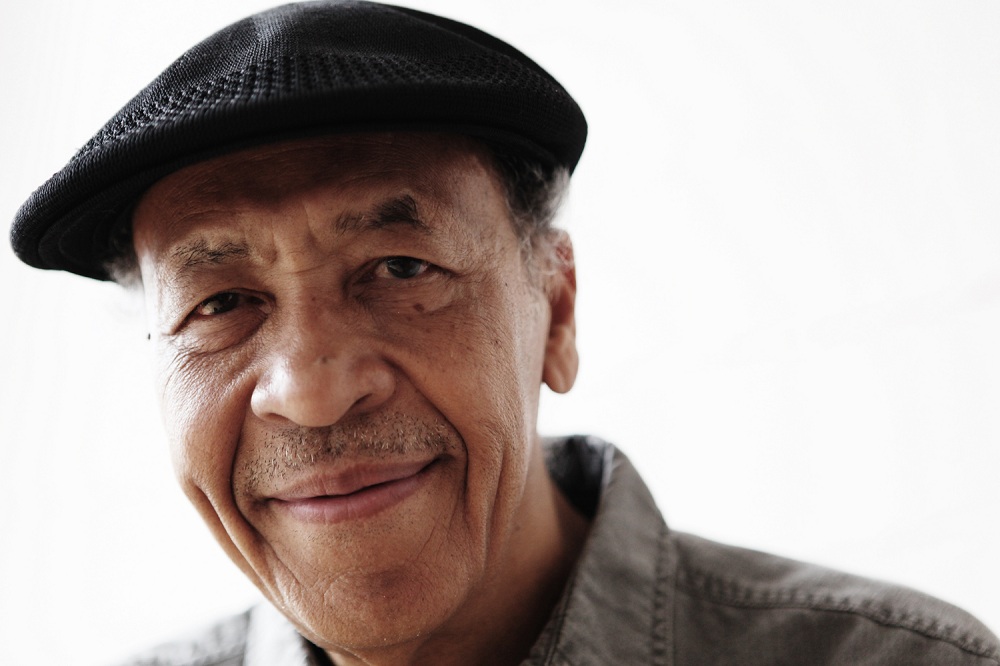 What advice Robert Lockwood Jr. has given, what was your relationship with him & which memory from makes you smile?
Advice:  “Give it your all – every night you go on stage, give it your best.”   Robert told me that I needed my own band.  And he said “don’t let the music consume you.”
Relationship:  Robert understood me musically better than I did.  He could see what I was capable of before I did.  In music, he was like the father I never had.
Memory:  What made me smile was the way he would run those chords on the guitar in and out behind the other instruments.

How did you first meet & what is the think you miss most from Lockwood Jr.?
I first met Robert when I was playing music with Cleveland’s Guitar Slim at the Cascade Lounge in 1985.
I miss him as a person.  I miss him as a musician.  What I miss most is the things that I learned and continue to learn about the music through him right up until the very end.  I t was like going to school. 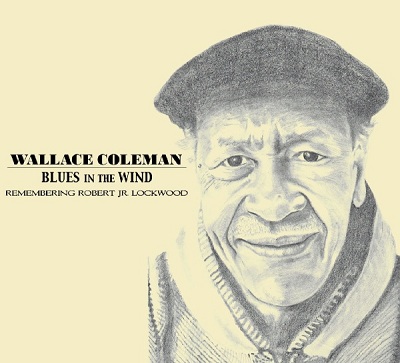 You mentioned your song "Blues In The Wind" - can you tell me more about it?
It is the title of my latest CD "Blues In The Wind" - Remembering Robert Jr. Lockwood
I wanted to create a work in remembrance of Robert.  It is not a typical dedication type CD where you cover the artist's songs.  It is more inspired by my time with Robert and what I learned from that experience.  And more personally, it contains several songs that were his favorites that I performed in a way that he might enjoy.  And the very last cut is a departure - we covered Sting's "Fields of Gold" - because of Sting's beautiful melody and for where I picture Robert to be walking along with his guitar now.

Is "Blues In The Wind" and your other CDs ("Stretch My Money", "Live at Joe's" and "The Bad Weather Blues") available on your website?
Yes at wallacecoleman.com and also at Amazon.com

Some music styles can be fads but the blues is always with us.  Why do think that is? Give one wish for the BLUES
I can only tell you being an African American what the blues means to me.  And what it reflects on my life.  Being a black person in America when I was a boy, the blues was always there.
Why do I think the Blues is always with us: I answer this with the song I wrote “Blues In The Wind.”
One wish - that the feel of the Blues will come back.  And there will be more younger people learning to play and sing with feeling. 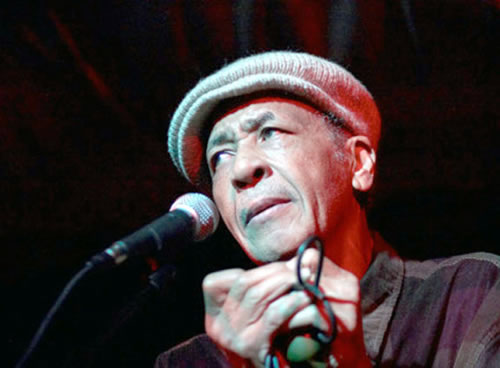 What advice would you give to aspiring musicians thinking of pursuing a career in the craft?
My advice I would want to give would be to send them away from Blues because the Blues sound is dying.  But if they wanted to do it anyway, I would give them this advice - go back to the Chess era of Blues in the 50s and listen to that music and get as much material out of that era as you can and listen to it.  I feel that was the best Blues ever recorded.

What’s the best jam you ever played in? What are some of the most memorable gigs you've had?
The most memorable were the King Biscuit Blues Festival in Helena, Arkansas in the early 90’s standing on the stage with Jimmy Rodgers, Johnny Shines, Robert Jr. Lockwood and Sunnyland Slim all at one time.  The other one was in Boston with Robert Jr., Ronnie Earl, Matt Guitar Murphy and (the late) Dennis Taylor.

How has the music business changed over the years since you first started in music?
I have noticed that being a harmonica player and the traditional side of the music, which I play, the music has lost the feel.  By that I mean it has been bounced around and any music like the blues that is bounced it loses its feel.  Plus there are few good Blues singers - a lot of screamers but not a lot of good singers. Of all the people you’ve meeting with, who do you admire the most?
Other than Robert, at present there are two; Billy Boy Arnold and Ronnie Earl.  I admire them both for what they are still doing for the music.

If you go back to the past what things you would do better and what things you would a void to do again?
When I first starting playing I could have had better equipment for my sound.  So I would have found right from the start the amp that can give me my sound and the harps the same.
I would avoid signing a record contract for multiple records and I would be sure to know how they promote their artists before signing.

How do you describe your contact to people when you are on stage?
I love a listening crowd.  And I appreciate when people come out to hear my music. 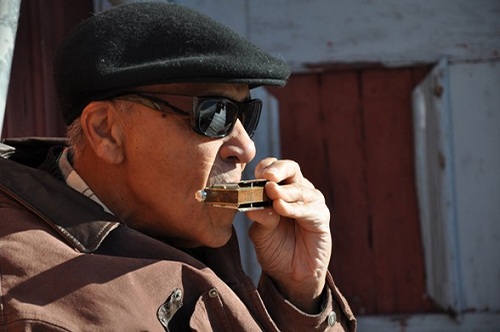 Why did you think that Wallace Coleman, continued to generate such a devoted following?
If I do, it’s because I believe in what I am doing and I am not going to ever change the way that I am doing it.  I will stay true to what I am doing.

You had pretty interesting label Pinto Blue Music. Where did you get that idea?
That has changed.  We have renamed the label my mother and it is now called Ella Mae Music.  But the old name, Pinto Blue Music, came from two of my favorite things ~ no one likes Blues and pinto beans and cornbread as much as I do.

I presume that big part of your life is somehow connected with blues. Do you have any hobbies, which do not have anything to do with music?
Yes.  I like to read books on astronomy.  I like to tell jokes and stories.  I like geography and I have been a National Geographic subscriber for over 50 years.  I like to do community activities - Farmers Market, etc.  I like to play music with my wife and her band.  I like to watch westerns.  I like to read about Science. 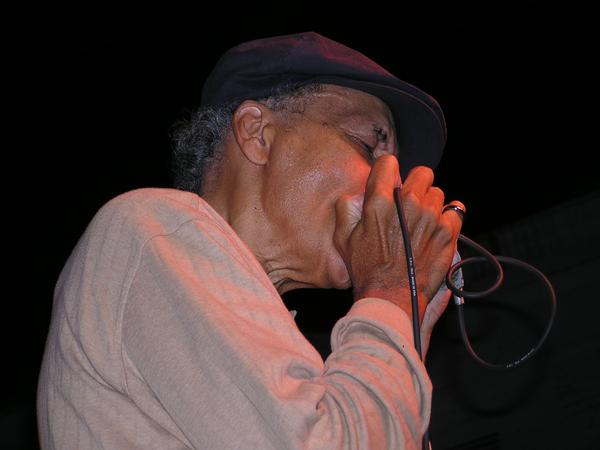