An Interview with Dana Ali & Dave Hewitt, a project has taken old sounds and rhythms and made it new

Dana Ali and Dave Hewitt are a soulful husband-and-wife music team who perform and record as Dana Ali and the Blues Trains. Dana Ali's sound is Neo-Soul, a combination of Blues, Jazz, Soul and R&B with Latin and Funk rhythms. A diamond in the rough with an awesome recording project in the making! Bass Player Dave Hewitt is a British musician /engineer, best known as member of Progressive Blues Rock band Babe Ruth. Dave moved to U.S.A. in the early 80's and did extensive gigging all over the States. 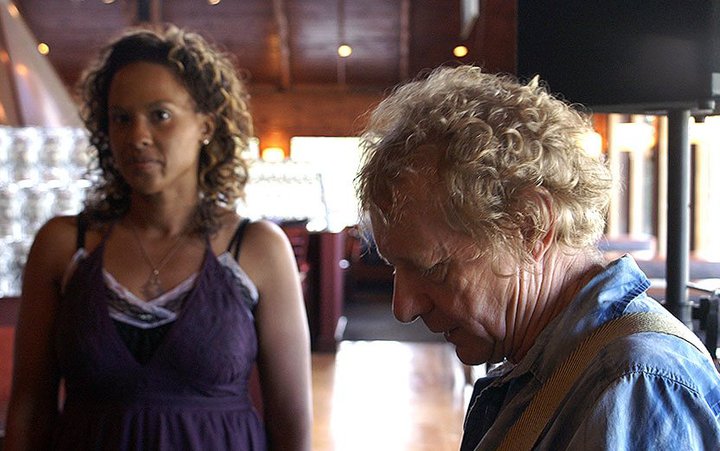 He hooked up with Brad Whitford from Aerosmith and Derek St. Holmes from Ted Nugent and recorded one album followed by lots of touring with CBS, New York. Next up was Humble Pie, recording with Eddie Offord of Yes fame - who had an 'awesome' studio in Atlanta. He then joined Georgia Satellites and did session work with Little Feat plus work through the French Corner with Frank French ,formely with Driving And Crying. He has worked in albums of: J. Geils Band, Eric Clapton, Doobie Brothers, Willie Nelson, U2, Pink Floyd, Rolling Stones, Aretha Franklin, and more. His most recent project is recording an album with wife and singer Dana Ali on her debut album. Dana Ali Band – where sounds like India Arie, Corrine Bailey Rae, and Lauren Hill – with Dave on bass, Martin Chung (guitar), Marc Layton-Bennett (drums) and Sarah Layton-Bennett (vocals)  has started soon touring U.K.

When was your first desire to become involved in the music and how has changed your life?

Dana: Every since I was little I loved to sing. But it wasn't until I was 17yrs. old that I realized that I even had a voice. I sang in a duet at a summer camp talent show and it really took my breath away. It has been and still is an interesting journey learning to be venerable in front of an audience.

Dave: I was 15 yrs. old and I started playing bass after starting with piano at 8 and guitar at 13! At 17, I decided to try to go pro. Subsequently by 18 I went to London and turned pro. Music has been a big part of my life ever since.

What do you learn about yourself from the music, what does Blues means to you?

Dana: I'm learning to be myself through music. Not worrying about what other people say or think about what I sing, how I sound, what I look like; to truly be me and give everything I have to the art that I love. That's what Blues helps me see.

Dave: I feel a spiritual connection, BASS IS LOVE as somebody said! There’s an earthiness about it. 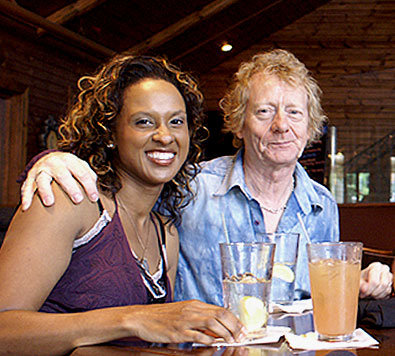 Dana: I would describe my sound as neo-soul a combination of Blues, Jazz, Soul and R&B which has taken old sounds and rhythms and made it new. I've learned through my journey as a singer that I have to choose music that I can really feel deeply about. Something that moves my heart and soul as well as my toes.

What experiences in your life make you a GOOD Blues, Soul and R&B performer and songwriter?

Dana: My experiences singing Gospel music is where I truly felt a connection to the roots of Blues, Soul and R&B.

What experiences in your life make you a GOOD Musician and Engineer?

Dave: Being able to listen well and be willing to share.

Dana: My husband Dave has taught me so much about music. One of the biggest things that I hold on to that he has taught me is the more venerable I am to my audience the more connection I'll have with people sharing some of the same experiences.

Dave: For me it all comes down to when playing, if I cannot feel it; something not right.

Dana: The best moment of my career was when I started recording my first cd. It was exciting to see songs come together. The hard work that goes into each step and then hearing the result is so amazing!

Dave: Discovering Babe Ruth Band had entered charts in Canada, hearing Dana sing for the first time. Injuring my left hand and fearing I would not be able to play them again. 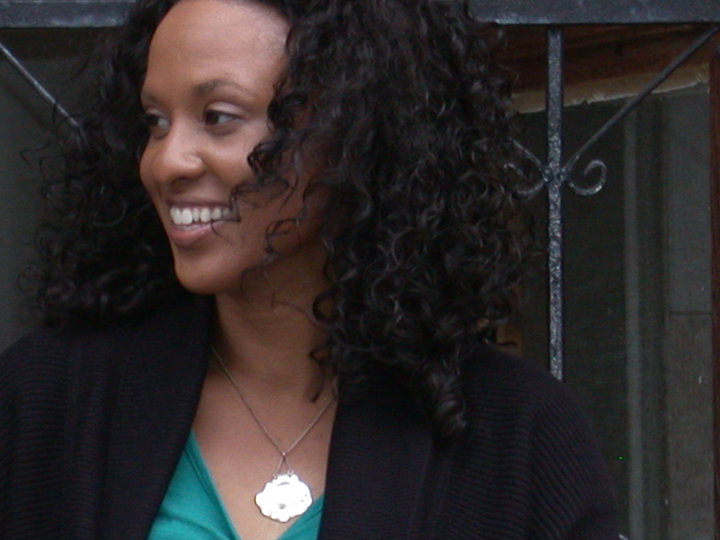 "One of the biggest things that I hold on to that he has taught me is the more venerable I am to my audience the more connection I'll have with people sharing some of the same experiences."

Dana: We had a great jam for a charity gig in Atlanta, GA. It was an awesome outdoor Crawfish Broil event; we played to raise money for cancer.

Dave: Playing in Canada with Babe Ruth, Summer festival in Sedalia, Kansas, and a Crawfish Broil in Atlanta Georgia. Jamming with T-Bone Walker.

Tell me about the beginning of Blues Train. How did you get together and where did it start?

Dana: We formed the Blues Train in Atlanta, GA. After talking with Dave for some time and having done some demos in Nashville, TN with Alan Shacklock (Babe Ruth Band) we decided we wanted to start playing live.

Dave: Based around listening and talking a lot with Dana. We tried to pull out into the open what each other really wanted to express.

Are there any memories from Dave Hewitt and Blues Train, which you’d like to share with us?

Dana: One memorable gig was an evening we were to play at a Gastro Restaurant Bar in Atlanta and the weather was torrential rain. Our guitarist's car broke down and couldn't make it and our drummer was sick and couldn't make it. This left Dave and I at the gig with nothing else but to play. So there we were a bass guitar and vocals. Oddly enough we had a very pleased crowd and we made more money that night than any other, go figure. Even had a promise of financial backing from a NFL player!

From the musical point of view what are the difference and similarity between the BLUES, JAZZ, and SOUL feeling?

Dana: Blues, Jazz and Soul have their similarities from Gospel music, coming from the roots of peoples’ trials and tribulations.

Some differences are a combination of becoming more educated, thus reading music and combining feeling and self expression.

Dave: Rock was birthed out of Blues and jazz, its a wide spectrum to cover, but Rock especially in the early days, when we striving to find obscure songs to be taken over by! We let our own feelings take us somewhere else. Different but similar, due cultural situations. 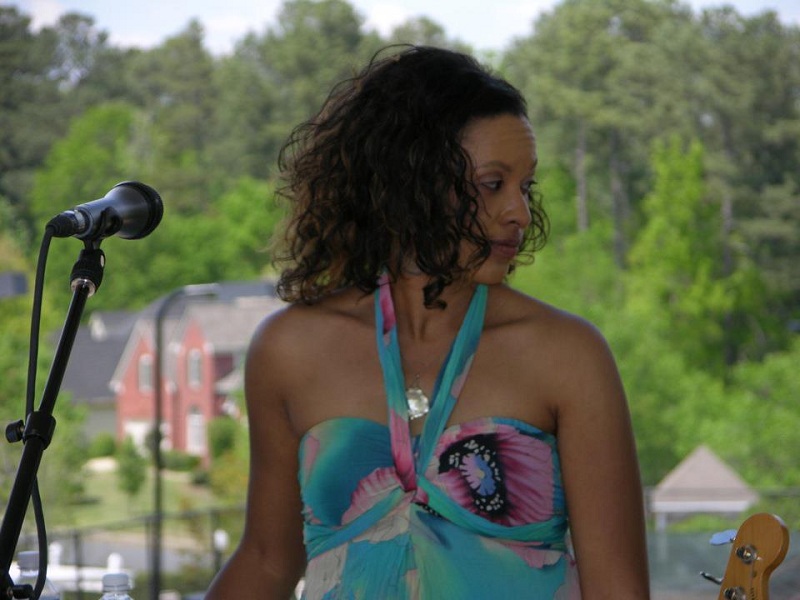 "Blues, Jazz and Soul have their similarities from Gospel music, coming from the roots of peoples’ trials and tribulations."

Dana: Besides physical differences they're still singing about the same things such as pain and sorrow.

When we talk about blues/soul/jazz, we usually refer to memories and moments of the past. Do you believe in the existence of real music nowadays?

Dana: Yes, I believe in the existence of real music nowadays but it seems few and far between. I think a lot of music now has become more digital and compressed and the novelty of, is it sellable? Will it make a hit record? This takes precedence over, this is how I really feel and I want to write a song about it. Its like a comparing processed cheese and cheap wine to a nice vintage cheese and aged wine.

How you would spend a day with Etta James? What would you say to Stevie Wonder?

Dana: If I had a day to spend with Ms. Etta James I would watch, listen and learn. She seemed to have had a talent all her own.

If I met Stevie Wonder I would say it is an honor to meet him and I would thank him for inspiring me to sing. Through his music I feel love, laughter and a joyful spirit. His music has life in it and that's what I aspire to have also.

Dana: I would ask Eva Cassidy if she was singing in reflection of her life knowing that she may not survive her battle with cancer. Did her music become a deeper and more spiritual journey for her? 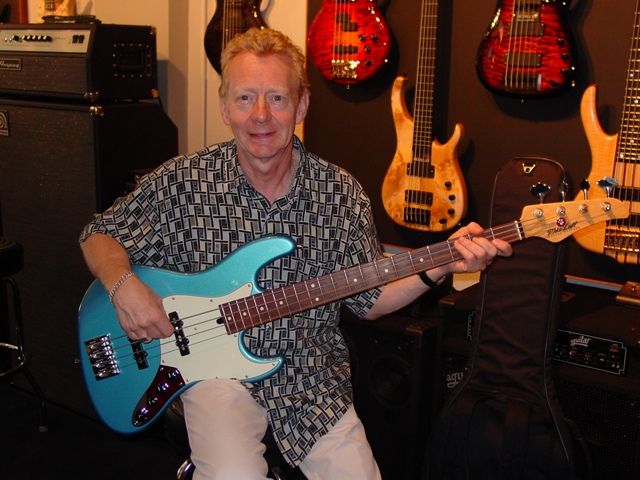 "Rock was birthed out of Blues and jazz, its a wide spectrum to cover, but Rock especially in the early days, when we striving to find obscure songs to be taken over by! We let our own feelings take us somewhere else. Different but similar, due cultural situations."

Of all the musicians you’ve meeting, who do you admire the most? Which memory makes you smile?

Dave: The short time with Steve Mariott was amazing! [Humble Pie]. Too many to choose but maybe touring States!

Some music styles can be fads but the blues rock is always with us. Why do think that is?

Dave: The earthy feelings can go deep and constantly re- ignites us.

Dave: Its become more computer driven but at the end of the day true talent and great songs still win thro.

What is the “feel” you miss most nowadays from the old days of Blues/ soul music?

Dave: I guess the freshness of discovering music and everything around it for the first time. Relevant also in late sixties in my first blues band Ckreed.

How started the Ckreed and what you missing todays from late 60s and Brit boom? 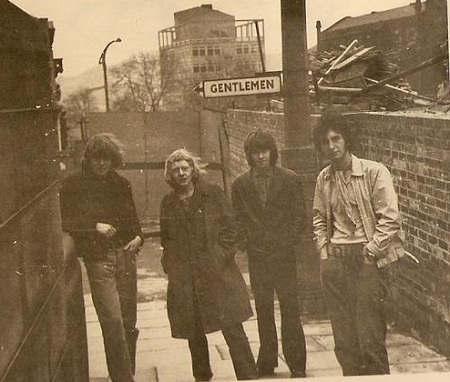 You have met and work with many artists from Allmans to Franklin and from Baker to Mayall and more. It must be hard, but which meets have been the biggest experiences for you?

Are there any memories from T- Bone Walker and John Lee Hooker, which you’d like to share with us?

Dave: I jammed with T-Bone Walker in Mother Blues, a club in Dallas Texas. Infact the Rolling Stones liked playing there. It was Atlanta with John Lee Hooker.

Which things do you prefer to do in your free time? Happiness is…

What is your “secret” DREAM?

Dana: My "secret" Dream would be to sing with my favorite vocal artist, India Arie. 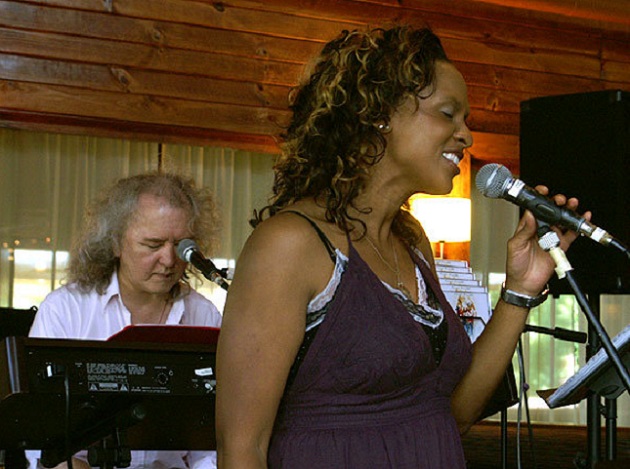