An Interview with family group of Lee Boys, one of finest African-American sacred steel ensembles

“Everyone has the blues sometime and music is a perfect way to ease the blues. If you’re a music lover or a musician the blues or music in general grabs you...”

The Lee Boys are one of America’s finest African-American sacred steel ensembles. This family group consists of three brothers, Alvin Lee (guitar), Derrick Lee and Keith Lee (vocals) along with their three nephews, Roosevelt Collier (pedal steel guitar), Alvin Cordy Jr. (7-string bass) and Earl Walker (drums). Born and raised in Miami, each of The Lee Boys grew up in the church where their father and grandfather, Rev. Robert E. Lee, was the pastor and a steel player himself.
“Sacred steel” is a type of music described as an inspired, unique form of Gospel music with a hard-driving, blues-based beat. The musical genre is rooted in Gospel, but infused with rhythm and blues, jazz, rock, funk, hip-hop, country and ideas from other nations. 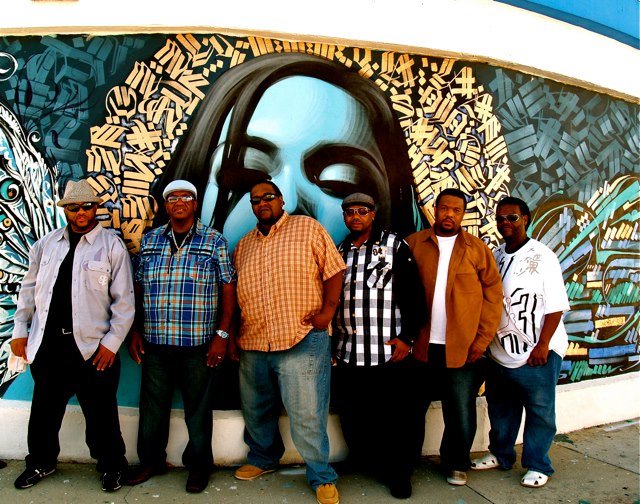 When The Lee Boys bring their joyous spiritual sound to the stage, audiences instantly recognize that this is not “sitting and listening” music: dancing, shouting out, and having fun are considered essential parts of their tradition. In 2008-09 alone they performed for more than 250,000 music fans at festivals throughout the United States. In the process, their unique sound has attracted musical artists such as Bob Weir of the Grateful Dead, The Allman Brothers Band, The Black Crowes, Los Lobos, Michelle Shocked, Gov’t Mule, Derek Trucks Band w/ Susan Tedeschi, North Mississippi Allstars, Hill Country Revue, Umphrey’s McGee, Ivan Neville's Dumpstaphunk, Oteil & Kofi Burbridge, Dirty Dozen Brass Band, Toubab Krewe, Victor Wooten, The Del McCoury Band and The Travelin' McCourys – all of whom have played with the Lee Boys and/or invited them to tour. Lee Boys released their third studio effort “Testify”, on the Evil Teen, a record label co-owned by Warren Haynes

Alvin: Well I’ve learned a lot about the blues on how similar it is to the Sacred Steel Music we play some of the words may be different but all the changes and feelings are the same.

Derrick: What I’ve learned from the blues is I am not alone. Everyone has the blues sometime and music is a perfect way to ease the blues. If you’re a music lover or a musician the blues or music in general grabs you…

Cordy Jr.: The Blues is all about feeling, more so than other types of music. And it's not just something you sing when you're sad. The Blues can express so many more emotions. It's sometimes easier for me to express myself through music like the Blues than just talking.

How do you describe your sound and progress, what characterize Lee Boys music philosophy?

Alvin: Well more or less we Have a Hard Church Drive that’s Bluesy and Funky that makes you move, would best describe our music.

Derrick: My sound as a singer comes from a variety of singers like Stevie Wonder and Fred Hammond. I love to discover music that sounds good to me and share that music… Most times you will find someone with your same taste.

Cordy Jr.: I consider myself a bluesy-funk kind of guy, but I grew up playing Sacred Steel music. My sound is ever evolving. I really want to stretch myself beyond what I grew up playing. Lee Boys music is feel-good music. It's about uplifting the spirits of everyone who hears us. 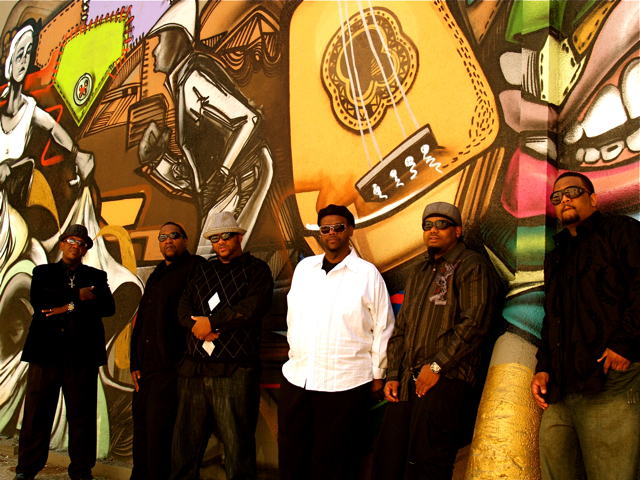 "Well more or less we Have a Hard Church Drive that’s Bluesy and Funky that makes you move, would best describe our music."

Tell me a few things about the beginning of band and why choose the “Sacred steel” style?

Alvin: Well we grew up playing this style of music in our church ever since the ages of 7 and 8, our Father the Late Elder Robert Lee played lap steel and he taught us and we taught our nephew and now we are teaching our sons so this is a Family tradition that’s being pass down from generation to generation.

From whom have you have learned the most secrets about the blues music and what is the best advice a bluesman ever gave you?

Alvin: Well some of my biggest blues influences  mains stream was BB King, Buddy Guy, Robert Cray, Victor Wooten and my biggest influences from my church roots was, Larry Taylor, Harold Bradley, Kenneth Ellis and Phil Campbell these guys was first in teaching me about everything.

Derrick: I think I learned a lot from Solomon Burke, the Lee Boys played with him once in Annapolis, MD at Rams Head Live. To watch him have a conversation with the audience was great. We pay tribute to him in our show with (Everybody Needs Somebody)… The advice: Make sure you give them something to see…

Cordy Jr.: There isn't one person in particular who has taught me the most about Blues. Being able to be around Blues greats like B.B. King, Buddy Guy, Ronnie Baker Brooks and the Queen of Blues herself Koko Taylor has given me an invaluable education that most people can only dream of. The best advice I ever got came from Koko Taylor. She told me to, "play from my heart and sing from my gut," which is advice I live by every time I hit the stage.

Alvin: Well one of my very best moments was when we open up for BB King at his birthday party, Also getting a chance to play with Victor Wooten on Stage for the first time was another best moment. I really haven’t had worst moment.

Derrick: The best moment was playing on the Conan Obrien Show Dec 8th 2008… No worst moment, it’s all an experience

Cordy Jr.: The best moment of my career was when the Lee Boys played on the Conan O'Brien late night show in 2008. Every moment I get on stage is a blessing, so I do not think I have a worst moment. Would you mind telling me most vivid memory from recording time?

Alvin: Well yes when our producer Matt Grondin got us to record At Dockside Studios spending a week with my brothers, nephews and Matt Slocum on keys was the best and also recording with Jimmy Herring a tree sound studio was another treat.

Derrick: The best memory from recording was flying to New Orleans to lay down the vocal tracks for Testify with producer Matt Grondin…

Cordy Jr.: One of my most vivid memories is when the song I wrote, "Smile", was being recorded. It was really amazing being able to experience my dream come to life. I also really enjoyed recording "Miss You" with Victor Wooten for his album Palmystery.

Are there any memories from Bob Weir to Gov’t Mule, and from Dirty Dozens to Oteil Burbidge, which you’d like to share with us?

Alvin: Well besides just being humble to be able to share the stage with all these guys were great memories for me. Also one of our most favorite bands that we’ve ever played with was Oteil Burbidge and the Peacemakers, they were our first band that we toured up with and we learned so much from the so big ups to our big brother Oteil.

Derrick: Merlefest 2006 the Lee Boys were getting ready for our set on the Hillside Stage. Bob Weir was already their preparing to play with us, but we did not know who he was. Don’t get me wrong we heard of the Grateful Dead, just didn’t know Bob. Long story short it was a great set…

Cordy Jr.: The best jam I ever played in was the "Silent Jam" on Jam Cruise. I got a chance to play with some really amazing musicians, such as bass player Reed Mathis and members of Galactic. Some of the most memorable gigs I've had include playing with Robert Randolph at the Fuji Rock Festival, going on tour with bluesman Sonny Rhodes, and every show I've had with the Lee Boys.

Some music styles can be fads but the blues/ funk/ gospel are always with us. Why do think that is? Alvin: Well just because of the essence of where the music comes from. There is meaning behind each and every one of these styles of music and without a solid good foundation it won’t last.

Derrick: Well gospel and blues music is the ROOT of it all… Gospel is telling the Good News and Blues is about that pain we all know too well…

Cordy Jr.: These types of music have very deep historic roots. In many ways, they are the sound of the people. They are the foundation of many newer genres of music.

Alvin: Yes for sure and I have to start off with my Nephew Roosevelt “The Dr.” Collier he has really grown into his own. But he has a lot of blues influences and is taking the blues on the steel guitar to another level. He’s put his tradition along with the old blues all into one and now created his own. Also another young player coming up that’s great friend of the lee boys is Gary Clark Jr. so if these guys keep up then again the Blues will never die.

Derrick: It’s alive and well… Derek Trucks is one of my favorite guitar players and you can hear blues in his tone…