"I trust in the BLUES as the only state of mind able to change something in the life of the human mankind!"

Fabio Treves: Blues to the People, the People to the Blues

Fabio Treves is a veteran Italian blues musician. Treves' nickname is "il Puma di Lambrate", Lambrate is the quarter of Milan where Treves grew up. Born and raised in Milan, Fabio Treves became interested in music at a young age, helped by the father's passion for a variety of musical genres, including classical music, jazz, blues, and Portuguese Fado. 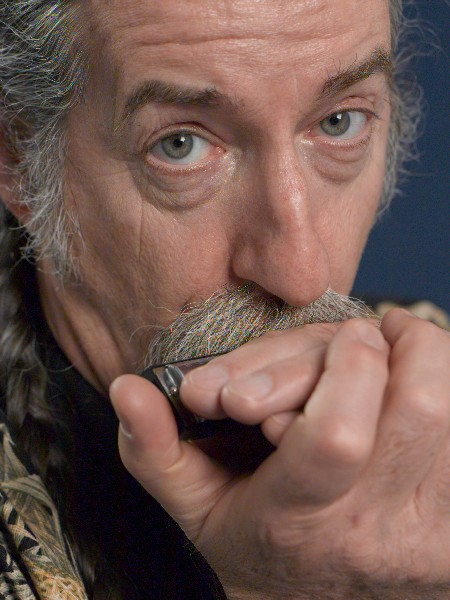 Treves' interest in music led him to study a wide range of musical instruments, including bass, organ, trumpet, and alto sax. During the 1960s he began playing what would become his signature instrument, the harmonica.

He settled near Milan as a blues harmonica player, inspired by Sonny Terry, Little Walter, Paul Butterfield, Alan Wilson, and Sonny Boy Williamson II. In 1967, he played with his first band, the Friday Blues Group.

Treves has participated in many music festivals in Italy and around the world. He continues to publish blues music in Italy, having released more than ten albums to date.   (Photo by Ghidoli/Pietra)

The BLUES is the “soundtrack” of the LIFE, not my life, but the LIFE, in general... Blues means passion, freedom, meeting, feeling, sadness, journey, good vibrations… and many more...From my love for the BLUES  I did understand that BLUES can help in some particular moments of my life…and I suppose that be the same thing for many others musicians (or persons) in others places of the earth! 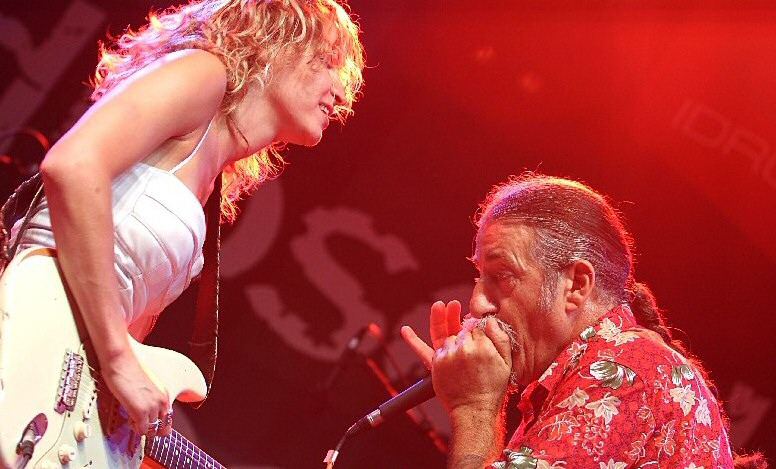 I don’t think if I’m a good bluesman or songwriter, I think to be a good person...and this is important not only in the music…I trust in the BLUES as the only state of mind able to change something in the life of the human mankind!..

How do you describe Fabio Treves sound and progress, what characterize your music philosophy?

Before all I try to consider the music (BLUES) as an incredible “LUCK”…Play for a small or great audience is wonderful, if you have many situations of your life or of your mind to explain you can do with the words (lyrics) or simply with your instruments, cause everything start from your hearth, from your interior harmony or joy of life!

From my father when I was young...he was a fan of ALL GOOD MUSIC…Musically I think that my grand masters are the great legends of the blues… I listened for many hours the original 33/78 of Super Muddy Waters, JB Lenoir or Little Walter, not to copy  something (it’s impossible!), but to appreciate their simplicity and sensibility! 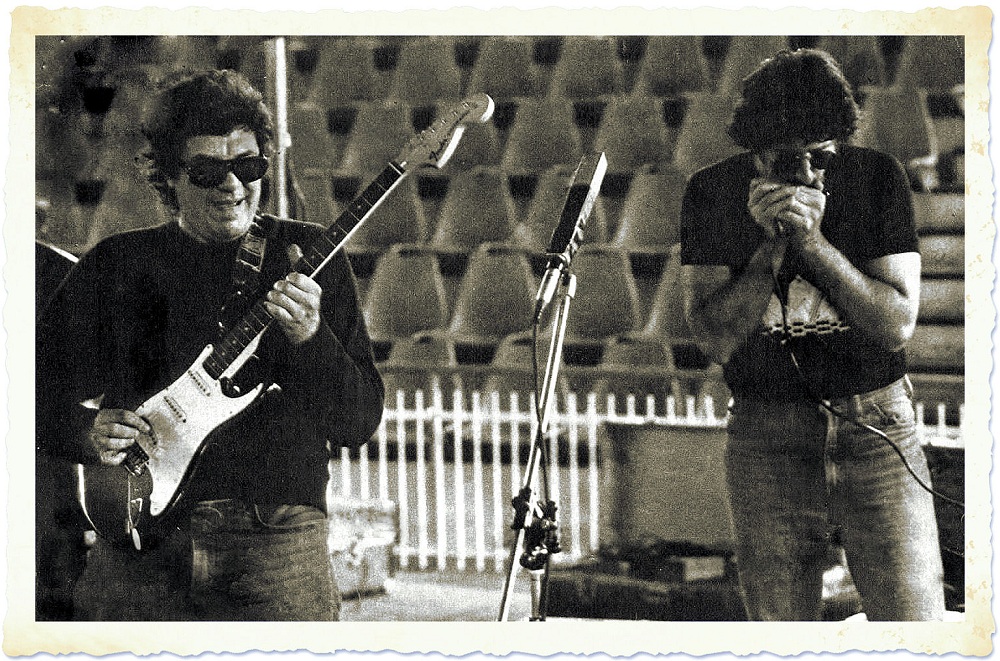 Many are the lovely magic moments of the blues, few the worst...I remember with great emotion the recording Live with the great MIKE BLOOMFIELD, or the concerts of TREVES BLUES BAND at the Memphis Beale St. Music Festival, or the night in which the GENIUS FRANK ZAPPA called me on the stage to play with HIM!!!!

What's been their experience from “studies” with Willie Mabon and Alexis Korner?

Many years are gone, but their blues friendship is still live! They were the quintessence of the BLUES…I consider me a lucky person...They missed me very much!

Are there any memories from Sunnyland Slim and Homesick James, which you’d like to share with us?

With the legendary Sunnyland we had a jam at the end of the show...great feeling and good sound (it’s a  normal thing when you play with the master of piano blues…) Homesick James was very particular, he reputed himself “the original James”…”Elmore was nothing…I’m the original James!”…I laughed for this …very stupid affirmation and so he didn’t want play with me no more!!!But the organizers convinced him to do it... (we were in Switzerland!) 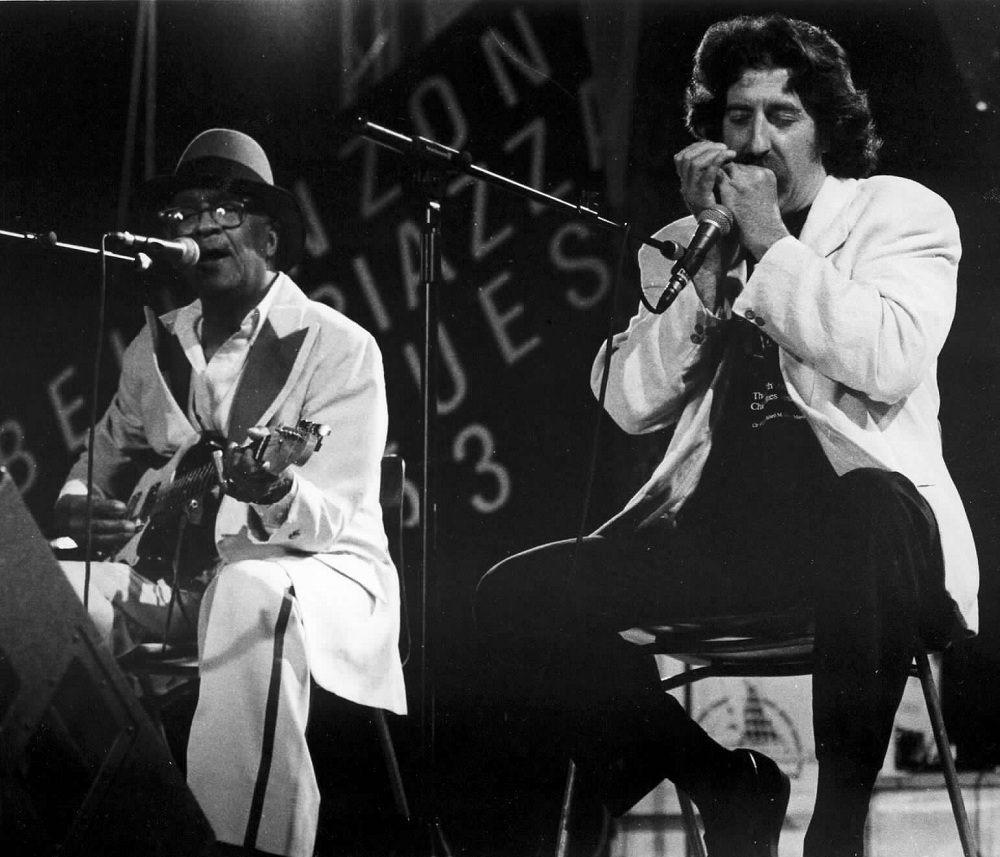 How has the blues changed over the years since you first started? What is the “feel” you miss most from the 60s - 70s?

I think that BLUES is not changed very much, some great musicians and legends are passed away but their feeling and teachings are still the same of 60/70 decades... There are, in Italy but I think all over the world, many young that starting from rock they arrive to the roots of the blues…and this is the same way I did when I decided to form my first blues band..

What are some of the most memorable tales with the Friday Blues Group and the Treves Blues Band?

Not very memorable!! We were a very “fundamentalist” blues band, and so at the beginning we had only few supporters... Were the years of progressive rock (not only in our country...) the free jazz, the political songs.. BLUES was considerate music for “few”... The great merit of TBB was the total OBSTINACY in the diffusion of OUR music everywhere: schools, jails, factories, university, streets, festivals …. Would you mind telling me your most vivid memory from Sam Lay, Louisiana Red, and Eddie Boyd?

I would need many pages... cause was incredible moment of friendship in the name of BLUES… Sam was the drummer of “Steady Rollin’” Bob Margolin, Eddie was invited by me to play for the first time in Italy, and Louisiana was an incredible frontman... was impossible to be as him!

Do you remember something fanny or interesting from Son Seals and Johnny Shines?

With Son I played in Chicago, at Blue Chicago in 1988, I found a great person and a lovely and superb guitar player, Johnny Shines was a bluesfather for me...he spent many hours talkin’ to me about the golden years with Robert Johnson!!! I’m proud to have taken many pictures of him...Now his words are a great heritage for me and all the Italian blues people...  (Johnny Shines and Fabio, 1978)

What's been their experience from Stevie Ray Vaughan and Billy Branch?

I played as open act at the SRV concert in 1988...I remember that Stevie was interested very much to my stories about Jimi Hendrix...In fact I was under closer to the stage in many concerts of the genius of Seattle! He was a nice and simple guy...very "simpatico" and positive!

Billy Branch is a great blues harp player, even if is very "egocentric".... Not James Cotton who complimented with me for my harp style!!!!

Are there any memories from Snooky Pryor and Eric Clapton, which you’d like to share with us?

I met Snooky, great harp player, one of my favorites, at Memphis Beale Str. Music Festival, in the May 1992… I talked to him for a long time in the backstage, but I could play with him (what a great pity!)...

Eric Clapton is a bike fan and I had the opportunity to meet and to know him better at the CINELLI SHOP (great bike factory...)...I listened him for the first time at Marquee Club in the 1966..and when I told him that I'm an old fan of him, he exclaimed"...Thanks a lot FABIO!"

He's a great guitar master, but great person before being on of greatest musician of 20th century!!!!! 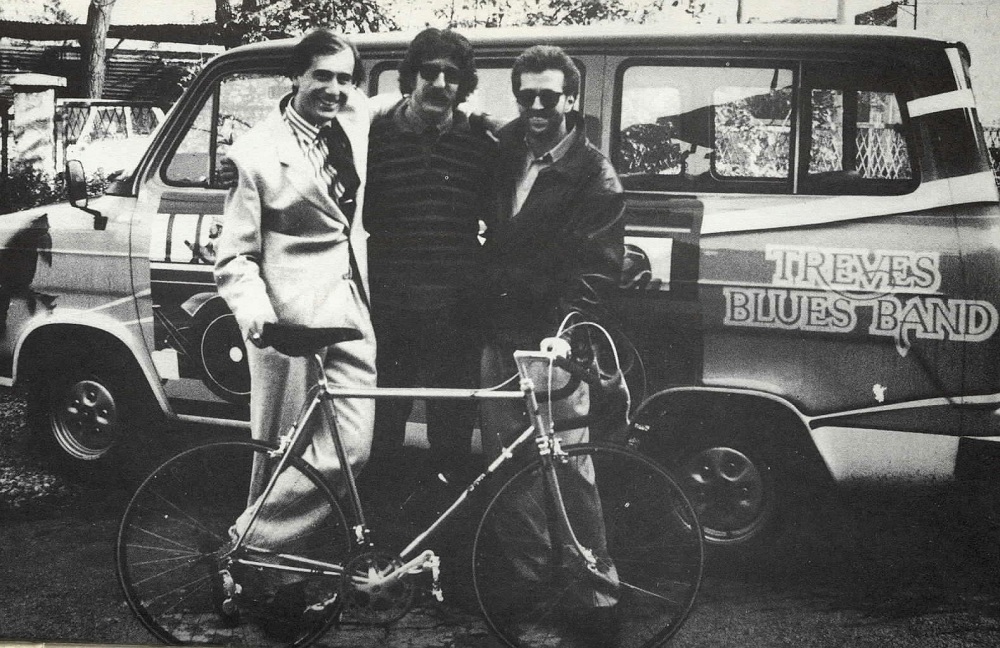 The sound (the frequencies) of this instrument are very particular, the sound arrives directly to some part of our body (ears, heart, brain…) and immediately we love this sound, from baby to old people...You can listen not only in the CD but the harp is still live in the movies, telefilm, videoclip and commercials…This is the magic of the harmonicas!

The BLUES is the BIG TREE (as Willy Dixon said) and from it there are many branches (the other kind of music)...so BLUES will be THE BIG TREE forever…My wish is: BLUES TO THE PEOPLE, THE PEOPLE TO THE BLUES…and I try to do all my best for this... How did you first meet Frank Zappa? Which memory from him makes you smile and what kind of a guy was?

I met the GENIUS in the 1988 at Munich, Germany, before his Italian tour, I was completely fascinated from his way of thinkin’ and his great musical professionism... When he was in Italy I spent many hours with him and he did understand that I was not only a very fan of his music, but almost… a person of his big family...He accepted me (was a very strange and particular thing..) and called me on the stage twice, in Milan and Genova!!! It’s impossible for me explain in the deep what I felt in these moments, I say only that when I listen the recording, after many years, I always cry!!!   (Frank Zappa and Fabio - Foto by Galimberti)

When it all began for the blues in Italy and which is the most interesting period in local scene?

I think that in the middle of seventies many persons understood that BLUES was the POPULAR MUSIC in the States but the values and the feeling of that music were UNIVERSAL...so the BLUES began to be accepted from the mass of young people and not only…many blues band, in every “Region” of Italy was formed and so started a musical mass movement very important…and Italy began a place in which many American blues bands could find a good audience of blues fans!

What is the best advice a bluesman ever gave you? What advice would you give to aspiring musicians thinking of pursuing a career in the craft?

From every great musician I met, the advice was the same: LISTEN THE LEGENDS, STUDY THE HISTORY, LOVE THE ROOTS OF THE BLUES, and AFTER you can choose what kind of blues you want play... Only attributing the right homage to the master of the BLUES, night after night, (singing and playing their blues…) you can say to be a BLUESMAN...In the BLUES nobody invent nothing! The only inventors lived many; many years ago…..So I tell the same things to my young fan who are starting to walk in the long and magic road of the BLUES… 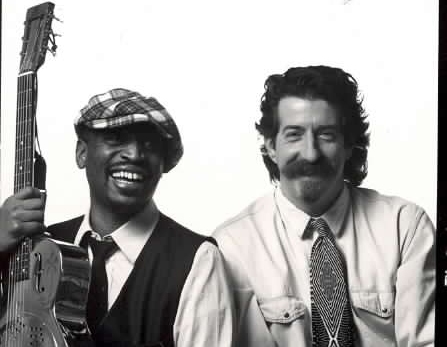 Are there any memories from Mike Bloomfield and Cooper Terry, which you’d like to share with us?

..if you see the video of 1980 in which Mike play the piano it’s better than many words of mine! He is happy, he plays with the happiness of a young musician, are gone the bad moment of his life...he calls me for name…what great emotions! Cooper was my great blues brother for many years...We played for the people, he was an incredible comedian too on the stage…”The BLACK and WHITE (he said every night) together on the stage, to confirm that BLUES is the music for UNITE not to DIVIDE…..”He learned to me many stories about the original legends of the BLUES…He lived for and in the BLUES, he knew good times and very bad times (jail and AIDS) and I’m proud to our deep friendship until his death in the 1992…Thanks COOPER! (Cooper Terry & Fabio, 1992 - Foto Feroldi)

Is it easier to write and play the blues as you get older? Which things do you prefer to do in your free time?

Musically is easier, but when you play for 40 years is a hard job ….In my free time? What free time? I love nature, I love travel, I’m a blues biker (bicycle), and I like very much every kind of sports (rugby and soccer) FORZA MILAN!

Ciao, and thank you very much…"Elpy'zo na sas doùme sy’ntoma" (I hope see you soon)……. I love your country…….