"Your sound is who you are and what you’ve worked on and experienced in life. Being a musician is a work in progress."

Bob Mintzer: The Soul of Saxophone

Bob leads several musical lives that, at times, seem humanly impossible for one person to sustain. He is a 20 year member of the Grammy award winning Yellowjackets, leads his own Grammy winning big band, is the recipient of the Buzz McCoy endowed chair of jazz studies at the University of Southern California in Los Angeles, does workshops all over the world, writes books on jazz, writes for orchestra, concert band, and big band, travels with his own quartet, and plays with numerous other bands around the globe. 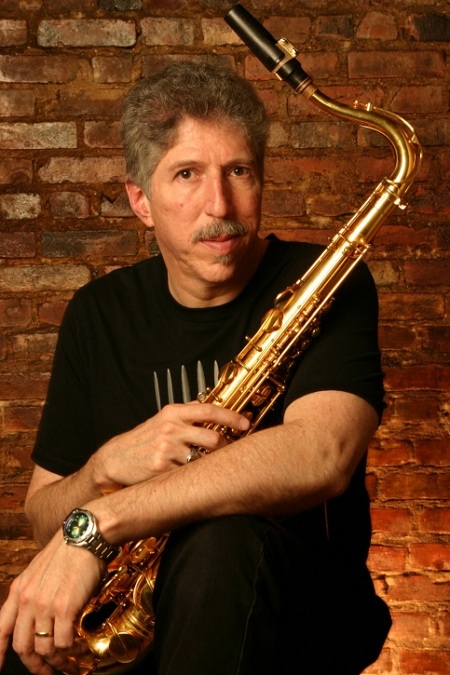 He is equally active in the composing, performing and educational fields. Bob has written over 200 big band arrangements. His big band music is played over the world, and has influenced numerous big band writers. He honed his big band writing and playing skills in the bands of Tito Puente, Buddy Rich, Thad Jones-Mel Lewis.

Bob has recorded some 30 solo projects and was awarded with 4 Grammy nominations and a Grammy award for best large jazz ensemble recording in 2001 for Homage to Count Basie on the DMP label.Bob currently resides in Los Angeles in the former house of composer Arnold Schoenberg, teaches at USC, travels 4 months out of the year, and, when at home, writes and practices constantly. He is generally considered one of the tenor saxophonists who came out the school of New York players in the 70's, which includes Michael Brecker, Bob Berg, David Liebman and Steve Grossman.

When your first desire to become involved in the music was & what do you learn about yourself from music?

I was attracted to music from the first time I heard music on the radio as a young lad. There was a piano in our house growing up, and I would spend hours sitting there trying to play songs I would hear on the radio. I was so curious as to what made music sound the way it did, and what the inner components of the music, vis a vis harmony, rhythm, and melody was. I think music chose me at an early age.

What experiences in your life make you a GOOD saxophonist, composer/arranger, big band leader and educator? 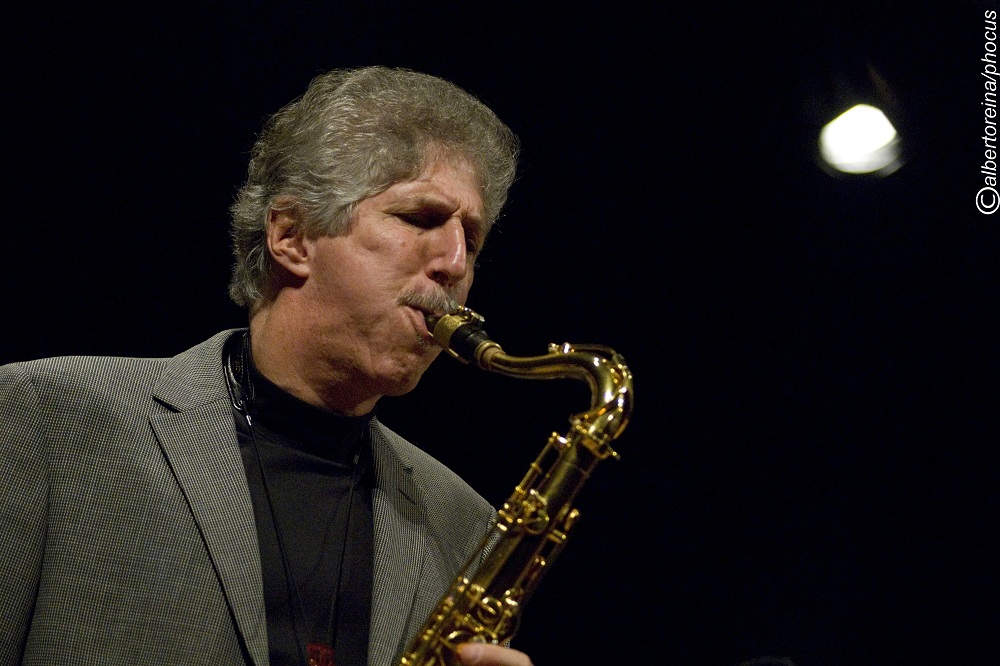 How do you describe Bob Mintzer sound and progress, what characterize your music philosophy?

Your sound is who you are and what you’ve worked on and experienced in life. Being a musician is a work in progress.

Anyone and everyone in and out of music. Every time you play you learn something if you are paying attention.

Thankfully I’ve had lots of great moments. The challenging moments make one stronger and you learn to focus on gratitude for getting to play music under any circumstances.

I’ve had an interesting life in general. A successful 40 year career in music is quite interesting.

The music business is constantly changing along with the rest of the world. Musicians must learn to adapt and be flexible so as to weather these changes. 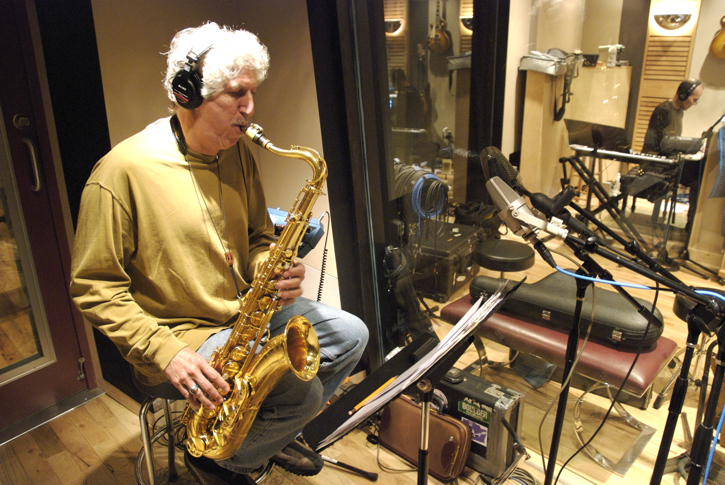 Work hard, pay attention to detail, know why you play what you do and where it came from, work on yourself in general, learn how to “be on the team”, have a positive and cooperative attitude, have a vast repertoire and knowledge of music in general, be well-read and well informed, be a good listener.

Why did you think that Bob Mintzer continues to generate such a devoted following?

I guess if you work on something long and hard enough in a genuine, honest way, eventually people take note of what you are doing.

I’m very happy to have had the opportunity to work on musical craft for most of my life and be able to play with some of the greatest musicians on the planet, and actually have the music connect with people all over the world. This is an incredible gift. 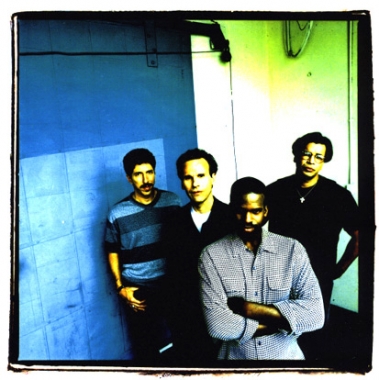 There are so many great memories over the last 22 years. It is a joyous occasion every time to play with the band. The Yellowjackets is about 4 distinctly different people hanging and playing with love and respect. It shows me that human beings can coexist and get along beautifully if they have the right mind set and empathy. The music reflects that, I think.

You have played with many musicians. It must be hard, but which gigs have been the biggest experiences for you?

Every gig I’ve ever done has had a lasting impact on me, both the good ones and not so goodones. I’ve learned things from every musical experience and felt gratitude to be able to get to play at all. My colleagues in jazz would always get on me about doing broadway shows in N.Y., wondering how I did not go out of my mind playing the same music every night. I looked at the experience as an opportunity to develop the discipline of playing my best every note of every time, no matter what the music was.

Tell me a few things about your meet with Papa Nebo, which memory from makes you smile?

Papa Nebo was a country-rock band I played with just out of high school. I met the violinist Ann Leathers at the arts high school we went to (Interlochen Arts Academy in Michigan, US). It was my first experience being an a band with older more experienced musicians, and I had a blast. We did one recording for Atlantic records in 1971. I started to write and figure out how to play in a band during that time. It was very exciting for an 18 year old to experience these things, playing around New York and recording in the old A and R studios in NYC for Atlantic records. I had my first publishing experiences as well as my first dealings with a manager who was less than honerable. 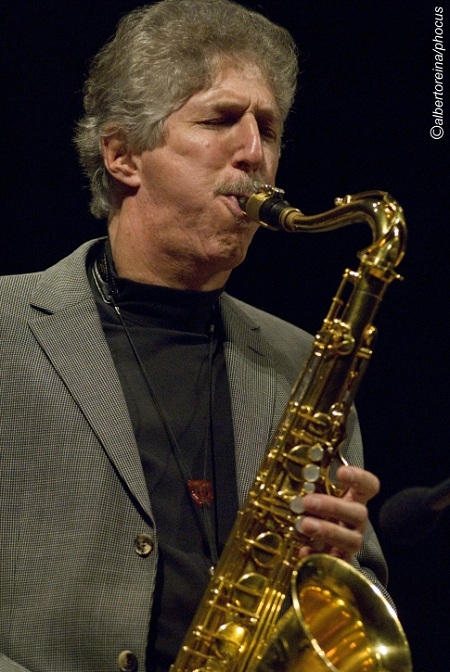 Do you remember any interesting from the recording time from your solo and sessions projects?

I’ve sat in with the Dave Matthews band a few times as well as with Bela Fleck’s band. I sat in with Rhassaan Roland Kirk’s band at the Village Vanguard when I was 17, and not at all ready. I got my ass kicked right out the door of the club. This was a great motivator, and I swore I would never let this happen again!

Some music styles can be fads but the jazz and blues is always with us. Why do think that is?

People are generally looking for the next great new thing in music and art. Sometimes they get it right, sometimes they don’t. The music that is from the heart and substantive usually stays relevant for a long time (Miles Davis, John Coltrane, Duke Ellington). Music that is a fad, and is acknowledged for surface reasons fades rather quickly.

From the musical (…and feeling) point of view is there any difference between a jazzman and bluesman?

Jazz and blues are two different dialects from the same language. Jazz evolved out of the blues.

Happiness is doing things that are meaningful with people you love and respect, enjoying the moments in life, going through hardships with a positive attitude, helping others, taking a hike in a beautiful place, making a great salad!