"The blues is as real today as it was back then...it’s just evolved... like us, to adapt to a changing world. There are so many genres of blues out there today."

Pam Taylor from a small town in South Carolina is a 3rd generation musician. Her grandfather is a singer/guitar player and her father also plays the saxophone. She grew up singing, playing piano, writing and often performed in plays and with choral groups. At age 18, her father gave her first guitar, a Washburn acoustic, in which she taught herself how to play. After discovering she had a knack for songwriting as well, she hasn't looked back. 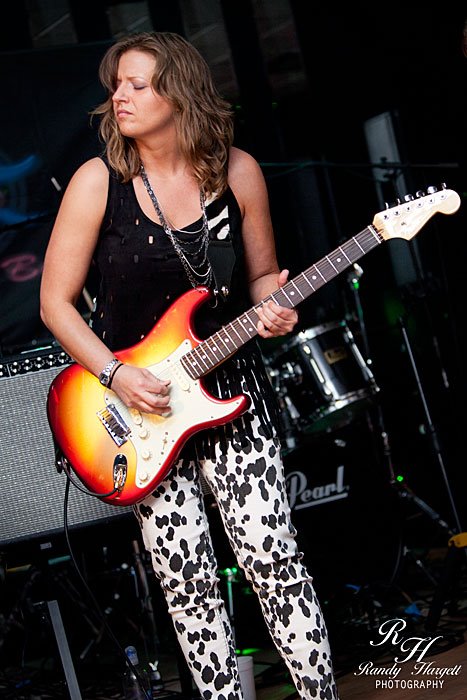 Both heavily influenced by the blues, currently she and her father share their love of music and are taking the local music scene by storm. They have teamed up with some of the most dedicated and talented musicians in the South East to form the Pam Taylor Band. This has been a life-long dream of Taylor who has shared the stage with such artists as Los Lobos, Tommy Castro, Nick Moss, Jason Ricci, Deanna Bogart, Elvin Bishop and Deborah Coleman.

Singer, songwriter and guitarist Pam Taylor plows through straight-up blues, to be sure, but she also can turn a trick or two with groove-laden rock. Taylor channels Bonnie Raitt and Susan Tedeschi, and while not quite up to their evolved levels, she writes original tunes that won her the Loaf’s Readers Pick for “Best Local Songwriter” (South Carolina 2013). Taylor’s new album, Hot Mess, features sinewy sax lines weaving in and out of the tracks.

How do you describe Pam Taylor sound and progress, what characterize your music philosophy?

I write music based on how I feel, not to be trendy. I don’t listen to mainstream music so I don’t know what the masses are calling “good music” today and I don’t care. I write music for myself...it’s very therapeutic for me and maybe that’s why people relate. My philosophy is, if it feels good, it must be good.

I have had bad luck in the relationship department in the past so that’s what most of the songs off my CD are about. I also went through a dark time in my life where drugs, alcohol and very bad choices shaped the song “Smile Again”. More recently my songs are about this time in my life where I am finally living my dreams and have fallen in love. So maybe you will hear me singing a different tune, who knows? 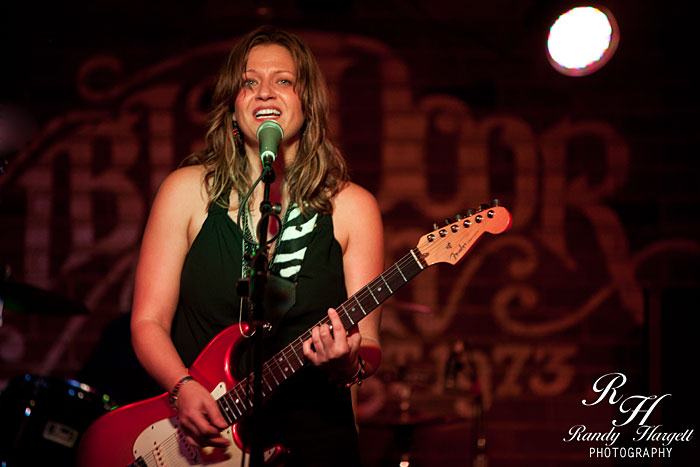 "I write music for myself...it’s very therapeutic for me and maybe that’s why people relate. My philosophy is, if it feels good, it must be good."

What have you learned about yourself from your writing of your songs and walking with the Blues?

The most important thing I have learned is to be honest..not only with my audience in my songwriting, but with myself. With the blues, that’s what it’s all about..baring your soul. If I don’t, it’s not the blues.

I would have to say right now is the most interesting time in my life.  I have so many changes taking place and still so much is the same.  It’s almost like this is happening to someone else. I still work my full time job but my songs are being played on the radio. At this point I don’t feel like I’ve experienced neither the best or worst moments in my career...I’m sure they are yet to come. I look at every moment as an opportunity to learn and grow...nothing is really good or bad…it is what it is and then you go on to the next thing, taking that experience with you and hopefully not making the same mistakes.

I was a fan long before I became a blues artist so I know firsthand about being a devoted follower. The music speaks to me, draws me in and makes me feel apart of what the artist is going through. The musicians in the blues world are unlike any other...they are your everyday troubled souls just trying to get by like everybody else.  When you make a fan in the blues, you have a friend for life.  I even coined a new term for mine....Frans...Friends/Fans 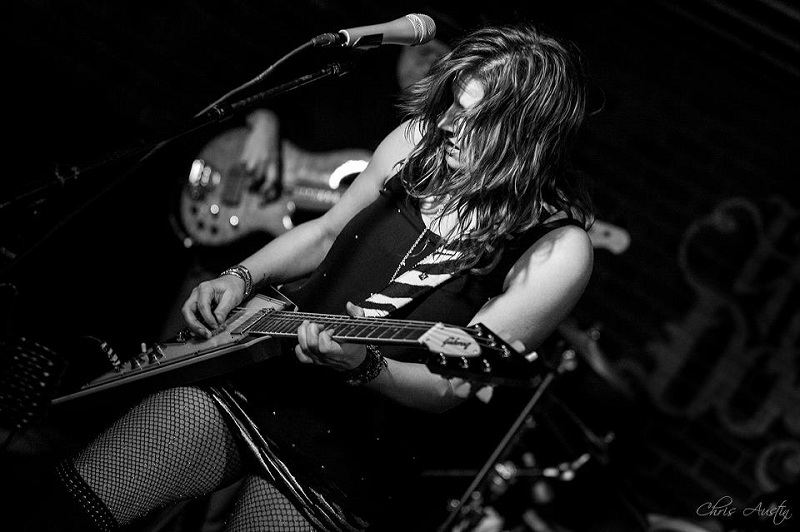 "With the blues, that’s what it’s all about..baring your soul. If I don’t, it’s not the blues."

Hands down the best jams are on the Legendary Rhythm and Blues Cruise. That is the mecca for all blues musicians and fans. I have shared the stage with some of my favorite blues heroes on that boat, and I believe that has been instrumental in getting my name out there. In saying that, being a featured act on the cruise has got to be the best gig ever.

I met Kenny Wayne Shepherd on the Blues Cruise and in talking with him about my music and relationships he told me something that has stuck with me ever since.  He said to me in my frustration with my stagnant music career and bad luck in love.... God has only 3 answers in any situation:  YES and gives you what you want, NO and gives you something better or WAIT...  because there’s something even better right around the corner. So either way, everything works out for the best so stop worrying.  And he was right.

My advice for anyone is to go for it, no matter how far- fetched an idea may seem.  If there’s something inside of you, pulling you to do something, it’s there for a reason.  I would rather look back on my life and say, wow, I can’t believe I did that...instead of, wow...I can’t believe I didn’t do that..... Now that would be a tragedy. 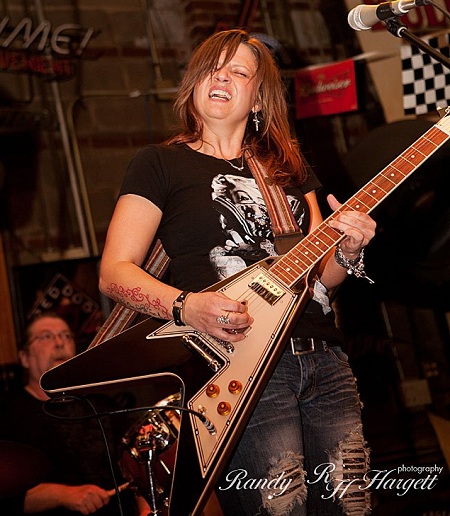 What do you miss most nowadays from the Blues of past? Do you believe in the existence of real blues nowadays?

In my opinion the blues hasn’t had an opportunity to be missed.  Sirius XM BB Kings Bluesville does an amazing job keeping our forefathers relevant today. There are also many artists that keep with the old tradition. The blues is as real today as it was back then...it’s just evolved... like us, to adapt to a changing world.  There are so many genres of blues out there today. It gives artists creative freedom to blur the lines and make our own traditions. I don’t claim to be any kind of expert on the subject but it’s all REAL blues to me.  I can hear the blues in everything.