"The art world is independent from the larger world. Art is autonomous. It flows forward in unexpected ways. It should surprise its beholders."

Michael Andre: Years Skip By Like a Stone Across a Pond

Andre is the editor of Unmuzzled OX, an occasional magazine of poetry, art and politics which began in 1971 as a quarterly and has produced 16 volumes. Andre edited and published two books by Gregory Corso, Earth Egg and Writings from OX. 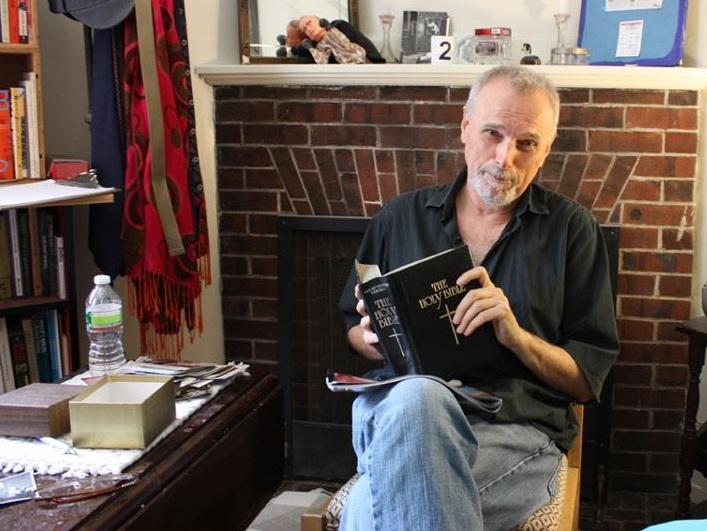 His opera, Orfreo, with music by Elodie Lauten, premiered at Merkin Hall in 2004. The two also collaborated on Sex and Pre-anti-post-modernism and S.O.S. W.T.C. He has two widely-available anthologies of selected poems: Studying the Ground for Holes (1978) and Experiments in Banal Living (1998). He has worked as a critic for The Montreal Gazette, Art News, Art in America and The Village Voice. His autobiographical essay was published in 1991 by Gale.

In addition to being a poet and editor, Andre was involved with social issues beginning in Paris in 1967 and sometimes appears as a Catholic homme de gauche. Andre has recited his poetry in London, Frankfurt and Paris, at various venues in New York including the Public Theater, St. Mark's Poetry Project, and the Bowery Poetry Club as well as at numerous universities and galleries throughout Canada and the United States. Since 1992, Andre has written a column called "New York Letter" for the Small Press Review.

When did you first write poetry?

MICHAEL ANDRE: I started writing poetry in high school in Kingston, Canada, and publishing it in college at McGill and grad school in Chicago.  I wrote some movie reviews for newspapers in Montreal and Chicago, but loved literature, especially, of course, poetry.

What does "ART" mean to you?

ANDRE: ART means New York.  In Chicago I read a number of anthologies of contemporary American poetry beside anthologies of recent art criticism. To my surprise, the same writers contributed to both. I realized poets in New York could make a living by writing art criticism. Then, fortunately, I received a Canada Council grant to study at Columbia in New York. My girlfriend’s room mate happened to be Laurie Anderson; Laurie was writing for John Ashbery’s ARTnews. Soon I was too.  And then the Village Voice and Art in America. 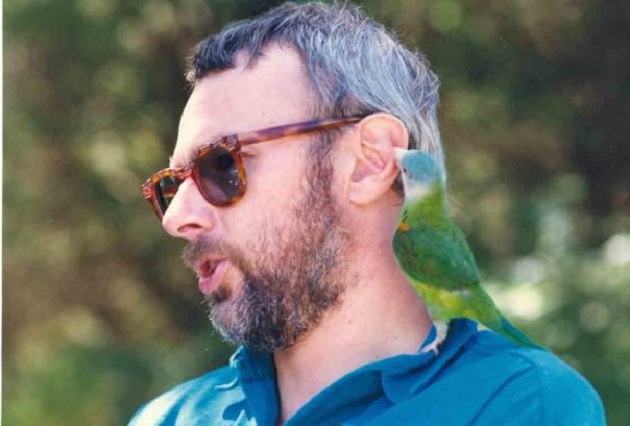 What do you learn about yourself from the poetry? What has it offered you?

ANDRE: Poetry is a lens. Poetry helps me see myself and the world -- and art.

What experiences in your life make you a poet?

ANDRE:  The years skipping by like a stone across a pond.

What characterizes the philosophy of Michael Andre and how do you describe your poetry?

ANDRE: My empiricism, to use the academic term,  is tempered by Roman Catholic atheism. In college I struggled between philosophy and poetry. One day, reading John Keats under a tree by Lake Ontario, I discovered that  I preferred poetry. But I still have to struggle against the abstraction of philosophy. Wittgenstein’s all well and good for a few pages of the Tractatus, but after you memorize these lines?

ANDRE: I wrote the libretto for An Elodie Lauten pseudo-baroque opera, OrfReo. It’s a bio-opera of the artist Ray Johnson. Ray invented Correspondance (sic) Art. Then he committed suicide.

My son, Ben, is a musician. So is Jane, his mother. Music’s life. I met Jane while working for the SoHo Baroque Opera Company. She was second flute and, because nobody else got along, she staged our first season. I’ve written songs for music by rockers. I especially like --

Down the toilet out to sea

Nobody means nothing to me.

Down to Hell up to the throne

“He travels fastest who travels alone.”

It’s never over when it’s on.

When it’s off  it’s forever gone.

I never work. How about you? 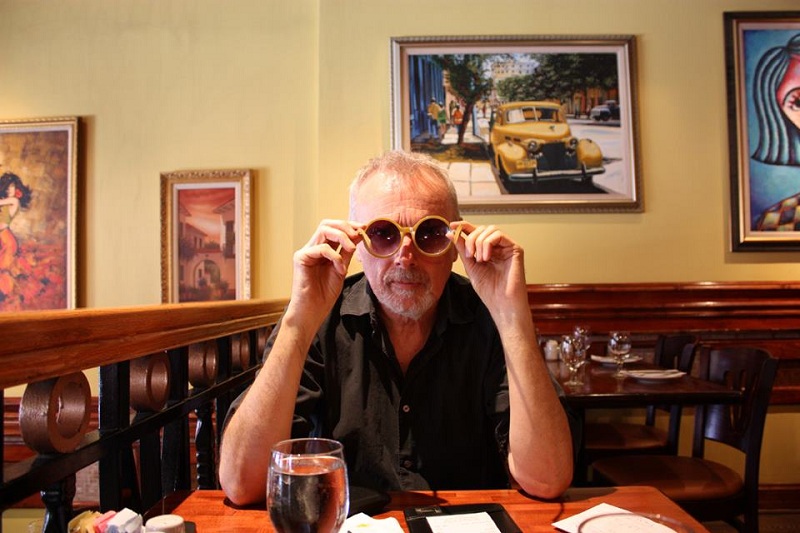 What is the relation between activism, art, music and poetry?

ANDRE: Multifarious. For instance, Dan Berrigan is a poet and activist and so was Allen Ginsberg. But if Dan is also a Jesuit priest, Allen is also Jewish. Allen did not forgive the Jesuits for the Inquisition -- even though, of course, it was those damned Dominicans. If you’re Jewish, just about everybody can look like a NAZI. Allen helped me raise money for Dan. He read in support of Dan’s activities. But, curiously, he refused to meet him. Allen also disliked Andy Warhol because, supposedly, he was Catholic. Allen only figured that out after Andy was dead. He enlisted Burroughs in a denunciation of Catholic Art. Corso, for once, rolled his eyes at such Ginsberg nonsense. Kirby Olson thinks Corso was in fact a Thomist.

You edited and published a magazine of poetry, politics and art. How did "Unmuzzled OX" come about?

ANDRE: I was in New York and working on “The Little Magazine.” Tom Beeler, one of its editors, was doing his dissertation on the history of literary magazines in the United States. Tom taught me how to  publish a magazine for practically nothing. He had, for instance, a small letter-press which he let me use. The first issue of Unmuzzled OX consisted of material rejected by “The Little Magazine,” an interview with Robert Creeley, work by Gary Snyder and other colleagues of Creeley, and material Douglas Blazek had collected for an aborted anthology. People mistakenly believed I knew everybody. Everybody for that reason wanted to know me.

What is the line that connects the legacy of the Beats to the Factory and beyond?

ANDRE: Allen Ginsberg and Andy Warhol were quiet rivals.  It seems obvious from various remarks that they hated each other. But they were both open-eyed and tolerant and so there was much inter-action between their friends and followers. Is there still a community of their cultural descendants? 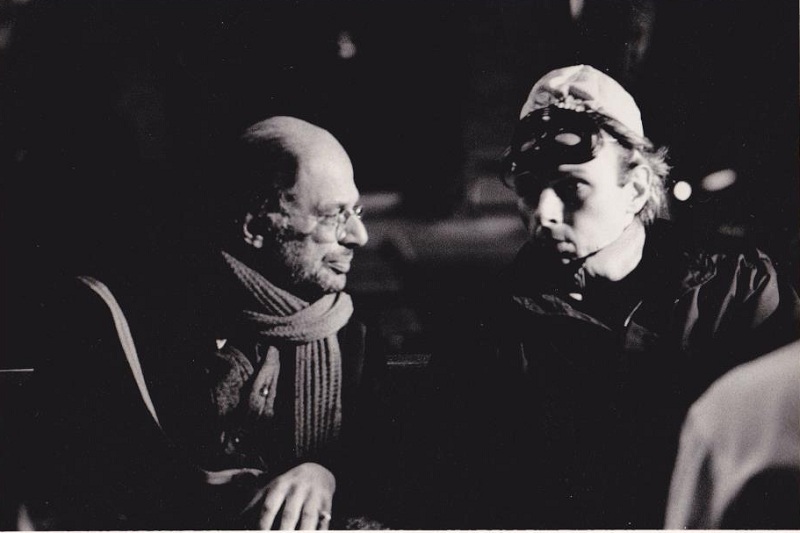 How is Beat culture connected to the underground and avant-garde?

ANDRE: The original Beats were junkies, drunks, thieves and murderers. Allen Ginsberg is merely gay but back in the day that, too, was a crime. It’s underground in that it‘s criminal. They are rebels, maybe they are sociopaths. Gregory Corso was junkie.  Even as I published him, he stole from my friends to support his habit. I regret introducing him to young women. He would sleep with them, they would go to work and he’d steal their jewelry, typewriters: It was shameful. The avant-garde is not necessarily underground or Beat. You can be affluent and law-abiding and nevertheless create startling new poetry and art. I myself am hopelessly law-abiding.

The Beats continues to generate such a devoted following in each new generation.

ANDRE: They seem to offer a viable vital alternative path. Why stick to the straight and narrow?

ANDRE: The art world is independent from the larger world. Art is autonomous. It flows forward in unexpected ways. It should surprise its beholders.

What memories and things (books, records, photos etc.) you would put in a time capsule? 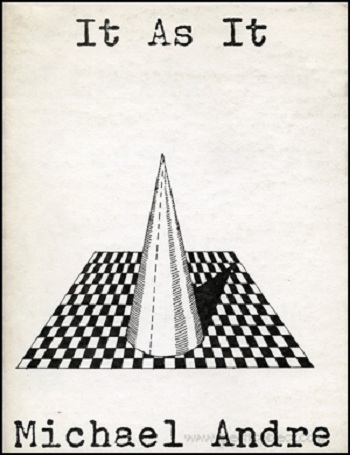 ANDRE: I’d like to put my books and a selection of my uncollected poetry and essays in an archive. Unmuzzled OX is already in an archive at the University of Tulsa. A time capsule is different, a more amusing proposition. When I was thirteen a buried a chest on a hillside filled with books, magazine and records from 1959. I put a poem in my father’s casket.

Which incident in your life would you like to be captured and illustrated in a painting?

ANDRE: Watching the World Trade Center collapse from a few blocks away. As Allen Ginsberg was known as the Beat poet, John Cage was the Silent composer. His most famous work is 4’ 33” of Silence.

I published a lot of Cage’s writing. On the morning of 11 September 2001, I had it all in the Kinko’s on Reade Street, and was determined to make it into a book. But the building shook. I said to myself, “Gas explosion. Someone’s been careless.” I looked out the window. There were flames a couple blocks south. Damn careless!  I resumed my work with greater care. Eventually there was another explosion. Parts of the World Trade Center bounced off the window. People outside were running.  Only the cashier and I remained in Kinko’s. “Oh my God,” she said on her cell. “Oh my God, oh my God, oh my God.”

I danced the John Cage Waltz starting precisely at 3:00pm 10 September  2009 at the southern foot of Trinity Place and then concluding north of there in the middle of James Street at 3:40.33pm. I walked silently past the site of the WTC. It was mediation and a mourning. I mourn John Cage and Emily Harvey and my mother who died March 6 and the victims of 9/11 and the many more victims of miasmal America’s horrible revenge.

What is the best advice ever given you and what advice would you give to a new generation?

ANDRE: When I was finishing my doctorate at Columbia, I ran a poetry series, and Robert Creeley was a frequent, favorite reader. After one reading he offered me a single word of advice: Graduate. He didn’t say: Teach.  That’s what Professor Creeley did: he taught. After a while, it damaged his writing. Graduate but don’t teach? No. Teach in a school or university? No. But here’s my advice: Teach. 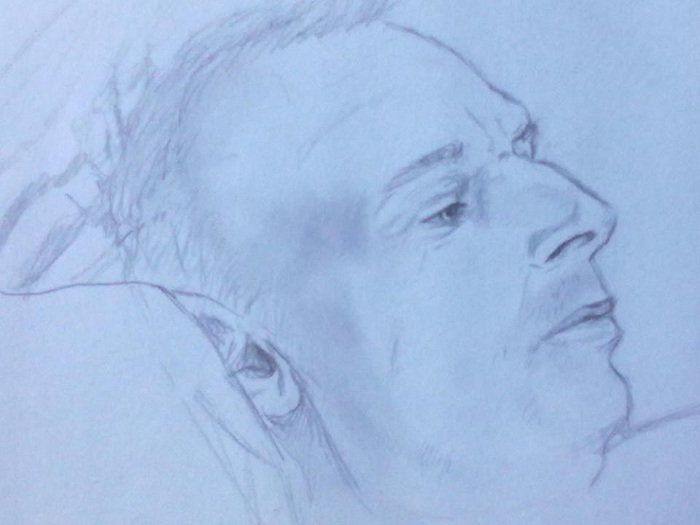