Interview with guitarist Wayne Riker: Playing guitar is the ultimate therapy and high for inner peace and tranquility

"Blues is the basis of all contemporary music since the turn of the last century. It is the universal language that all cultures understand.

Wayne Riker has dedicated four decades to the guitar. He has been teaching guitar since 1973,and has written ten instructional books, along with producing two instructional DVD's (Alfred Publishing).During seventeen years as a senior faculty member for the National Guitar Workshop,he has conducted dozens of worldwide clinics/concerts, and has co-hosted ones with Will Ray,Adrian Legg,Larry Carlton,Duke Robillard,Robben Ford, Marty Friedman,Eric Johnson,Luther "Guitar" Johnson, Dave Grissom, Ronnie Earl and Red Volkaert. 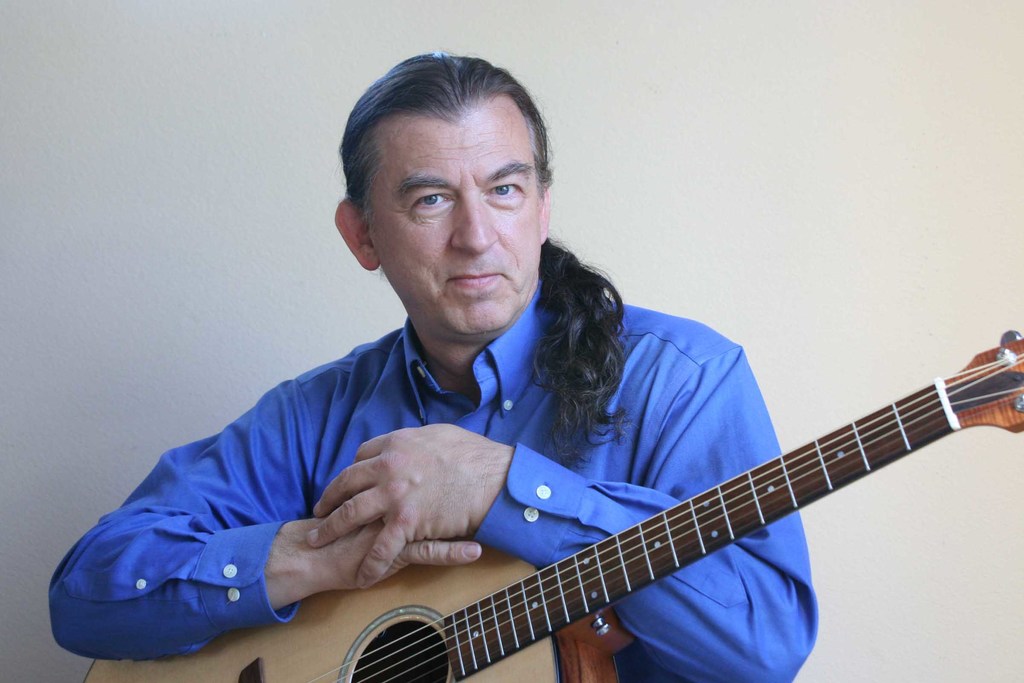 He has performed and toured nationally with dozens of groups since the late sixties in almost every imaginable genre, including rhythm & blues, rock, country, Top 40, funk, show, musical theater and jazz, logging nearly 6,000 gigs in that time.In addition to his private teaching schedule. He is also currently performing instrumental solo guitar concerts,featuring his eclectic mix of original compositions from his two acoustic CDs,"Fretology" and "Fretfull," as well as his two recent electric CDs, "Full Soul Ahead" and "Penumbral Sky", both receiving high critical acclaim and national airplay.

Wayne, when was your first desire to become involved in the blues & who were your first idols?

"Since much of Pop music in the 60's was influenced by rhythm & blues, it was easy for many of us learning guitar, in that time period, to discover many of the influential blues artists. On guitar; mine were B.B. King, Mike Bloomfield (Paul Butterfield Blues Band), Eric Clapton (John Mayall's Band), Buddy Guy, to name a few."

"My first gig was in the summer of 1967, in my hometown of New York City, in Greenwich Village, at the Cafe Bizarre, around the corner from the Cafe Wha, where Jimi Hendrix was making a one night return engagement there, following his three month run at the Wha the year before, in 1966, as Jimmy James & The Blue Flames. First band songs included "House Of The Rising Sun", "Gloria", "For Your Love", "Mystic Eyes", "Tobacco Road", "Time Won't Let Me", "Got My Mojo Workin'", to name a few." 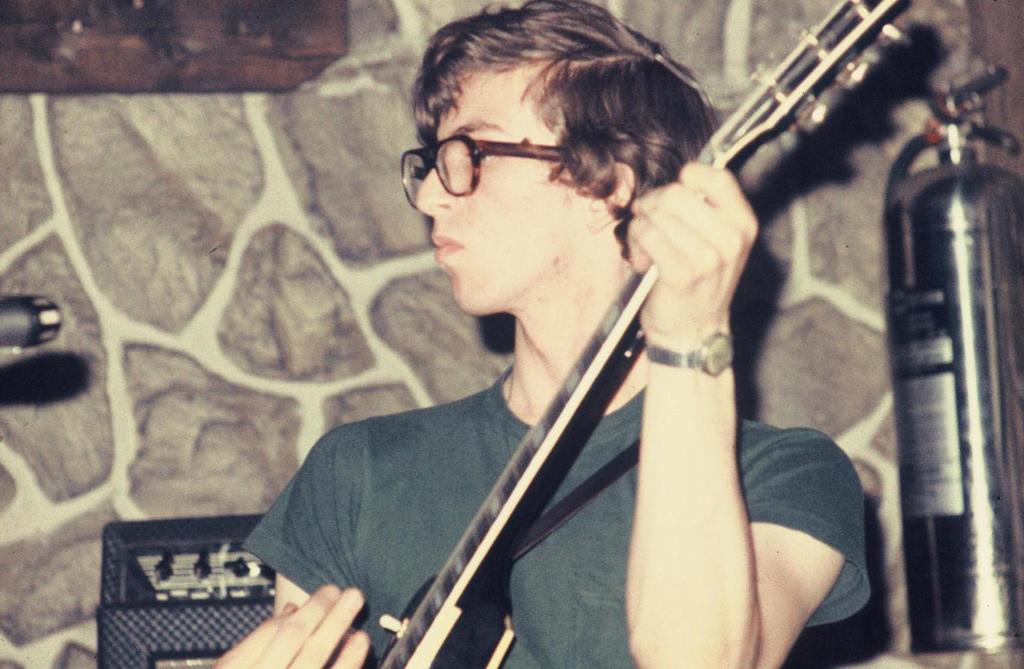 "Favorites include "The Stumble", "Sweet Little Angel", "Willow Weep For Me", "T-Bone Shuffle", "Summertime", "Stormy Monday", "Whipping Post", "All Blues", "Get Out of My Life Woman", to name a few."

"All three, high level players draw from each source, a combination of optimizing both sides of the brain. Great players combine fire and emotion in their playing with a strong command of musicianship on the fretboard."

"Blues is the basis of all contemporary music since the turn of the last century. It is the universal language that all cultures understand. Was lucky to have been born in a period of time in which the blues was at its' peak in establishing the many musical tributaries it spawned."

What do you learn about yourself from music? Three words to describe your sound & your progress.

"An outlet for emotional expression. My sound is a culmination of studying a variety of blues based styles, a smorgasbord of influences." 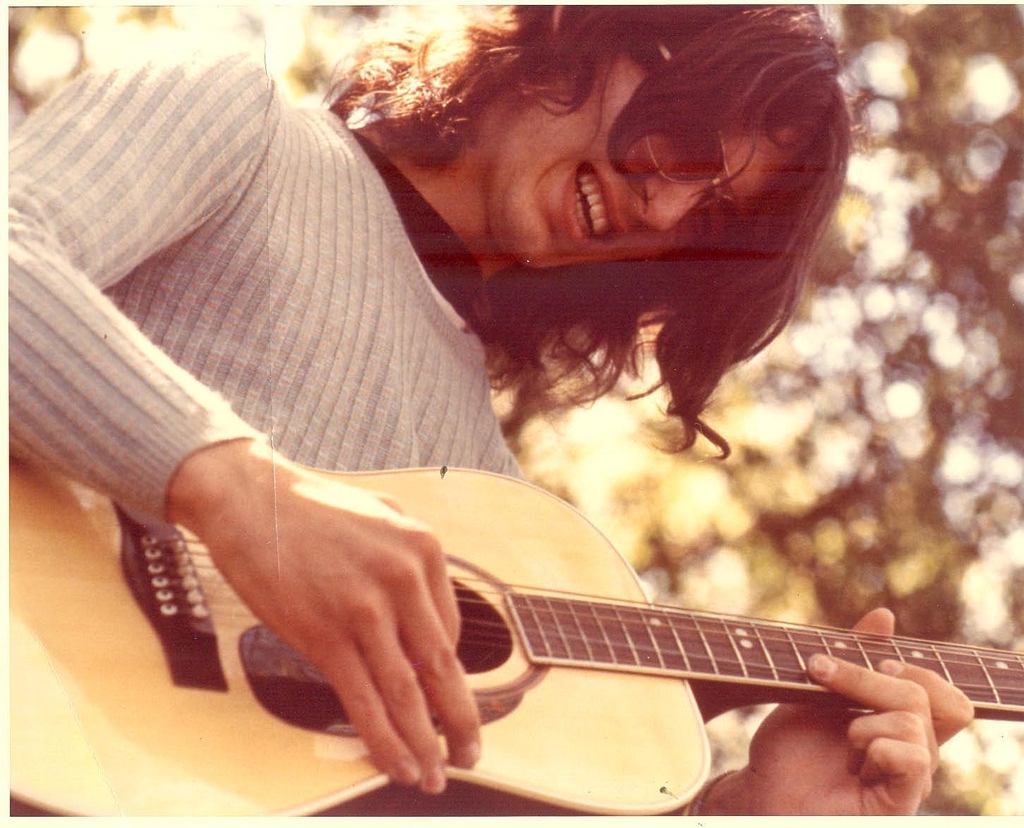 "Discipline, desire, confidence, and a work ethic to be the best I can."

"The closer musical camaraderie with others, and the magical connection of youth in a time of an incredible cultural revolution."

Do you remember anything funny or interesting from the workshops time?

"I spent 17 years as a senior faculty member for The National Guitar Workshop, between 1990-2006, co hosting workshops with many of the top technique players in the world. Always fascinating to learn about all the different learning approaches and circuitous journeys that many top players have taken."

What are some of the most memorable workshops you've had?

"During a week workshop in Austin, Texas, in 2002, I had 50 students in my class, a very memorable group of strong players and quality persons." 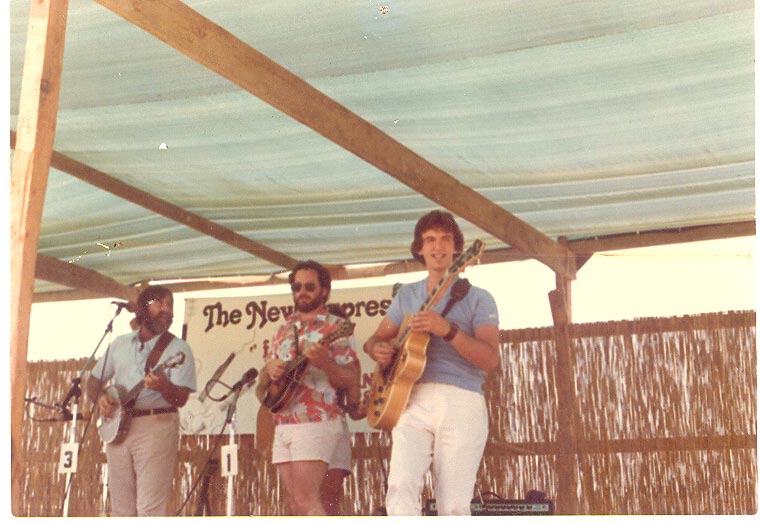 "Make a strategic plan that is goal oriented to what you want to do. Be as musically prepared as possible and throw yourself into your local music scene. Keep improving your musicianship as you play out. Play with many different musicians from all walks of music. Listen to constructive criticism. Music is a business, be as professional as you would be in any other line of work. Be prepared for many highs and lows, stay patient, but be persistent and confident in your abilities. Learn as many styles as you can. Develop vocal ability, even if it's just harmony singing. Pick up a second instrument as a possibility. If you sing, and or play a second instrument, you'll never be out of work, However,also have a backup plan if things don't work out. It can be music related, such as, teaching guitar, sound engineering, public relations, booking, website design, etc."

"Absolutely, each generation always has a portion of players carrying the banner forward in all phases of music, sometimes small, but usually mighty."

What advice would you give to one anonymous young blues musician? 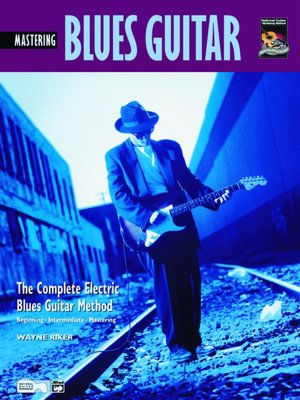 How easy is it to learn guitar from books?

"Easy, assuming the book is easy to follow. However, book information is only as good as applying it in real time scenarios. Like a language, when you learn a new word, immediately incorporate it into a sentence. Same in music, learn an idea, then utilize it in a tune that very night at a jam or gig."

Do you believe is it better to learn a classical or electric guitar.

"As long as it has six strings, go for it, although if someone wants to learn electric oriented music, start out on an electric guitar, no need to "graduate" from nylon to steel to electric."

What difference has a self-taught by one who has studied music?

"Having played with hundreds of musicians with all varying musical backgrounds, nobody ever asks how one learned. If someone plays great, that's the bottom line, regardless if they were self taught or formally educated."

"Probably my favorite guitarist that I co hosted a workshop with, in Connecticut in 1998. Played a few gigs with him as well. When I was jamming along to blues records in the 60's, he was on some of the albums, featured with Otis Spann, Junior Wells, Buddy Guy & Muddy Waters. Little did I know I'd be playing with him a few decades later, quite a thrill for me,"

"Johnny Winter, meet and hang with as well."

Of all the people you've meeting with, who do you admire the most?

"All, as I admire any and all players who take a dedicated musical journey, and develop their own voice on their instrument, from the well known players to the many unknown local players around the globe." 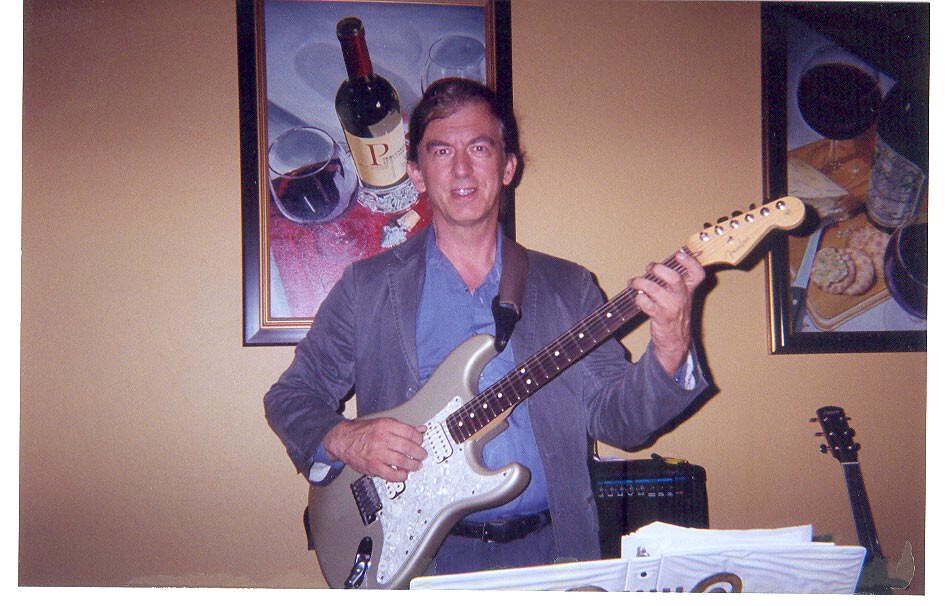 Some music styles can be fads but the blues is always with us. Why do you think that is?

The structural form of the blues is the blueprint for so many musical tributaries that stem from that structure. It's the root of the tree that will always be planted firmly in the ground, while many of its' branches come and go."

How do you see the future of blues music? Give one wish for the BLUES.

"Will always be bright. Many great art forms become "classical" in nature, but always enjoyed by that audience's aficionados and enthusiasts." 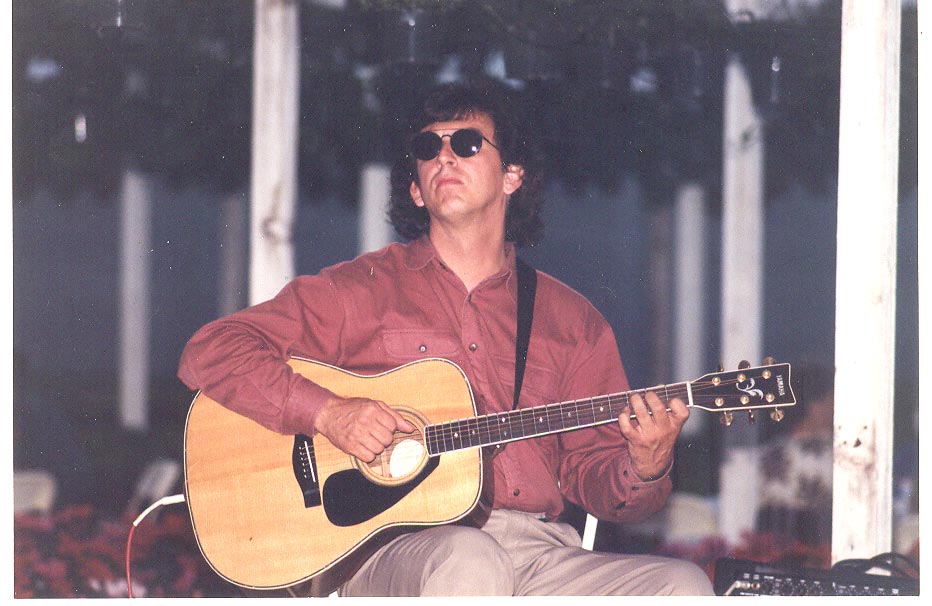 "From everyone and anyone who plays intelligently over chord changes, with a fire in their playing. My style is a salad bar of musical genres. I use a variety of musical phrases from all the tributaries of the blues, from rockabilly to R&B to jazz, in my blues styling. My last CD, "Penumbral Sky", demonstrates a wide range of mixed bag musical phrases."

"; there's nothing better then to lose yourself in all the possible fretboard permutations, colors and sounds that are being transmitted from your soul. Favorite players when I picked up the guitar were Chuck Berry, Buddy Holly, John Lee Hooker, Muddy Waters, Mike Bloomfield, Eric Clapton, Jerry Hahn, George Benson, Jeff Beck, John McLaughlin, Larry Coryell, Buddy Guy, to name a few in that time period."

I wonder if you could tell me a few things about your experience with Robbie Krieger.

"Co hosted a workshop with him in 1994 in Los Angeles. Blew me away with his expansion of knowledge and prowess on guitar since the 60's. He broadened his technique to become quite an adept fusion player. One of the few players from that era to have not rested on his laurels; Jeff Beck, another that comes to mind as well." 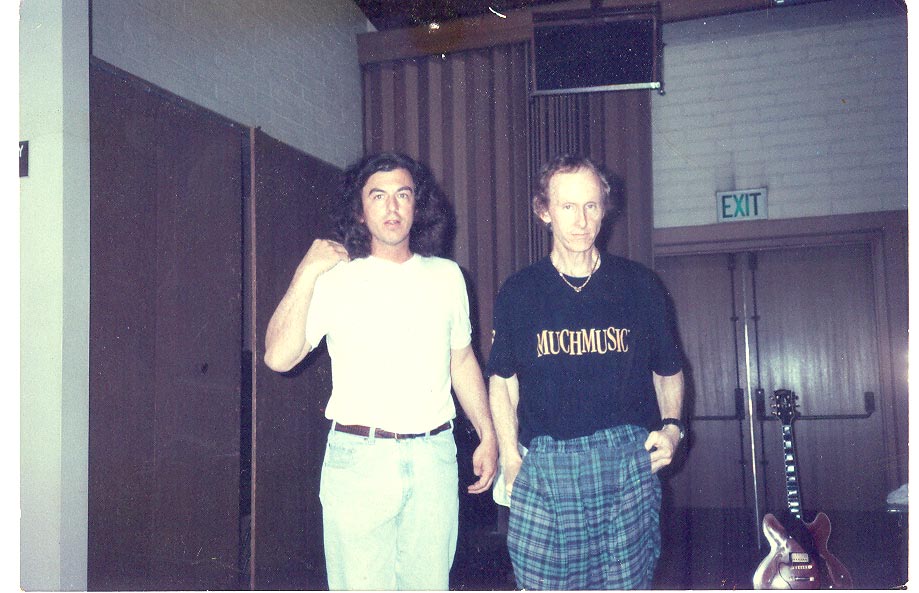 Tell me a few things about your meet & work with Robben Ford, what kind of a guy is Robben?

"Good guy, great player, and we both agreed on our biggest influence, Mike Bloomfield, for blues. Intense personality, and a perfectionist. Co hosted a workshop with him in Austin, Texas, in 2003, and played a concert with him. Gracious player to others, and loves to jam in and about with other guitarists when he conducts clinics around the globe."

"Keyboardist, Fred Lanuza, who plays on my latest CD, "Penumbral Sky". He has worked with me in many musical arenas, including band gigs, numerous musical theater productions, and on my audio discs for my Guitar Player Magazine instructional columns and my blues guitar instructional books."

"All hail to the three kings, although we should make it four: Freddie, Albert, B.B. & Earl, all tops. As for Muddy, "tell me about all the trials and tribulations in your life's journey as the most pivotal artist in the evolution of the blues, from the Delta to the urbanization northward.."