An Interview with guitarist/singer/songwriter Adam Holt: There are many music fads that come and go but the blues is history and it’s here to stay

"Blues artists are authentic, genuine, simple, and honest with their music, and that’s something that today’s varying artists are not."

Adam Holt: Nothing but the Blues truth

Adam Holt has made a living playing in bars since before he was old enough to be in a bar, and he’s carved his own solid niche on the Gulf Coast with his live shows, his original music, and his southern hospitality.
Take some Alabama red clay rock and roll, Mississippi blues, New Orleans gumbo funk, and Tennessee country, throw in such varied influences as British blues invasion, psychedelic rock and 80’s hair metal, then stir it up in a Gibson Les Paul and turn it up to eleven! From Robert Johnson to Dr. John to Tom Petty to Van Halen, Peter Frampton to Led Zeppelin, Adam’s varied influences make a mean fuel for the engine of his unique style, and he’s charting his own musical course. 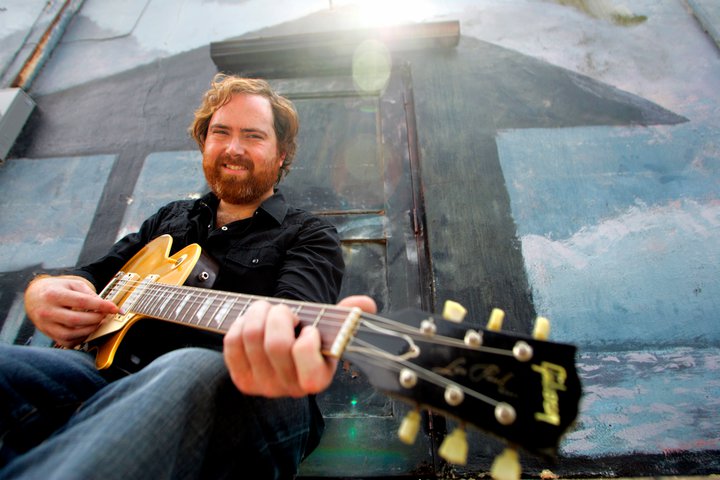 Holt’s newly released 4th studio album, The Sunday Troubadour, has ushered in a fresh but familiar sound he calls ‘New Southern Rock’. With its 10-song mix bag of Nashville sing-along’s played through a Marshall half stack, this new genre is appreciated by those too rock-n-roll for country, and vice versa. Holt’s earthy baritone voice and lightning fast guitar hands, make authentic roots music with melodies that are easy to wrap your heart around and hard to let go of.
Adam Holt has played with a non-stop rock-a-holic attitude throughout the Southern U.S., from major music festivals to hole-in-the-wall juke joints. Every fan is considered a friend and every venue is equally important. He’s shared the stage with legends and locals. His live shows have been seen by loyal fans across the south, while his recorded music is continually being discovered by new friends internationally.
Adam is a young veteran in the studio as well. He is a sought after session player, producer and mix engineer by artists throughout the south. His partnership in Dancing Dog Studio in southern Alabama has provided him a home for his recording, producing, and mixing endeavors. In whatever venue, Adam’s goal is always to make down-to-earth, quality music that brings people together for a good time. 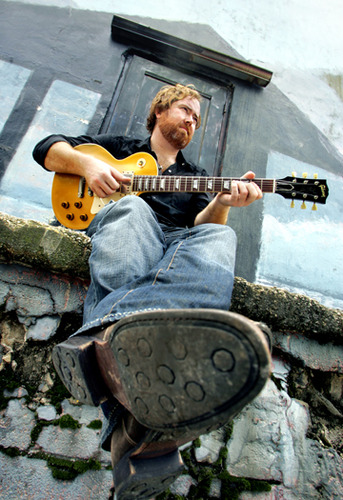 Adam, when was your first desire to become involved in the blues & who were your first idols?

My first experience with the blues was in 1998 when my father gave me my first blues album, Jimmie Vaughn ‘Strange Pleasure’. It is Jimmie’s debut solo album from 1994. I still love the album to this day. My father was a police officer and got the CD from a DJ at a club that he worked security for one night. I guess the DJ didn’t see the value in the album and thought he was just giving it away to a nice cop. Little did he know, it would help kick start my interest in the blues.

My music comes from all three: the heart, the mind, and the soul. You have to have a heart for what you do, and that’s with any profession or hobby. It’s fun to play music live and interact with a crowd. It’s also a very creative outlet for my mind when I’m songwriting. And as far as soul, I think there’s a difference between heart and soul. Coming from the heart gives an instant gratification to the heart and to a listener’s heart. When talking about soul, I see music as similar to a woman I am I love with. Will I still be in love with that woman as my soul mate in 10, 20, or 30 years? Absolutely.

I would like to meet Eric Clapton. Without trying to sound like he is my idol, I will say that Clapton is the epitome of what I would have liked to be. He has been inducted into the Rock n Roll Hall of Fame 3 times; he is a singer/songwriter with multiple awards, he is an incredible, accomplished guitar player who helped define the sound of an era. Although known as a rock god, he is highly respected and regarded among the blues legends of today, and has had the opportunity to live with and record with blues legends that have now passed on. Clapton holds the keys to doors I will never get to walk through. 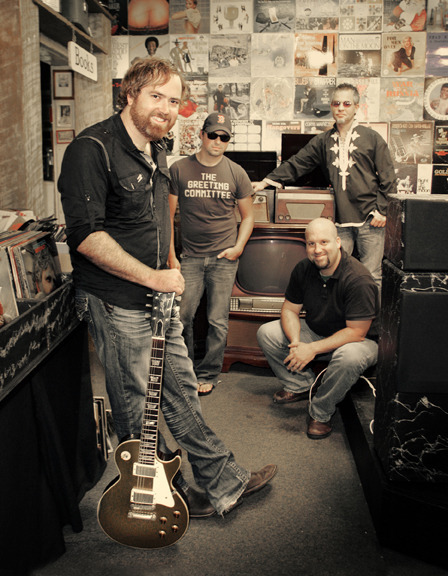 There are many music fads that come and go but the blues is history and it’s here to stay. There are many historical aspects of blues music that intrigue us as listeners. I know I personally enjoy hearing old recordings simply to hear the old microphones used for tracking the vocals. And knowing that the engineers only had 2 or 4 tracks to record a whole band with speaks volumes about the talent that was required to capture such performances with limited equipment. I think deep down, blues music resonates with us because of its simplicity; the old saying “three chords and the truth” holds true. Blues artists are authentic, genuine, simple, and honest with their music, and that’s something that today’s varying artists are not.

I certainly wouldn’t be having drinks with him at a juke joint in Mississippi!!!! Haha. I would probably want to just drive around Hazelhurst or Clarksdale with him in an old ’32 Ford, take as many pictures of him as possible, and play a gig with him that night.

What do you think of ‘New Southern Rock’ & how close are to BLUES?

I don’t know of any other artists beside myself that have categorized their music as ‘New Southern Rock’. I call it that because it’s a modern version of southern rock. And what makes it that are the elements of southern rock with modern songs written from a Nashville formula. The album was co-written and co-produced by some friends of mine who are Nashville songwriters, so the songs have a sincere, methodical style like those you would hear on mainstream country radio. But the songs are produced with a blues rock feel, which is my native style. Blues music is so prevalent in many styles of music, especially rock n roll. Rock n roll would not be what it is today without the blues inspiring such artists as Elvis Presley, Johnny Cash, the Rolling Stones, Led Zeppelin, Peter Frampton, Eric Clapton, and so many others. Hank Williams was taught to play guitar by a black shoe shiner in Alabama. Think about how much influence Williams has with country music to this day. Also, I huge majority of British rockers from the 60’s were very engrossed with the black blues artists of Mississippi. The roots of rock music and country music run very deep with the blues. 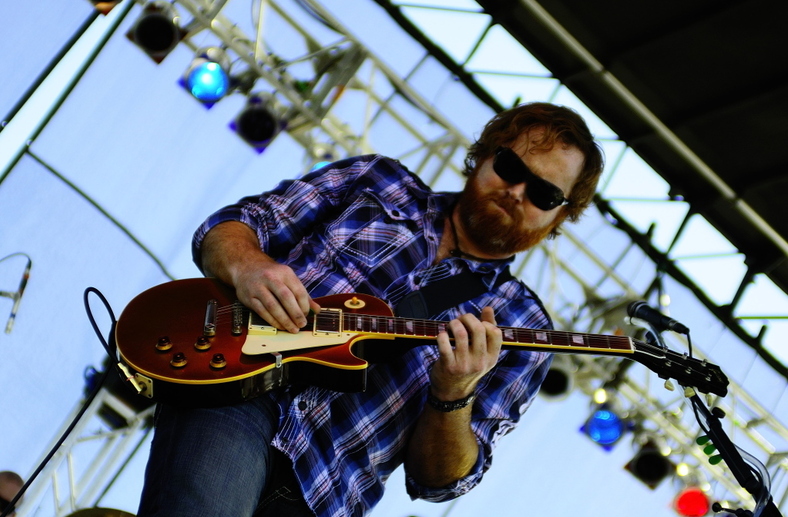