"The Blues means, real life experience-both good and bad that make you the person that you are."

Pete Galanis is best known as guitarist for Chicago Blues/Jam Band, Howard and the White Boys, having joined the band in 2004 at just 26 years old. Galanis’ tight blues chops—coupled with his natural versatility at handling the funk, R & B, and rock styles that have become Howard & the White Boys trademarks—have magnificently slotted right in with the group’s signature sound and have also lent it an exciting, youthful exuberance, readily apparent on the bands new Evidence Records release "Made in Chicago". 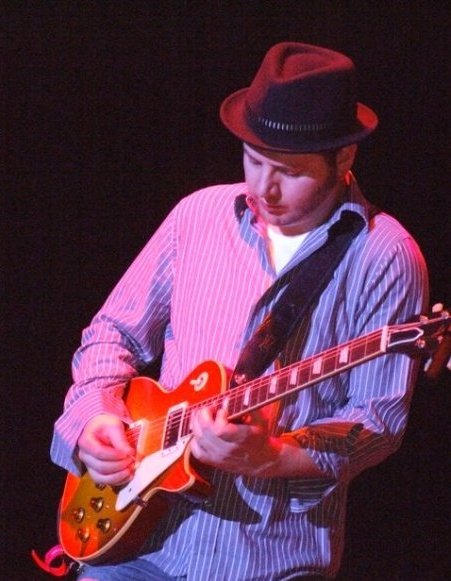 Pete, when was your first desire to become involved in the blues, what was the first gig you ever went to & what were the first songs you learned?

My uncle George had me listening to Blues at an early age.  He would find a way for me to connect with it for example, what little kid wouldn't want to hear someone named "Screamin' Jay Hawkins" or "Howlin' Wolf"?  Sometimes just an interesting name or album cover would be enough to catch my interest when I was a kid.  He is very much responsible for who I am and what I do today.  The first Blues show I ever saw was Eric Clapton while he was touring in support of his "From The Cradle" album with Otis Rush as the opening act.  Actually, when I started going to Rock concerts on a regular basis, Otis Rush was the opener for several of the shows I attended.  He was and will always be one of my favorite Blues Artists. The first songs I learned on guitar were Voodoo Child (slight return) and Red House by Jimi Hendrix. 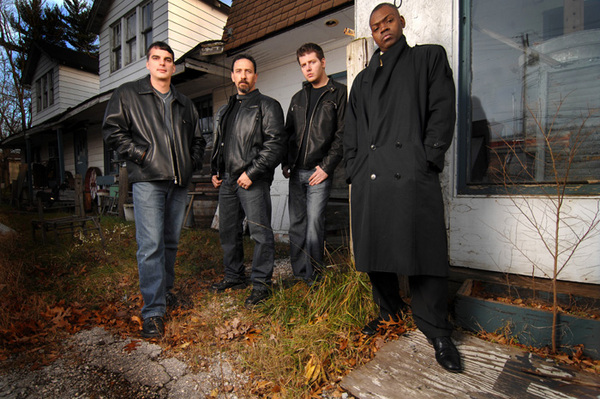 I'd have to say right now.  I've been playing with Howard and the White Boys for over 7 years, I have my own band, I play guitar with Rob Blaine's Big Otis Blues and with Buddy Guy's Keyboard player Marty Sammon.  I've started my own recording studio so it's a pretty busy and exciting time for me.  I've been recording many of Chicago's local talents both old and new.  I've had artists like Jimmy Burns, Eddie C. Cambell, Billy Branch, Bob Stroger, Ronnie Baker Brooks, Fabrizio Rodio, Guy King, Donald Kinsey, Marty Sammon, Doug McDonald, Eric Davis and Joe Moss record at my studio.

Would you mind telling me your most vivid memory from Rosa’s lounge?

Before I had my own night at Rosa's, I was working there as a sideman on Wednesday nights with Killer Ray Allison (former Buddy Guy and Junior Wells drummer) and after about 6 months of doing that gig, Tony Mangiullo and Mama Rosa asked me if I'd like to have my own night!!!  I was and still am very honored to be included in the clubs 27 year history of house bands.

One of the best moments in my career was in 2004 when I was asked to join Howard and the White Boys.  I had been sitting in with the band and even subbing as guitarist on occasion.  I was a big fan of the band since I was 16 years old, then at 26 I was asked to join the band  This past December I played with Buddy Guy 4 times in one month at his club and backed him up during the Blues Blast Awards. The worst?  I don't dwell on the negative…. 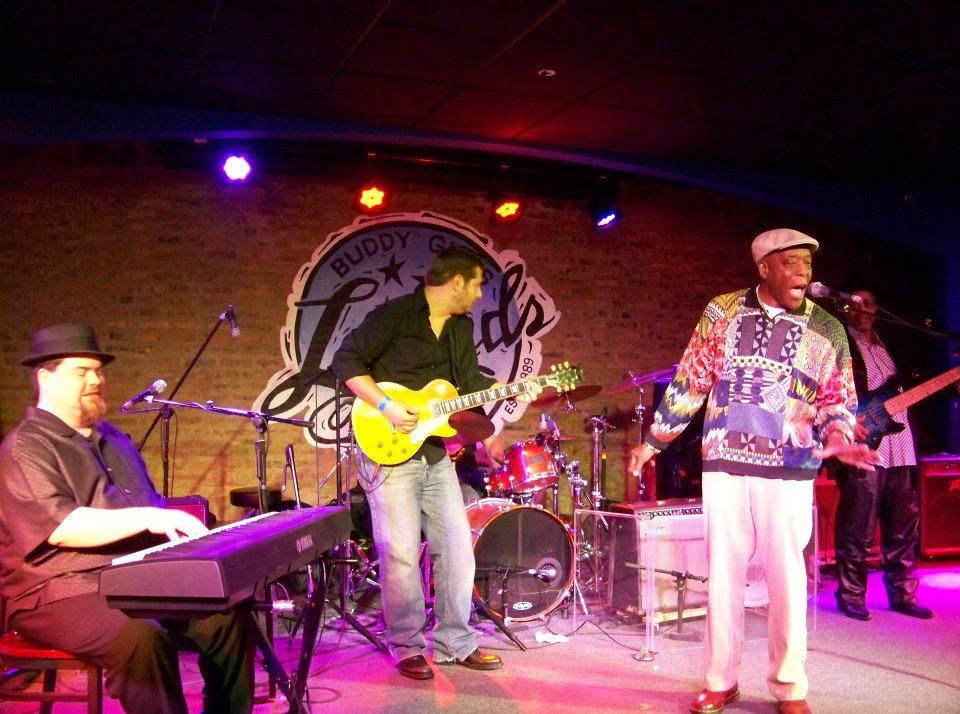 What does the BLUES mean to you, what does Blues offered you & what do you learn about yourself from the blues?

The Blues means, real life experience-both good and bad that make you the person that you are.  The Blues has made it possible for me to tour all over both nationally and internationally, something I wouldn't have been able to do doing anything else.  It's also the only genre of music where I can perform 7 nights a week in Chicago.  Blues every night of the week.

I think the whole point of a performance is to connect with your audience not just entertain them.  Thats what I try to do.

I've been very lucky that I've had the opportunity to meet and perform with some of my heroes.  I'd would loved to have met and seen Freddie King.  He was the total package-a great guitar player and vocalist.  He is a huge influence on me even from beyond the grave. 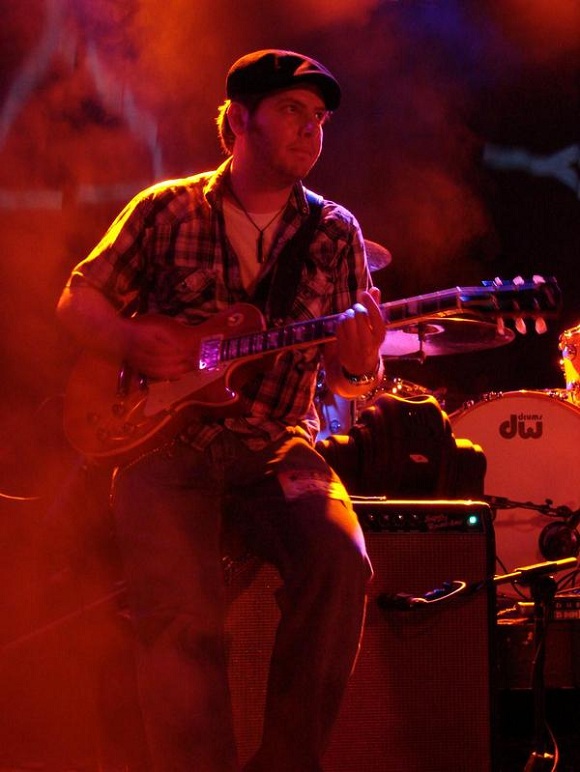 The Blues is where it all comes from.  It's like the starting line for modern music.  A lot of kids look at it as their parents music.  Well kids, then your parents have good taste in music.

Which artists have you worked with & which of the people you have worked with do you consider the good friends ?

Are there any memories of all GREAT ARTISTS you meet which you’d like to share with us?

I've always enjoyed talking with Buddy Guy, if you catch him in a talkative mood, he tells great stories from the road.  He's lived a lot of life and been through a lot to get where he is.  I'll leave the details for "The Buddy Guy Interview" I've had some great laughs telling and listening to stories with Wille"Big Eyes" Smith, Bob Stoger, Pinetop Perkins, Carl Weathersby, Dave Myer, Clarence Gatemouth Brown. Lurrie Bell is another.  I've been on tours with him and spent a lot of time on the road with staying up all night jamming and talking with him.  He's an amazing musician and person. You never know who you might run into playing at a Blues Club in Chicago.  I've seen Movie Stars like Vince Vaughn, Johnny Depp Tim Meadows and Mel Gibson,  Rock Stars like Ron Wood from the Rolling Stones, The Black Crowes, Robert Randolph.  It's an attraction for everyone, including celebrities.

My first guitar was a 1994 American Standard Fender Stratocaster.  These days I own over 30 guitars and my favorites to perform with are my  Gibson Custom Shop Historic 1958 Les Paul and my Custom made Telecaster style guitar made by Jay Montrose (he was Danny Gatton's guitar tech and luthier) 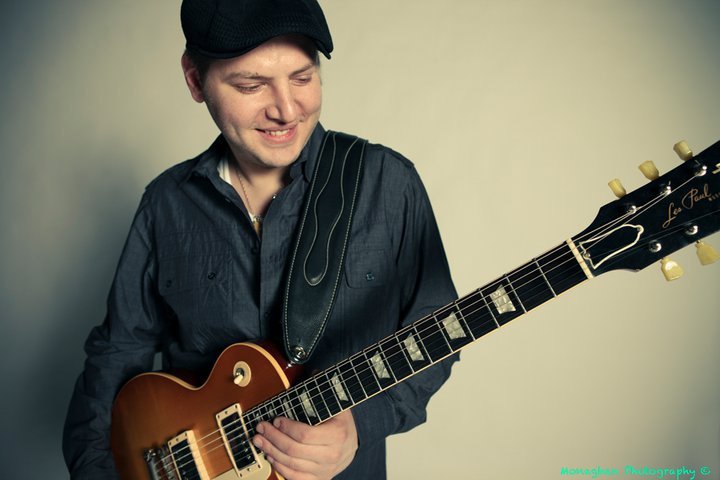 There are no secrets.  It's all right there in front of you on old records, seeing live music, and really critically listening to music.  It's all about hard work and dedication.

Maybe when I was a kid.  The sad reality is that the older Bluesmen keep getting older.  They are not going to be around forever.  Some of them receive the respect they deserve and some never will.  In the last year we've lost so many greats like Wille "Big Eyes" Smith, Hubert Sumlin, Pinetop Perkins, Honey Boy Edwards,  Gary Moore and Eddie Kirkland just off the top of my head.  Koko Taylor the year before that.  I'm seeing more and more younger musicians picking up the slack than I did when I first started out.  Real Blues is about emotion and playing your instrument vocally and tastefully or singing from your heart with lyrics you believe in.  That's what real Blues is. 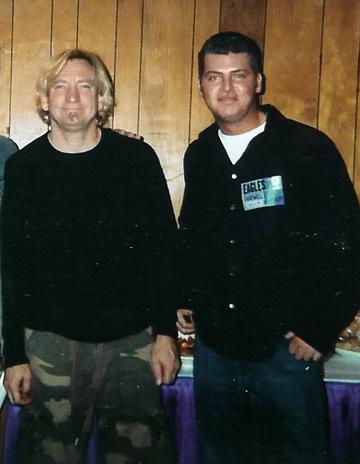 You have played with many guitarists, which are mentioned to be a legend. It must be hard, but would you try to give top 3, which gigs have been the biggest experiences for you? And why?

One time at Buddy Guy's club, I was playing a guitar solo with my eyes closed-really getting into it.  Then I get a tap on the shoulder and I open my eyes and it's Buddy Guy.  He had come up on stage to sit in with the band.  I went to take off my guitar to give it to him and he said "You ain't going nowhere, play me some more of that guitar boy!"   Another time at the old Buddy Guy's Legends during our set break Joe Walsh was in the audience and asked If he could sit in.  Of course I say yes.  So we get back on stage do a couple of songs and call Joe Walsh to the stage.  I take my guitar off and hand it to him and go to take a seat and he says "You got another guitar, lets play some music together"   A couple of summers ago out in Michigan I got to do an entire show with Larry McCray's band with Johnny B. Gayden on bass.  Larry is one of the most ferocious guitarists I've ever heard and never runs out of ideas.  He is just a monster player. Those are some of my favorite experiences.

Are you Greek? Do you have a message for the Greek fans?

I am 100% Greek.  Both of my parents were born in Greece I was born here in Chicago.  I have a house in Korinth that I try to visit every year and will be looking for places to perform….I know the band would love to visit.

What advice would you give to aspiring Greek blues musicians thinking of pursuing a career in the craft?

There is a big disadvantage not being able to see the Blues performed every night of the week in Greece like in Chicago.  Find some artists whose music you connect with and research who they listened to and were influenced by.  Then do your homework.