An Interview with Italian guitarist/ singer Guitar Ray Scona (& the Gamblers), Rockin' and Swingin' the Blues

"The blues is the real root of every modern music. It's everywhere."

Guitar Ray & The Gamblers: To be a man in troubles

Smokin’ guitarist and singer Guitar Ray Scona born and raised in Chiavari, Italy, in 1963, Guitar Ray started to play music at the age of thirteen. He soon got his first real guitar, a Fender Strat, bought with his own pocket money and still with him after 30 years of career. Felt in love with the Blues after listening to the classic records of Jimmy Reed, Howlin Wolf, Muddy Waters, B.B. King, T-Bone Walker, he never stopped to keep the Blues alive. 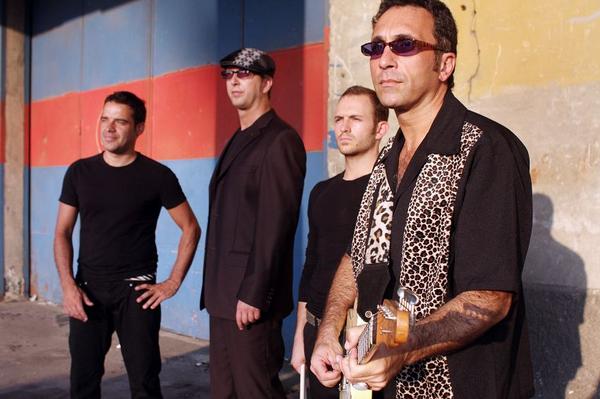 Soon after coming off the road, he got a call to do a tour with California Blues guitarist Otis Grand and everything changed: Otis wanted to produce “New Sensation” Ray’s first record, and the second, “Poorman Blues”, came naturally. Immediately top 5 on “Pool 2008 International” Blues News Germany, “Poorman Blues” is now receiving airplay in Europe and the United States. Guitar Ray’s style is that of elegant notes, of sudden accelerations and dynamics which recount his own life story and his everlasting love for the Blues. His particular “groove” is authentic and genuine which is always required by the idiom and his many prestigious collaborations and performances in Italy and abroad confirm his artistic stature.

He played with Otis Grand, Jerry Portnoy , Sonny Rhodes, Jumpin' Johnny Sansone, Keith Dunn, Paul Reddick, Roxanne Potvin, Deitra Farr, Lea Gilmore, Big Pete Pearson and many others. Guitar Ray and his band, The Gamblers, make a Blues mission of their travels around the world. The Blues as played by Guitar Ray reflects everyday life and his fascinating nuances will grab your attention like an great photograph, a wonderful book to read, or a life-passion to be lived intensely. Ray, when was your first desire to become involved in the blues, what does the BLUES mean to you?
Listenin' to BB King. My desire was :”I wanna sing and play that way”. To me the blues is my life and I'm completely devoted to my career.

Who were your first idols, what have been some of your musical influences?
I told you : BB has been my first idol then I knew T-Bone Walker, Magic Sam, Freddie and Albert King, Otis Rush, Muddy Waters and all these old guys.

What were the first songs you learned & what was the first gig you ever went to?
That was long time ago. My very first song was a guitar boogie when I was 12 and my first gig probably at the age of 16 but that wasn't a blues gig.

What characterize the sound of Gamblers?
We worked together such a long time: 12 years and we know each other very well. 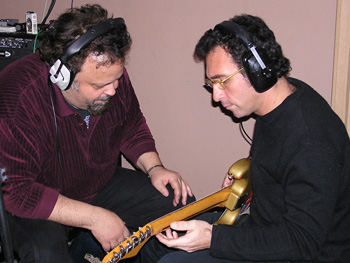 Which was the best moment of your career and which was the worst?
The best moment : meeting Otis Grand in 2002. He teached me a lot, he become my producer and a big friend of mine. I had many bad periods in my career but I always tried to find out something to learn.

From whom have you have learned the most secrets about blues music?
From every artist I worked with but definitely Otis Grand.

Would you mind telling me your most vivid memory from Otis Grand? What advice has given to you?
He never sleep, so we spent a lot of night time together. We were in Switzerland during my first tour with him (2002) and that was a magical night for me. We were in my room with all the band, after the gig at Pasinetti, listening to a live BB King record. I asked him to play something for me and he did more. He played his guitar for a couple of bars and gave it to me waiting for an answer. I played and he slapped my hands. “Don't play notes Ray, play feeling” . We played like that for a longtime. He was starting to teach me how to play blues.

How would you describe your contact to people when you are on stage?
“Special”. It's a live show and what happened is unique. So it's just special. I love to be in touch with the audience. Which is the most interesting period in your life and why?
21 years ago when my son was born and 13 years ago when I met my wife and I start to play my own project with The Gamblers. Why ?  Because every dream came true.

What do you think is the main characteristic of you personality that made you a bluesman?
To be a man in troubles.

Which of historical blues personalities would you like to meet?
BB King !!!

Some music styles can be fads but the blues is always with us. Why do think that is?
Because the blues is the real root of every modern music. It's everywhere.

Are there any memories from Jerry Portnoy, Sonny Rhodes, Deitra Farr, Big Pete Pearson and many others, which you’d like to share with us?
A lot. Work with these ladies and these gentlemen made me happy. They are all legends and I feel so honored and lucky at the same time. 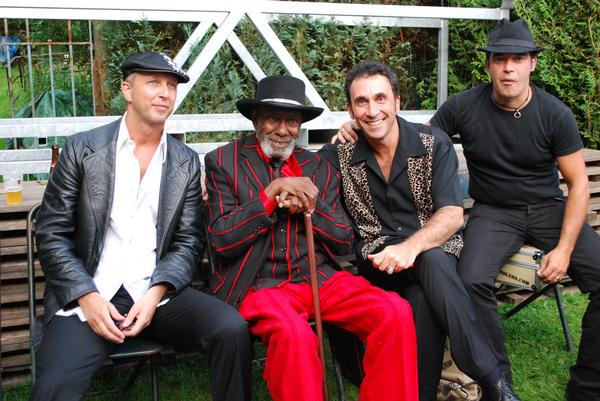 What’s the best jam and gig you ever played in?
Lisboa. I played in front of 65.000 people. I was part of  Otis Grand Big Blues Extravaganza with Brian Templeton, Marty Ballou, Marty Richards, Anthony Geraci and the Roomful of Blues horn section. That was really exciting. There's a video of one of my favorite tune: Please don't leave. Check it out my youtube channel.

How/where do you get inspiration for your songs & who were your mentors in songwriting?
From life. The blues is life. I'm working on my new cd with Paul Reddick. He's from Canada and I worked with him for his european tour organized by BlueBridge a couple of years ago. He's a friend of mine and a fabulous musician but most of all he is a great songwriter, I'm learning a lot.

What advice would you give to aspiring musicians thinking of pursuing a career in the blues craft?
Don't do that !!! But … If you really (I mean REALLY) love the blues, you have to be prepared: you can't expect a free ride. To be on stage is just part of it, and just sometimes the best part. 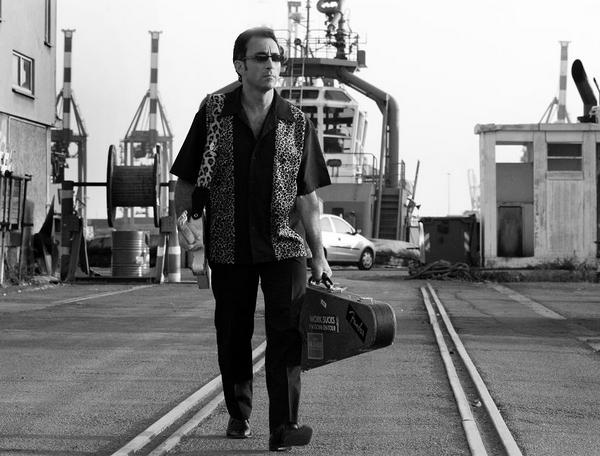 Any of blues standards have any real personal feelings for you & what are some of your favorite?
As the years go passing by is one of my favorite but I'm not so sure this is what you call standard. Anyway it's my live dvd's title track. I love to play all BB's classics and sometimes I use to play live Everyday I have the blues and How blue can you get. I get crazy with T-Bone Walker's Strollin' with bone and one of my opening song is a Clarence Brown tune Okie Dokie Stomp.

When it all began for the blues in Italy, who is considered the "godfather" of the blues in Italy?
Definitely Fabio Treves. He started to play blues in Italy in 1974. I joined the band form 1990 till 1994. Big stages, TV shows and a lot of gigs. He's a big friend of mine and I still use to play with him sometimes. 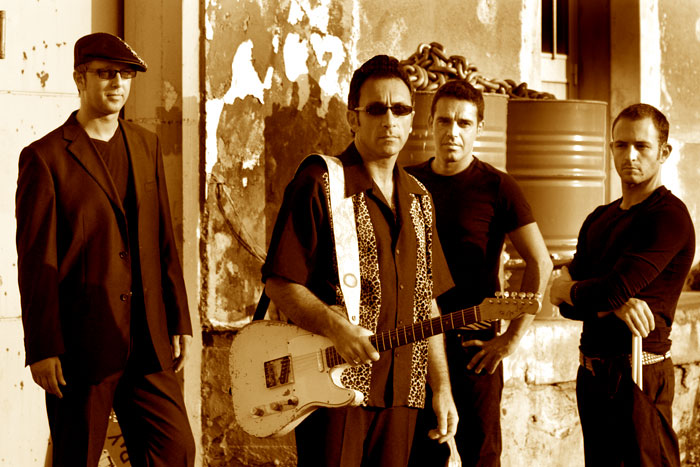