An Interview with bluesman Jimmy D. Lane: I consider myself a lifelong student of the blues

"Blues can be considered a way of life and it definitely is a feeling. The feeling has many shades...from low, dark blue to electric, fiery red."

In the Name of  the Blues

Lane was born to the Chess blues musician Jimmy Rogers and his wife Dorothy. In his childhood, he got to know many older bluesmen who worked with his father, including Muddy Waters, Howlin' Wolf, Willie Mabon, Little Walter and Albert King. Lane would say years later, "I feel blessed and fortunate to have known all those cats and I do not take it for granted”.  Lane moved to Canada in 2007 and began, the now completed, double album project with his wife Beverly Butler' Lane. Lane's music has been likened to that of Stevie Ray Vaughan whose former band Double Trouble played with him on the 2004 album It's Time.

To talking about the childhood of Jimmy D. Lane (born 1965) is to talk about the who’s who of Chicago blues. See Jimmy D. Lane’s father is Jimmy Lane but he used his step fathers name for a stage name. The world knows him as Jimmy Rogers. Jimmy Rogers played guitar in Muddy Waters All Stars along with Little Walter and Otis Spann. All four had their own record deals with Chess Records. Jimmy D. Lain remembers “Pops” would have his friends from work come over to the house. Friends like Muddy Waters, Little Walter, Otis Spann, Albert King, BB King, and Howlin’ Wolf . Jimmy said, as an eight year old he didn’t really know the importance of “pops” and his friends. He did not care who Howlin’ Wolf was he just wanted Mr. Burnett to not be so loud. 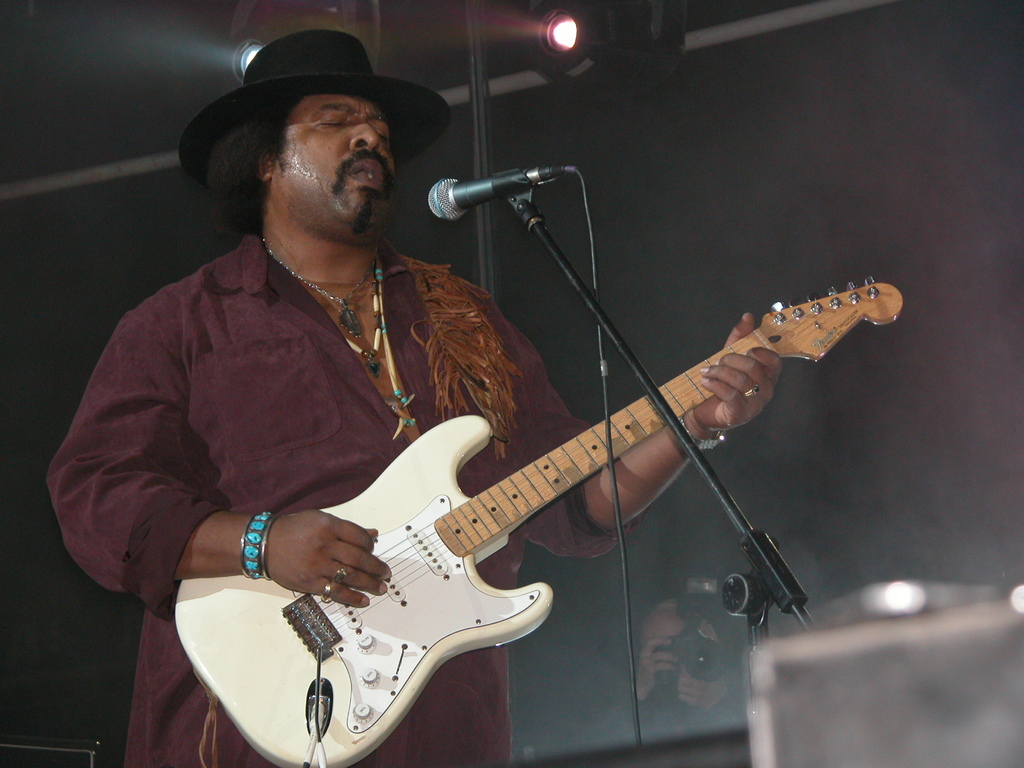 Jimmy D. Lane was more interested in Jimmi Hendrix and Ceram than Jimmy Rogers and his friends. The funny thing is Hendrix, Clapton, The Rolling Stones, Led Zeppelin and many others of the time were looking to Jimmy’s dad and friends for their inspiration. To young Jimmy, Jimmy Rogers was just “pop” the one making him take out the garbage at night. Jimmy says he kind of came in the back door to the Chicago Blues by way of the English blues rockers. While still young he played around with an acoustic guitar given to him by movie star John Wayne. Jimmy went over and over his dad’s old records as well as Muddy Waters, Albert King, Robert Lockwood Jr. and Jimi Hendrix to learn all he could from them.

Jimmy D. Lane had his own band and in 1987 became the lead guitarist in Jimmy Rogers Band also. This was a tuff job for Jimmy traveling to do his dad’s gigs then going back out on their brakes to tour with his band. In 1997 wile Lane was bouncing from shows with his band and shows with Jimmy Rogers and his band they stopped in to Ocean Way Studio. Jimmy Rogers was going to recorded a new cd with some of his old friends and admirer’s. Lowell Fulson, Johnnie Johnson, Ted Harvey, John Koening, Freddie Crawford, Jimmy D. Lane, Kim Wilson, Carey Bell, Taj Mahal, Jeff Healey, Stephen Stills, Eric Clapton, Jimmy Page and Robert Plant all showed up to work with Jimmy Rogers. The Rolling Stones had booked the studio down the hall for the same days so in between working on Bridges to Babylon Mick Jagger and Keith Ritchards would run down the hall to work with Jimmy Rogers All-Star band.

Let's talk about the blues with the son of the blues...

Jimmy, when was your first desire to become involved in the blues?

After hearing Jimi Hendrix's version of  “Hey Joe”. It was then I decided to buy my first guitar

Which of the people you have worked with do you consider the best like a friend? 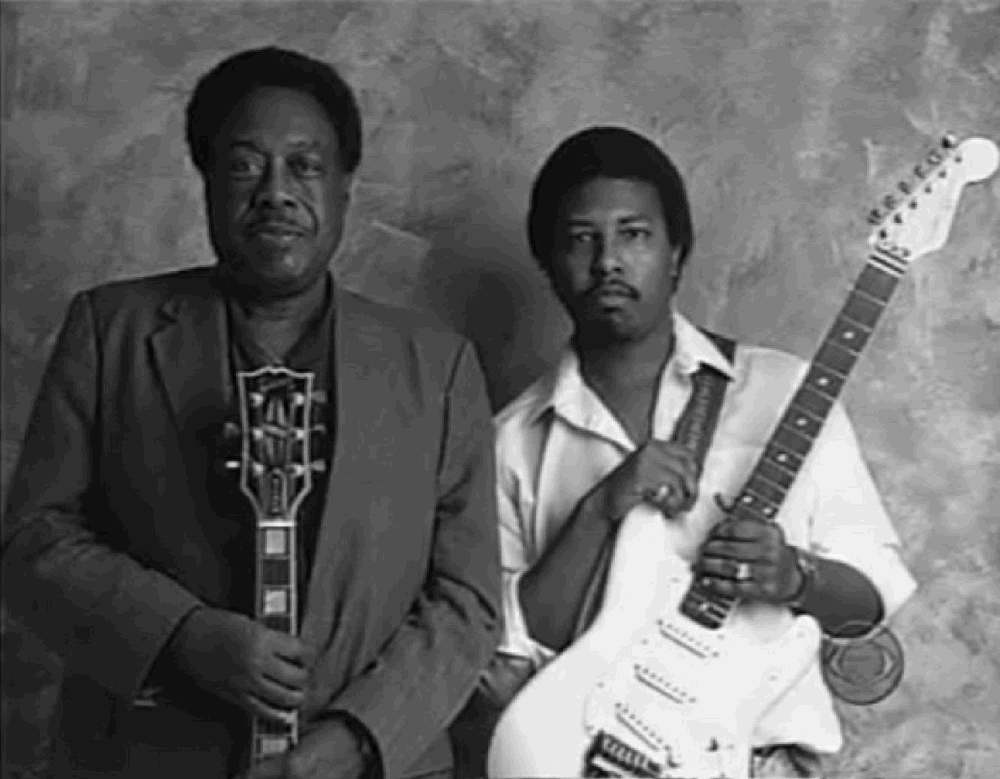 You must've met a lot of the famous bluesmen. Is there one that really stands out in your mind?

Blues can be considered a way of life and it definitely is a feeling. The feeling has many shades...from low, dark blue to electric, fiery red.

I've had lots of good and bad moments...(laughing). A good moment was standing next to my Father onstage in Europe and hearing an audience of about 8,000 people singing “Walking By Myself” with him. One of my bad moments happened when I started playing a solo at a festival and my amplifier went dead after the first note.

How was your relationship with the other bluesmen in Chicago?

As far as I know. We all share a mutual respect for one another. I consider all of my father's friends (the elder statesmen of the blues) my fathers as well.

I'm just a dad and a husband who happens to be a blues musician...(smile) 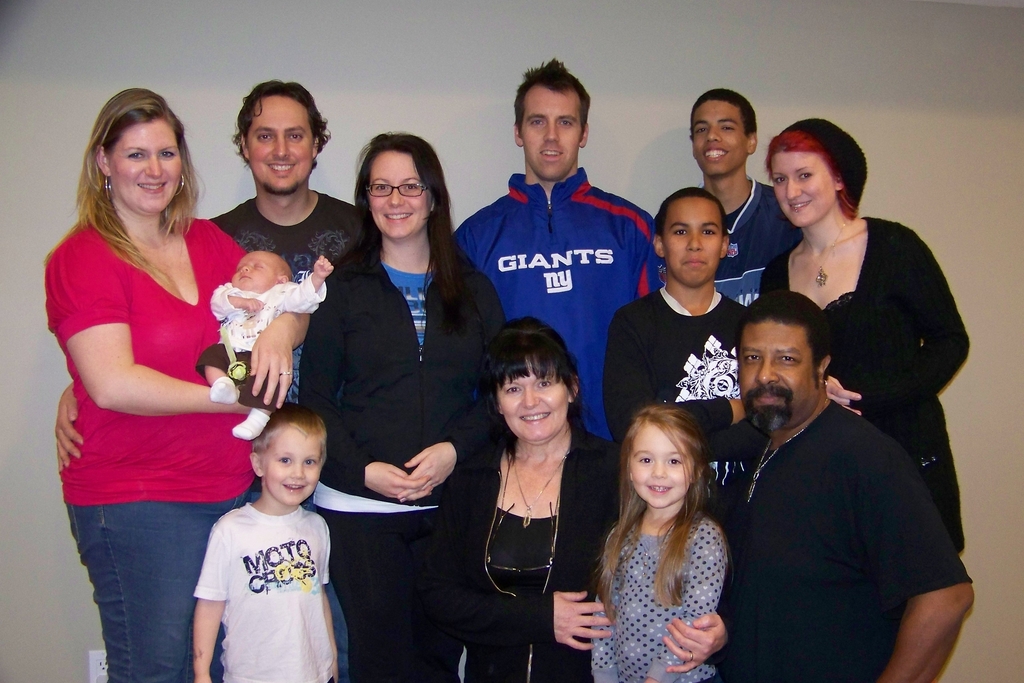 Blues represent many things to me. One being a feeling. Another being the lifestyle my father, mother and grandparents had...as they grew up in the south. We, today have a different kind of blues. It's no longer about share cropping or slave masters but about equal rights, the economy and survival of our children and ourselves. Huh...that being said, I guess it is the same...smile

Tell me a little bit about your acoustic project

I have always liked the natural sound of acoustic guitars. So, it was fun to have an opportunity to record with one. I enjoyed all the acoustic recordings we did with APO Records

What makes you so popular? You are one of the most popular acts in blues scene.

Well. I don't know about all that. I'm just a dad and husband...(smile). I have fun playing music. Guitar is a big part of my life...second only to my family

You’ve got huge crossover appeal. How do you do it? What’s your magic?

I've never thought about that kinda thing. I just write and play what I feel. I appreciate the audiences participation in my concerts

I think they are. It's just expressed differently than in my generation and my father's generation.

That it continues to be appreciated by people...all around the world

Blues offer me a platform of expression. Also, an opportunity to share my ideas and some of my feelings with people who may be experiening some of the same feelings and emotions about various things in life. 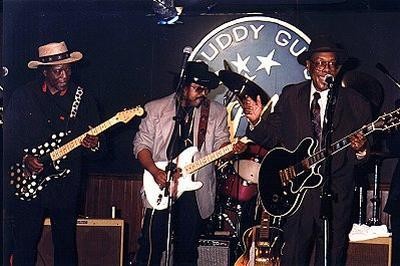 I am very proud of my father and proud to be his son. I miss him dearly

Do you agree “ Master of Blues”?

If you are referring to me, I consider myself a lifelong student of the blues

Keep enjoying the Blues and...thank all of you for enjoying and supporting my music as well as my Father's