John Colbert was born in Greenville, Mississippi, moving to Memphis, Tennessee with his family as a child. Generally known as "J." or "Jay", he acquired the nickname "Blackfoot" as a child, for his habit of walking barefoot on the tarred sidewalks. In 1965, after spending some time in Tennessee State Penitentiary in Nashville, he recorded a single under his own name for the small Sur-Speed label, before returning to Memphis, where he was heard singing in a street corner group by David Porter of Stax Records. 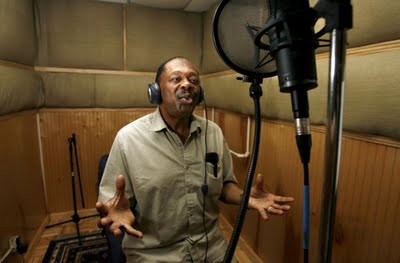 After the plane crash that claimed the lives of Otis Redding and four members of The Bar-Kays, he joined the reconstituted group as lead singer, and performed with them for several months but did not record.

In 1968, after Sam & Dave had moved from Stax to Atlantic Records, Porter and his songwriting and production partner Isaac Hayes decided to put together a new vocal group of two men and two women. They recruited Blackfoot, together with Norman West, Anita Louis, and Shelbra Bennett, to formThe Soul Children. Between 1968 and 1978, The Soul Children had 15 hits on the R&B chart, including three that crossed over to the Billboard Hot 100, and recorded seven albums.

The Soul Children disbanded in 1979. Blackfoot worked with bands in the Memphis area, and recorded solo for the local Prime Cut label. In 1983, he began working again with writer and producer Homer Banks, with whom he had recorded with The Soul Children, and recorded "Taxi", a song originally written for Johnnie Taylor but not recorded by him. Blackfoot's record rose to no. 4 on the R&B chart and no. 90 on the pop chart, also reaching no. 48 in the UK. He recorded several albums, and had several more R&B hits on Banks' Sound Town label before moving to the Edge label formed by Al Bell in 1986. In 1987, he had another significant hit, "Tear Jerker", a duet with Ann Hines, reaching no. 28 on the R&B chart. He later moved to the Basix label, continuing to release albums into the new millennium.